When you live in Hawaii, why bother cooping yourself up indoors? Residents of many temperate locations around the world, from Singapore to Costa Rica, commonly live in houses that aren’t completely closed off, as their design prevents heat from building up inside and allows cross breezes to cool and ventilate the interior spaces. Those of us who aren’t used to that idea might worry about our indoor spaces being infiltrated by pests, but it’s certainly possible to find a happy medium that integrates indoor/outdoor spaces while preserving a few fully-walled rooms. 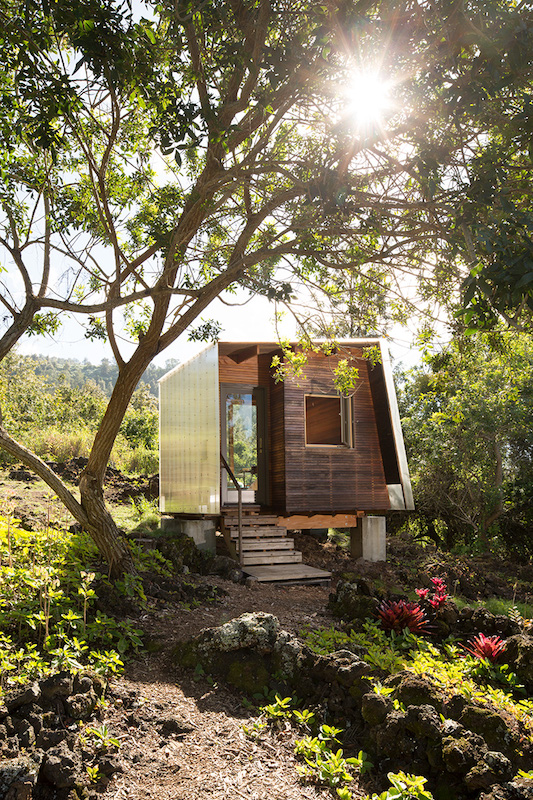 This beautiful home in Maui by FLOAT Studio makes the most of its stunning, warm environment without completely sacrificing the privacy of its inhabitants. “Outside House” is a pair of pavilions set across from each other on a landscape full of jagged black volcanic rock (which itself was produced by a 300-year-old lava flow) and punctuated by colorful tropical plants. The client, a Hawaiian native who grew up on the nearby Keawakapu Beach, is used to spending most of her time outdoors and wanted to capture the sense of unrestricted freedom she felt on the island as a child.

Architect Erin Moore prioritized the wildness of the land for the design, aiming for a home that wouldn’t make the lot feel domesticated or developed. Both of the 120-square-foot pavilions sit lightly on the building site — Moore named them “Mauka” (facing the mountains) and “Makai” (facing the sea.) One is enclosed, offering a bedroom and a workspace, while the other is completely open to the elements. 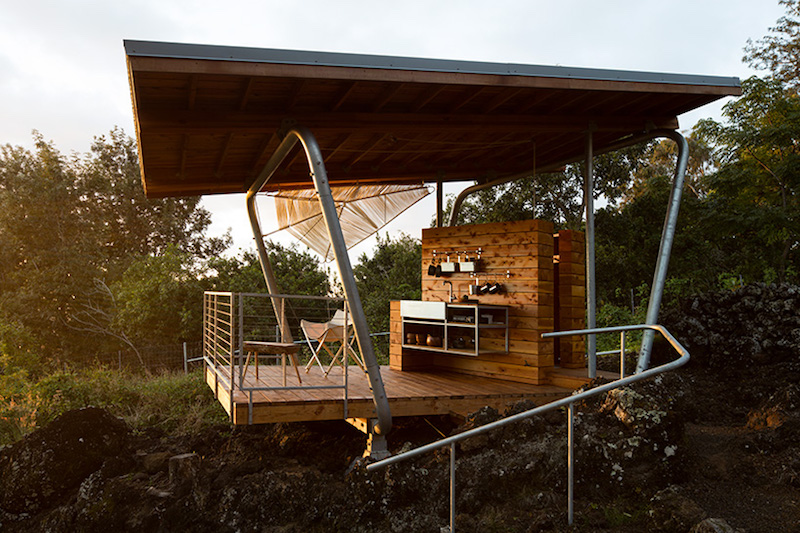 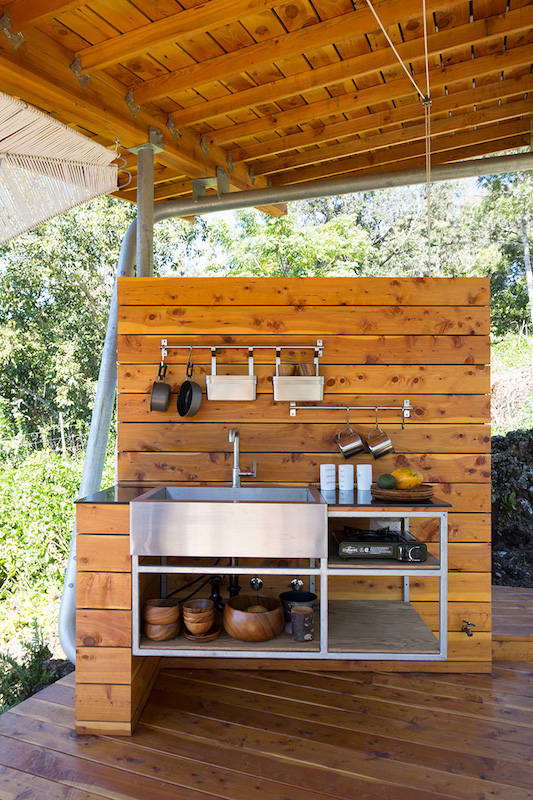 Mauka, the enclosed volume, is lined in warm, fragrant cedar and oriented to catch the sunrise. A long, low table is built into the wall beside the structure’s generous windows, and a bed is tucked into the nook behind it. It’s set on four concrete pillars, while Makai features a sculptural steel frame, its asymmetrical shape informed by that of the lava below. Makai also hosts an outdoor kitchen, shower, and deck and offers views of the Pacific and the nearby island of Kahoolawe.

In the daytime, Mauka becomes a cool, shady refuge perfect for napping or reading, while Makai luxuriates in the afternoon sun.

“The center of the Outside House is the uneven, ever-changing ground between the pavilions,” say the architects. “The unbuilt areas of the Outside House — lichen on the lava, a curved rock wall, a growing endemic mamane tree — are the essence of daily living in this place and what the client values most.” 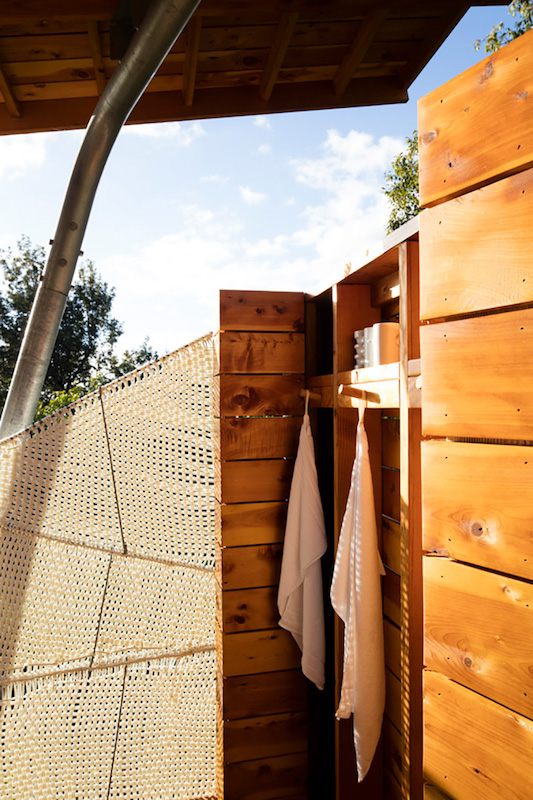 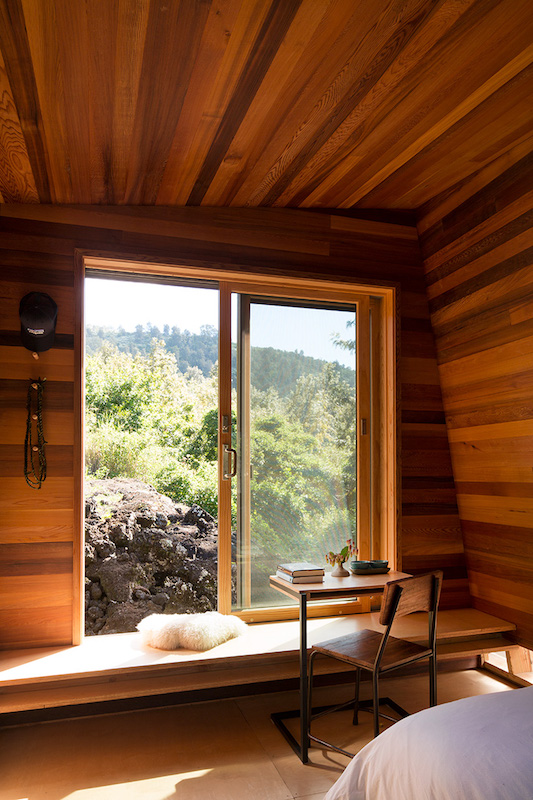 “In keeping with the client’s stewardship of the land, the pavilions are designed to be minimally connected to the ground and to be demountable. The Makai pavilion is a prefabricated, galvanized steel structure that was hand-carried, assembled by hand, and anchored to the ground with four threaded rods. The designer wove the shade panel and the shower enclosure with marine rope. The decking and cladding are milled from juniper, a tree that is harvested to protect ground water and habitats in the Pacific Northwest.”

The project, which took home first place in the 2017 University of Hawaii Building Voices Design Competition, is a beautiful tribute to the outdoors-centered Hawaiian way of life.