Art is typically created simply for art’s sake. In some cases, it’s even considered offensive to suggest practical applications for artistic works — but not for Oskar Zieta. The Polish designer recently unveiled a magnificent, awe-inspiring public sculpture in Wrocław that utilizes a form of inflated steel he developed over 15 years ago as a student at ETH Zurich. As it currently stands, Zeita’s invention is poised to revolutionize the world of architecture. 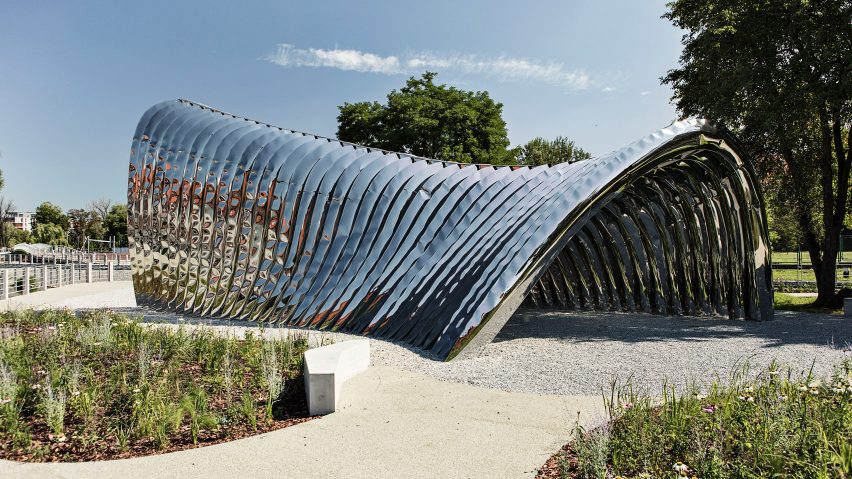 The sculpture in question is officially called the NAWA Pavilion, resting comfortably on the tiny island of Daliowa in the middle of the Oder River. It was commissioned in 2017 in hopes of drawing visitors to the often-neglected area and is expected to be a permanent attraction. It took a while for locals to embrace the unique structure, but now they’re really warming up to it. Zieta himself reveals: “At first, many people were cautious. New projects often arouse mistrust, but right after the opening the island has become alive.”

Zieta first developed his FiDU process (or freie innen druck umformung in German, which more or less translates to “internal pressure forming”) back in the early 2000s. He kept developing it and soon realized that it had the potential to permanently change modern-day construction techniques. His new pavilion is comprised of 35 polished steel arches, all of which have been attached side-by-side to create a nearly 25-foot tall structure that appears to gently rise and fall as it reflects the sunlight. The shiny surface of the art piece reflects its natural surroundings all day, every day, so its appearance is pretty much always in flux. 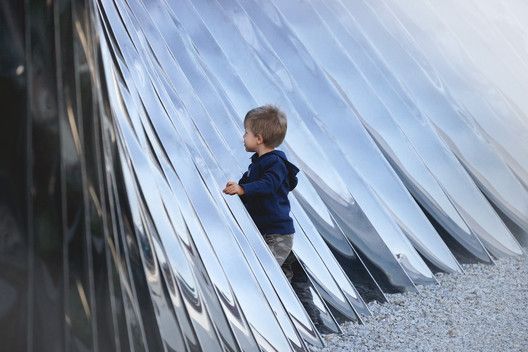 Zieta achieved these effects by welding two thin sheets of steel together at the pavilion’s outermost edges, leaving one small opening in between them so as to pump air into the hollow spaces inside. He explains, “it is the most flexible tool-less metal forming technique ever. It allows us to create innovative, customized bionic shapes and fully recyclable objects using very efficient mass-production processes and individualized shaping methods.”

Putting FiDU to Good Use

In 2008, Zieta designed a stool for a company called Plopp. The plan was to create a steady, safe-to-sit-on, and handy piece of furniture from thin sheets of hydroformed metal. The team couldn’t have been more pleased with the outcome. 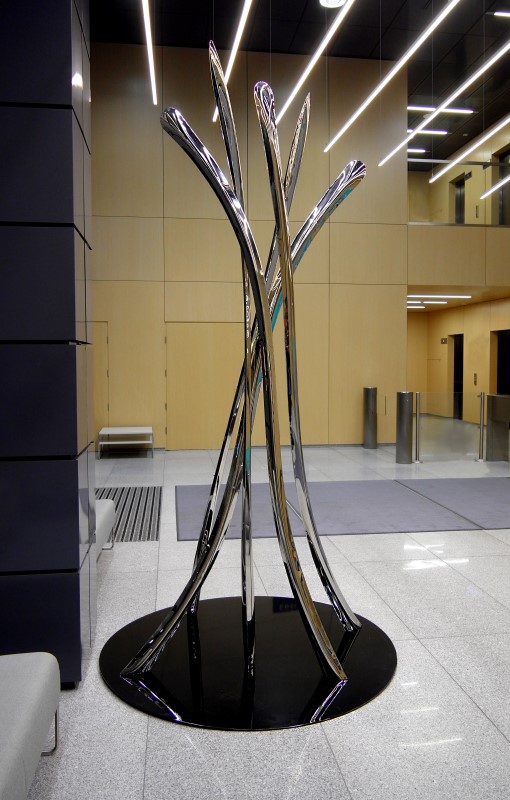 “Durability tests run on the Plopp stool gave surprising results,” Zieta reported. “A stool weighing just a few kilograms can stand a load of 2.6 tons. This is the weight of a full-grown elephant or two small cars. This drives us to create things that are not only beautiful but also technologically unique.”

The success of Plopp inspired Zieta to build “Wir,” a sculpture that’s nearly 79 feet tall. Wir is the tallest sculpture in the city of Warsaw and can be found in the center of the Galeria Północna. It is currently the largest piece of art to ever incorporate FiDU techniques. 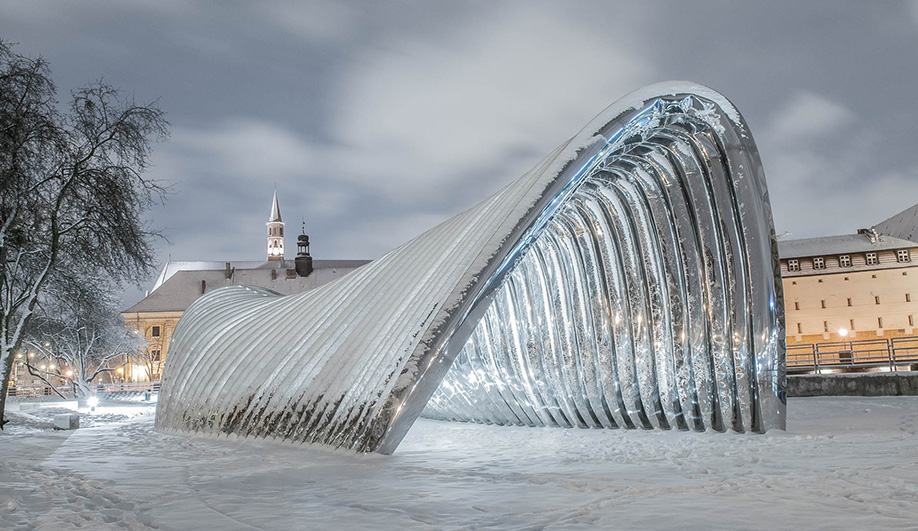 Zieta sees his FiDU technique as groundbreaking, saying: “Such structures can be used as bearing elements and construction components, merging beauty and functionality. Currently we are intensely working on implementing FiDU in architecture as facade elements and in industry as ultralight constructions. Also in mining as volumetrically expanded steel profiles.”