Commuting by bike is one of the cheapest and most environmentally-friendly ways to get around, but few people actually do it. Barriers mentioned the most include safety concerns on congested roads, lack of facilities to shower or clean up once you get to work, and concerns about where you’d store the bike once you arrive. There’s no easy answer to the first two, though many city officials across the U.S. are trying to add new bike lanes and trails. But a company called Oonee has a solution for the third: bike storage pods that occupy empty parking spaces. 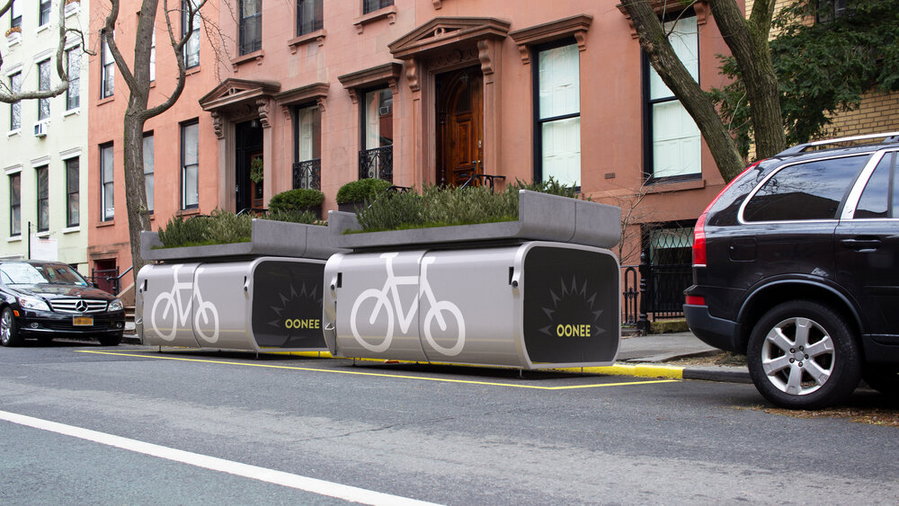 The “Ooneepod” is a compact, prefabricated, and customizable bike locker that keeps your whip secure while you work, shop, dine, or hang out. Oonee co-founder and CEO Shabazz Stuart, a 31-year-old Brooklyn native, dreamed up the idea back in 2015 after his bike was stolen three times in five years on commutes to and from work. He and co-founder J. Manuel Mansylla decided New York needed secure, affordable bike storage that wasn’t an eyesore and developed an ad-supported walk-in design that basically acts as a mobile billboard. While most people probably wouldn’t consider ads attractive, they attempted to balance out that element of the design with a green roof. 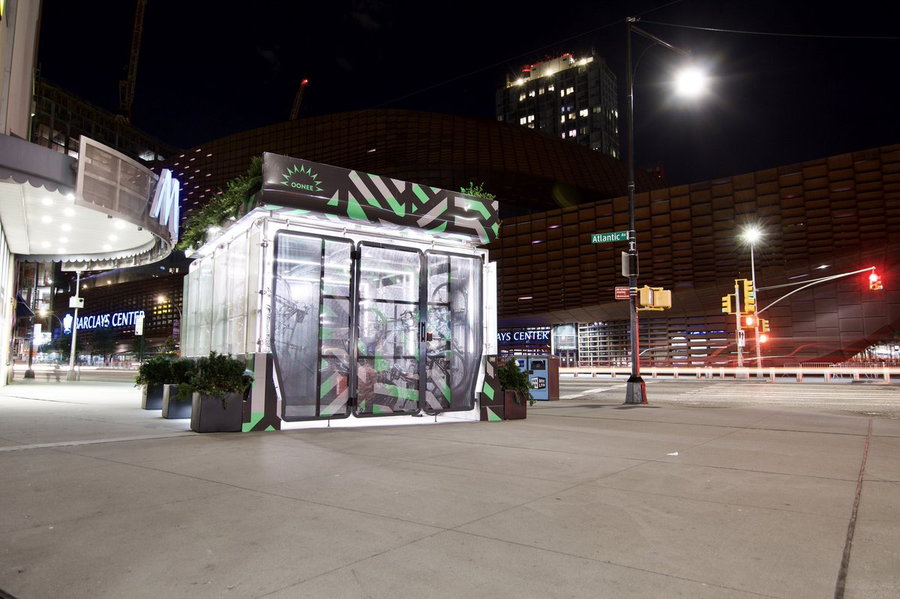 The first two ad-supported Oonepods were installed in Jersey City and at The Atlantic Terminal in Brooklyn near Barclays Center in 2018. This year, the company will add two “Oonepod Minis” in New York City through a sponsorship by scooter sharing company Voi. Oonee worked with cyclists, pedestrians, public space managers, city officials, and even school children to develop these smaller storage huts, which feature large illustrations of bikes on the outside instead of ads.

Smart Access technology lets riders unlock the pods by keycard or smartphone, and inside, they’ll find lights and a free air pump. You don’t lock up individually, but if you’re worried somebody might swipe your costly electric scooter for their beater, at least take heart that bikes stored inside are covered by insurance. While the original pods stand quite tall, the minis are barely taller than a standard sedan, so they won’t block sunlight or views from the buildings they’re placed in front of. Each Ooneepod Mini is about seven feet long. 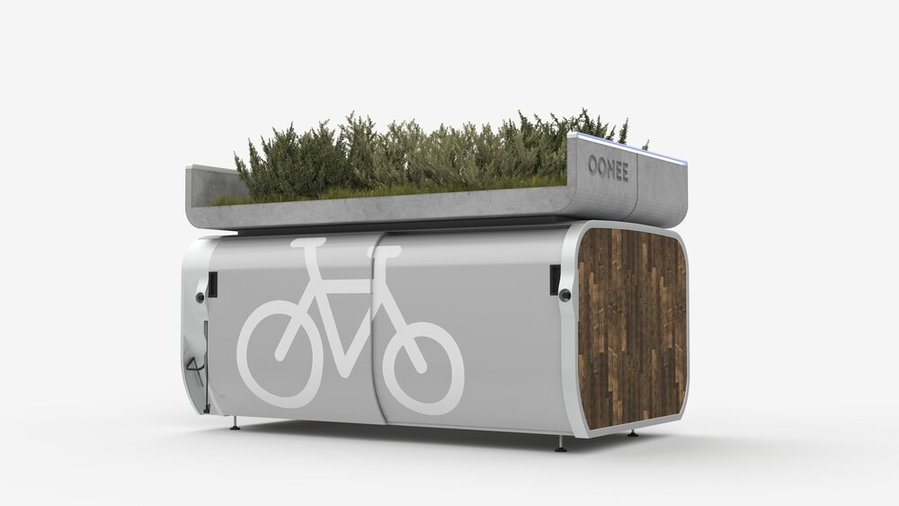 The founders explain that “cars are everywhere on city streets, but what about some space for bikes? Built to survive the demanding streets of New York, Oonee Mini delivers up to 10 high-quality secure bike parking spaces in place of one car. We packed the pod with hundreds of design and technology innovations that ensure a top-notch experience for both cyclists and community members that just happen to be walking by.” 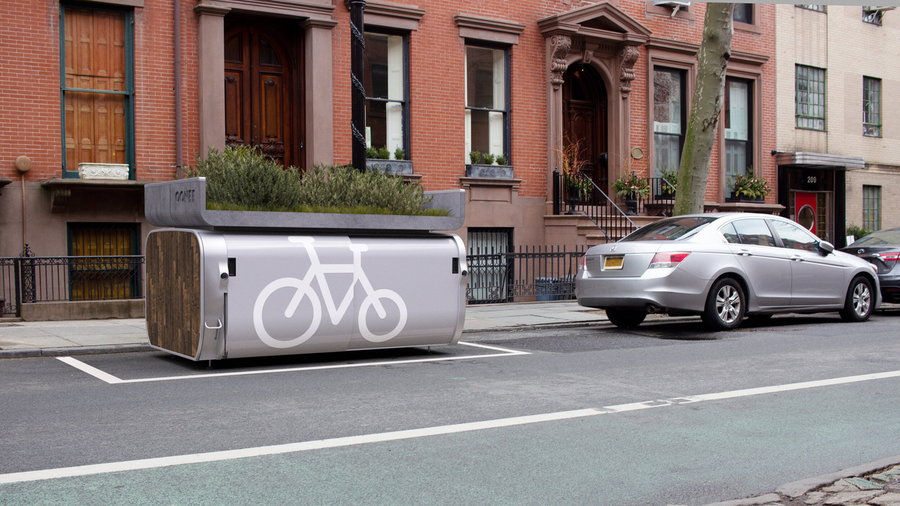 In the future, Oonee hopes to bring its pods to cities around the U.S., and provide additional services through its app, like on-demand mechanics fixing flat tires, or even the direct purchase of bikes and scooters. The pods are currently free to anyone who signs up for the app and provides proof of identity (a measure aimed at preventing theft).