Environmentally conscious people recycle everything, from aluminum cans and plastic to eyeglasses and cell phones. Not only is reprocessing becoming more common every day, it’s also starting to extend to artistic endeavors. Most recently, the collaborative creativity of two design leaders dedicated to recycling spawned a unique furniture line called The Canopy Collection.

Benjamin Hubert of LAYER, a celebrated design agency, recently joined forces with fashion studio RAEBURN, managed by creative director Christopher Raeburn, to create a limited edition series of pioneering furniture that works on several levels. Structure and form were at the forefront of the project, with the designers wanting their creations to reveal inspirations from both the fashion and industrial design worlds. But the most unique thing about group, which consists of two screens and four rocking chairs, is that it’s made from welded steel frames and recycled materials from both aircraft brake parachutes and ex-military parachutes.

How the Pieces are Made 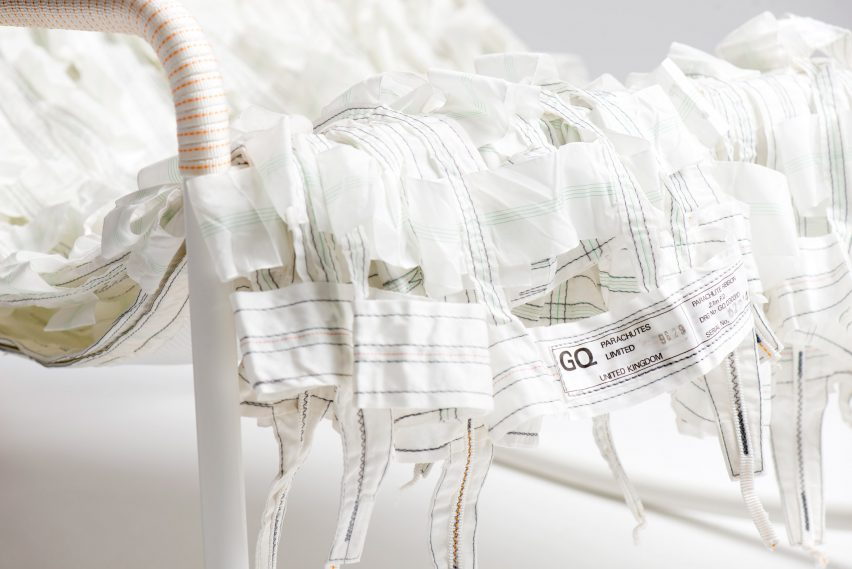 The frames for the chairs are all made from steel, but each has a style that’s entirely its own. One is simple and angular, pristinely polished and meticulously finished. Another is purposely more unfinished and boldly artistic, with raw welded joints prominently displayed to show the craftsmanship in all its simple glory. Still, it’s the parachute material that ultimately steals the show. The pair studied RAEBURN’s archived fashions to refamiliarize themselves with the exclusive composition, luminousness, and tactile features of the ultra-thin ripstop nylon material. They worked closely with one of the studio’s head seamstresses to guarantee the vision they had was precisely executed.

The airy, nearly sheer nylon fabric is artfully hung, wrapped, and flung on the frames, where the translucent textile creates the padding and webbing for the bodies of the chairs. Two of the chair designs feature a playful, disheveled look. Another is dominated by soft, yielding shades of peach and white. The fourth contrasts with several classic shades of gray and black.

The screens in the collection boast a color-blocked pattern that alters light passing through them, casting myraid shapes and shadows from different angles. The parachute material here is taut, and the lack of flexibility perfectly complements the flowing, freeform lines of the rocking chairs.

The material in all the pieces is held in place with ingeniously designed hidden seams, French seams, and hidden zippers. To add comfort into the mix, the armrests have been bound with extra parachute fabric.

Lest anyone query for more details on the design and construction of the chairs and screens, the two design mavens clarify: “The Canopy Collection uses the strict geometry of the steel frames as a base on which to experiment with innovative and forward-thinking recycled parachute upholstery. [It] is tuned into the semantics of a parachute in flight — the lounge chair gently rocks back and forth, while the re-configurable screen takes inspiration from the section and construction of a wing.” 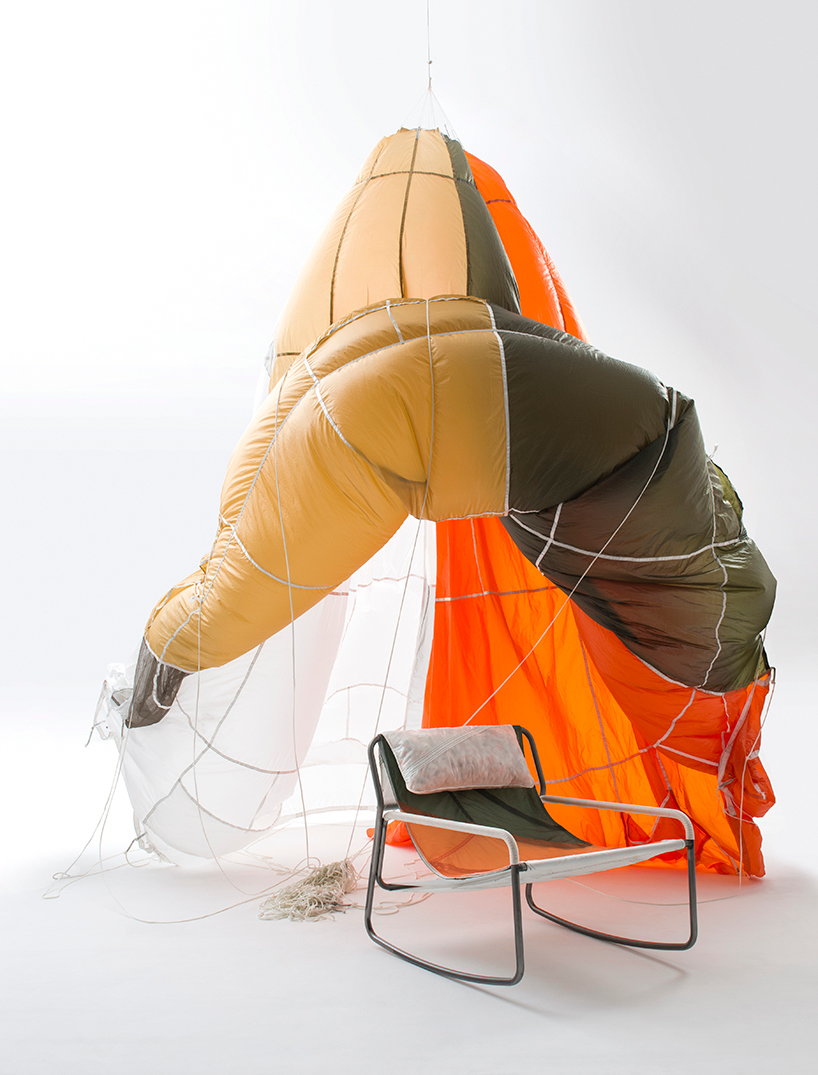 The collection premiered during the London Design Festival last week, which ran from September 14th to 22nd, 2019. It was also exhibited at RAEBURN’s new store in central London.