The Helsinki-based Studio Puisto Architects has recently transformed an old bank building into the Forenom Hostel Jyväskylä: affordable lodgings situated right in the heart of Jyväskylä’s bustling downtown pedestrian precinct. The chic conversion was completed in December 2017 and incorporates a predominately natural material palette. In keeping with the original structure’s “reused and upcycled” philosophy, the team decided to retain the flow of both naturalism and minimalism present in the aesthetic. 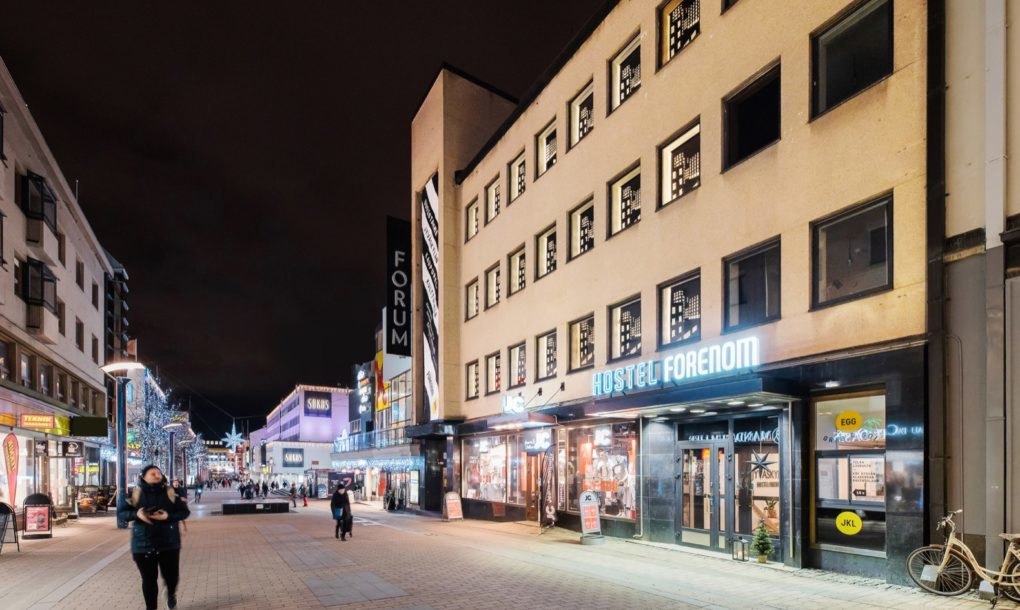 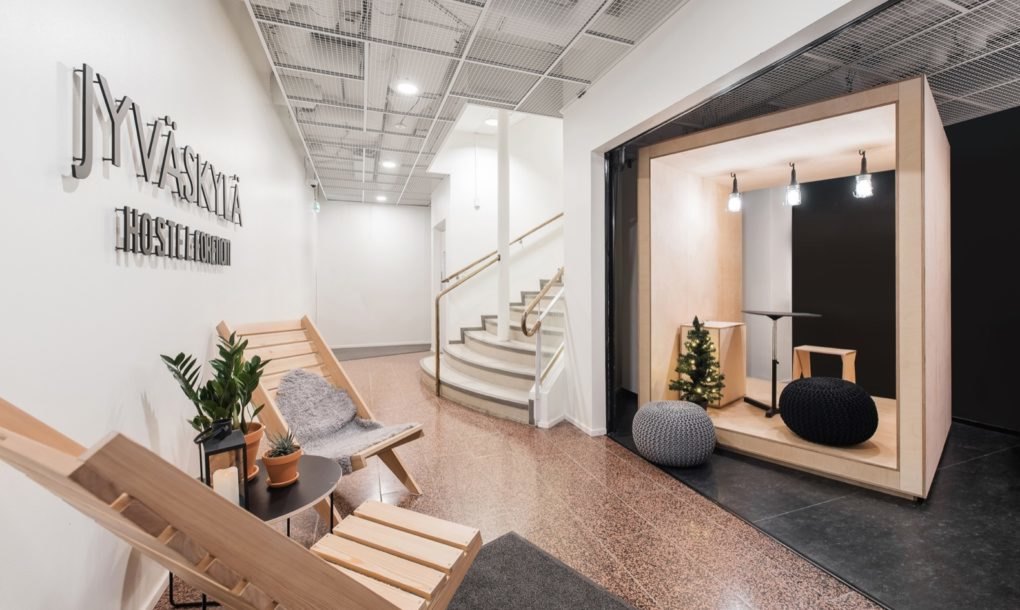 Commissioned by Scandinavian real estate company Forenom, the architects decided to preserve several of the old bank’s architectural features as a kind of tribute to the building’s history, including the vault, which they felt it would remain an iconic feature even after the renovation was complete and the building no longer looked or felt anything like a bank. Today, it acts as a great conversation starter and an a piece of eye candy for those who love to indulge in a bit of nostalgia every now and then.

The modern Hostel Jyväskylä spans an area of 1,043 square meters and houses 49 beds, with rooms ranging in size from five to 18 square meters on the second, third, and fourth floors. The reception area can be found on the ground floor alongside space for restaurant and retail use. The basement level features one large restaurant, as well as the hostel’s spa and sauna facilities, which boast a jacuzzi that’s actually built into the former bank vault. 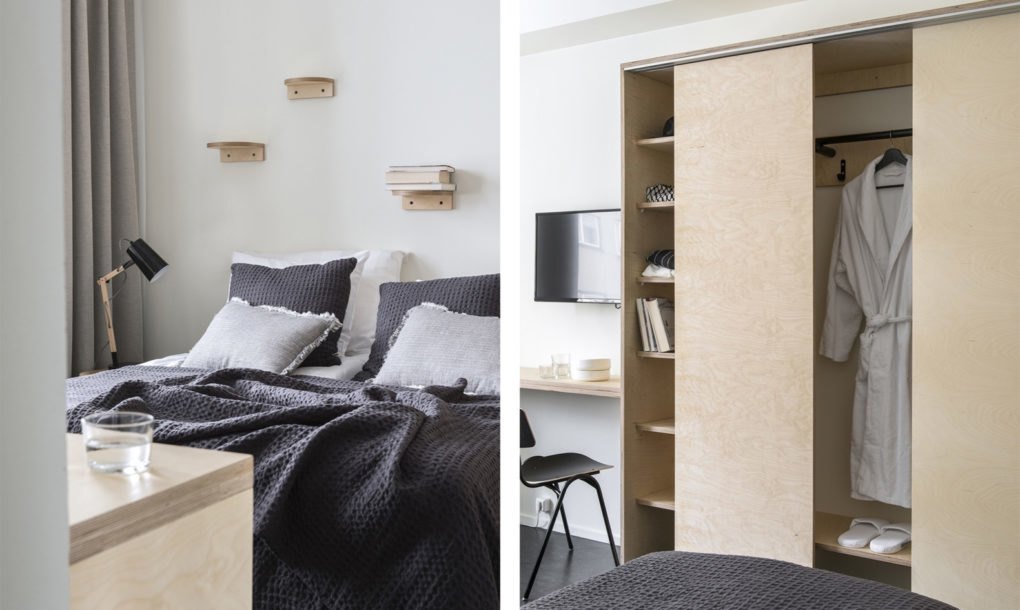 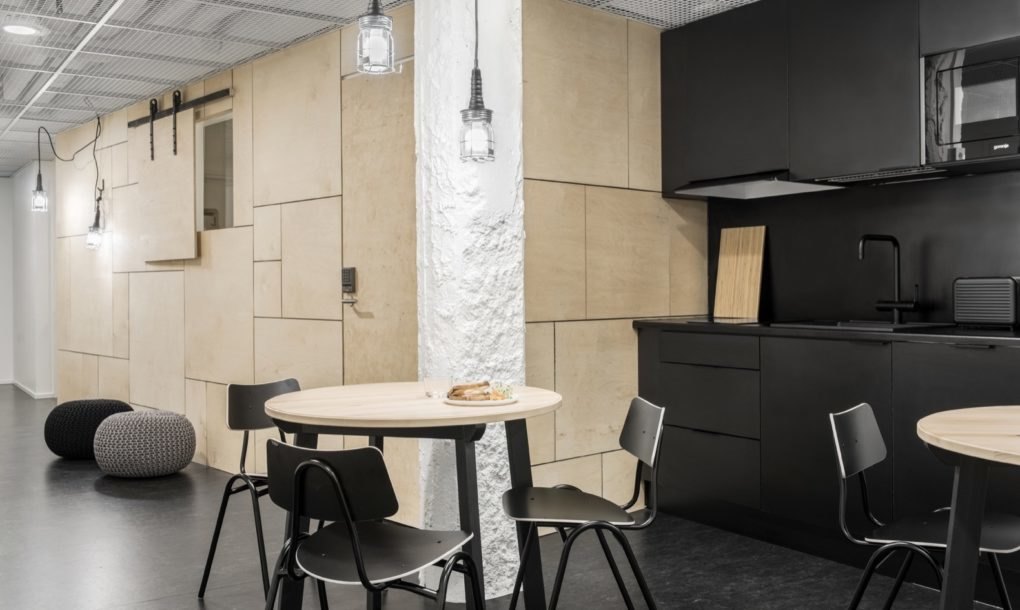 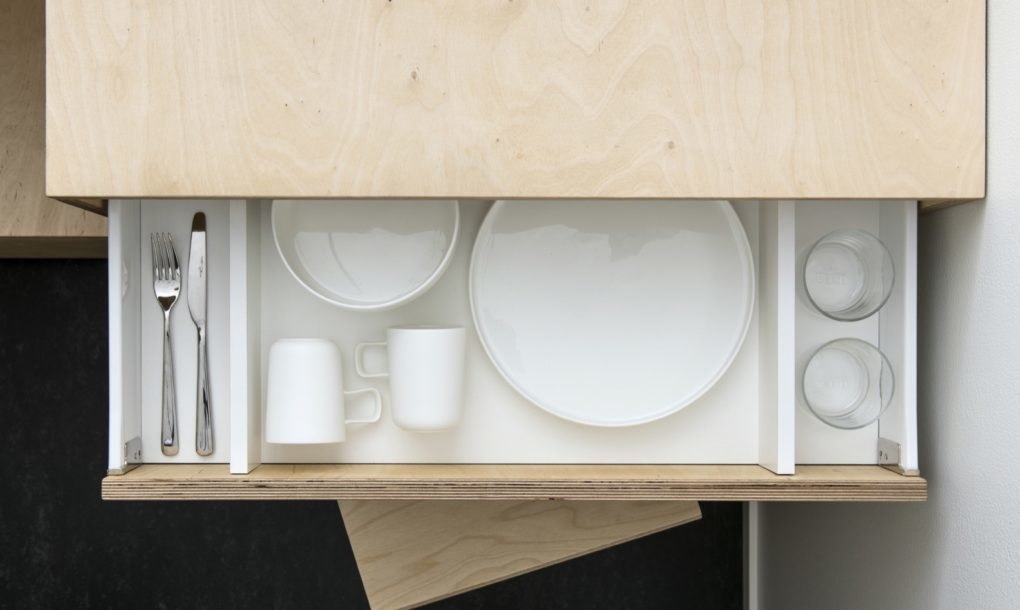 Inspired by Scandinavian design, the new interiors have been adorned with plywood furnishings all throughout, adhering to a minimalist standard to create a sense of openness and neutrality that’s perfect for relaxing after a busy day spent wandering through the city. Boxy plywood volumes reside in the three types of bedroom on offer (twin, small double, and economy double), all of which open up to a shared kitchen, living area, and bathroom.

Black, white, and wood are the hostel’s main decorative components, with the authenticity and spirit of the old building still running through all of it. The architects explain: “The walls and furniture are covered with domestic birch plywood and the floors in the lobby and bedrooms are linoleum. The hostel’s ecological choices, efficiency, and communality make for a fresh type of accommodation that is an interesting new addition to the service structure of the center of Jyväskylä.” 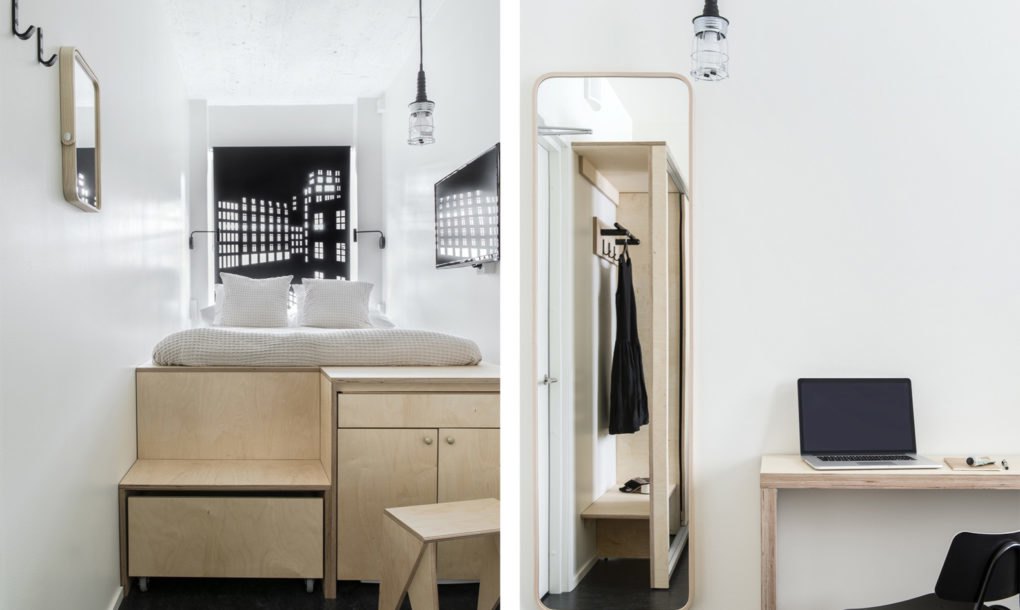 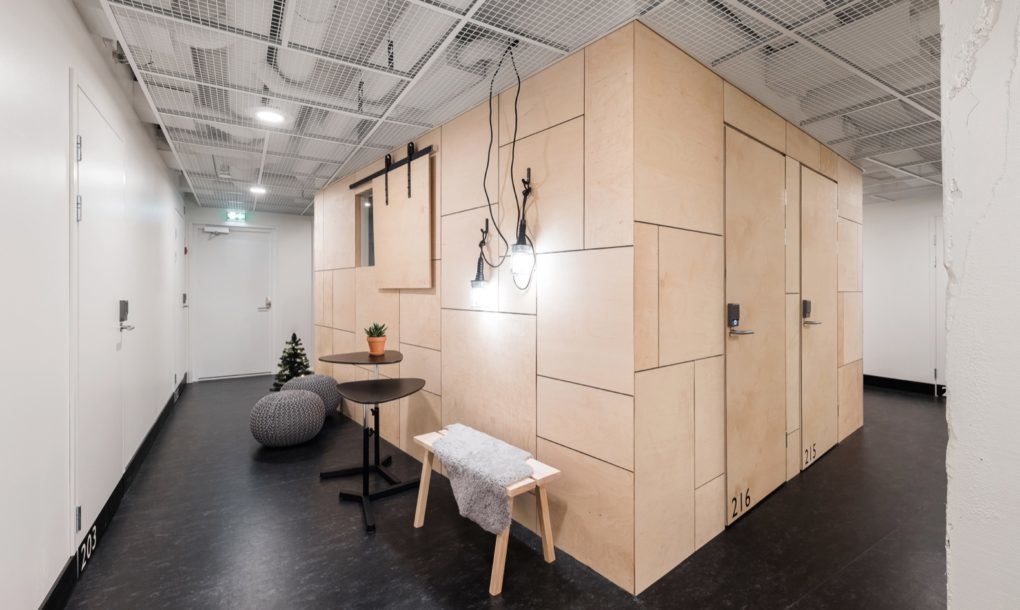 The hostel is located just four minutes from the city center, offering easy access to points of interest including Jyväskylä Bus Station, Market Square, Synergia-areena, Jyväskylä Harbor, Jyväskylä City Theater, and the Alvar Aalto Museum. All the rooms boast free Wi-Fi and a flat-screen TV with cable connectivity, and all of them provide direct access to the sauna in case you find yourself itching to unwind.

The reasonably-priced hostel offers an alternative travel experience for both businesspeople and backpackers. Its prime location makes it a great choice if you plan to do a lot of shopping but don’t want to struggle too far with your bags. On top of that, you’ll also save yourself the hassle and cost of getting taxis on a night out! The hostel prides itself on being able to combine the luxurious and the communal under one roof, which means anyone from anywhere is welcome anytime.