Are you the kind of car owner that just wants to get from point A to point B with minimal fuss, maintenance, and expense, or are you an automobile enthusiast who loves to customize and tinker with your ride? Your answer to that question will likely determine your feelings toward what looks like an increasingly autonomous, collective, and minimalist future for personal vehicles. The days of being able to work on your own car without a degree in electrical engineering are already almost out the door, and soon, we may even find ourselves saying goodbye to the ability to access the engine and other mechanical parts.

In fact, in the near future, we might not even own more than just a small part of a vehicle. In the case of Jaguar’s recently released “Future-Type” concept, that part would be a removable computerized steering wheel, which functions like an Alexa-style smart home device: you keep it with you and use it to summon the actual vehicle, set appointments, play music, and control the rest of your smart home. Now, another concept by oiio is taking that idea a few steps further.

This modular AI-equipped autonomous vehicle doesn’t look like any car we’ve seen before. It’s a dome-shaped transparent blob on four caster-style wheels, and there aren’t even any seats inside (nor is there a dashboard, steering wheel, or anything you’d expect to find inside a passenger vehicle). oiio wants to completely reimagine what cars look and act like. Why be limited by the past?

The idea is that you can separate the cabin of the vehicle from its mechanical parts. The driver owns the cabin and can take it home or to work with them, driving it right inside so they never even have to step outdoors if they don’t want to. The AI-controlled autonomous base, on the other hand, would go back to a public hub to be charged and maintained, so you’d never have to worry about keeping up with repairs, oil/tire changes, inspections, or any of the other potentially-annoying minutiae of car ownership. 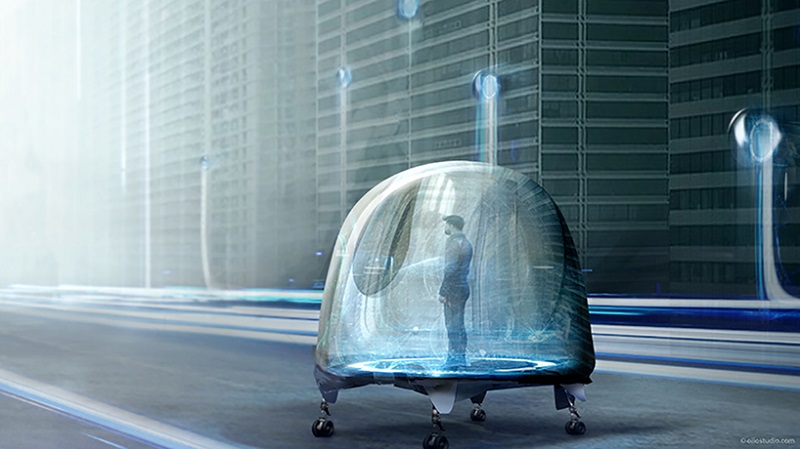 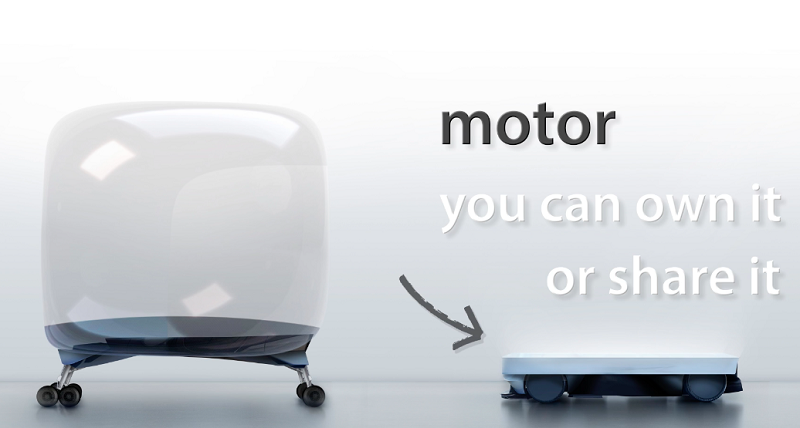 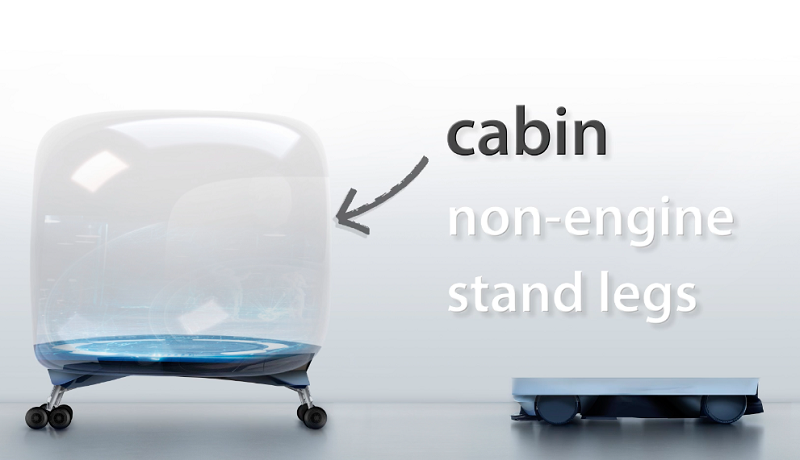 “Los Angeles is notorious for its private car-based transportation,” say the designers. “The biggest disadvantage of the privately-owned car is the fact that it uses too many resources for too little effect. When one or two persons are transported by car, they utilize successfully the engine and two of the seats, but the remaining seats, as well as the trunk, constitute wasted resources for that specific transportation period. All that waste leads to a reasonable question: ‘What if we were able to dissect a working car into working components that could be utilized according to given circumstances?’”

“These components would concern the engine, the cabin, and the trunk. Contemporary cars do not offer the choice between those three components. Basically, you cannot have one without the other. You cannot own a cabin without an engine or trunk. But it is possible that in the future, LA people would be able to own only the cabin and, through AI centrally-controlled circulation, they could create a temporary assembly-unit, an ephemeral design, which would serve their ‘exact’ needs on demand.” 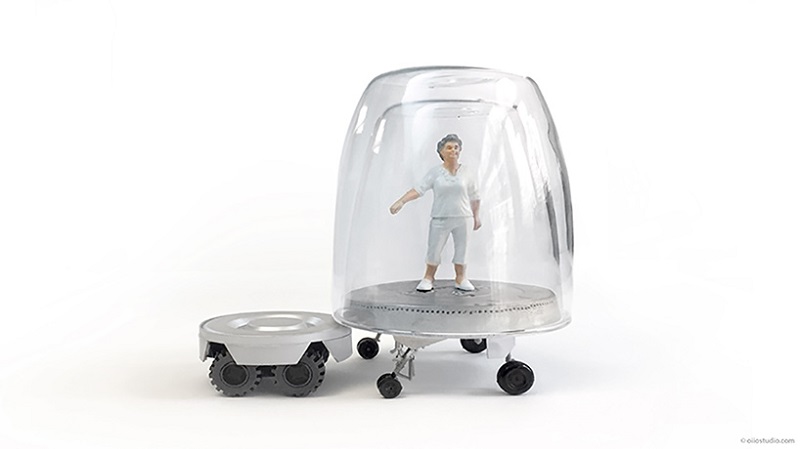 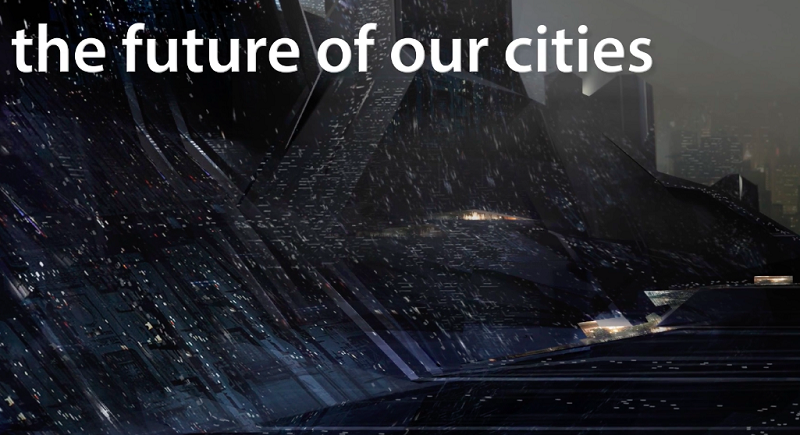 Of course, our cities aren’t exactly equipped for this theoretical future in their current state. These blob-shaped seatless vehicles would only be safe if every other vehicle operated the same way — it only takes one impatient human driver speeding through streets filled with delicate autonomous cars to create a huge problem. On top of that, those wheels don’t look capable of taking on much more than perfectly flat, well-maintained roads in ideal weather conditions. Plus, most of us would prefer to sit down while the car is moving (some of us even need to).

oiio has also imagined architecture and infrastructure that incorporate vertical lifts for their cabin pods, so they can travel right up the sides of skyscrapers. It seems pretty cool, but it won’t be happening anytime soon. Still, it’s an interesting vision of what could be if we could somehow remove ourselves from all the current constraints keeping an overabundance of heavily polluting personal vehicles on our roads.