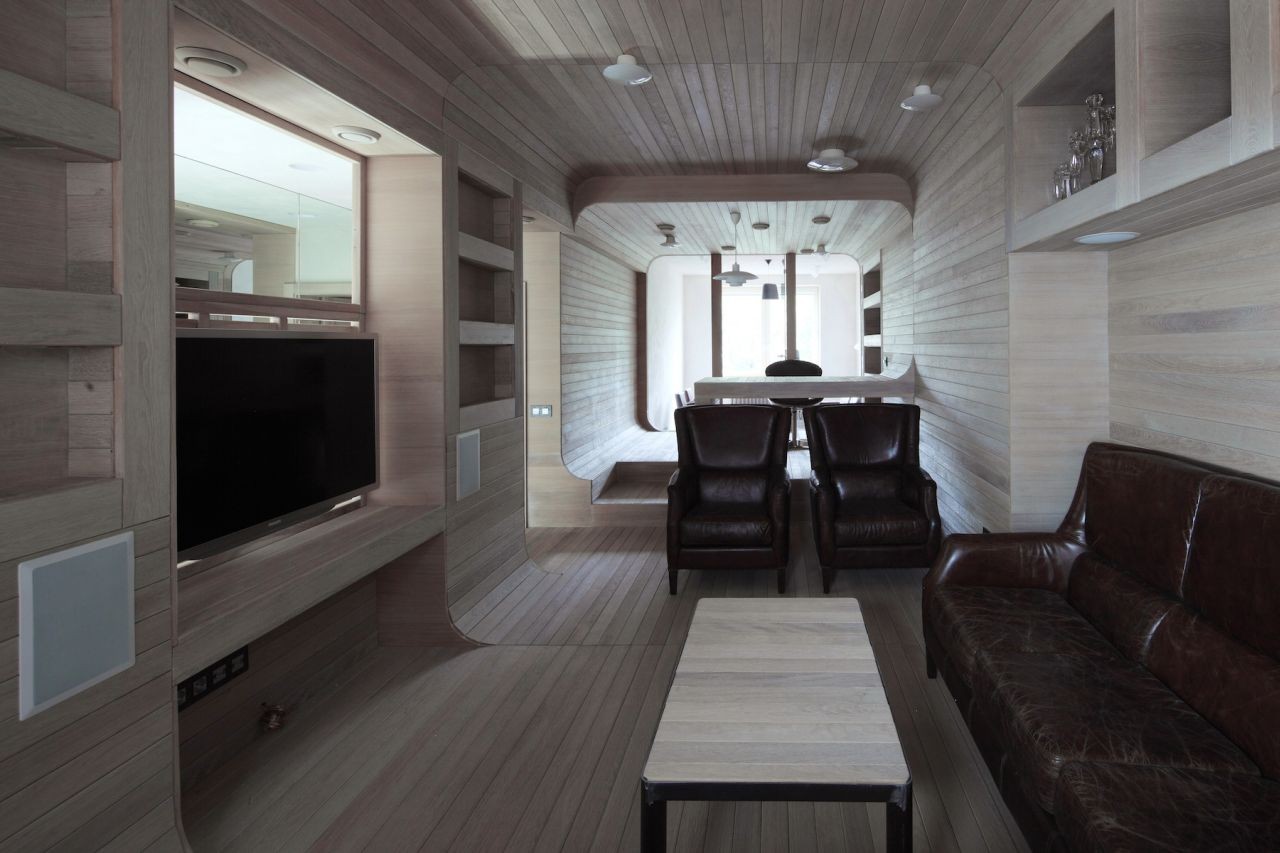 This fifth-floor Moscow apartment suffered from a dilemma common to high-rise flats: a dire lack of natural lighting. Windows at one end of the apartment were so far separated from the balcony at the other end that the middle of the home received almost no sunlight. To counteract this darkness, architect Peter Kostelov came up with a daring solution. 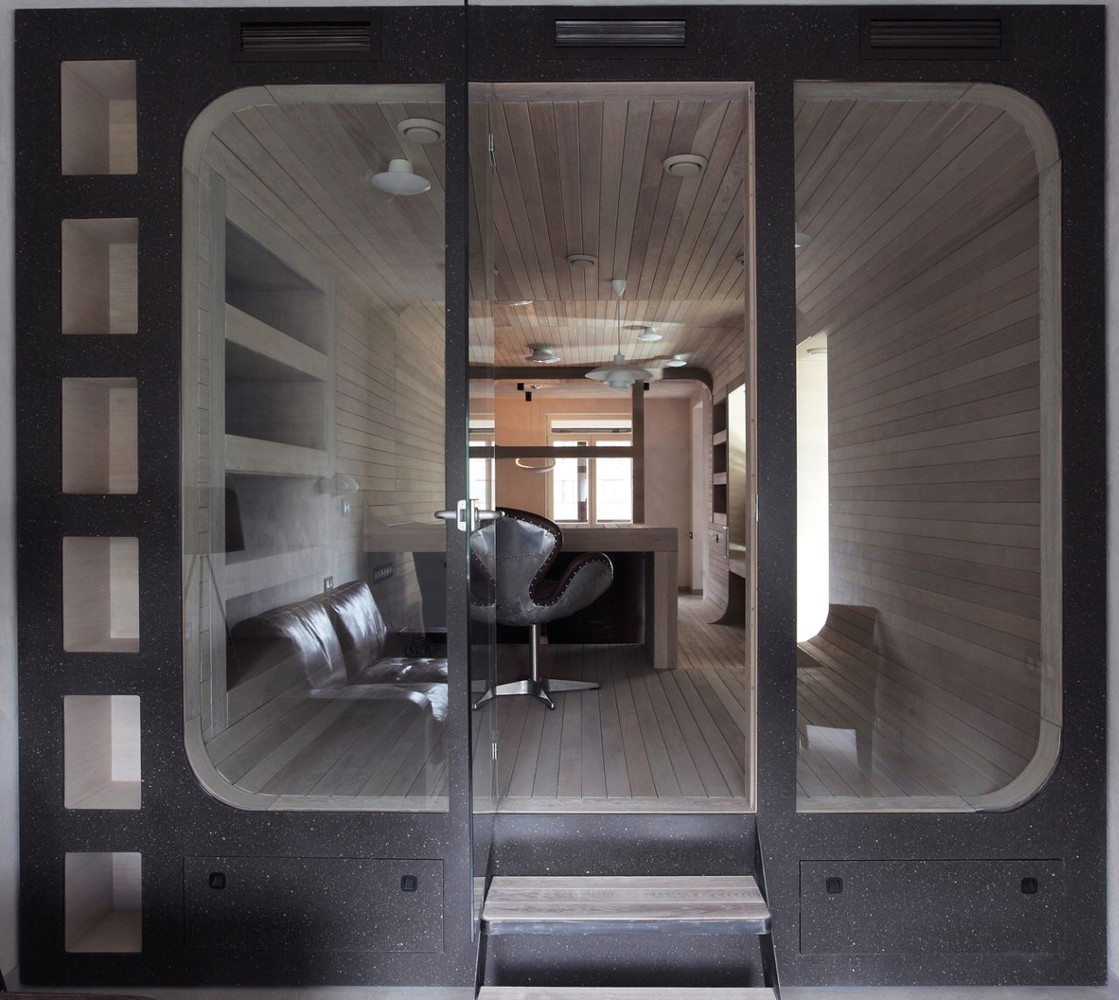 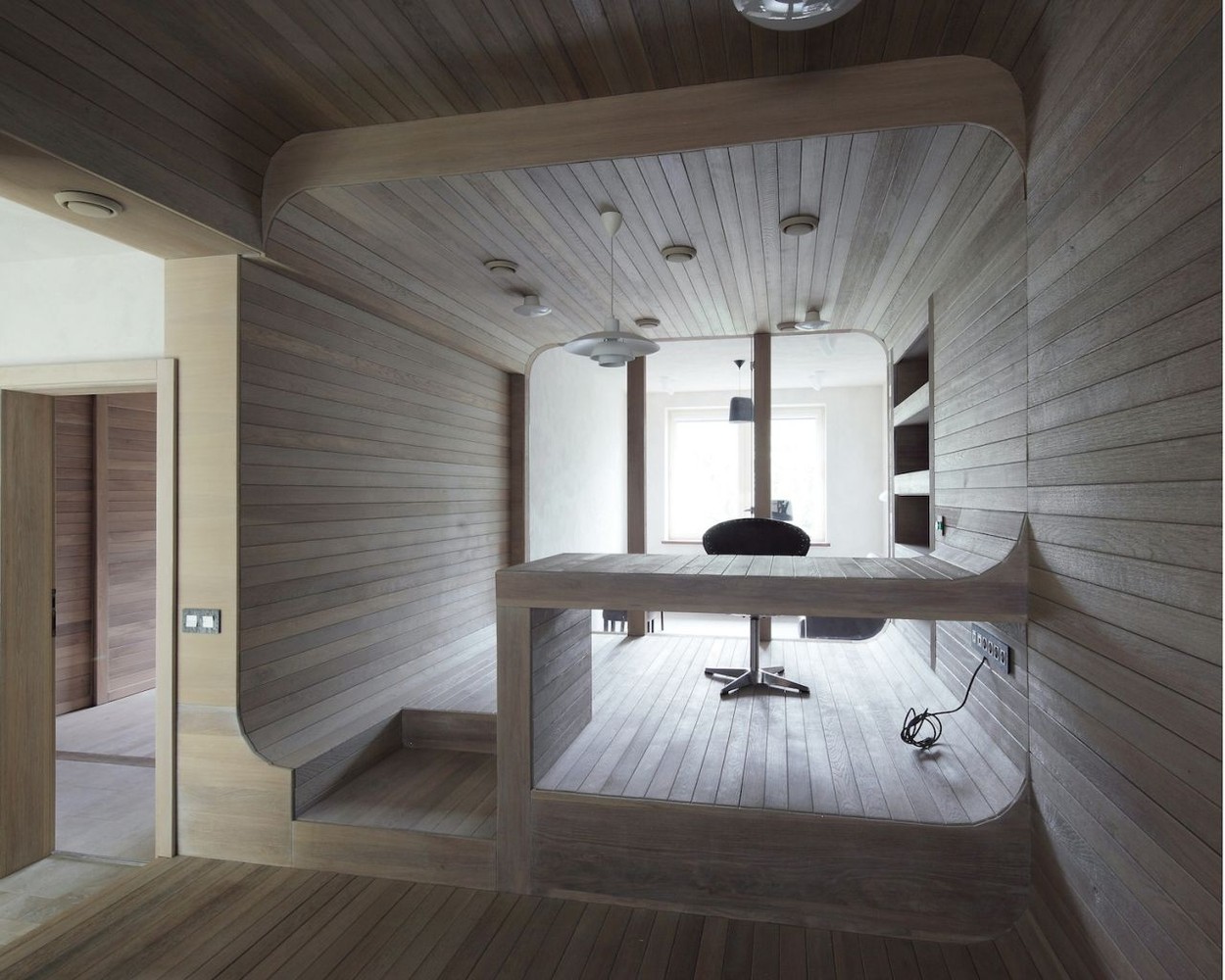 Kostelov removed the “dead walls” from the center of the apartment, replacing them with glass. This change allows sunlight to travel from both sides of the home and to reach the center, eliminating sizable dark spots. 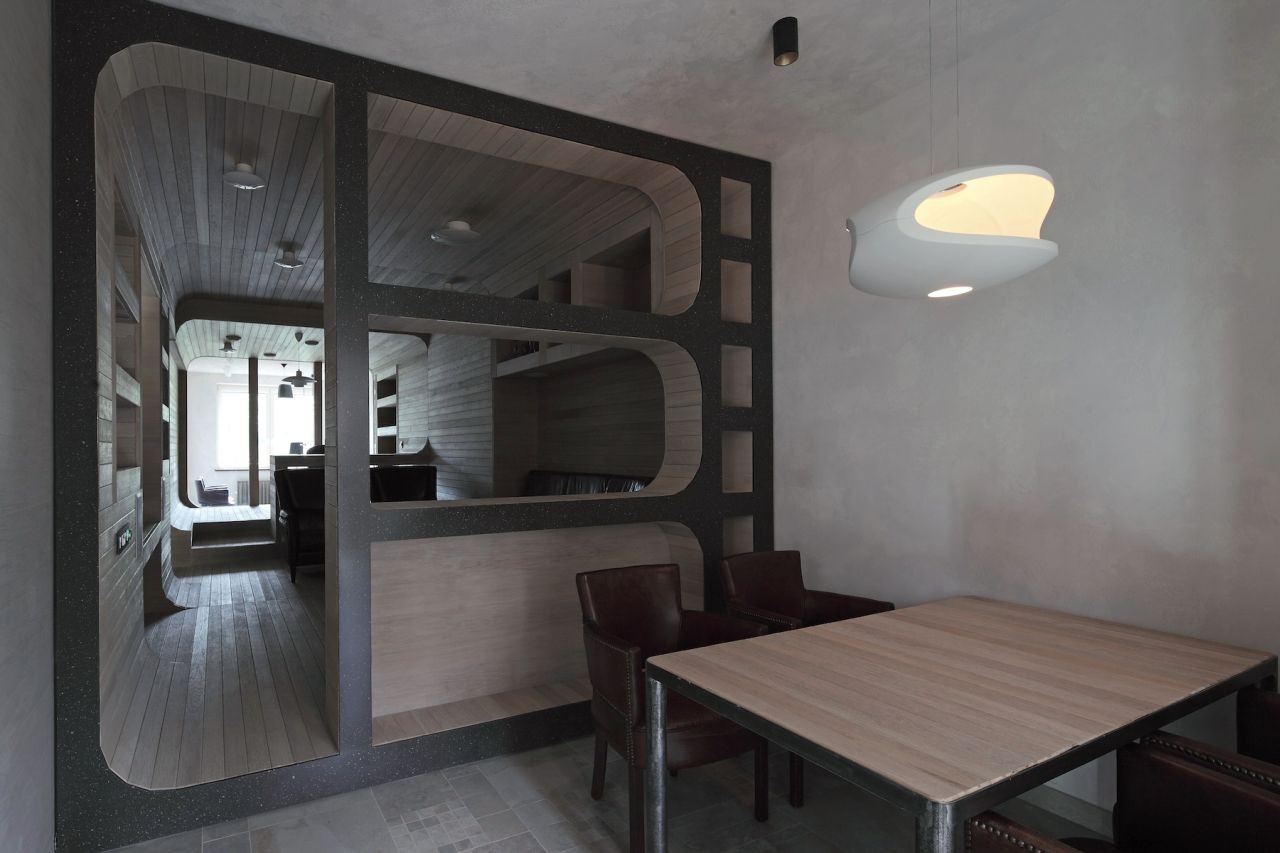 The center of the apartment is also elevated, which gives the appearance of a “tube” running from one end of the living space to the other. The elevation helps capture and direct the light to the places that formerly received almost none. 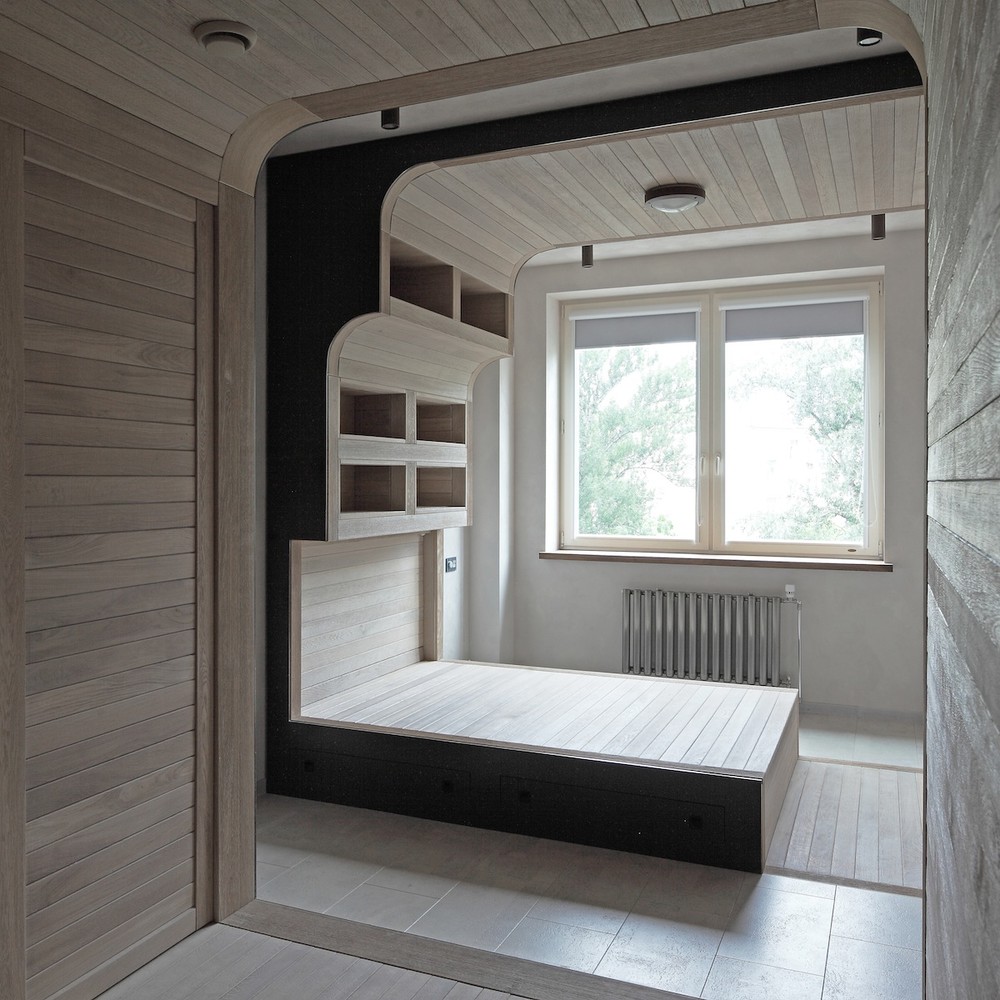 The elevated tube is clad mostly in oak planks, unifying the space from floor to ceiling and, thanks to the light color, reflecting lots of light. The planks extend to form shelves, a desk, and closets in the living room and study. 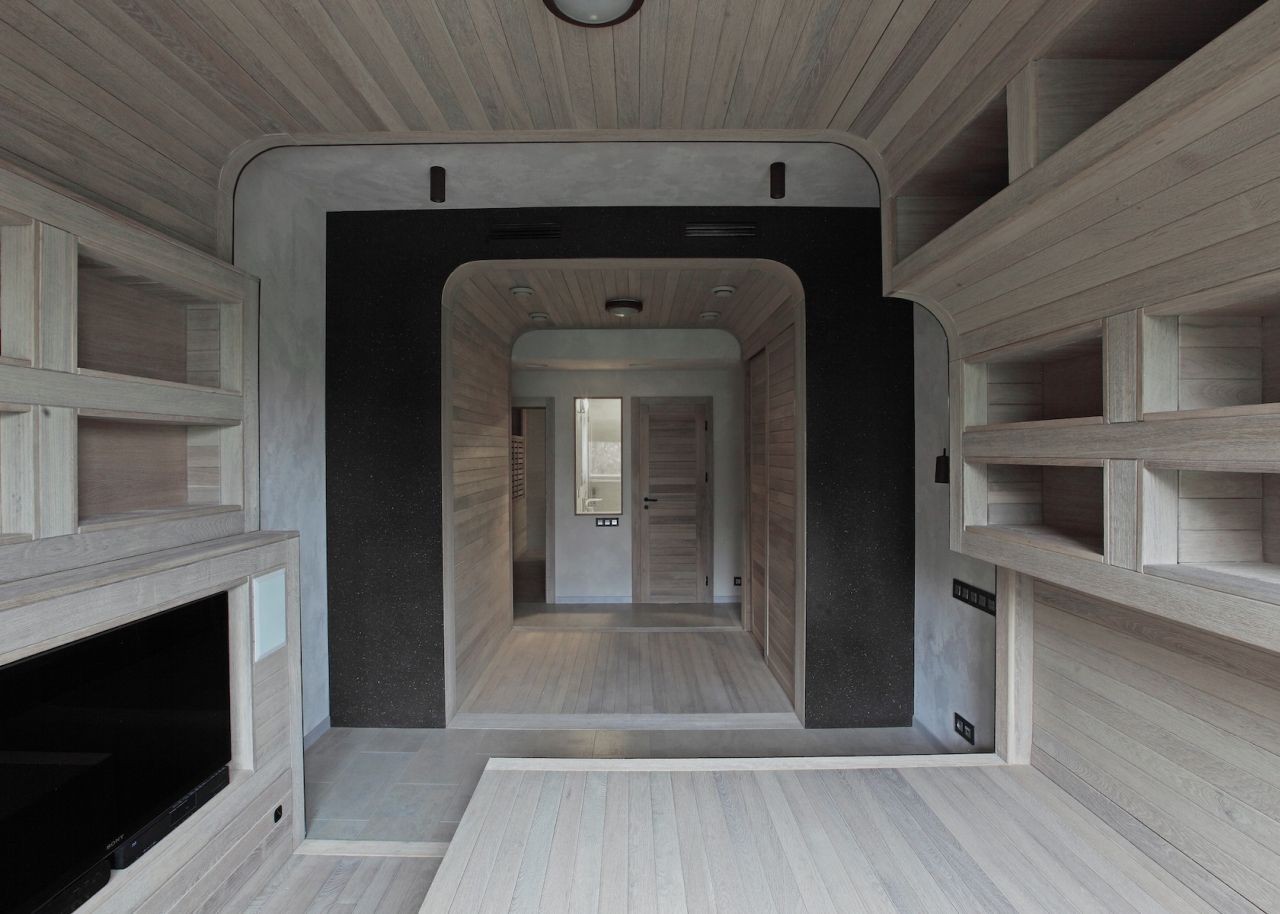 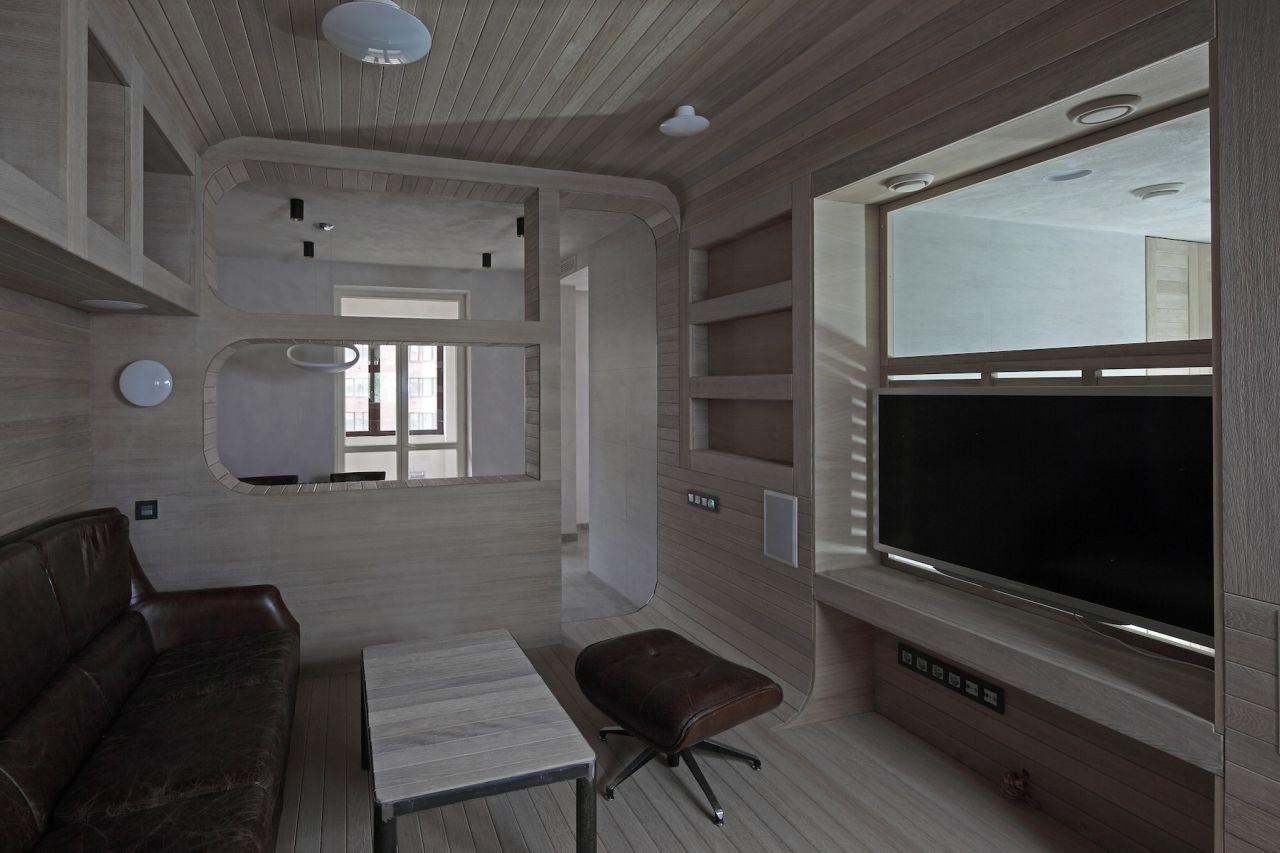 In the bedroom, the concept of the oak tube was continued by forming a bed, shelves, and closets from the same oak planks as those used for the floor, walls, and ceiling. The edges of this built-in suite are finished in a dark stone, making it appear that the room was simply cut off of the tube. 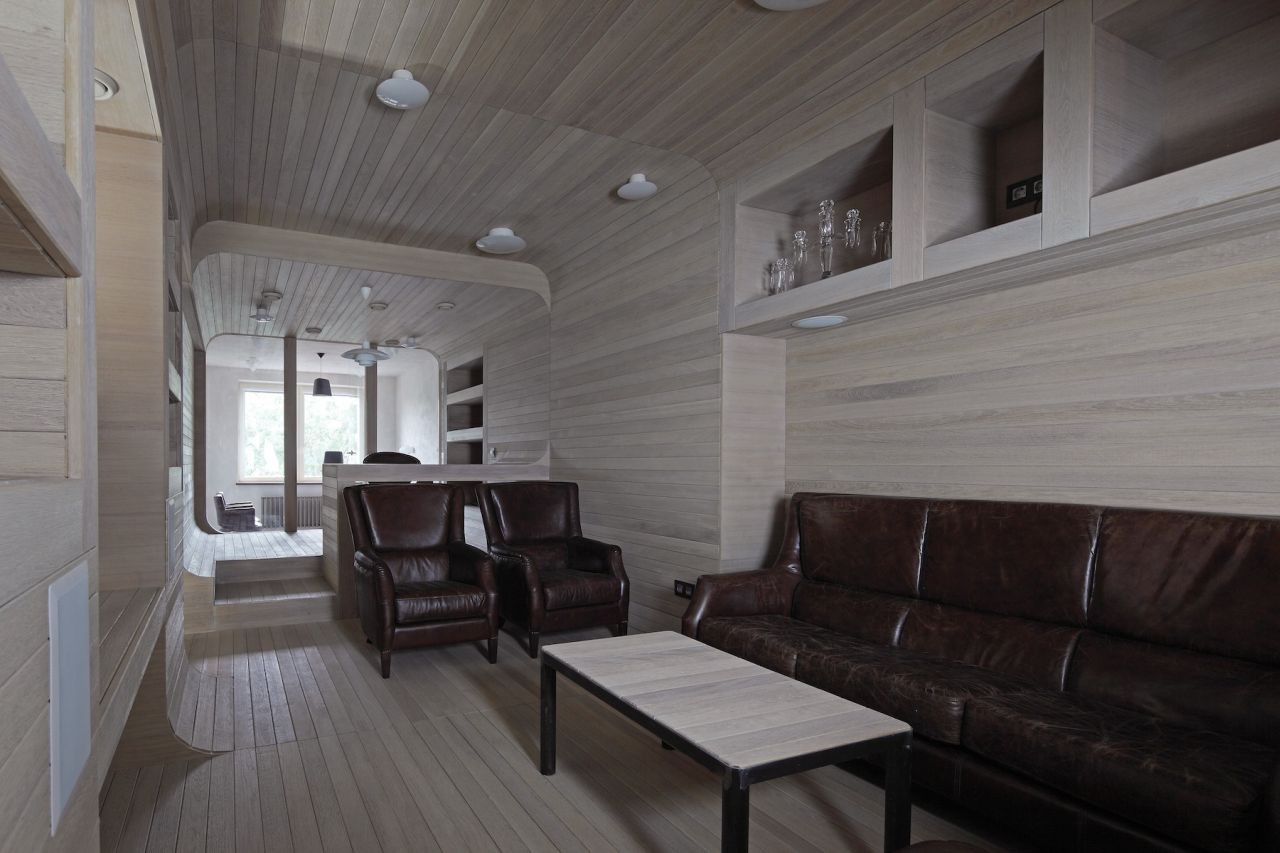 Likewise, the exterior edges of the tube are finished in the same dark stone, lending the appearance that the interior was simply flown in and inserted into the existing apartment space.