When artist Nick Cave debuted his Soundsuits sculpture exhibit 26 years ago at LA’s Fowler Museum, few could have predicted that its iconic figures made from feathers, twigs, beads, and human hair would have an impact that lasted “until” today. Nonetheless, Cave is back and ready to keep impressing with his grandest project to date — as well as the largest exhibition Sydney’s Carriageworks has ever presented. 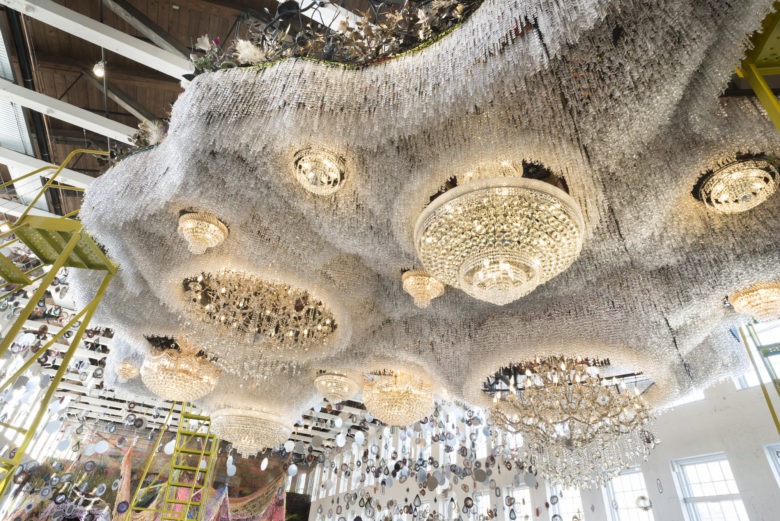 Cave was working in his studio back in 2014 when he learned about Michael Brown, the unarmed 18-year-old who was gunned down by police officer Darren Wilson in Ferguson, Missouri. Upon hearing the news, Cave says the question “Is there racism in heaven?” immediately popped into his head, ultimately serving to inspire his new Until project. 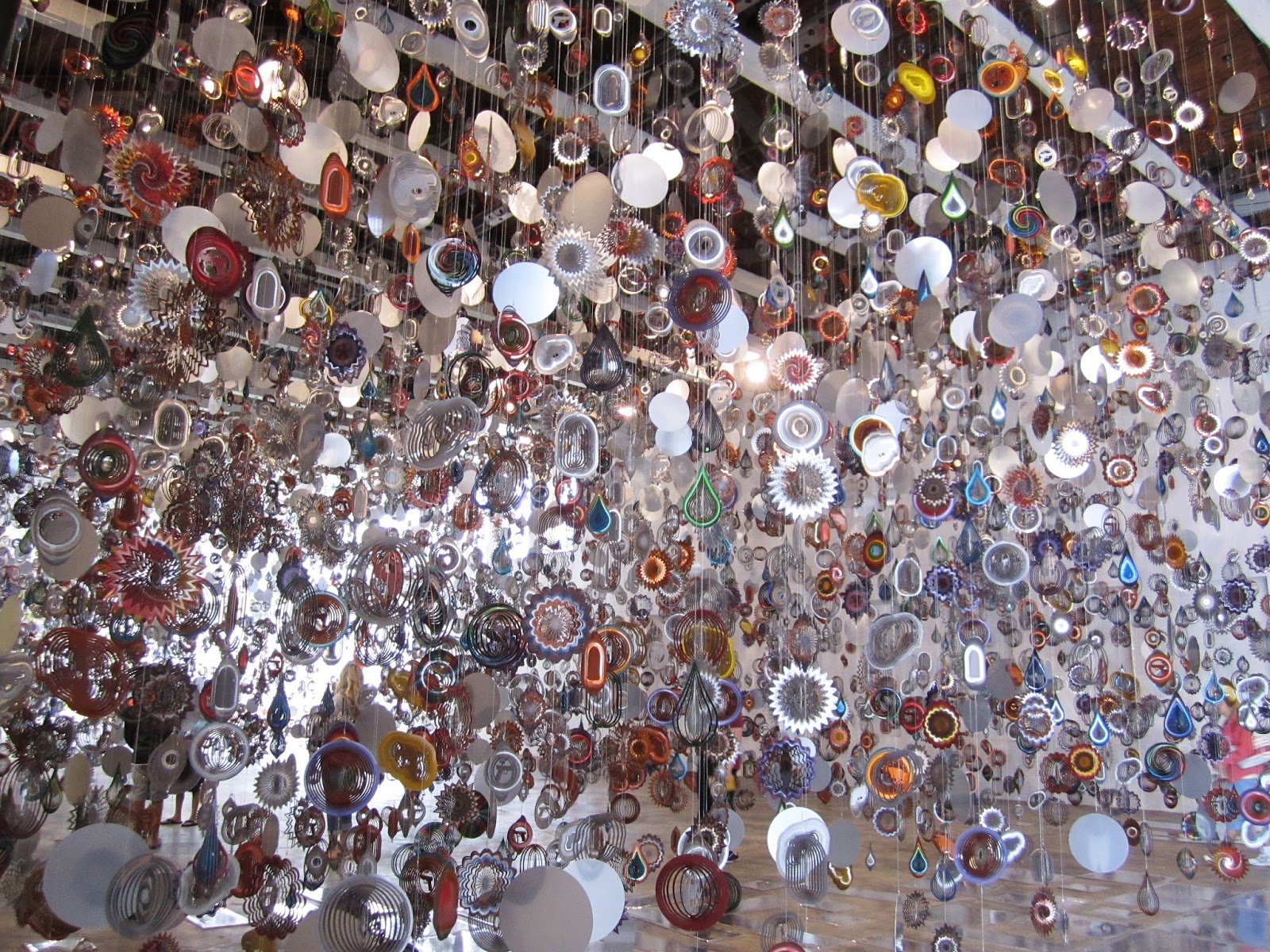 At first glance, the exhibition looks like an intricate Christmas-time display you might expect to see in the window of a large department store, consisting of over nine miles of crystals and shiny baubles, millions of pony beads, thousands of colorful fruit miniatures, an array of animals and birds, 24 garish chandeliers, and spinning discs, all surrounded by dreamy lights and sheer fabrics. Upon closer inspection, however, one begins to see the images of guns and bullets hidden among the glitz and bric-a-brac. 17 cast-iron eerily smiling lawn jockeys — the racially insensitive little statues Americans used to install in their yards as decorative hitching posts — are also prominent in the exhibition. Slowly but surely, Cave’s theme of condemning gun violence, specifically the black casualties of police brutality, clearly emerges. 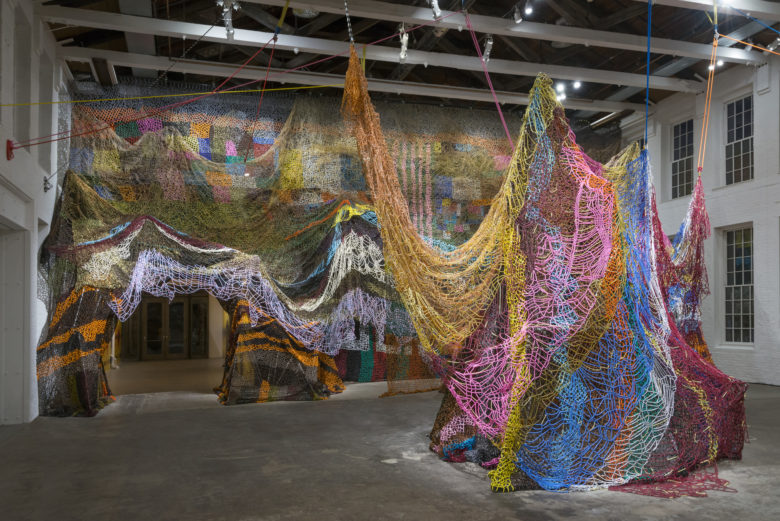 A five-ton, 36-by-nine-foot iridescent crystal cloud reflects the entire spectacle. As it captures an increasing amount of attention among visitors, more images emerge at its core, from cockatoos crafted from cast iron to even more lawn jockeys, these ones clasping handmade dreamcatchers as if attempting to capture their vision for a better world.

The Road to Until

Cave has enjoyed artistic success for many years. Before Until, his 2016 show HEARD.SID was also featured at Carriageworks, that piece centering around dozens of capricious figures depicting horses galloping through the venue.

Cave’s personal journey took him down a number of paths, all of which he attributes to his personal and professional success. The youngest of six children, he recalled his upbringing in an interview as being full of “unconditional love.” He studied performance and dance at the Kansas City Art Institute in Missouri and then at the prestigious Alvin Ailey American Dance Theatre in New York. When he’s not creating art, Cave serves as a professor at the School of the Art Institute in Chicago. 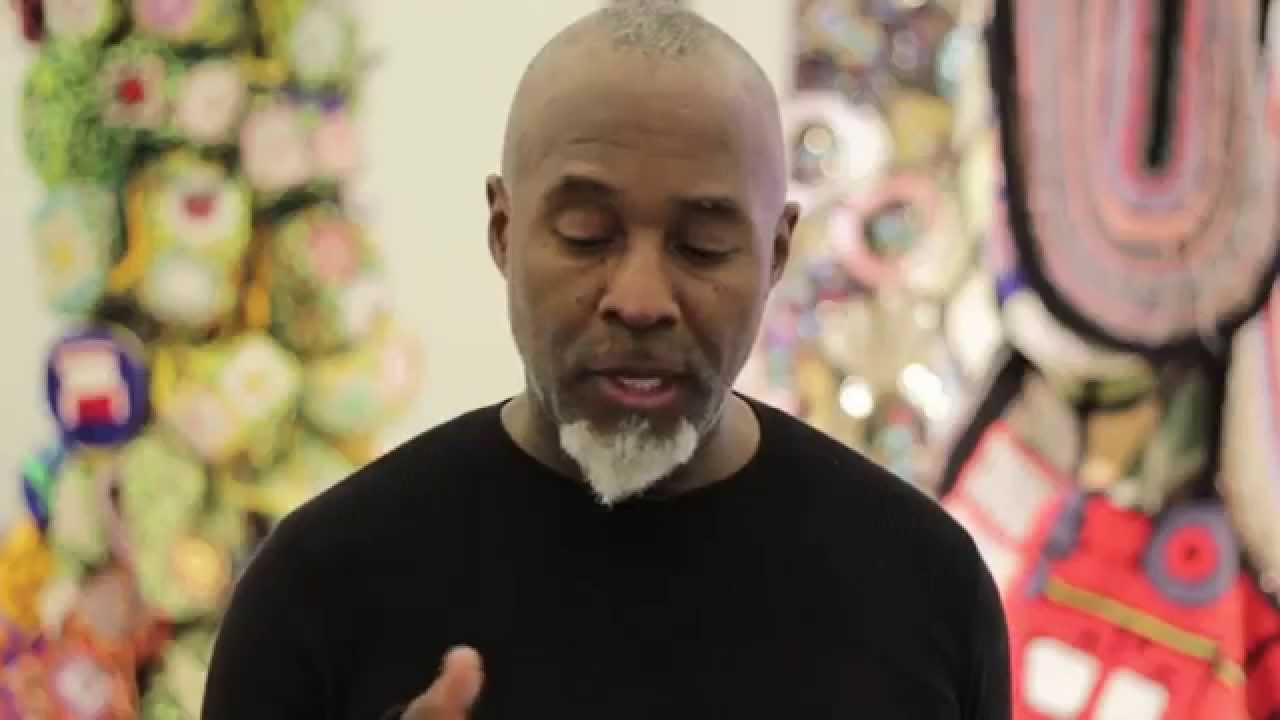 Although he was always too busy for a relationship in his younger days, he met his partner, artist and designer Bob Faust, eight years ago. Besides his relationship with Faust, Cave finds balance by devoting parts of his day to the sounds of silence: no radio, no TV, no music, and no phones. He explains: “I think if we all gave ourselves one hour a day in silence, we would live in a different world.”