The Chilean Andes have long been synonymous with Wild West-type equestrian adventures, with many travelers who reach the iconic mountain range arriving eager to discover it on horseback. Chile, like its neighbor Argentina, is well known for its gauchos: local cowboys who breed, care for, and ride horses on the South American plains. Now, a new set of stables near the capital of Santiago has been making waves in the design world for its simple yet elegant aesthetic. 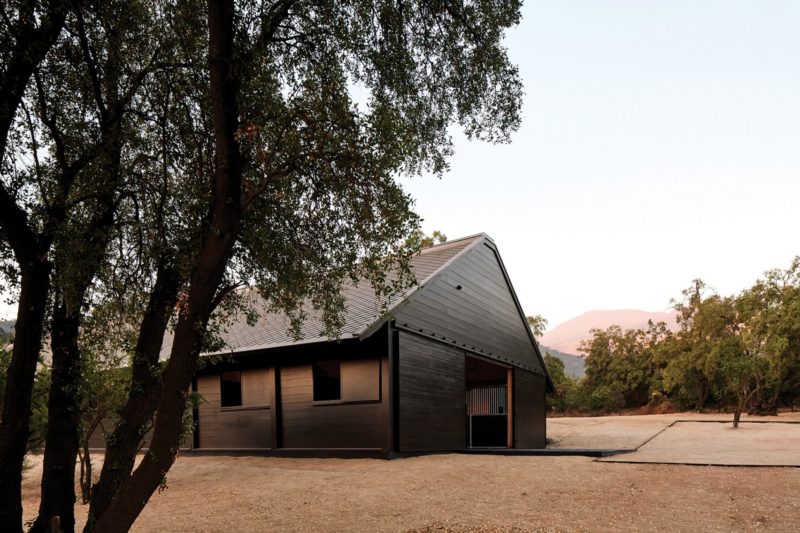 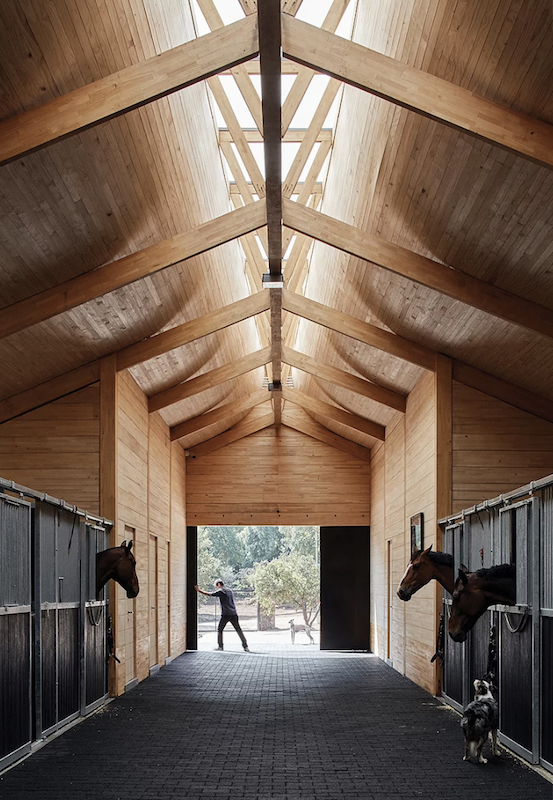 Designed by horse lover Matias Zegers of Matias Zegers Arquitectos, these stables are located in the Andean foothills closest to Santiago. Built upon a sprawling three-acre site, the stables are accompanied by a top-notch equestrian school, which itself is comprised of a central barn, a training arena, a covered exercise ring, an ancillary barn for storing equipment, and a terrace for relaxing after riding sessions. A total of fourteen show-jumping horses are kept at the stables, which are constantly being manned by either two or three people. 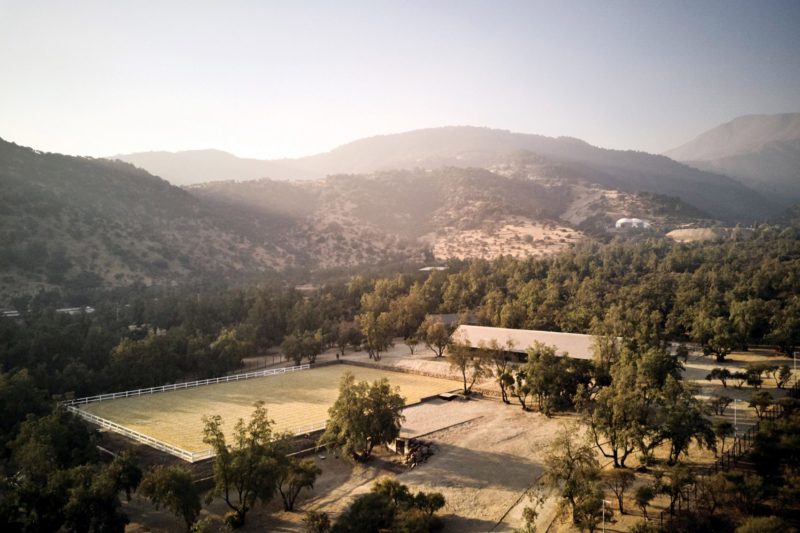 The stables are contained within a long, linear volume with a deep pitched roof that creates a dramatic yet simple silhouette. The form of the barn echoes that of the architecture you’d expect to see in the countryside, whether it be for agricultural or livestock purposes. The design of the stables is minimal, with an opening at each gable end leading into the central aisle (off which the individual stalls can be accessed). Openings along the length of the exterior walls allow the horses to pop their heads out, while inside, the walls are clad in a light timber and the floor is made up of dark paving stones. 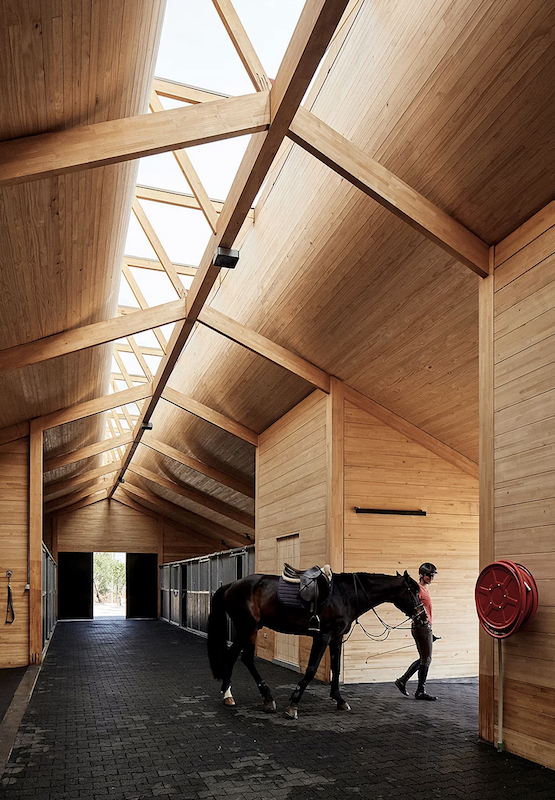 The interior of the stables is illuminated by a skylight that runs along the roof’s central ridge. The ceiling curves up towards the skylight from both sets of eaves, resulting in a calming detail that ends in laminated roof trusses supporting the glazing. Zegers commented specifically on this feature, explaining: “The skylight slims towards both ends reducing light to a dimmed, quiet ambiance for the horses to rest in their stalls. [The ceiling’s curved surfaces] prevent backlighting effect, while a double layer of whitened glass generates an undifferentiated blur or light halo with no contrast, as if the suspended air had been lit [up].” 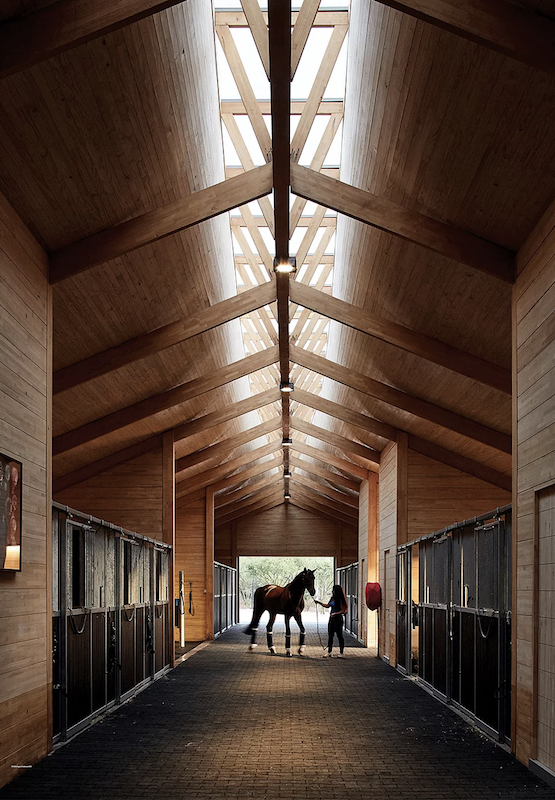 Continue reading below
Our Featured Videos
Zeger has been riding horses since he was a boy, so it’s pretty safe to say he’s familiar with the inner workings of stables and equestrian centers. He adds: “Horse riding hasn’t changed significantly throughout time; its essence is still the same, but the dedication and care given to horses have modernized.” Speaking on the barn’s simple exterior cladding of wooden slats on the walls and subtle metallic roof tiles, he says: “When seen from a distance, both the building’s shape and texture make it disappear not only to the eye but also to the memory, fading away along with the hundred similar stables we might have seen.”