Iceland has been at the top of many travelers’ lists for the past few years now, largely owing to its growing economy, reputation as a Game of Thrones filming location, low-cost flights, and incredible natural landscapes. Yes, Iceland is awash with epic scenery, including a stunning array of glaciers, geysers, and volcanoes. One of the country’s most impressive natural features, and one that tourists flock to time and time again, is the famous Blue Lagoon. Basalt Architects have just completed a new hotel there, linking an existing spa on the site to a brand new complex so as to better utilize its unique and inimitable setting. 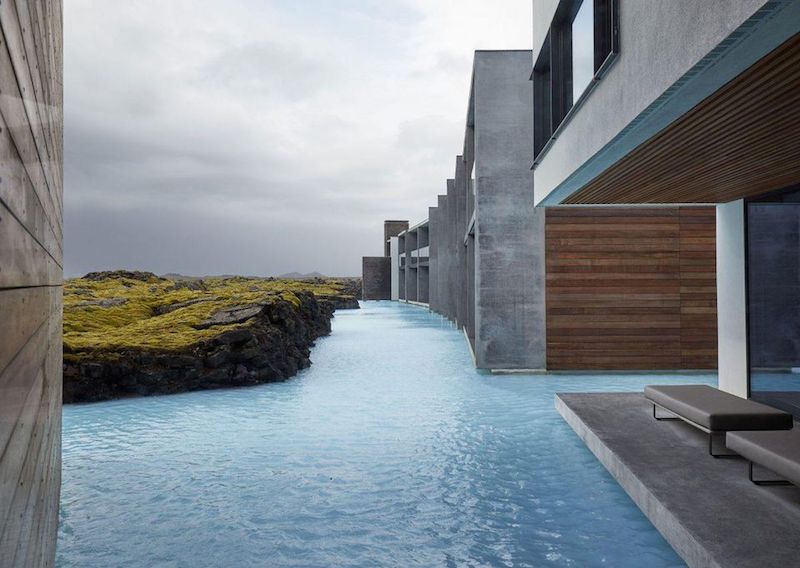 The Retreat at Blue Lagoon Iceland is a special type of resort, one whose design is very much dictated by the imposing geology and geographic makeup of its surroundings. This latest addition is just the most recent in a long line of hotels, spas, and other new accommodations that make up a much larger sprawling network of leisure and wellness facilities. 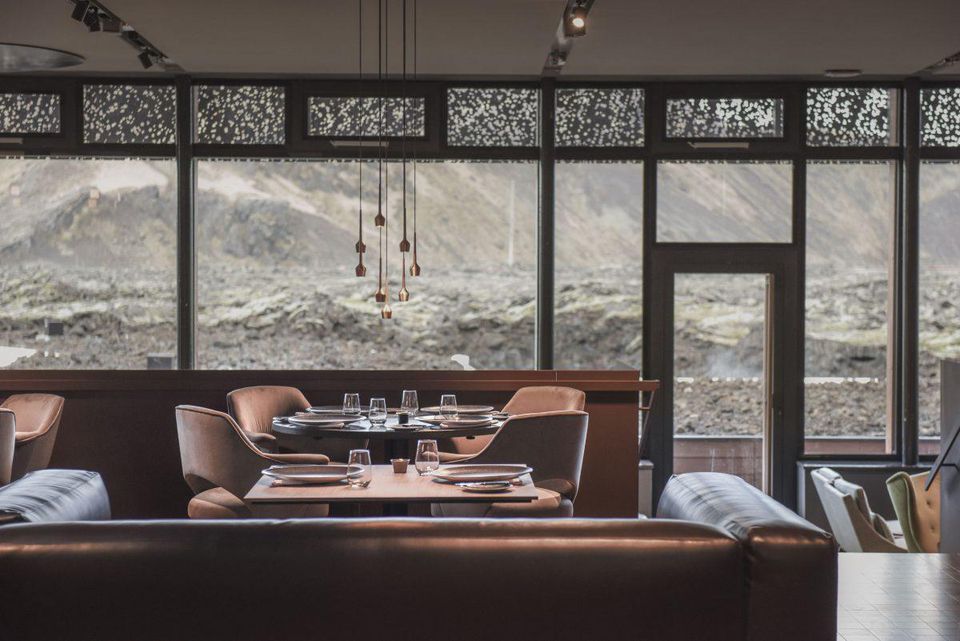 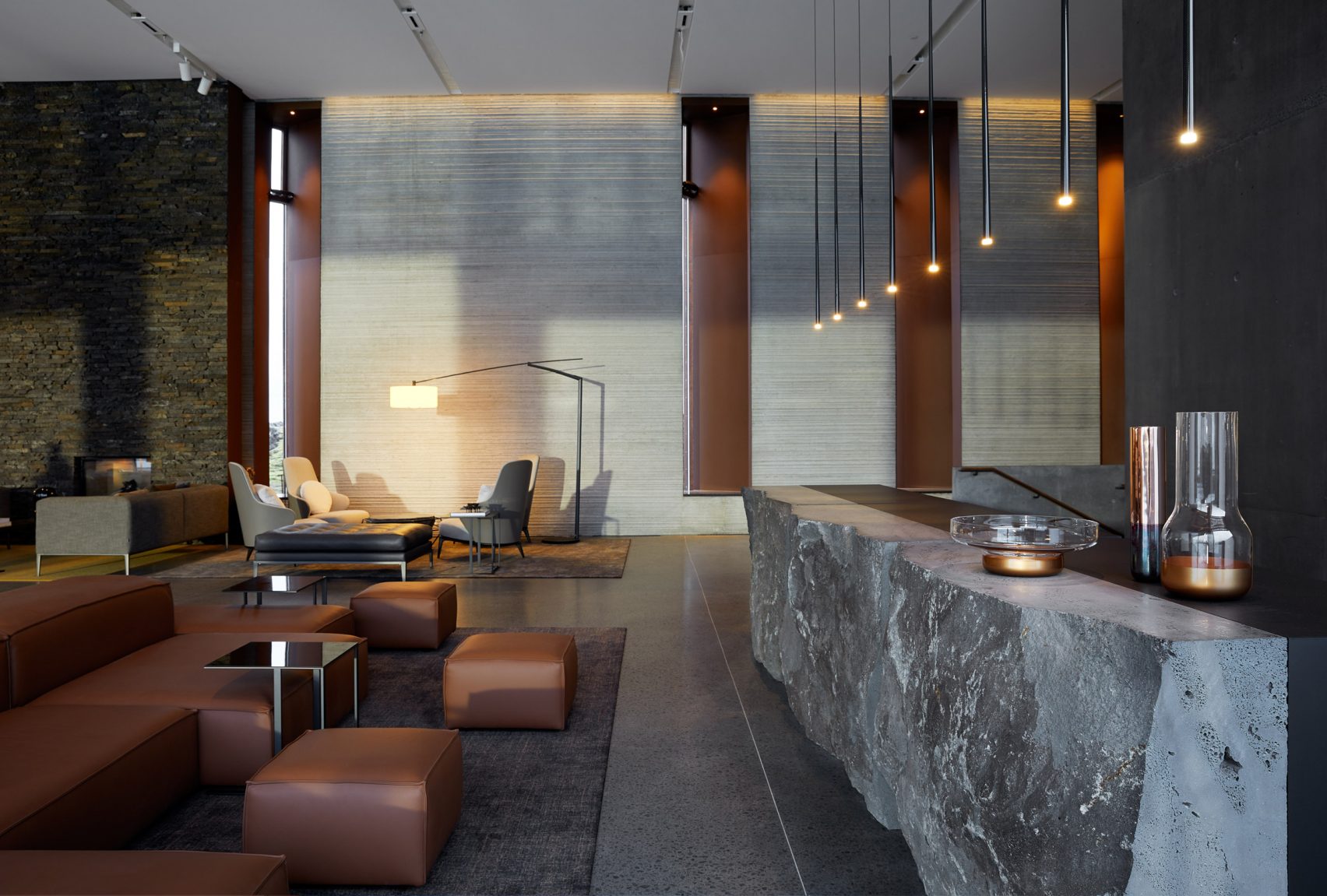 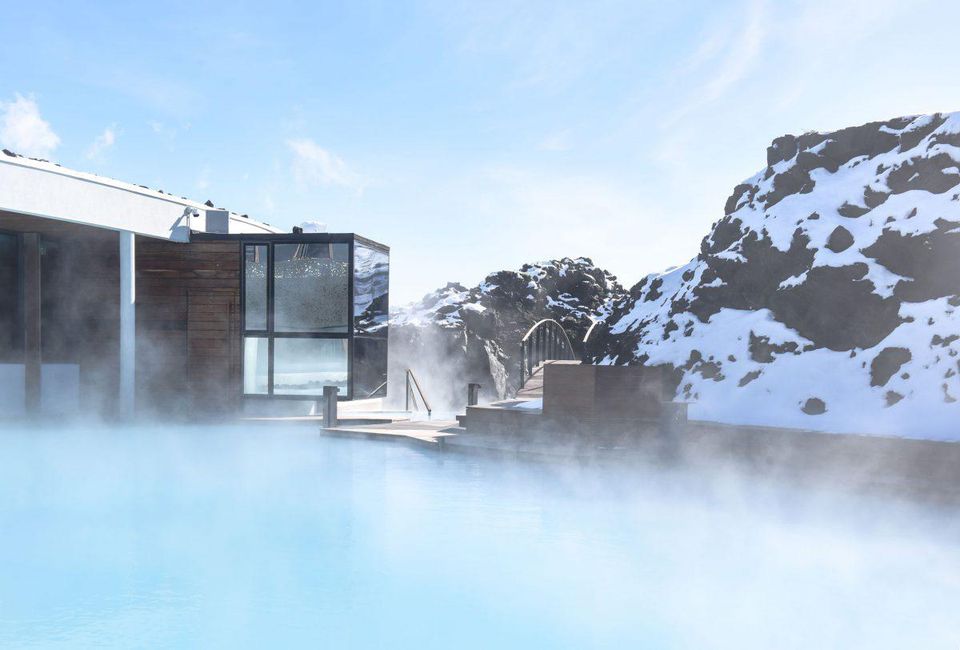 Sigríður Sigþórsdóttir, the founding partner of Basalt Architects, designed the Blue Lagoon’s original spa, as well as many of its other existing structures. This time, he collaborated with Design Group Italia to create a new integrated wing called “The Retreat.” The complex itself can be reached by several different roads and paths, branching out in long, curving fingers into the actual lagoon. Walkways allows visitors to move between different sections of the hotel and spa, simultaneously giving them direct access to the lagoon’s famous turquoise waters. 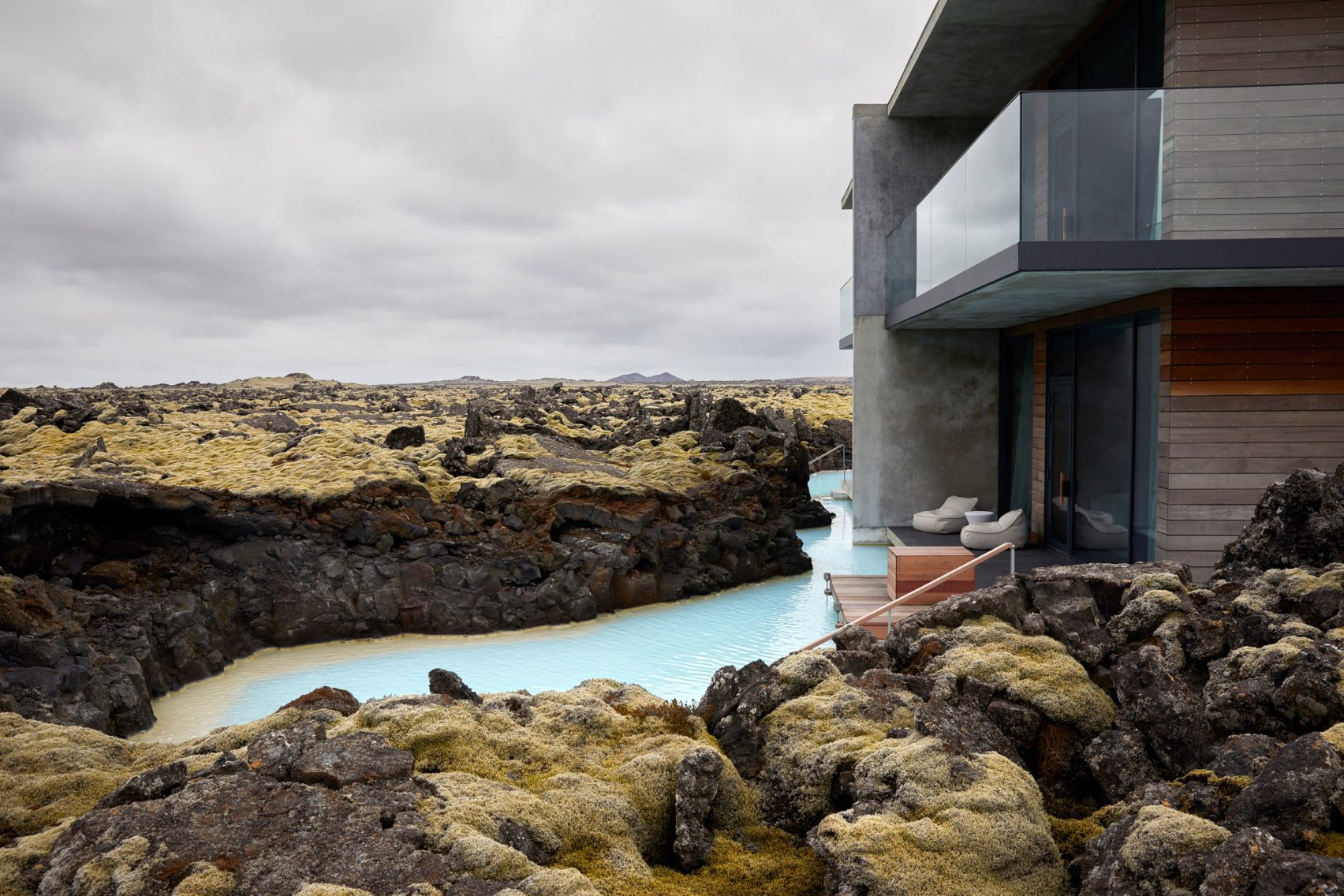 In terms of its focus on health and wellness, the Retreat embodies the very essence of the lagoon. 62 guest rooms and suites allow travelers to fully immerse themselves in Iceland’s incredible landscapes and restorative natural springs. The construction of the building was very very much informed by the site’s volcanic topographies, with many surveys of the existing ground and waterways being conducted beforehand so as to minimize the disruption of nature. Outside, volcanic rock and lava lay covered under bright green moss, which itself contrasts beautifully with the area’s rich blue waters.
These same elements were incorporated into the hotel’s interior design, whether it be via large panels of glazing in the bedrooms or building decks that go right up to the edge of the waters. Even the reception desk was inspired by the local nature! 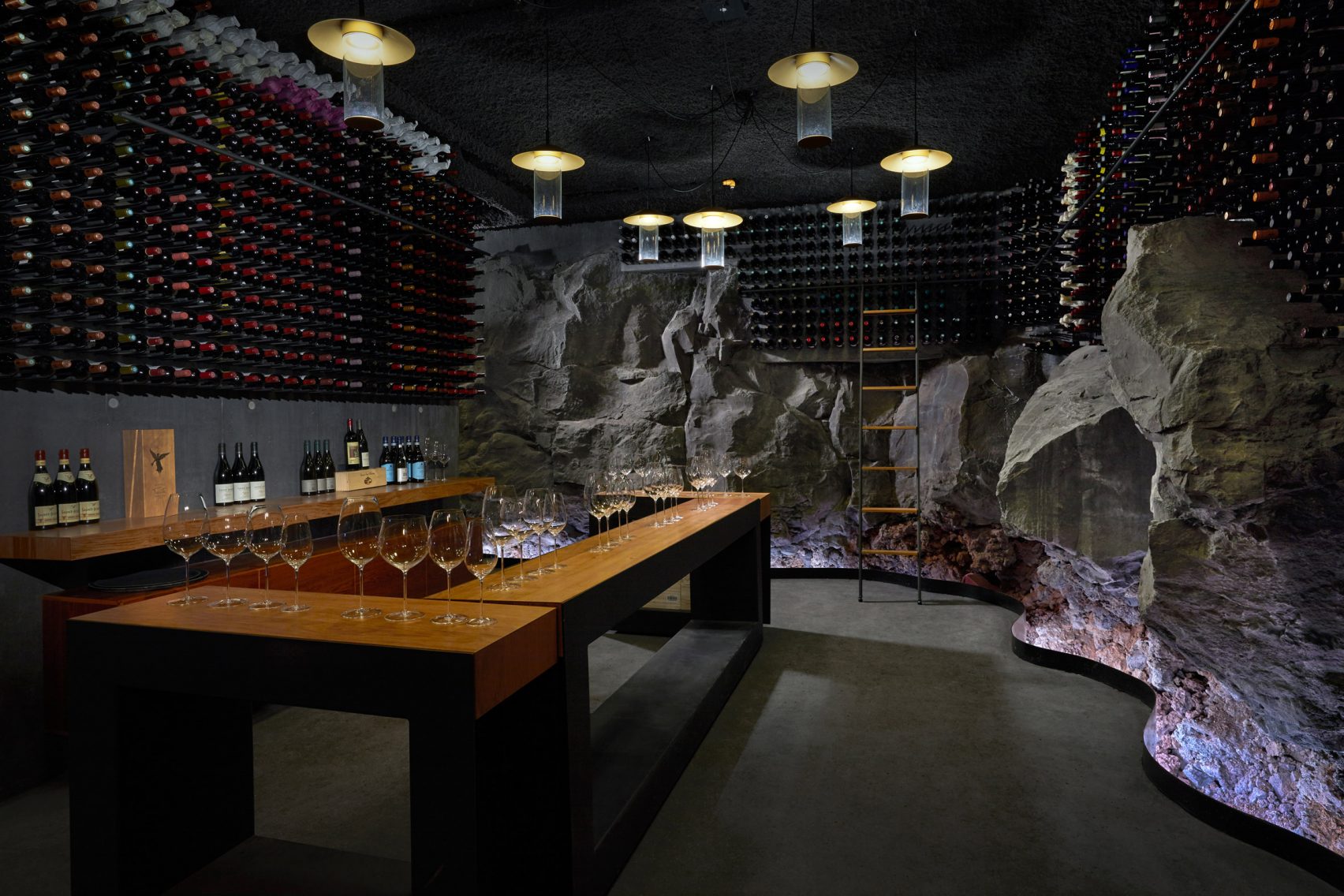 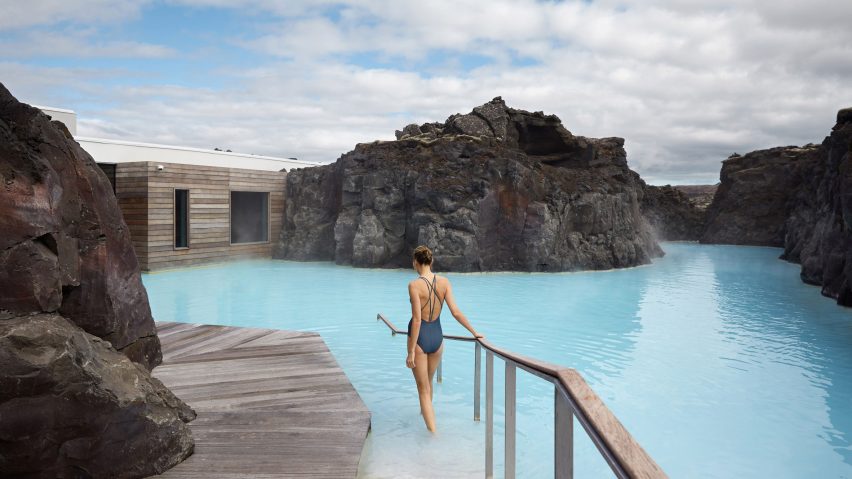 Continue reading below
Our Featured Videos
“We wanted the lava, the moss, [and] the water to be omnipresent, resulting in architecture that is woven in with the natural elements,” the architects explain. “The bare lava forms the walls inside and outside and covers the roofs. The water surrounds, flows through,r and cascades, and the lush moss stretches all the way to the horizon around.” The resulting effect is one of absolute unity, with both the hotel and spa blending seamlessly into their surroundings. It’s had to imagine a better place for taking in the epic Icelandic countryside.