Apple just revealed all of its planned software updates for the year at its annual Worldwide Developers Conference, and there’s something for every user to get excited about. WWDC21 gave us a glimpse at new platforms for the iPhone, iPad, Mac, Apple Watch, smart home gadgets, and more. Features boosting security and privacy are at the top of the list, along with sleeker interfaces and upgraded functionality.

All of the new software will be released to the public this fall, just in time for fresh hardware drops like the anticipated iPhone 13, but developers have access to the updates now, with public beta tests expected to go live in July. 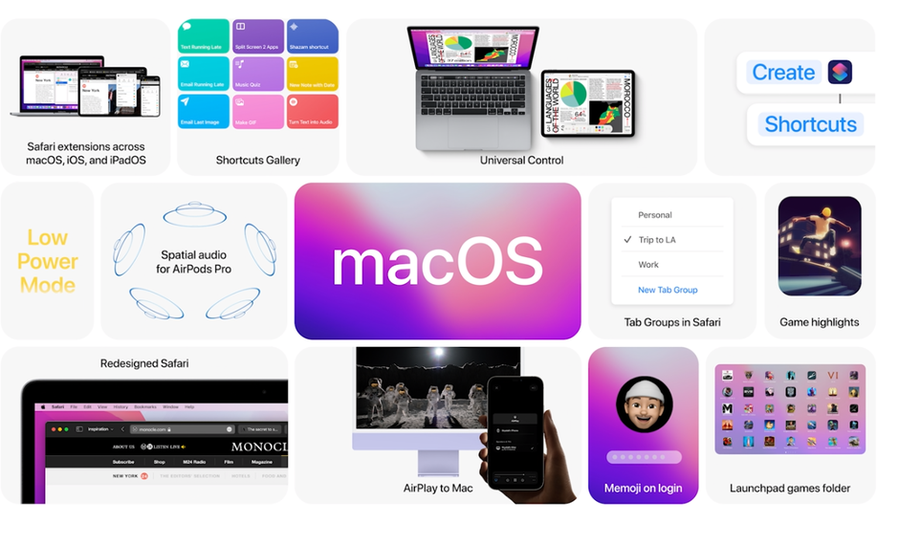 The next iOS will come with lots of fresh features, including bigger app icons, photos of your contacts on text notifications, and new filter modes called “Focus” that let you fine-tune groups of custom settings like “Work,” “Sleep,” and “Do Not Disturb” according to how reachable or distractible you feel like being at any given moment. Photos shared in iMessage will be grouped into collages or stacks in your photo gallery or memories, and a new feature called LiveText will use AI to digitize any text in your images so you can copy and paste it.

The new iPadOS 15 will let you add widgets to the home screen and introduce a new “Shelves” feature that will show open windows within an app, making multitasking a lot easier. A new “Swift Playgrounds” app will also make it possible not just to learn how to code but build apps and submit them to the App Store. 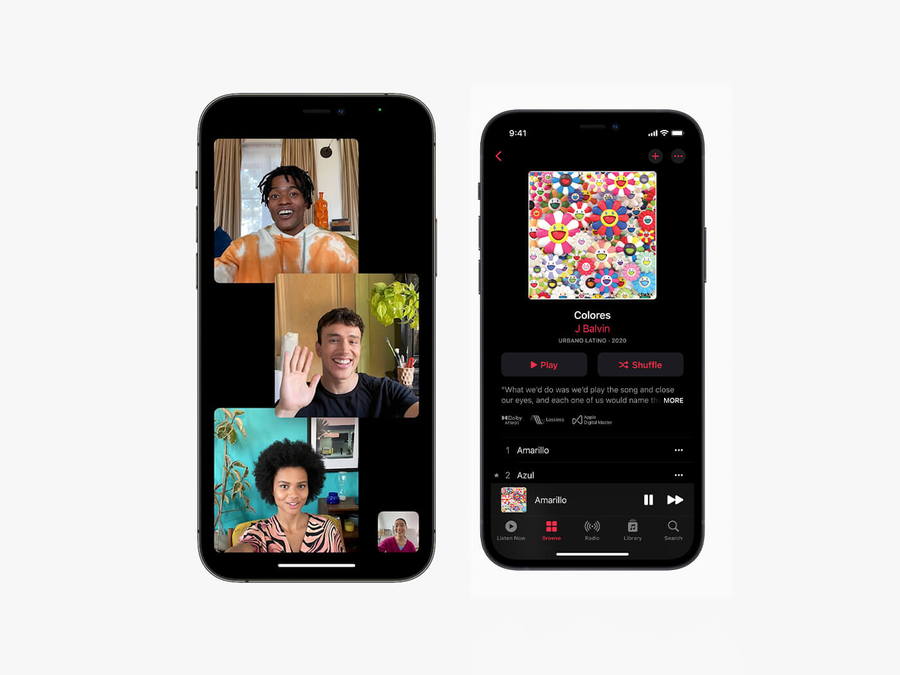 Soon, the days when you could only FaceTime with other Apple users will be a distant memory. Android users will also be able to participate in video calls via shareable links, so nobody in the family or friend group needs to be left out of the fun. Portrait mode-style blurring will eliminate distracting backdrops behind your head, voice isolation will help reduce background noise, and spatial audio will change where sound seems to come from based on the speaker’s location on your screen. Users will also be able to share music and video during FaceTime calls using SharePlay. 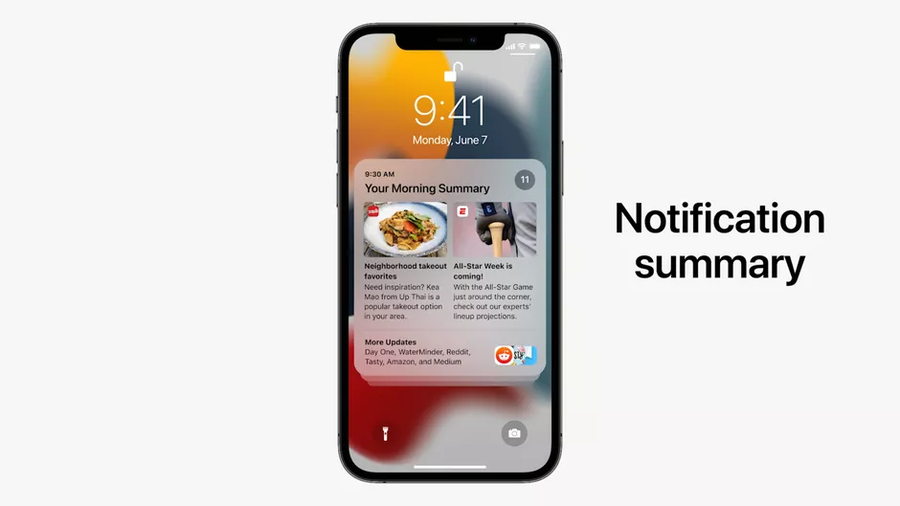 Apple’s next big MacOS update will offer many of the same features debuting on the iPhone, like the enhanced FaceTime features and Focus notification filters, but we can also expect Universal Control, which will let Mac users transfer content between a Mac and iPad using a single mouse and keyboard. That means you could seamlessly drag and drop something like an image between your iMac, MacBook, and iPad in a single motion, an ability that’s been sorely missing. Look for some helpful additions to Safari, too, like tab groups to organize all your open tabs.

Continuing its bid to position itself as more privacy-focused than competitors like Google, Apple will soon begin obscuring the IP addresses of its users on the Mail App and Safari, so companies won’t be able to identify and track you based on your activity. You’ll also be notified anytime an app uses features like the camera, microphone, or address book. 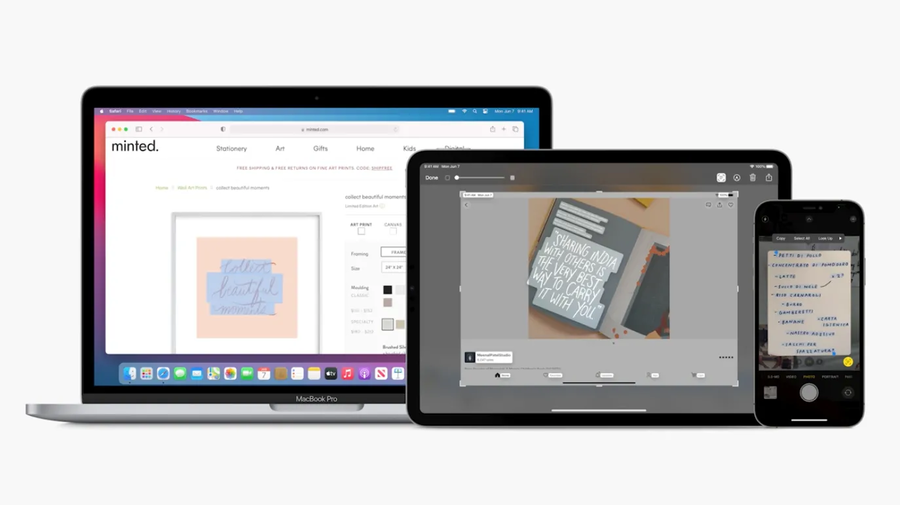 With the new iCloud Plus, you’ll be able to create obscured email addresses to hide your personal info with “Hide My Email,” shield your clipboard data from other apps with “Secure Paste,” log into sites across the internet using Face ID or Touch ID instead of passwords, and more easily erase all your personal data with a single click. 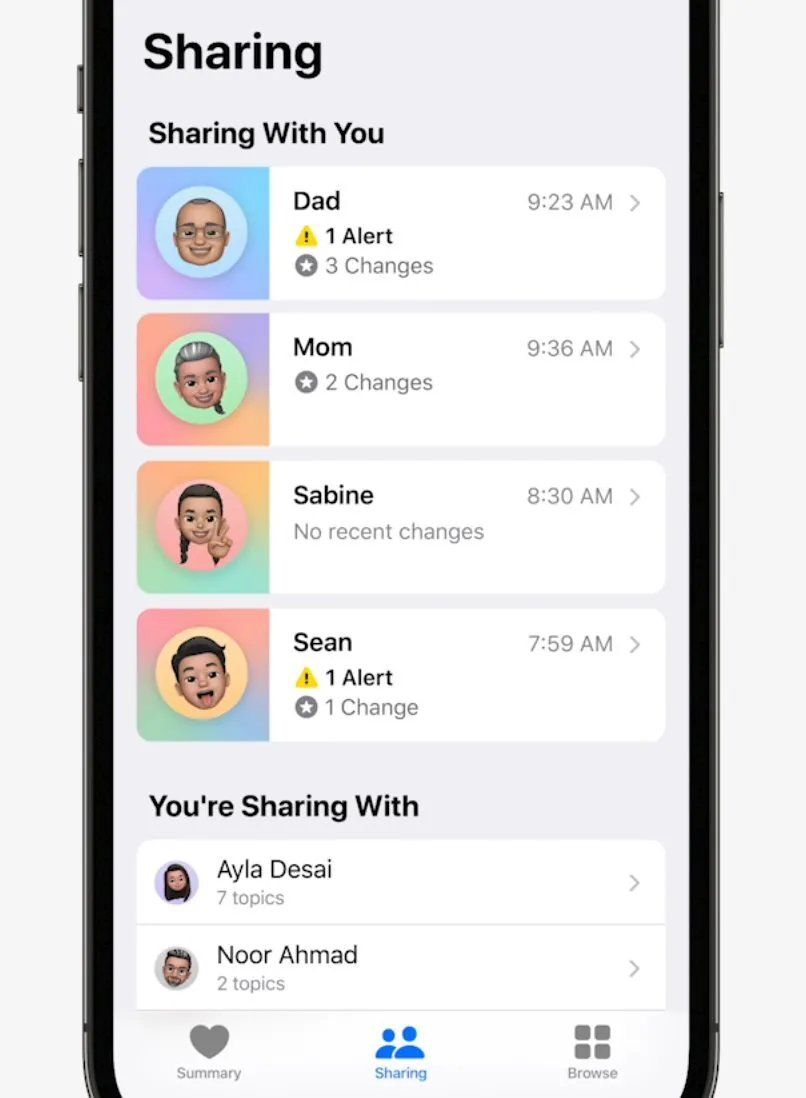 Need to keep tabs on the health of your kids, elderly parents, or other family members? You’ll soon be able to share data from the Health app with chosen contacts, including heart rate and movement data. Even better, alerts for events like falls or long periods of inactivity can be sent directly to the phones of caregivers. The as-yet-unreleased Apple watchOS 8 will also have some cool new health features, like a Mindfulness app, new workout types in the Fitness app, and the ability to track your respiratory rate while sleeping.

For those with hearing difficulties, the new AirPods Pro will include a “Conversation Boost” feature that isolates the voice of the person closest to you and reduces background noise. You’ll also be able to see exactly where your AirPods are at all times with enhanced “Find My” abilities.

That’s not all — there are also new features coming to Siri, Wallet, and more. To learn about them all, check out the video recaps Apple created for days one, two, and three of WWDC21.