Time and space, as Einstein famously proclaimed, are intimately linked. The iconic physicist’s Theory of Relativity envisions the three dimensions of space and the one dimension of time as intertwined in a single malleable and variable continuum that permeates the entire universe.

Everything moves in time, but the speed of time can be different depending on your location and perspective — and in outer space, time moves slower. So does that make wristwtches totally useless to astronauts? They may not tell them the exact hour and minute of their relative location while they’re floating around outside Earth’s atmosphere, but when the watches are this cool, who really cares? 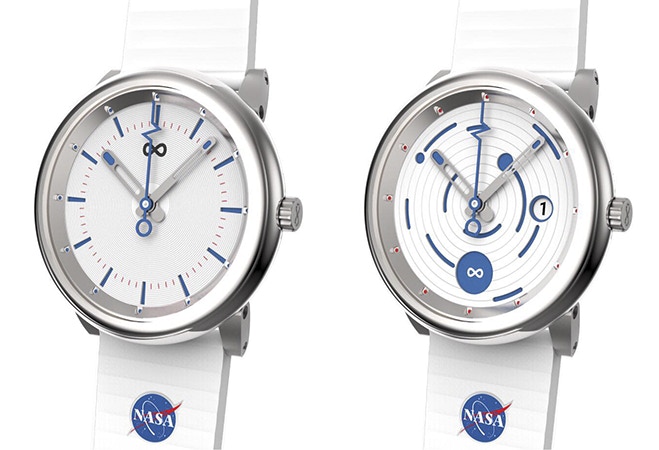 The Gamma Series from Divided by Zero is a new collection of timepieces inspired by NASA and outer space, each bearing its own unique eye-catching design. The watches are named after famous scientists and astronauts, including Hawking, Tyson, Bruno, Villard, Aldrin, Grissom, and Shepard. The first four come in dramatic black with luminous markings that offer a glow-in-the-dark surprise when the lights are out, while the latter three designs feature signature NASA colors and materials influenced by spacecraft. 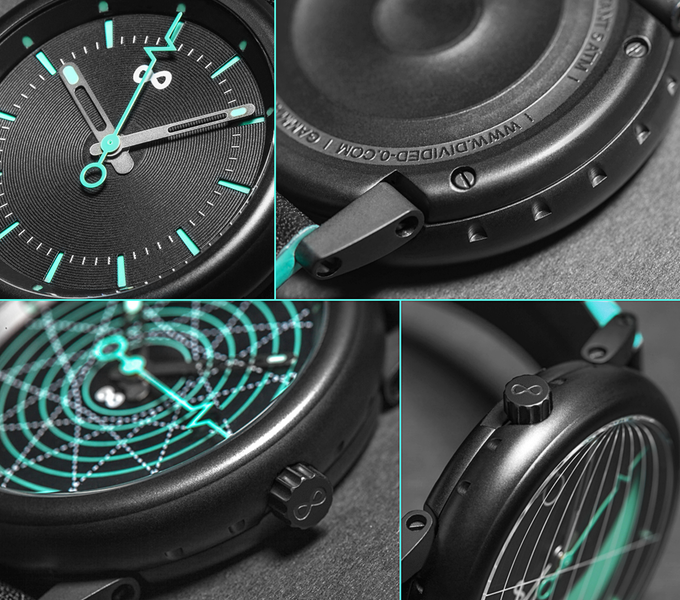 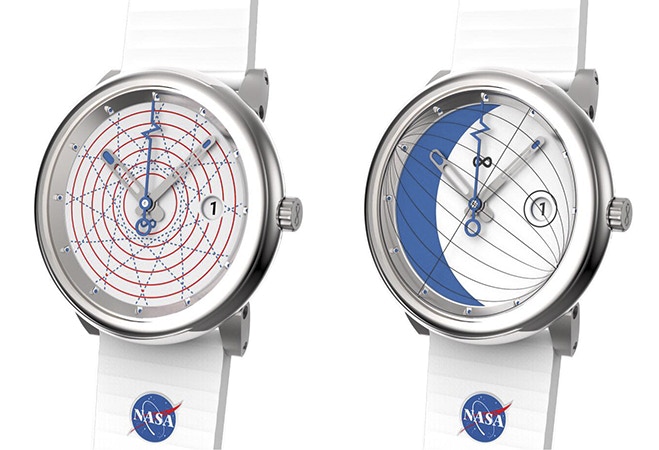 The Gamma series was created using Swiss Super-LumiNova pigments by Tritec for a superior long lasting glow, and the straps are made of lightweight polyurethane for a high-tech look. The intricate Armstrong and Aldrin watches take inspiration from the first two astronauts to walk on the moon, while the watches named for prominent NASA astronauts and commanders Al Shepard and Gus Grissom have a more minimalist look.

The Bruno model, named for Giordano Bruno, is “a reference to schematic and simplistic observations on space in the past,” while the model named for scientist Neil deGrasse Tyson references the event that first made him fall in love with outer space: observing the moon through binoculars as a child. The watch named after French chemist and physicist Paul Villard nods to his discovery of gamma rays, and Stephen Hawking’s namesake design is a “conceptual reference to the attempts to find order in the chaotic reaches of space.” 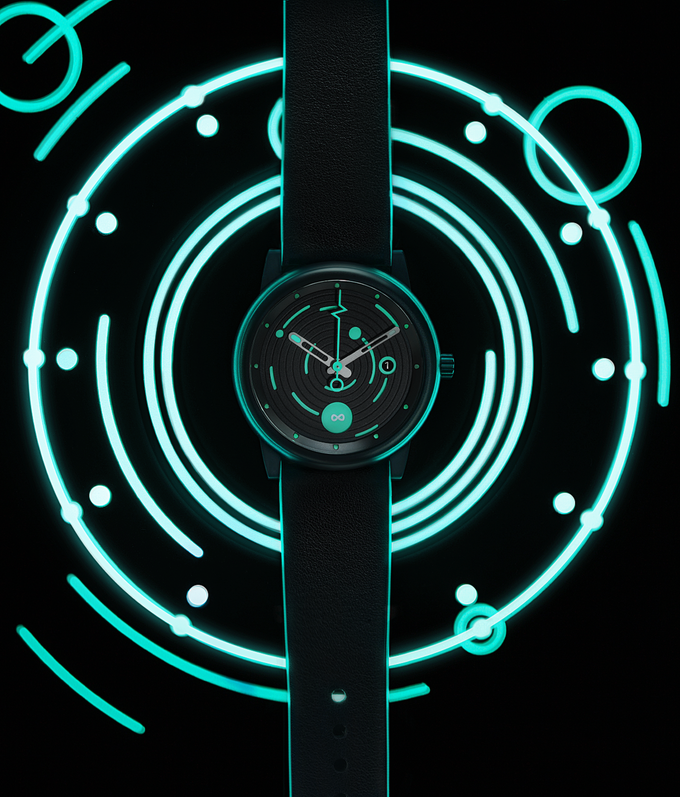 The designers “calculate every part of the design and construction of the watches with the help of actual mathematicians and engineers, combining pure aesthetics with a pragmatic and appealing look. Each collection is devoted to the greatest minds of the past and the present, honoring their remarkable discoveries that left traces in our history. To capture these amazing moments in a wristwatch format is what [they] aim to achieve with every collection.”

“Each watch has a black PVD-coating on steel parts, a new reworked case that weighs lighter than [its] predecessor, and it runs on Japanese-made Miyota 1S13 movement. All timepieces from the Gamma series are equipped with black leather straps with a signature blue edging.” 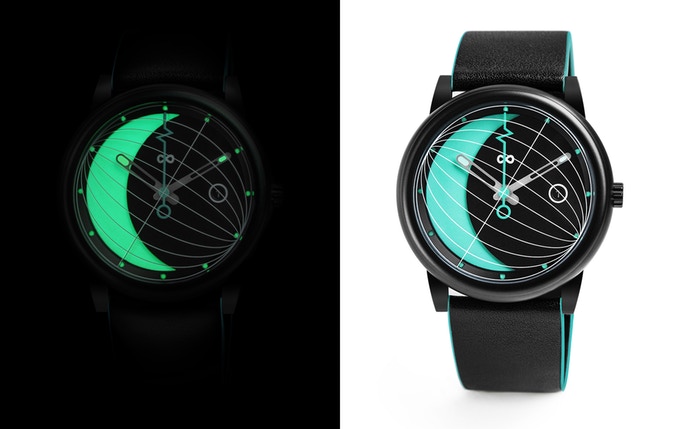 The Gamma wristwatch series is currently raising funds for production on Kickstarter, with preorders starting at just $158. Divided by Zero’s previous Alpha and Beta collections, featuring watches named after even more famed scientists and thinkers throughout history, are also available for purchase on the company’s website.