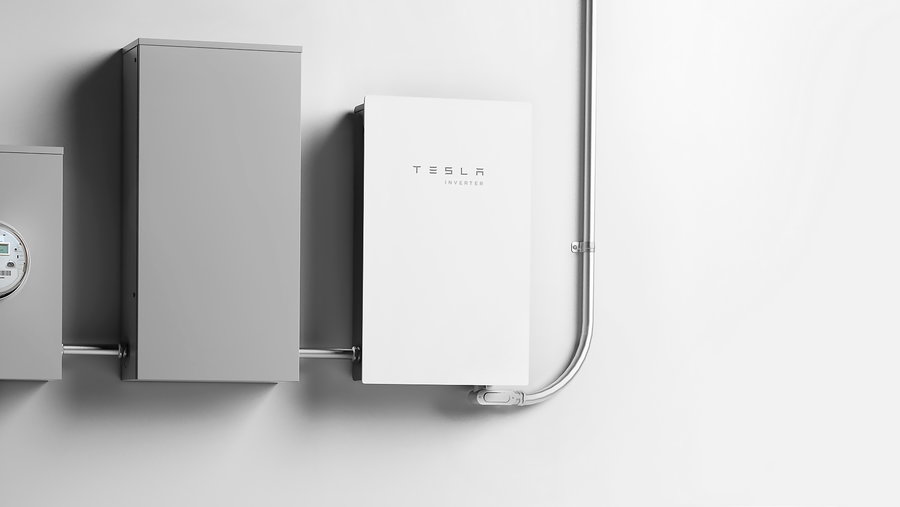 “Tesla Solar Inverter completes the Tesla home solar system,” the company website says. “Tesla’s renowned expertise in power electronics has been combined with robust safety features and a simple installation process to produce an outstanding solar inverter that is compatible with both Solar Roof and traditional solar panels. Once installed, homeowners use the Tesla app to manage their solar system and monitor energy consumption, resulting in a truly unique ecosystem experience.”

For those unfamiliar with the technology behind solar, an inverter is the part of a solar energy system that converts the direct current (DC) power coming in through the rooftop panels into alternating current (AC), the kind of power supported by utility companies and used by household electronics. By adapting the incoming power, homeowners can generate their own electricity and even sell some back to the utility providers where permitted. 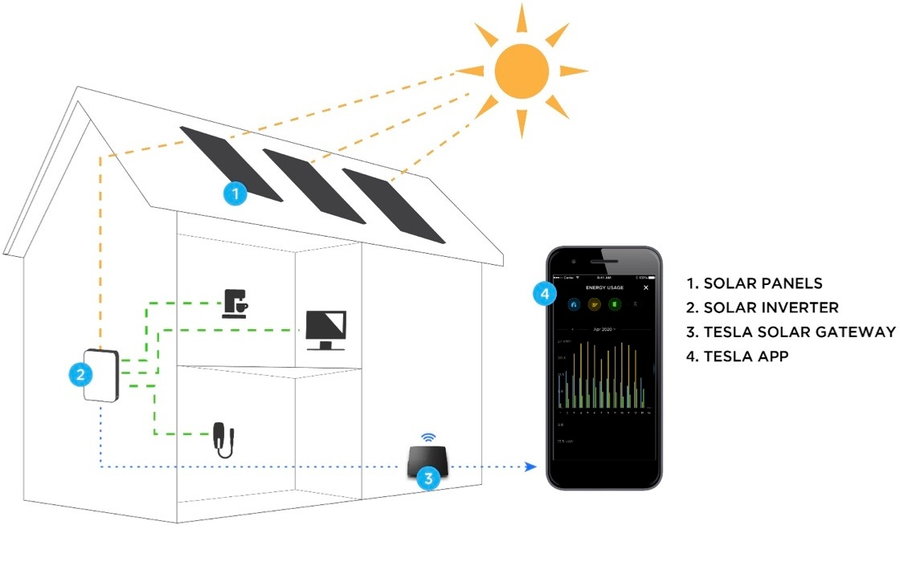 Thus far, Tesla, headquartered in Palo Alto, California, has been installing third-party inverters with its Solar Roof and Powerwall packages. But with the development of its own proprietary device, the company can have greater command over the full system, including design and monitoring aspects. Plus, this addition could potentially bring down the cost of the complete solar system by tapping into their already extensive charging station and EV power production capabilities.

Here’s what’s under the hood of Tesla’s latest offering: 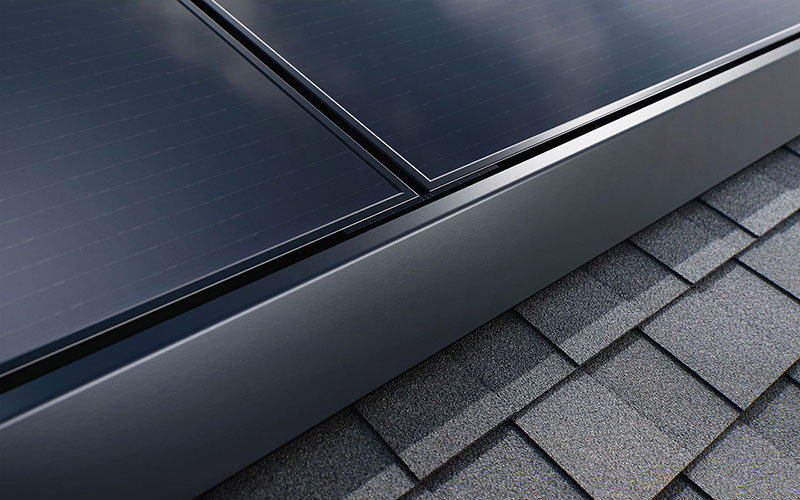 Built on Powerwall 2 technology, two versions of the new inverter are available: a 3.8 kW type with two maximum power point trackers (MPPTs) and a 7.6 kW edition with four, with the latter being a huge bonus in systems where the solar modules are positioned on different parts of the roof and connected by several strings.

Linking with Wi-Fi, ethernet, and cellular connections, the inverter is capable of over-the-air updates, making it more adaptable than those offered by Tesla’s competitors. This creates the possibility of improved software over the device’s lifetime. It’s also designed to integrate with the Tesla mobile app for full user control and visibility, and with the Tesla Powerwall where applicable. 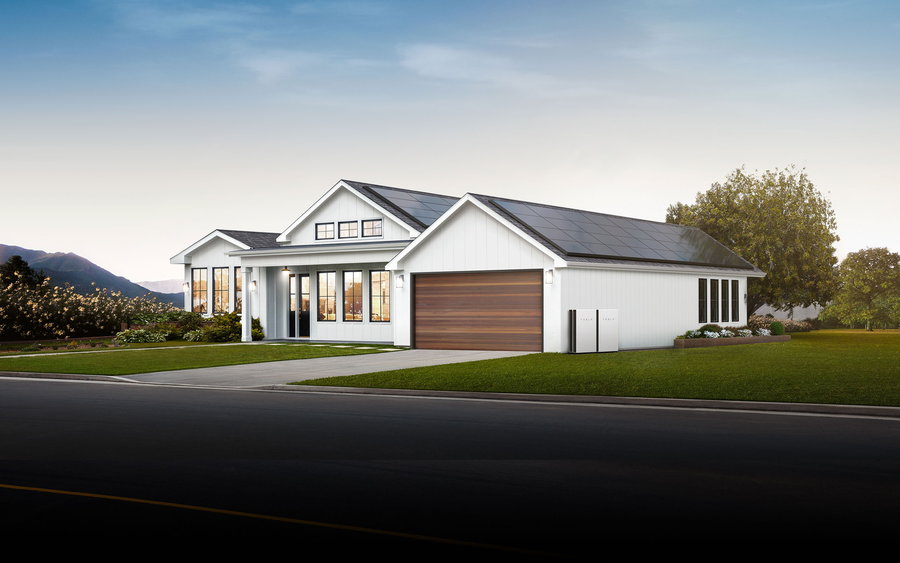 The product webpage asserts that the new inverter has a 97.5-percent efficiency rating. Unfortunately, it’s not made clear if that’s the maximum efficiency or the California Energy Commission’s weighted rating. If it’s the latter, the company’s inverter can beat out the Delta version with its 97 percent, but not SolarEdge’s 99 percent weighted efficiency (both inverters that Tesla has installed previously with its solar systems).

The new device is equipped with integrated rapid shutdown capabilities, as well as arc-fault ground protection. It meets all the US-required safety regulations.

The new inverter can handle a broad range of temperatures from -22°F to 113°F (sorry Alaska and Arizona), and can be installed either inside or out. The box measures 26 inches tall by 16 inches wide and six inches deep, which is slightly thinner than many competitors. 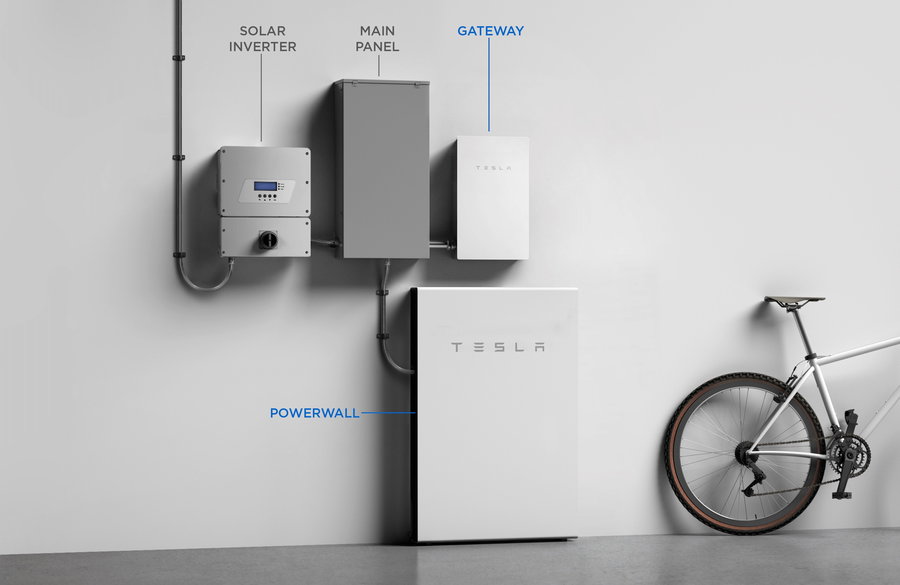 Finally, Tesla is offering a 12.5-year warranty on its inverter, besting Delta’s five-year and SolarEdge’s 12-year guarantee. That long-term promise of support – along with the company’s reputation for high quality standards – may help allay any buyer fears about going with a newer, less-tested product.