Ever wondered what it would be like to tour the personal residence of Leonardi da Vinci? Artist Georgia O’Keefe? Author Agatha Christie? Rocker Jimmy Page? Writer Sam Lubell lets the public get an intimate glimpse into the domiciles of all these beloved innovators with his new book Life Meets Art: Inside the Homes of the World’s Most Creative People. 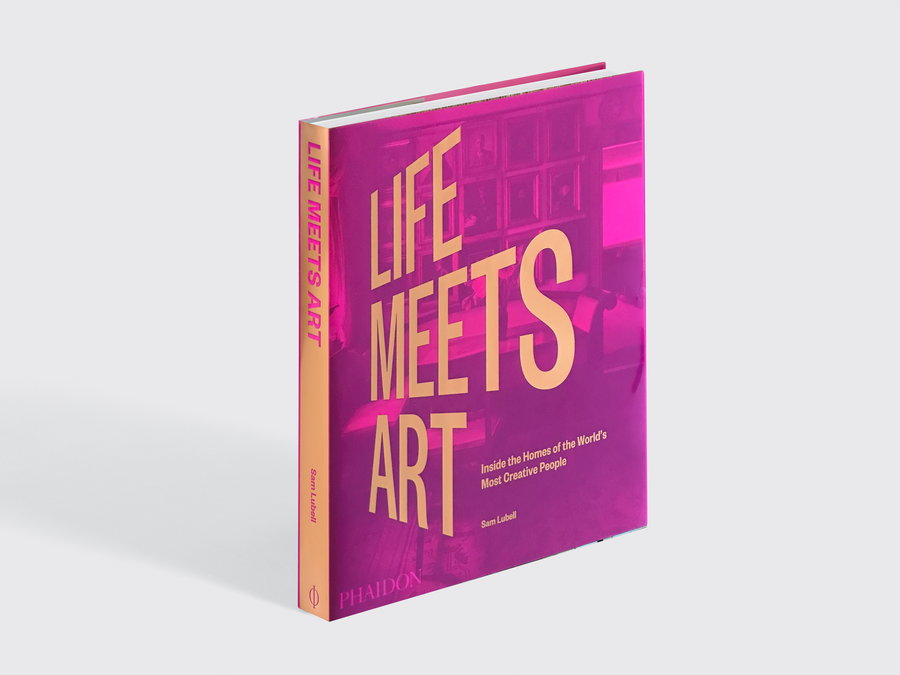 Featuring 250 of the biggest ground-breakers in art, architecture, design, fashion, literature, music, film, and theater, Lubell reveals a previously unseen facet of these individuals. “An oft-overlooked, profound way to experience their power and legacy is to examine one of the most personal aspects of who they are: their homes, their refuges, their inner sanctums,” he writes in the book’s introduction. “The spaces that purely reflect their values, their wants, and their spirits, designed just for them and those they love.”

The creatives highlighted come from the Renaissance all the way up to modern times. Narrowing down the names and dwellings for the book was a difficult but intensely gratifying process for Lubell. “Once we finalized our list, I became so ensconced in these homes that I felt like I was somewhere else. Often, I spent hours communing with their art or listening to their music,” he explains. “I was like a character actor who doesn’t break his role after filming. I really felt transported.” 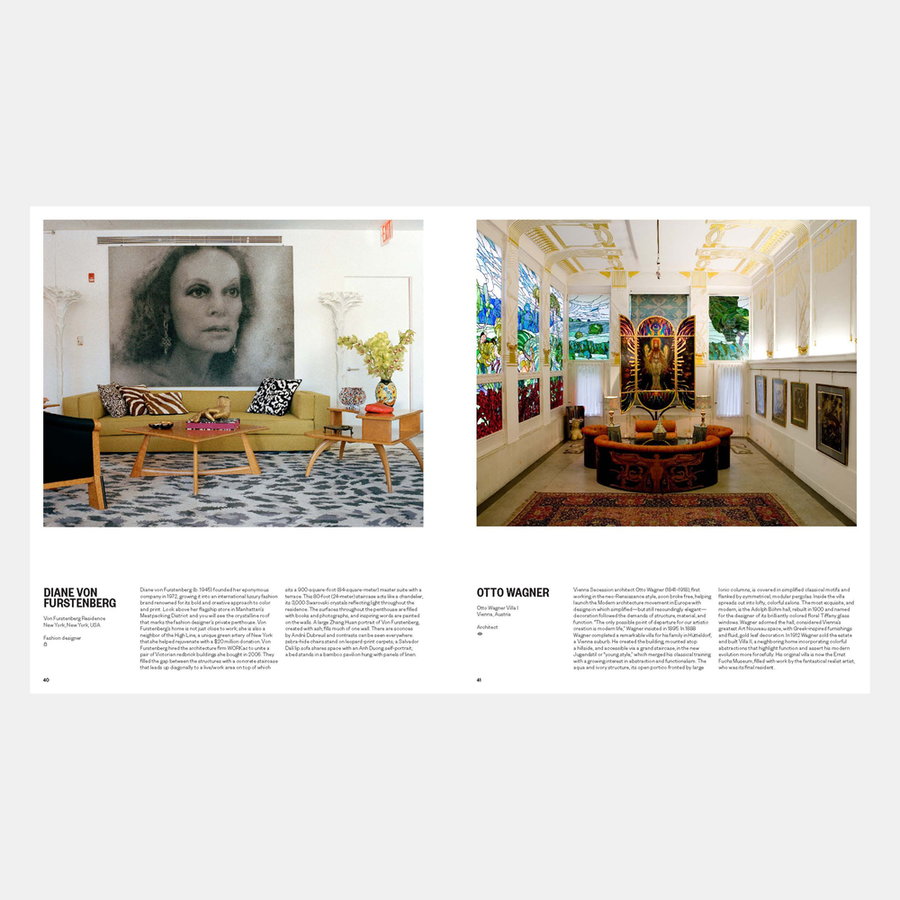 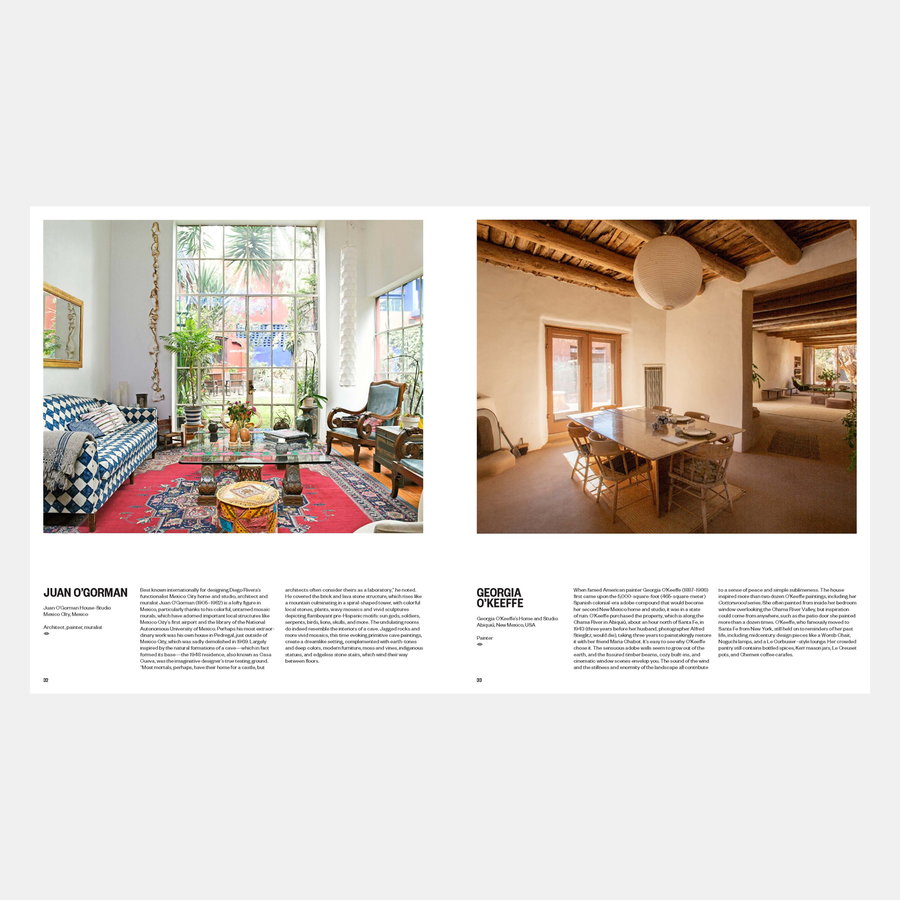 There were many abodes that reflected exactly what one would expect of the spotlighted icon – like animal print splashed across the rooms of fashion designer Diane von Furstenberg – but some of the interiors revealed new information. For example, Les Misérables author Victor Hugo liked to make furniture out whatever was lying around, and author Edith Wharton was actually a talented designer who helped with the plans for her house and gardens in Lenox, Massachusetts. 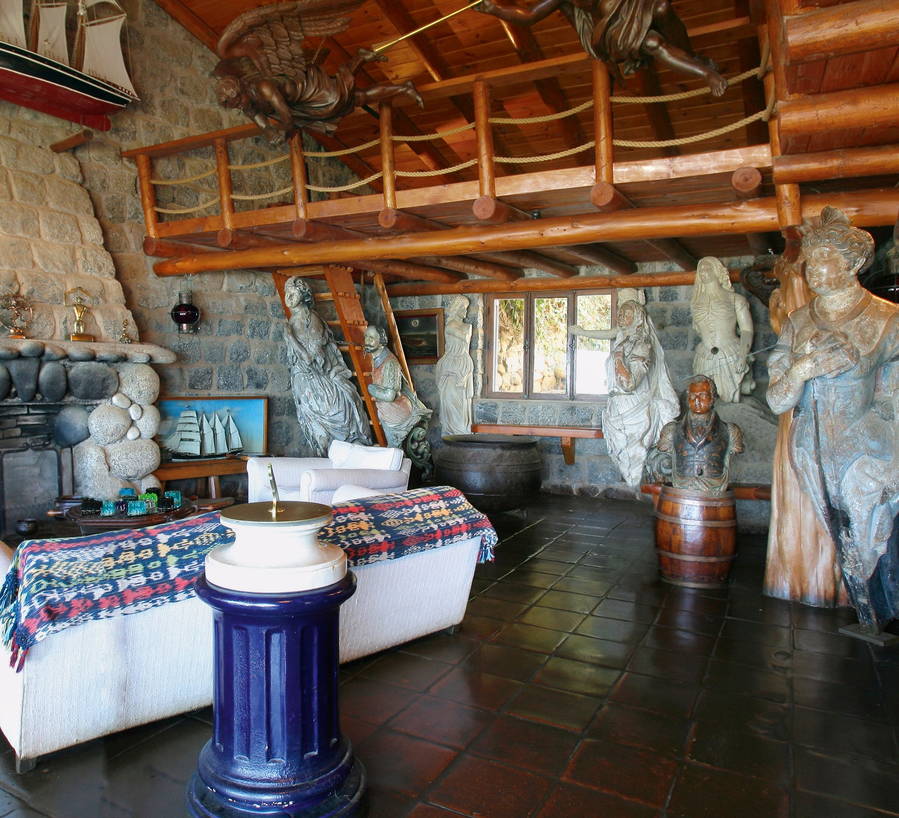 That may be most true of Chilean poet/politician Pablo Neruda. Lubell notes how his literary love of the sea was reflected in his personal surroundings with “seagoing objects like a ship’s buxom figurehead, compasses, maps, ships in bottles, seashells, and whale’s teeth. There’s even a large rusty anchor in the garden.”

“Few of us are aware of how much our homes, and architecture in general, shape us,” Lubell stresses. “It’s almost like peeking inside someone’s body. It’s just a perfect way to get to know them: their personality, their creativity, and what’s most important to them.” 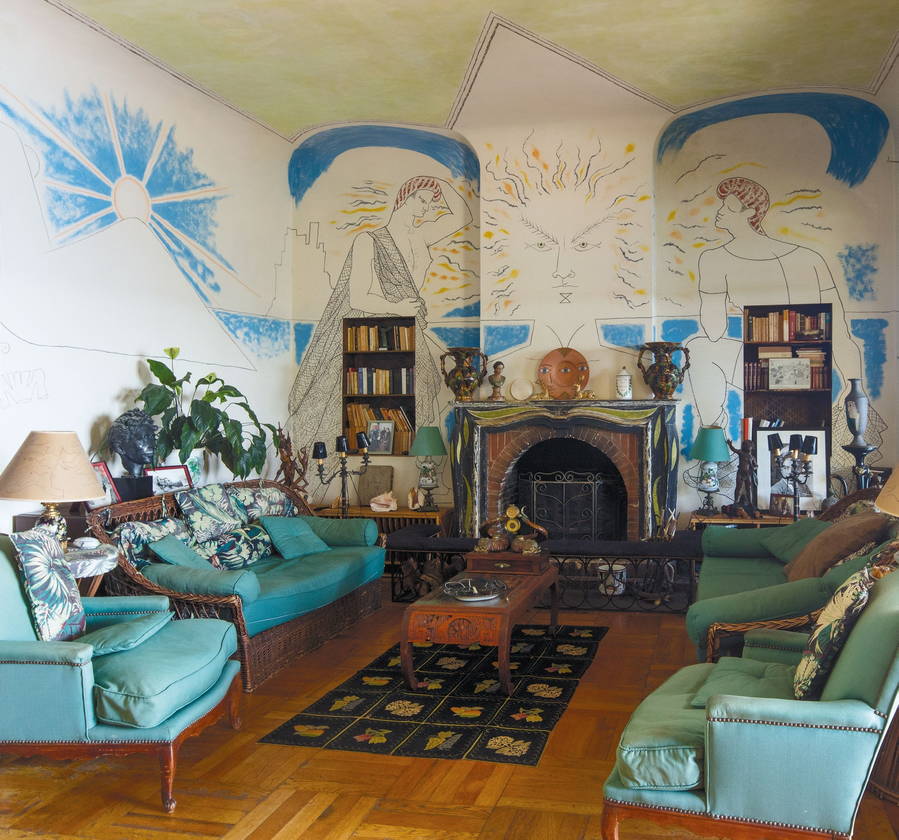 Viewing artist Jean Cocteau’s villa in Saint-Jean-Cap-Ferrat, France teaches that he was quite the fan of his own art, filling the walls with his own murals. And then there’s novelist Herman Melville, whose minimalist Massachusetts cottage shows that he kept a “sense of New England asceticism interrupted only by lovely dressers, clocks, beds, and china.” The southeast London apartment of textile and clothing designer Zandra Rhodes indicates how her eccentric and passionate personality set the tone for her “Rainbow Penthouse.” 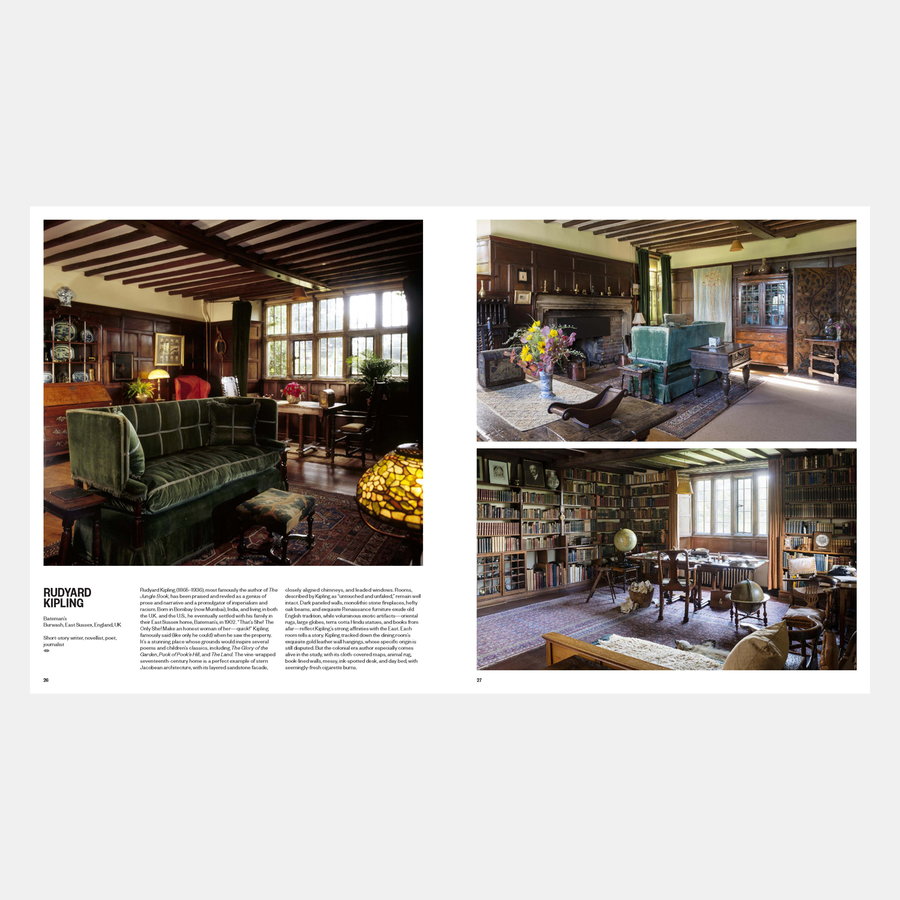 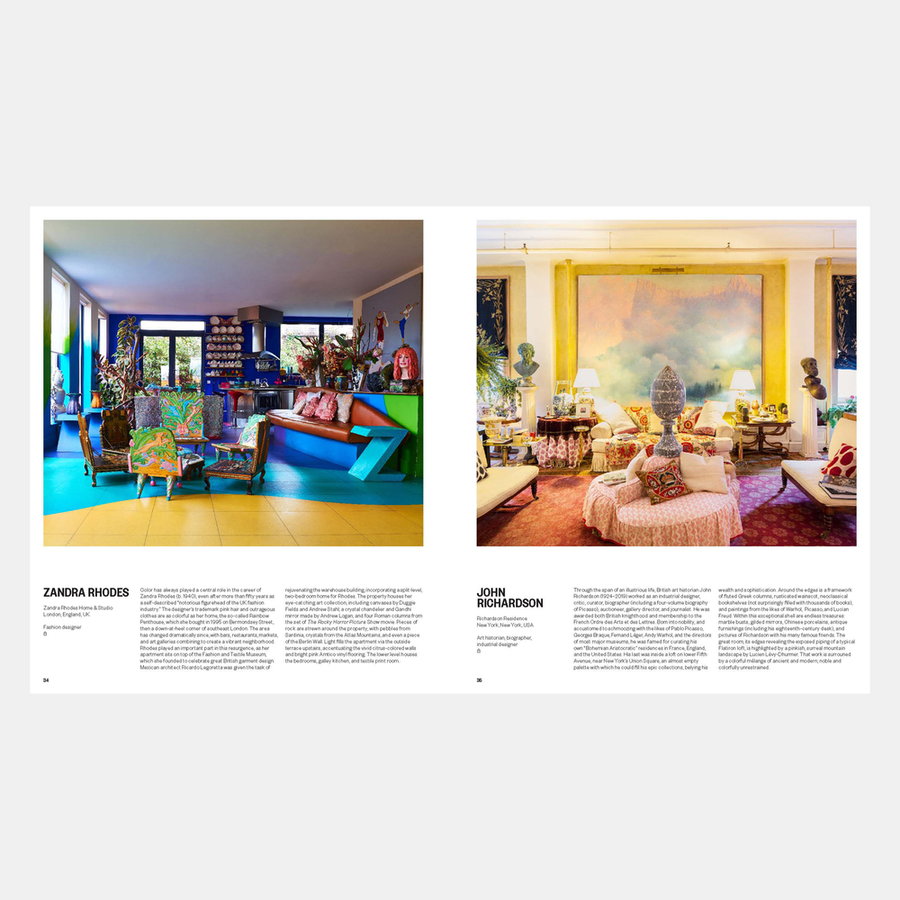 Life Meets Art lists the featured homes in alphabetical order by artist, further indicating whether each is open to the public or not. Each photo spread also includes a caption with details about the residence and its creative inhabitant.

Lubell’s book is currently being sold through global publishing company Phaidon and retailing for $60.