Art gives voice to life, death, and politics in a new exhibition highlighting the “great spirit of the Chinese people” in fighting the deadly COVID-19 pandemic. 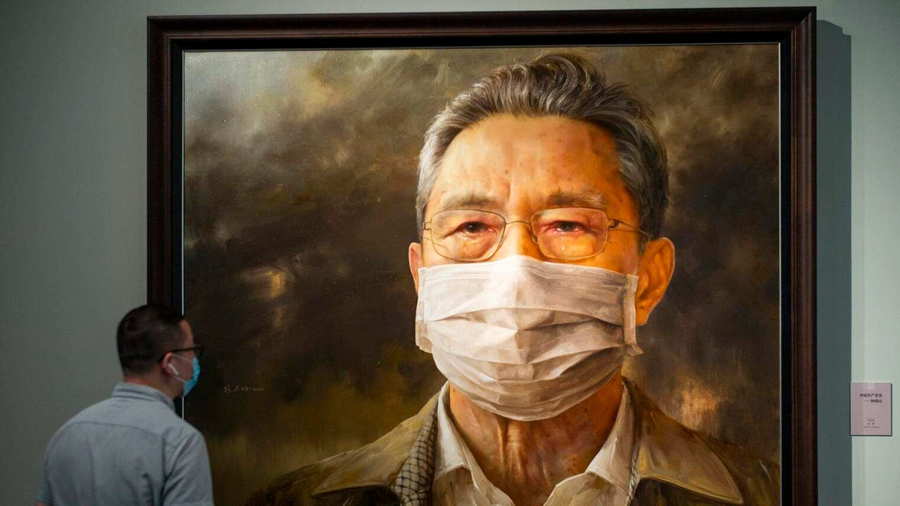 The new display, located at the National Museum near Tiananmen Square in the center of Beijing, is titled “Unity is Strength,” and includes nearly 180 works of art ranging from sculptures to paintings. These works honor the pain and anguish of battling the pandemic within China using images of heroic doctors and other healthcare workers. Many works also recognize the volunteers working alongside the professionals to bring medical aid and assistance to their communities.

The exhibit is divided into three sections. The first encompasses the work of established visual artists. These selections were made by the China Artists Association from over 75,000 submissions. The second section contains works of calligraphy, and the third spotlights contributions from amateur artists from around the country. 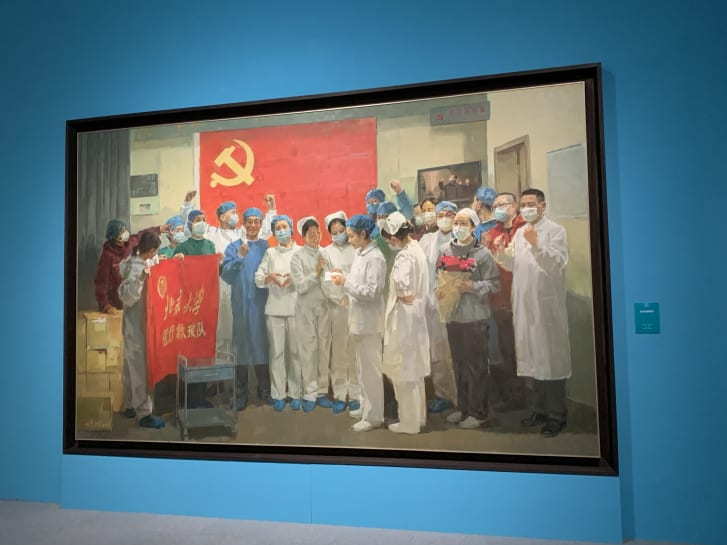 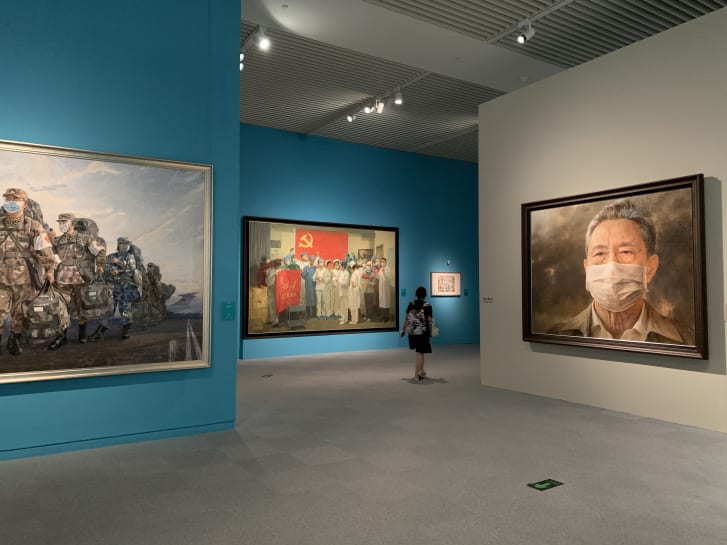 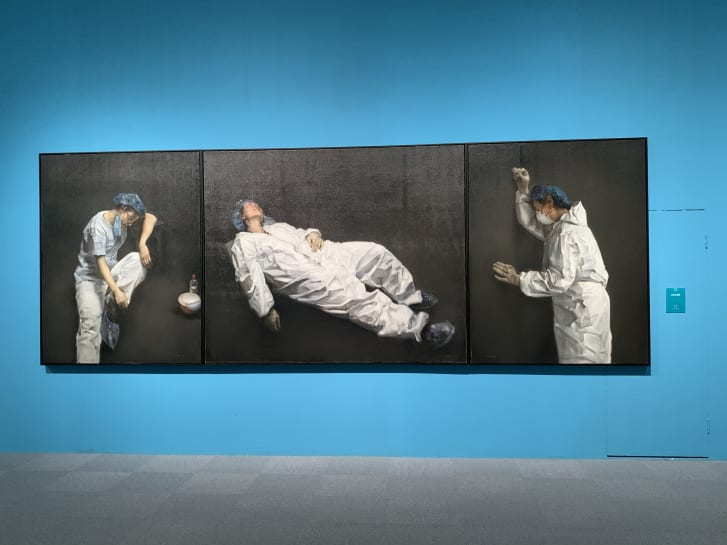 While the exhibition aims to document the initial coronavirus outbreak in Wuhan and its aftermath, the display is notably missing representation of any criticisms to the Chinese pandemic response. The decision to focus only on the positive aspects seems to be in alignment with a governmental view of the role of art, which continues to be heavily regulated in China today.

Chinese President Xi Jinping said in 2014 that “modern art and literature need to take patriotism as [their] muse, guiding the people to establish and adhere to correct views of history, the nation, the country, and culture.” By the “correct view,” we can assume he’s referring to the view the government wants to portray to its citizens and the world at large, although Xi describes it as being more about the importance of spreading “positive energy” through art.

Six years after that speech, the Chinese Artists Association’s vice chairman Xu Li used the exact same words at the “Unity is Strength” installation’s opening ceremony. Xu also stated that the works of art featured in the exhibit are intended to “unite the people and open up new and powerful spiritual forces,” according to published remarks by the association. 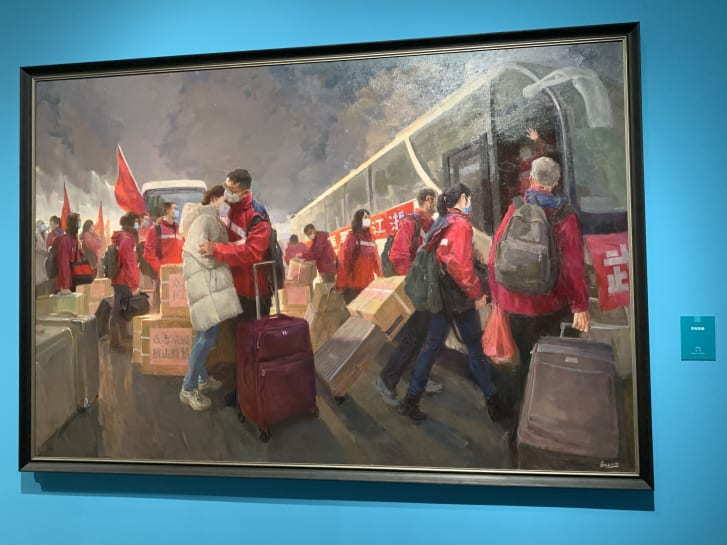 As of the time of this writing, China has reported just under 85,000 COVID-19 cases and around 4,600 deaths. While this number is exponentially lower than those being reported by many other countries around the world, the accuracy of the country’s case reporting has been deeply questioned from the beginning of the pandemic. Today, new case numbers in mainland China are in the 10’s, not the tens of thousands, thousands, or even hundreds. That’s especially impressive considering the country’s population of 1.4 billion.

The “Unity is Strength” exhibition is scheduled to run until the end of September, though the museum is currently only open to visitors with Chinese ID. In a display of how the country is still dealing with the pandemic, perhaps more effectively than most, capacity is limited to 3,000 per day, with all visitors being required to wear a mask, pass a temperature check, and show a “green” pass on an official tracking app that verifies no need for quarantine. 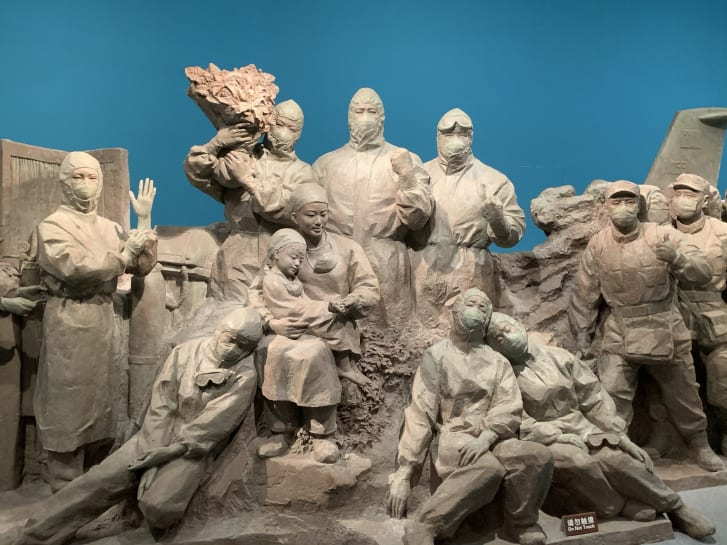 While the packaging of the display may be skewed towards a positive governmental response, perhaps it’s not such a bad thing to focus solely on the good for a change. After all, we all know it doesn’t erase reality, but it does provide a refreshing break from all the negativity in the world.