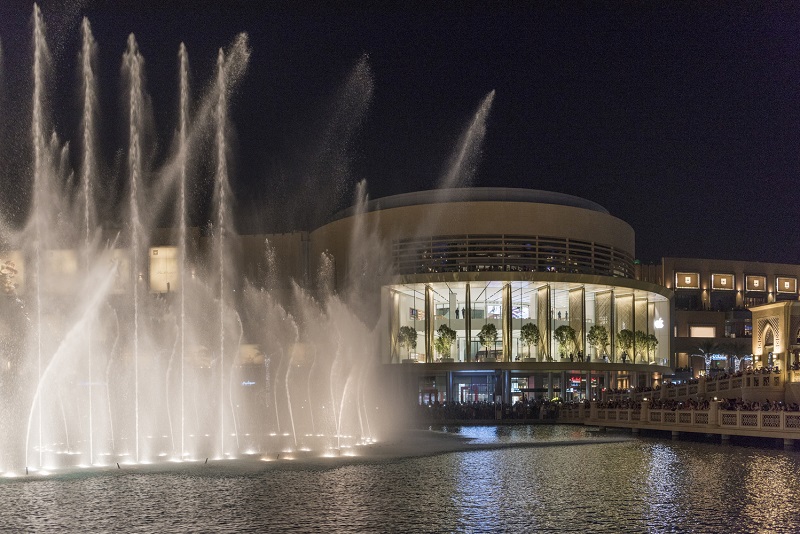 In April, Apple opened their third store in the United Arab Emirates, welcoming eager customers through the doors of their new space in the world’s largest mall, the Dubai Mall. The new store marks a significant shift in the company’s approach to its retail design, which was initially conceived of by Apple CEO Steve Jobs and retail guru Ron Johnson 15 years ago and has since become something of a benchmark in merchandising aesthetics. Apple stores are typically known for their sleek, minimalist architecture, which reflects the modern simplicity of their actual products. They are known as the places where one can peruse the latest technological innovations, speak to “geniuses” about the best product for them, or go to get their MacBook Pro repaired. The new Dubai store, however, strives for more than this: it aims to be a hang-out spot and a place where people can truly experience the Apple community. 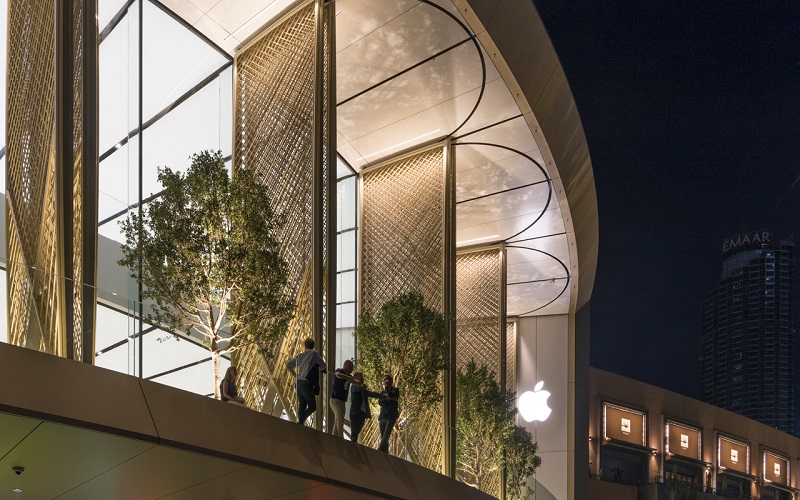 This new vision comes from the company’s Senior Vice President of Retail, Angela Ahrendts, who was put in charge of reimagining the concept of the Apple store. Ahrendts was formerly the CEO of Burberry and has had ample experience in creating revolutionary retail designs. This is Apple’s first major redesign since its brick-and-mortar stores first opened in the early 2000s, and its cornerstone is, above all else, community. Ahrendts summed this idea up in a recent interview with CBS, stating: “Starbucks figured it out, you know? Being a place for gathering, right? ‘Meet me at Starbucks.’ And you know, I’ve told the teams, I’ll know we’ve done a really, really great job if the next generation, if Gen Z says, ‘Meet me at Apple. Did you see what’s going on at Apple today?'” 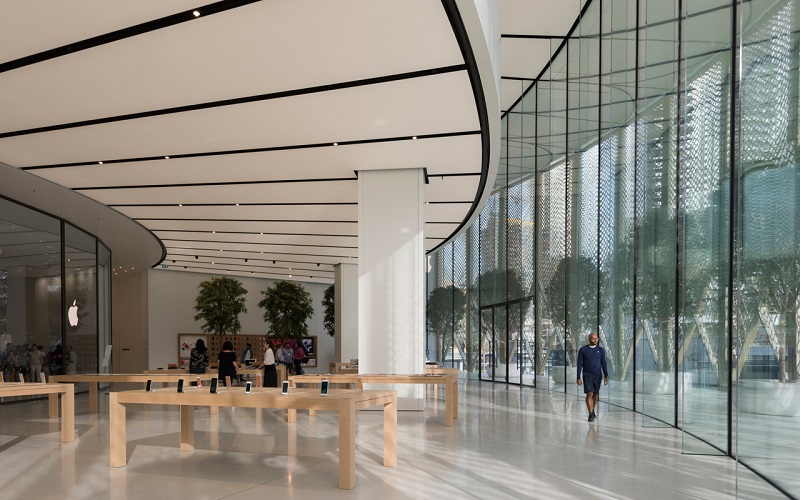 Physically, the store serves as a giant tribute to the sun. Foster + Partners, who designed Apple Dubai Mall, explain: “Reinterpreting the traditional Arabic Mashrabiya, innovative, ‘Solar Wings’ gently shade the outside terrace during the day and open majestically during the evening to reveal the ‘best seat in the house’ with a breath-taking view of the waterside promenade and fountains. With their movement path inspired by a falcon spreading its wings, the ‘Solar Wings’ are in itself a theatrical experience – an integrated vision of kinetic art and engineering. The wings have been carefully crafted to inspire delight, a delicate combination of form and function.” Who wouldn’t want to hang out in such a pleasant-sounding space? 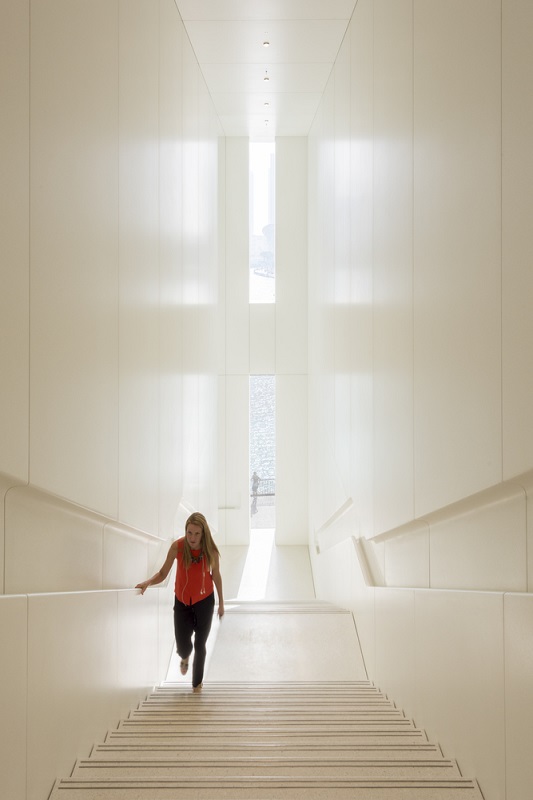 The company’s desire to tap into the community that is its user base further manifests itself in the stores’ new “Today at Apple” programs, a series of instructional sessions designed to bring new experiences to Apple stores everywhere. “Today at Apple” will feature discussions organized around the ideas of technology, creativity, and community, which can be attended and participated in by any members of the public who see themselves as part of Apple’s network. These events and workshops are being rolled out across all of Apple’s 495 stores and will cover topics like photography, art, coding, music, and videography. 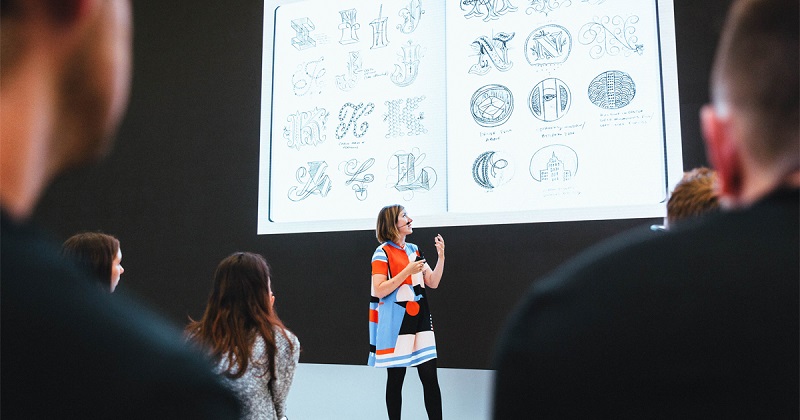 Ahrendts adds, “At the heart of every Apple Store is the desire to educate and inspire the communities we serve. ‘Today at Apple’ is one of the ways we’re evolving our experience to better serve local customers and entrepreneurs. We’re creating a modern-day town square, where everyone is welcome in a space where the best of Apple comes together to connect with one another, discover a new passion, or take their skill to the next level. We think it will be a fun and enlightening experience for everyone who joins.” 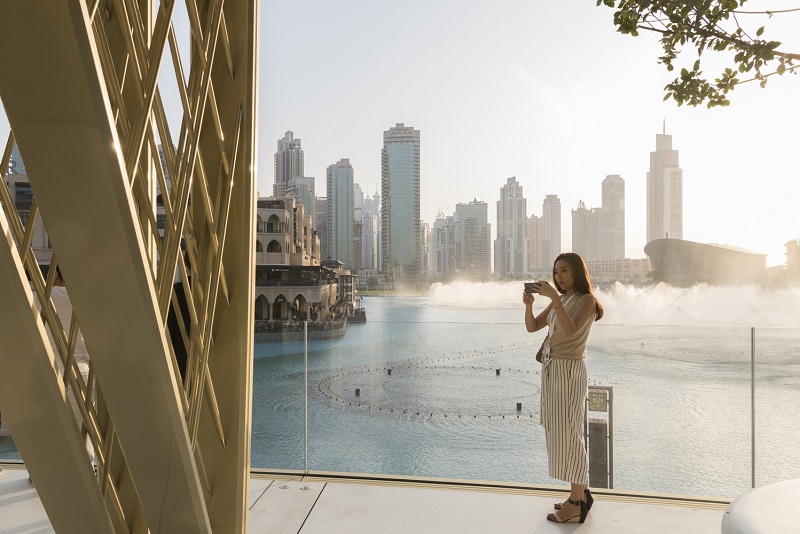 The new store in the Dubai Mall will be the very first to experience “Today at Apple,” with many other stores expected to follow suit soon afterward. In fact, the company is looking to remove the word “store” from the Apple community’s vocabulary, reinforcing the idea that their new retail spots are places of gathering just as much as they are places of business.