You’d think that if the Jurassic Park movie franchise taught us anything, it’s that resurrecting dinosaurs is a bad idea. But when Elon Musk’s business partner in brain-implant startup Neuralink tweeted about the possibility, the internet went nuts. “Hold onto your butts,” roared The New York Post, referencing an iconic Samuel L. Jackson line from the original 1993 film. It seems that many people are actually pretty excited about the prospect of battling for dominance over our ailing planet with creatures that should have remained extinct.

It all started when Neuralink co-founder Max Hodak said on Twitter, “We could probably build Jurassic Park if we wanted to. Wouldn’t be genetically authentic dinosaurs but [shrug emoji]. Maybe 15 years of breeding + engineering super exotic novel species.”

He followed that tweet up with another musing about whether humans going to unprecedented lengths to play God might actually help conservation efforts. “Biodiversity (anti-fragility) is definitely valuable; conservation is important and makes sense. But why do we stop there? Why don’t we more intentionally try to generate novel diversity?”

Some interpreted these statements as a declaration of Neuralink’s ability to pull such a thing off. While their work is impressive (and kind of scary), as far as anyone knows, the company is nowhere close to achieving that level of technology. Neuralink’s primary project is developing “ultra high bandwidth brain-machine interfaces” that connect humans with computers, a pretty bold goal in its own right. They’ve successfully implanted these chips into the brain of a pig and of a monkey, recently releasing footage showing the monkey playing video games using only its brain.

Hodak hasn’t stepped up to clarify his remarks, but it’s likely that the “we” in his statement referred more broadly to humanity as a whole rather than to his own company. As CNET explains, actually resurrecting dinosaurs is virtually impossible. While the films (and source material, author Michael Crichton’s books of the same name) are premised upon retrieving dino DNA from mosquitoes in amber, that genetic information has spent millions of years degrading and would almost certainly be unusable. However, some more recently extinct animals could be candidates for “de-extinction.”

“We can still extract DNA from these creatures and could theoretically build and implant a mammoth embryo in a modern-day elephant,” says CNET. “The question is: should we? Jurassic Park offers a pretty good reason not to, but mammoths aren’t quite as bloodthirsty as Tyrannosaurus rex.” 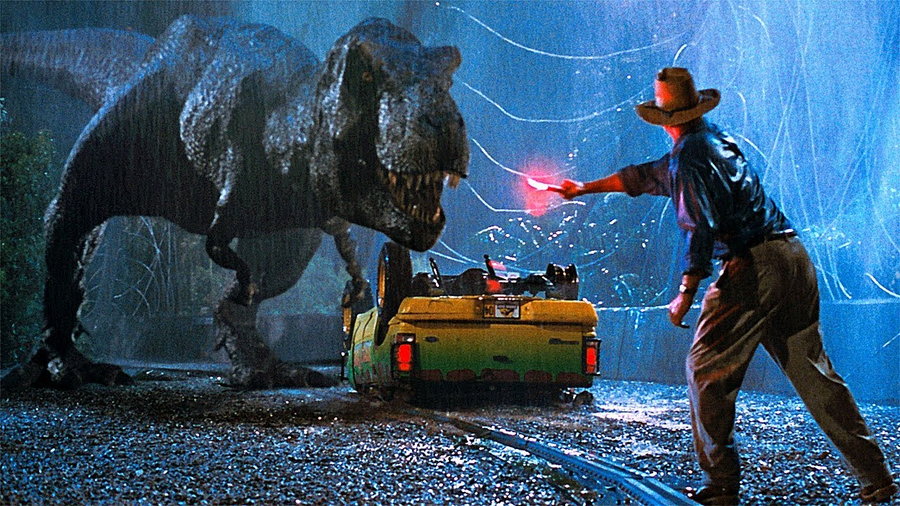 Now that actually does make sense, especially considering the fact that the sixth mass extinction of wildlife is currently accelerating, and it’s mostly our fault. We’re about to lose a heartbreaking number of creatures, with about 500 species of land animals likely to go extinct within twenty years – the same number we lost over the whole of the last century. But rather than trying to bring back dead animals, how about we try a little harder to protect the ones we have, and keep our planet alive while we’re at it? Just a thought.