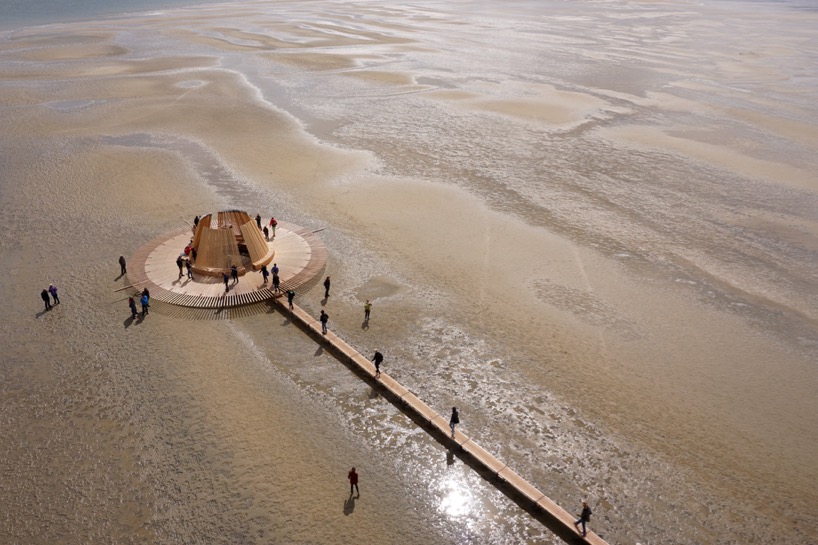 Artist Marc van Vliet is the creator of Drie Streken – or ‘Three Zones’, featured in the Oerol Festival, 2016.  It is a floating, wooden observatory in the Dutch flatlands, in the north of the Netherlands.

Placed at the meeting of compass points which are illuminated by the passage of the sun, it is an observation post reached via a long wooden platform. 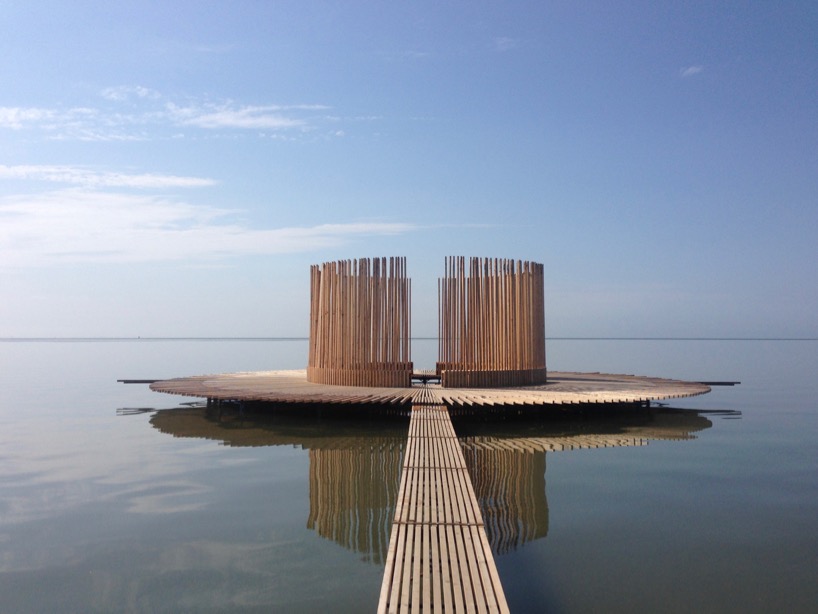 The structure was designed to be placed in different parts of the flatlands of the Frisian coast, over four years and to be viewed in the context of ‘Sense of Place’ – a celebration of the vast expanse of the Northern flatlands.

The traveling installation will culminate with the ‘Leeuwarden 2018’ festival – commemorating the naming of Leeuwarden, Netherlands as the European Capital of Culture. 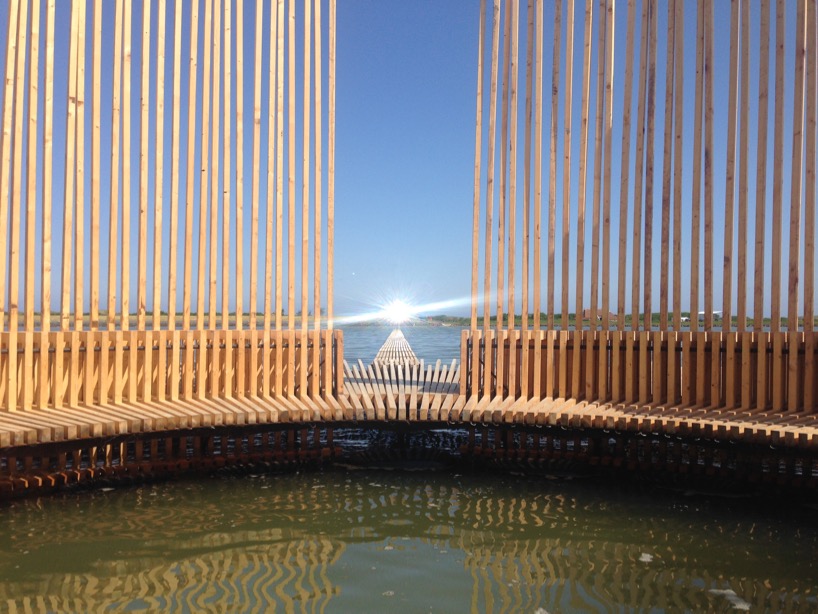 “Floating structures provide different shapes and perceptions during the movement of the tides. The visitor is in a sacred space, caused by the tide, illuminated by the sun.”

During low tide, the installation is a tranquil spot on the sands of the flats and during high tide,  it is located right on the water.

“Anything placed here is lost in the void, making the horizon a determinant, because depending on how the object is placed, its form will change with the tide. The almost imperceptible variation takes place twice per day, directing the visitor’s gaze outwards during the ebb tide, and inwards during the flood one.”  – Van Vliet 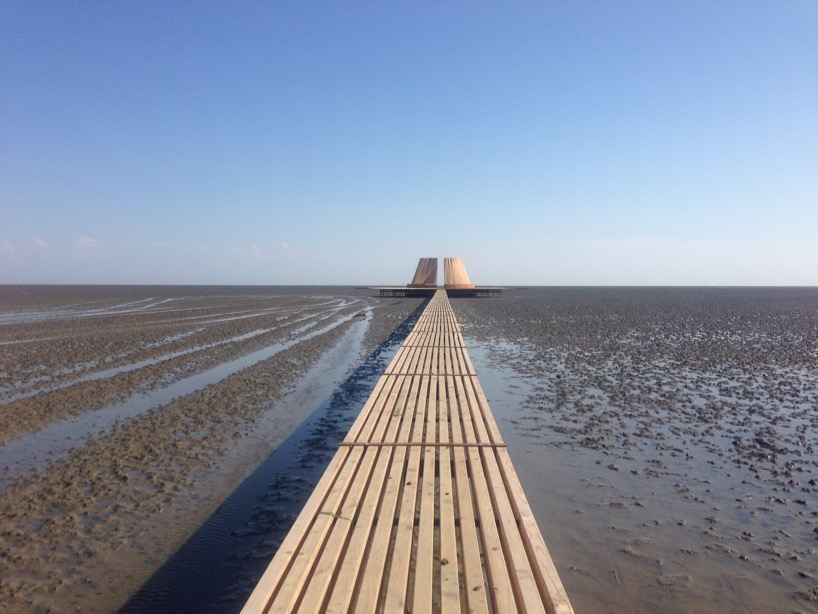 The approach to the installation reveals its sharp silhouette on the horizon, in a system involving the sun, the tide and the landscape.

“Drawing with the Sun, transformed by the forces of the Moon. Aware of the rotation of the planet on which we live together, we meet each other from a common fascination. We are not alone in this immensity.” – Marc van Vliet

As the day progresses, the sun reveals differing aspects of the sand flatlands landscape. 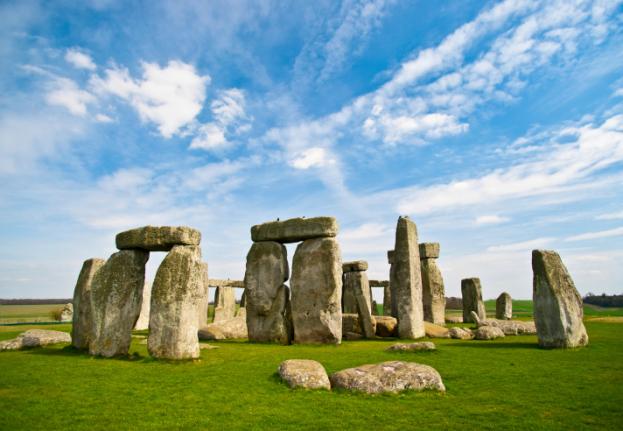 “Over the course of history, structures have been erected in different parts of the world in order to observe and celebrate the moment when the sun stands still.” Marc van Vliet.

One of the most famous prehistoric monuments in the world, Stonehenge in Glastonbury, UK is around 5,000 years old – predating the Egyptian pyramids. It is positioned to align with the rising and setting of the sun at different times in the annual calendar: it was possibly built as an astronomical observatory to mark the winter solstice. 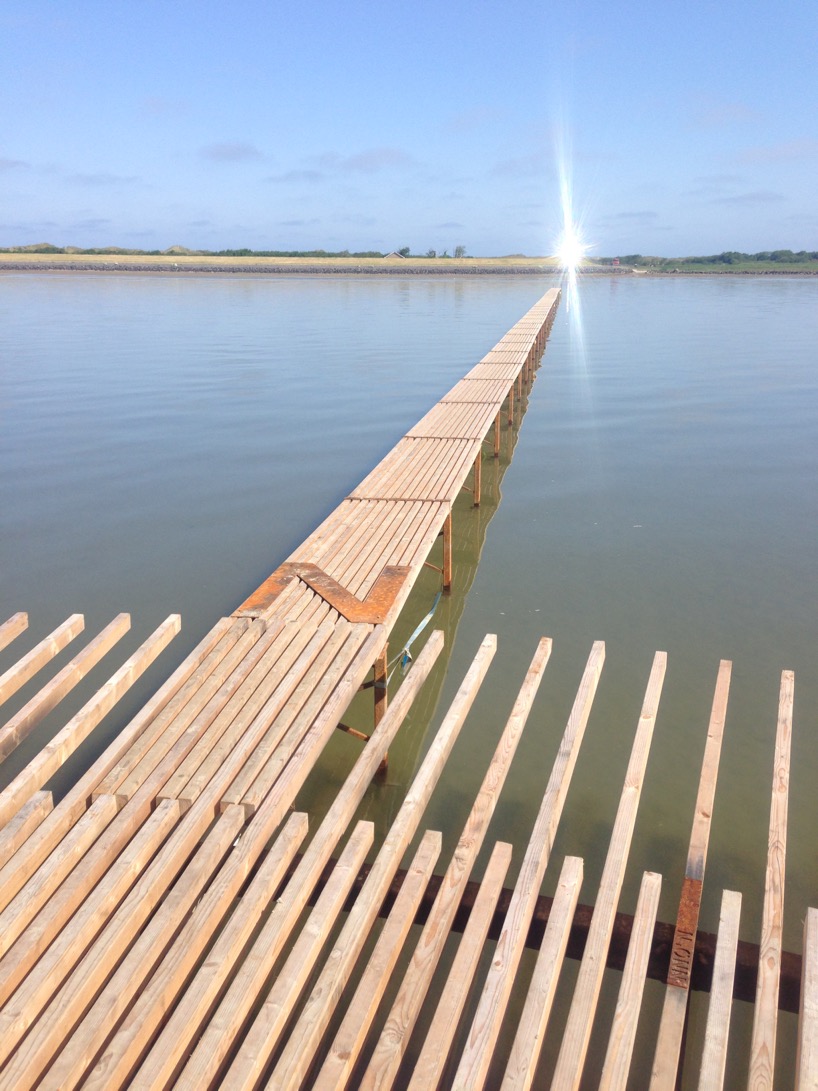 A far more temporary structure than the ancient Stonehenge, van Vliet’s observatory has been constructed to change location several times:

“At each location, a connection will be sought between the sand flats, the sun, and the horizon, with the illuminated points of the compass and the tide.” 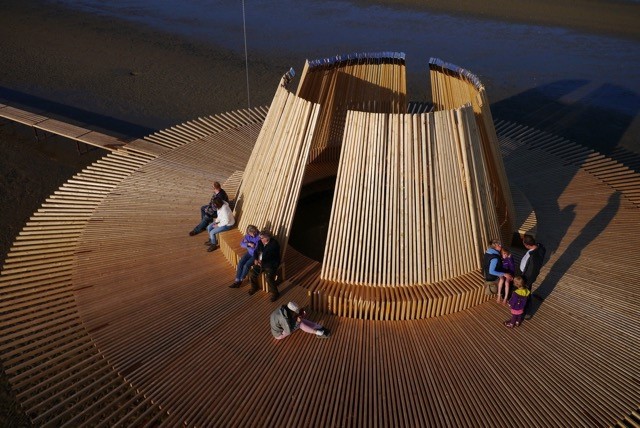 For its first incarnation in 2014, it was named ‘Zeven Streken’/Seven Zones (pictured above and below). Positioned at the meeting of 7 compass points, it took advantage of the passage of the sun and the moon to create many differing vistas, aspects and sensations. 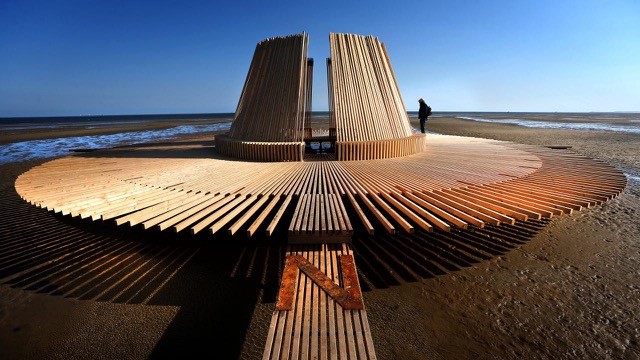