With Veteran’s Day just behind us, it seems like the perfect time to celebrate the grand opening of the National Veterans Memorial and Museum in Columbus, Ohio. The 53,000 square-foot museum and two-and-a-half-acre memorial grove began construction almost three years ago, officially opening its doors to the public on October 27th, 2018. 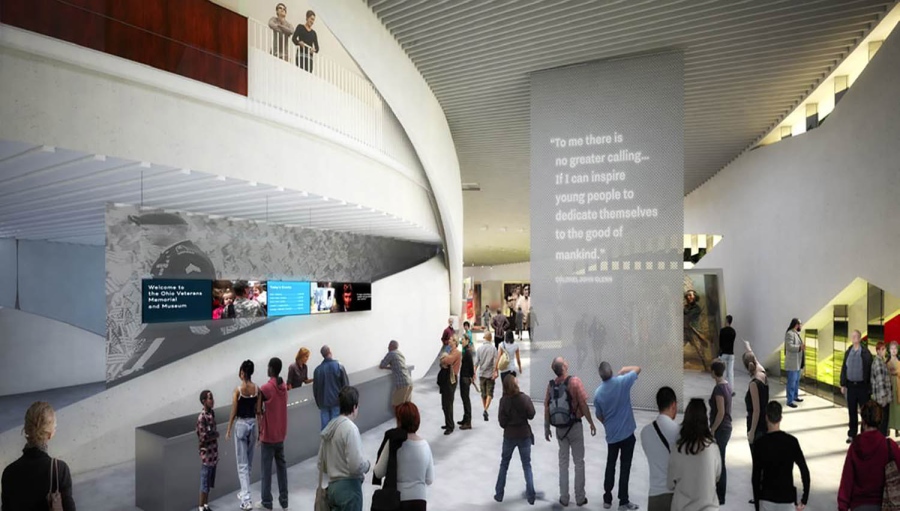 The massive complex, located at 300 West Broad Street, is a public tribute meant to unite, motivate, and inform people about the 22 million-plus veterans who have served and sacrificed for their country. It is the only public museum that has ever been built solely in honor of the veteran experience across all eras and branches of the US military.

In 2013, Allied Works was chosen to design and oversee the construction of a grand memorial where people could come together and remember the vets from all US military conflicts. Ohio’s own one million veterans were strong supporters of the project, which was initially inspired by the local Senator John Glenn.

Occupying seven acres of land on the banks of the Scioto River, the museum has been designed in a way that skillfully shapes the landscape into a ceremonial space, creating a formal walkway entrance that ends in a rooftop sanctuary and grand amphitheater. 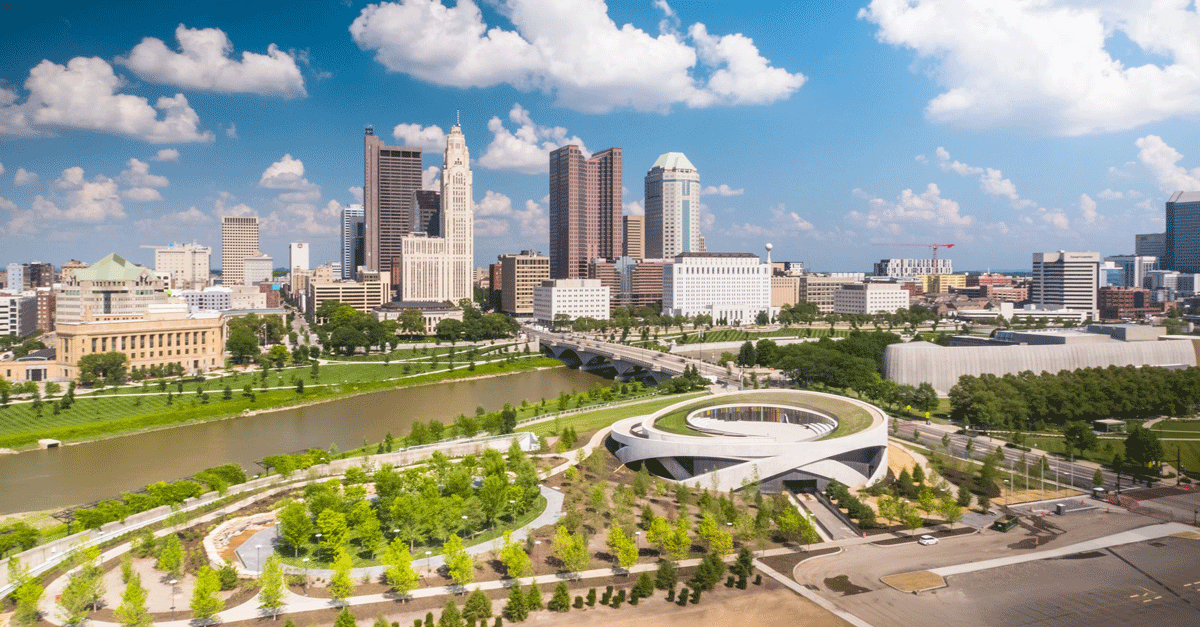 Three interconnecting rings of structural concrete form the crux of the museum’s architecture, simultaneously defining its shape and connecting it to the related attractions just outside its walls. 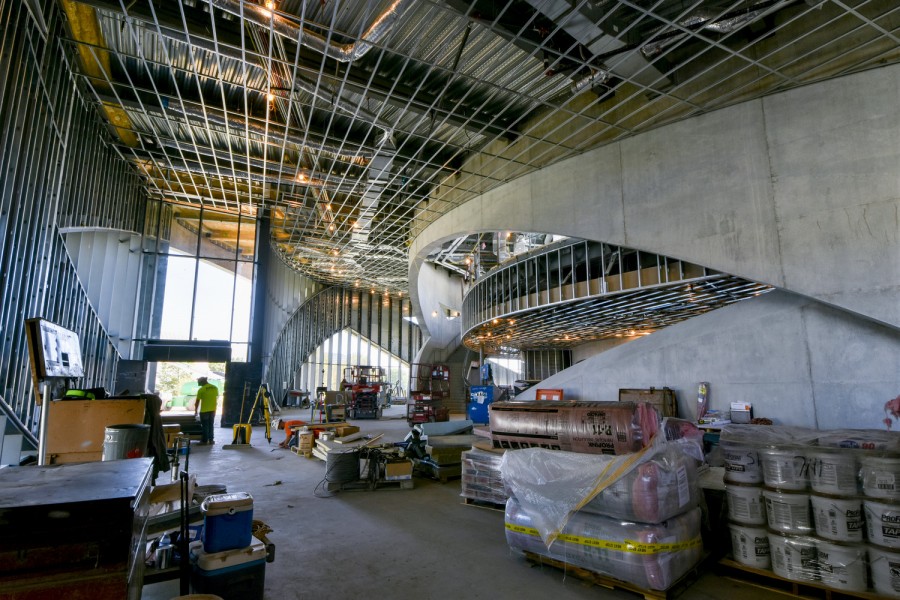 NVMM gently leads visitors on a narrative journey, revealing personal stories to them from veterans throughout American history. To honor the sacrifices of servicemen and women and their families, the museum has been set up to allow people to personally experience that history through letters, photographs, and personal effects, as well as engage with multimedia presentations and interactive displays. The goal of these exhibits is to connect US history to the bigger picture of world affairs and highlight how the acts of individuals are so significant in shaping a nation. 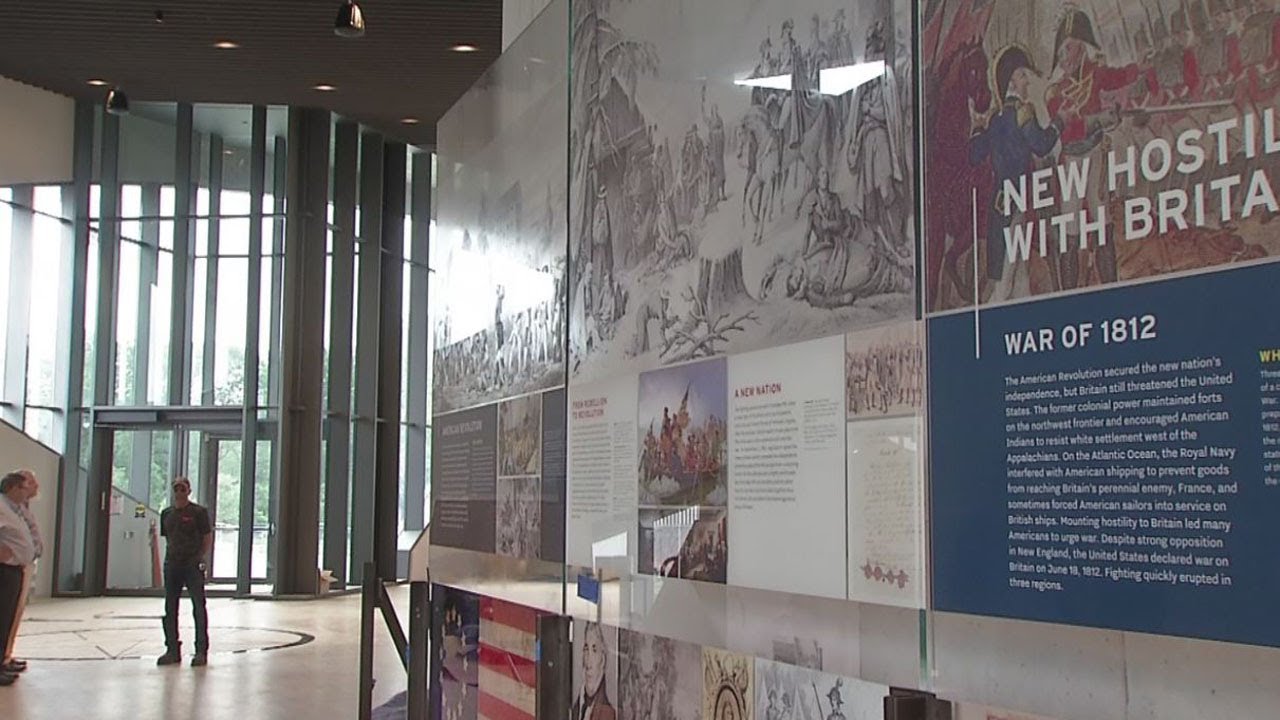 Stivers said, “It has been an honor to be part of the incredible effort to make this vision a reality. This is also an exciting day for me personally. As a veteran and Brigadier General in the Ohio Army National Guard, I know firsthand the sacrifices our veterans make for our freedoms. The National Veterans Memorial and Museum will be an exemplary way to honor veterans of the past, present, and future.” 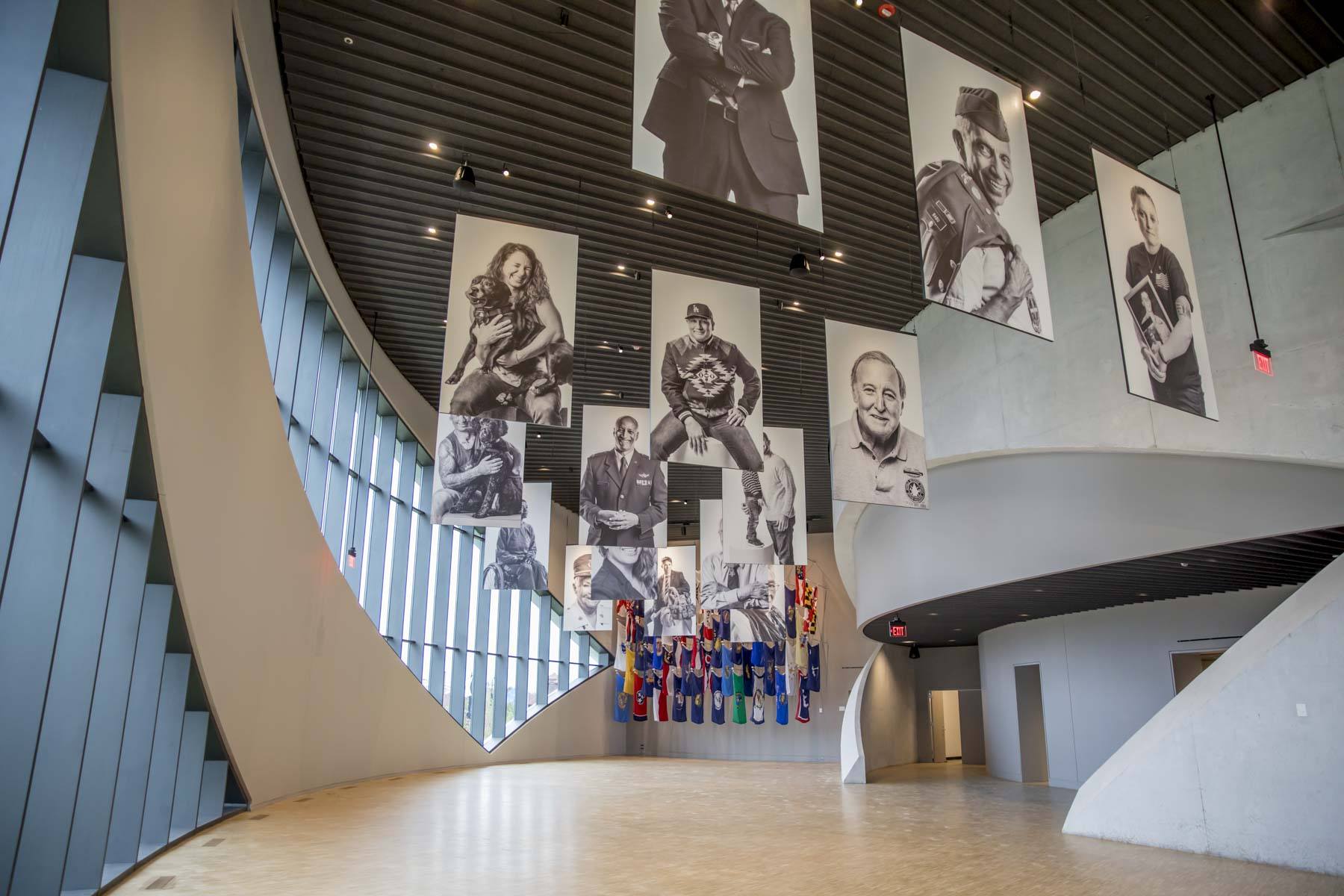 Beatty commented, “Over the course of the past three years, I have seen firsthand the National Veterans Memorial and Museum go from dream to reality. This museum is the brainchild of former Ohio Senator John Glenn, and I cannot think of a more fitting tribute to him and the many brave men and women who answered the call to serve than this beautiful facility.”

General Colin Powell, the keynote speaker for the event, added: “I think it is extraordinary that this community has seen fit to develop this impressive tribute to all of the men and women in our armed forces who have honorably served and especially those who gave their lives. It’s important that we never forget their sacrifice.”