You’re minding your own business, fishing on open water in your boat, when suddenly a giant rock goes zooming by. For a moment, you might think that you’ve lost your mind. That’s exactly the kind of reaction French artist Julien Berthier is going for with “Invisible,” a boat that blends almost perfectly into its surrounding landscape off the coast of Marseille, France. Known for creating surreal objects that encourage onlookers to question reality, Berthier is fascinated by the intersection of artificiality and nature. 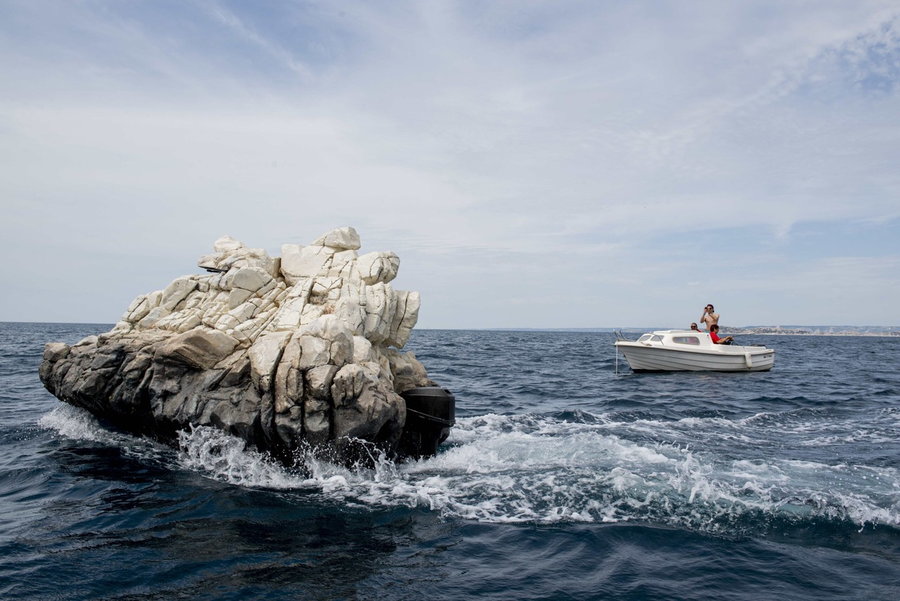 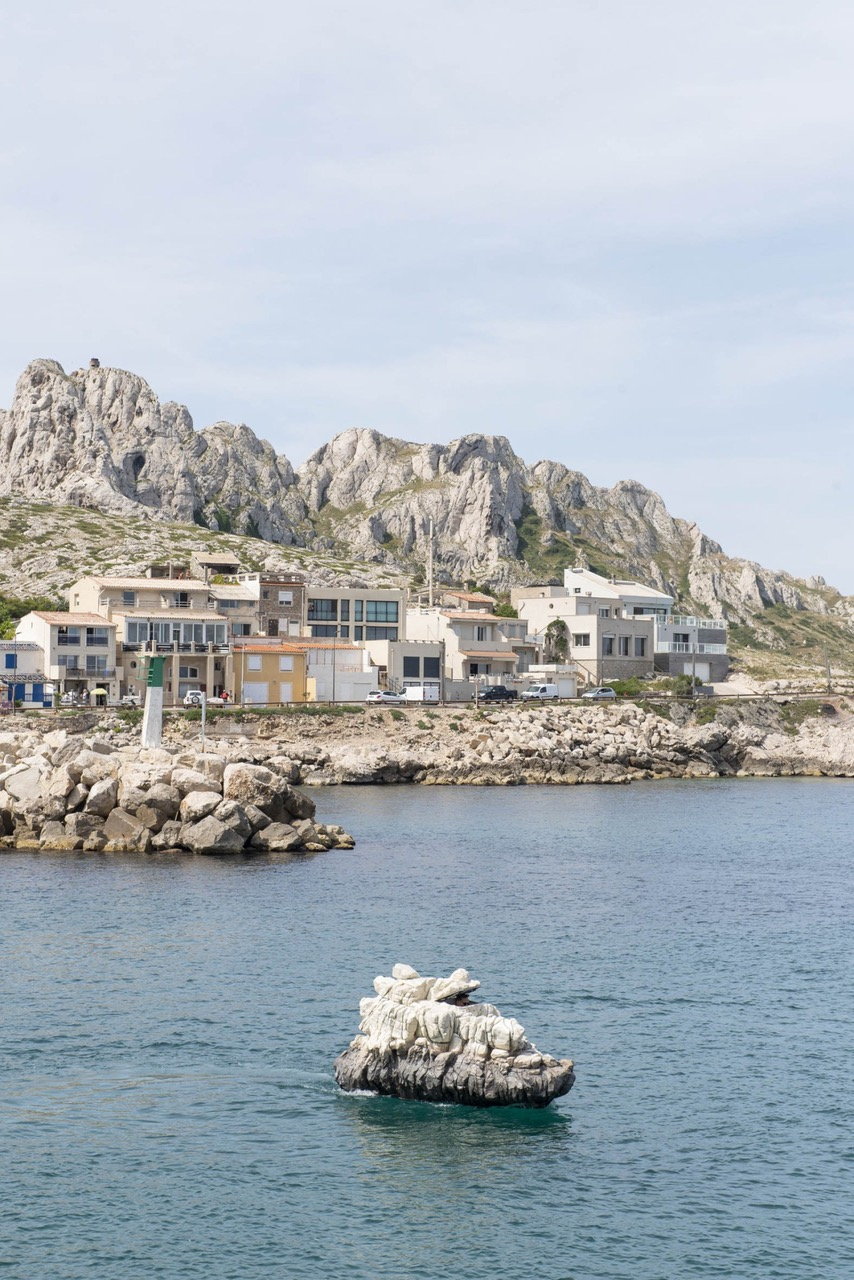 Viewed from land, “Invisible” blends almost perfectly into the environment. The first sign that it isn’t what it seems, even when anchored, is the way it bobs and sways in the surf. Rocks aren’t exactly known for being buoyant, after all. Then, suddenly, it takes off, leaving a trail of frothy wake behind it. You spot the black motor powering it, and the hatch that’s just barely open at the very top so the hidden captain can see where he’s going.

Made of epoxy resin and polystyrene atop a real boat, “Invisible” aims to be a subtle intrusion into the normalcy of our everyday surroundings, “imperceptibly modifying” the landscape. Berthier explains that this moving sculpture navigates the overlap between decor, augmented reality, “the object of pleasure, survivalist anxiety, and ecological issues.” It’s also exploring what we see as innate characteristics of certain materials. Rocks are supposed to be heavy, solid, and stationary, not mobile and fast. 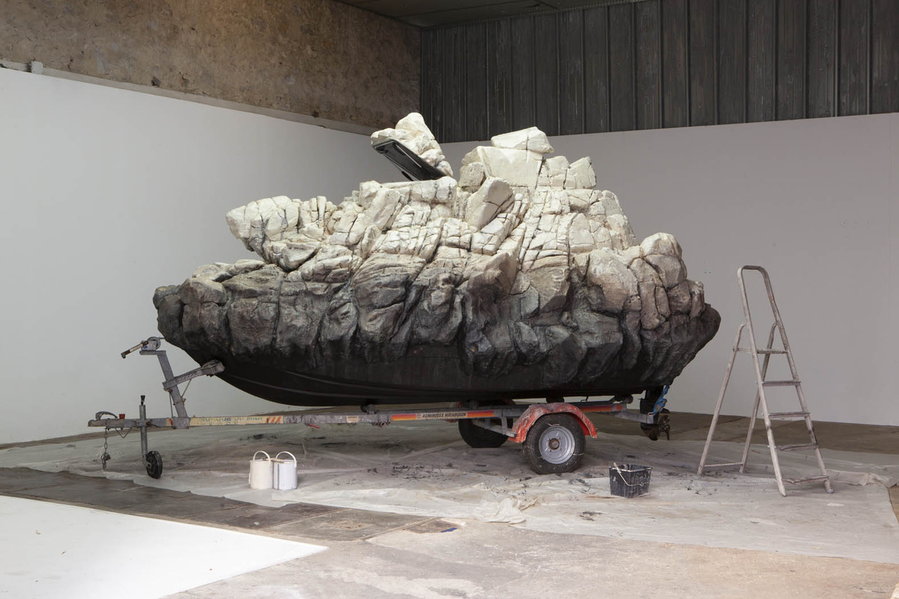 “Invisible” isn’t Berthier’s first surreal boat. “Love love” looks like a disaster in the making, a sinking ship caught just before it submits to its fate. But it’s actually just half of a boat, permanently poking up toward the sky, its mast set at an alarming angle, and it can speed along the water in this position without ever actually succumbing to the depths. In 2008, the sculpture was coincidentally installed in front of the Lehmann Brothers building two days after the company’s bankruptcy, and some saw it as a commentary on the financial crisis. In truth, it was an unintended, though fitting, parallel. “Neither the boat nor the banks disappeared in the following months,” Berthier says.

Building a boat of this shape that’s actually functional is challenging enough, but the process of exhibiting and transporting it was more complicated than the artist anticipated. He unwittingly caused quite a commotion when taking it up London’s River Thames, having to frequently assure passers-by that, “non, non, I am fine, really!” Berthier says he always gave proper notice to authorities and the Coast Guard before taking it for a spin. The work, made of an abandoned boat that the artist cut in half, later sold to a private collector for £50,000. 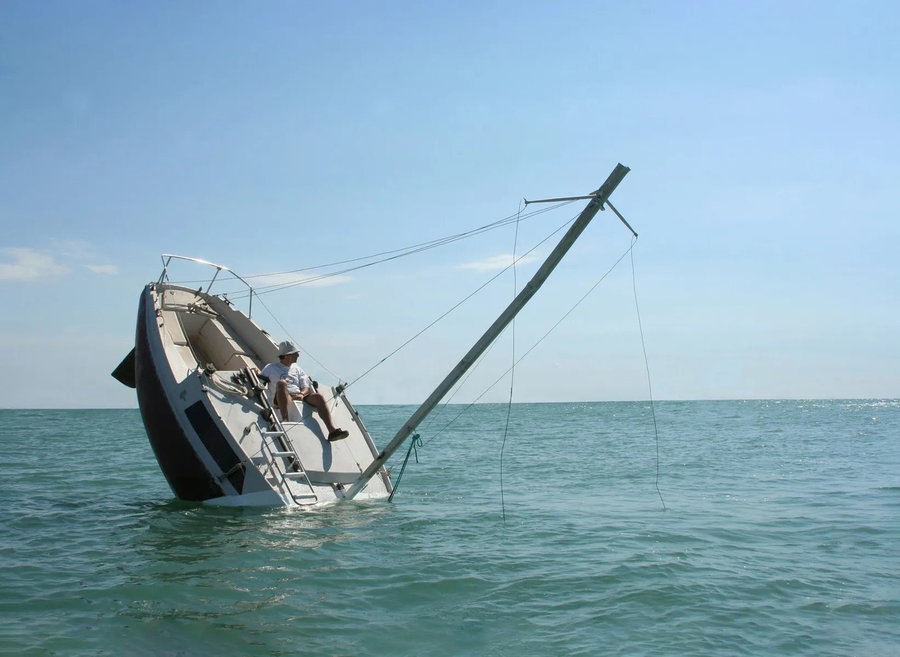 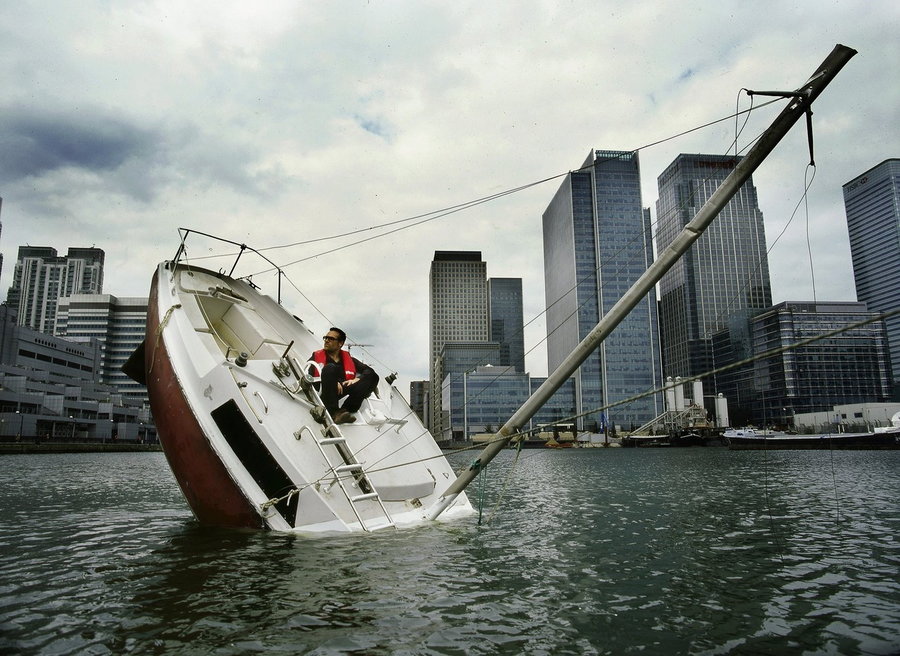 “‘Do not leave the world into the hands of specialists.’ By building hyperrealistic yet fictional objects that he confronts in public space, Julien Berthier stays faithful to such a statement,” reads the artist’s biography. “Berthier seeks a permanent ambiguity in the works or situations he produces. He offers at the same time plausible objects (that could easily exist in the world of objects we live in) and their critique. Far from the idea to improve the world, the artist uses irony in one of its definitions (the act of raising questions by faking ignorance) to introduce social reflection.”