Industrial transport lines have been repurposed many times before, with New York City’s High Line perhaps being the most well-known example of such a project. This 2.3-kilometer park is located on a section of a historical freight line that runs above the streets and through the buildings of Manhattan’s West Side. 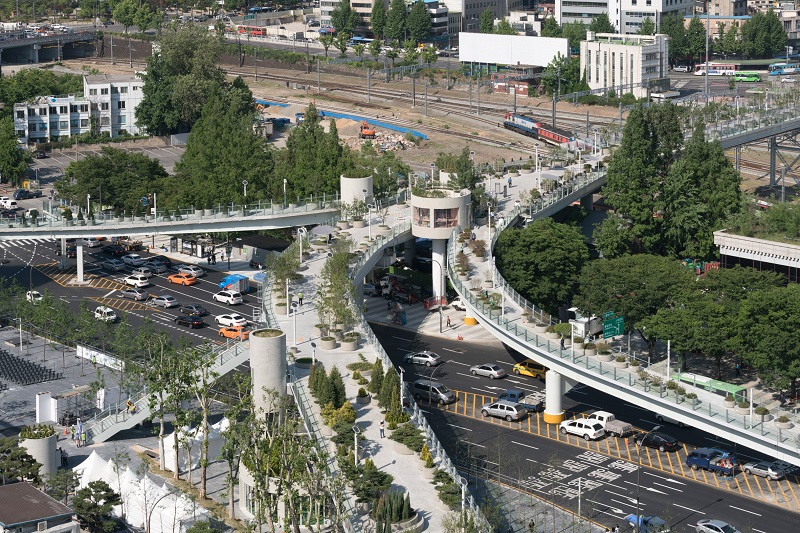 Recently, visionary Dutch architecture and design firm MVRDV unveiled a new urban walkway covered with lights and greenery in Seoul, South Korea. The project is called Seoullo 7017 Skygarden and takes its name from both the year of its original construction, 1970, and the year of its reopening, 2017. The word “Seoullo” translates to “Seoul Road,” or “Road to Seoul.” The new path is situated on an old elevated highway and spans nearly a kilometer in length. Located next to the city’s main railway station, Seoullo 7017 transforms a former piece of industrial infrastructure into almost 10,000 square meters of public space that connects to various shops, hotels, and parklands throughout the city center. 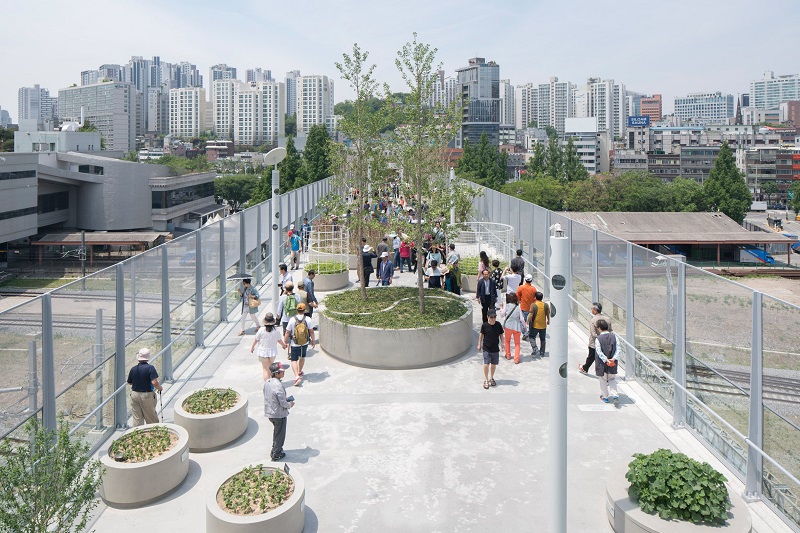 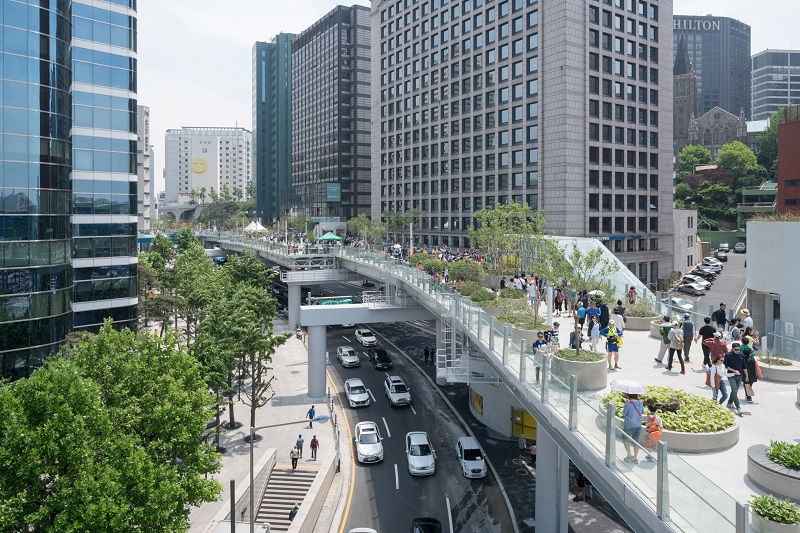 In creating the Skygarden, MVRDV hoped to improve the public perception of the South Korean capital and to make it — often thought of as inhospitable city due to its dense, urban nature and population of 10 million — more navigable for everyone. The linear park assumes the form of a collection of miniature gardens, each of which is passed through as the visitors continue along the walkway. Different kinds of plants have been grouped together in different areas to create isolated oases whose compositions, layouts, and identities are distinct from those of their neighbors. Nonetheless, all of the plants featured in Seoullo 7017 are native to South Korea. The spectacular array of perfumes and colors featured in each mini garden will undoubtedly change with the seasons, and the inhabitants of this bustling metropolis will be able to enjoy a living slice of nature without having to venture out of Seoul. Many of the Skygarden’s flowers, plants, shrubs, and trees vary in maturity, meaning they will blossom and die at different times. Consequently, growth and change will always play important parts in the urban park. 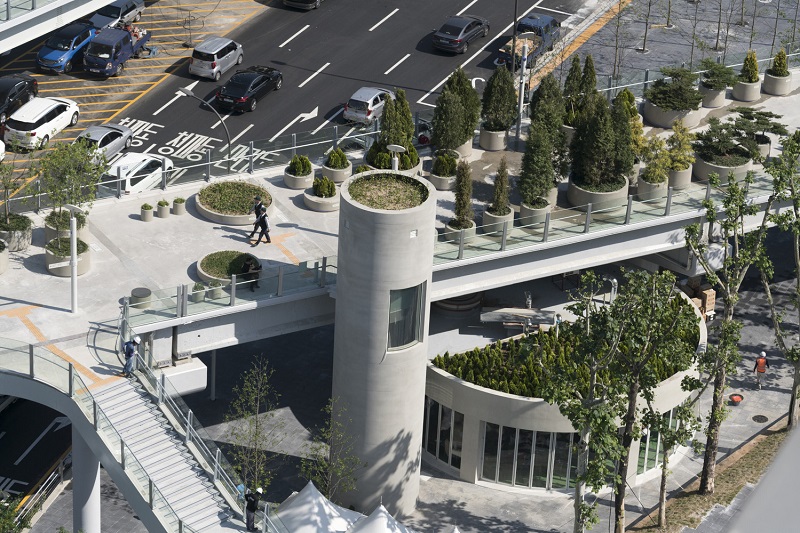 In total, over 24,000 plants are featured in this new vision for downtown Seoul. The park’s greenery, which consists of 228 unique species and sub-species, is arranged according to the Korean alphabet, making Seoullo 7017 a life-sized encyclopedia of Korea’s plant-life. When the sun sets in the evening, the entire Skygarden is lit up by a series of vibrant blue lights. Blue has not only been proven to be beneficial for plant growth but is also bright enough to make a good indicator for the walkway’s new stair and elevator access points. These lights give the park a unique nighttime character and help it seamlessly integrate itself into the ultramodern city. 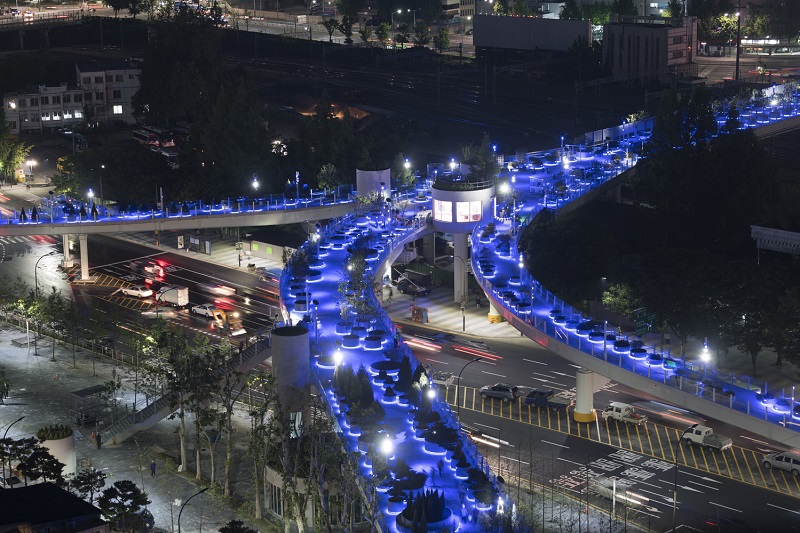 Since winning the competition for the project in 2015, MVRDV has worked closely with local NGOs, the city council, landscape architects, and municipal advisors. All of this collaboration seems to have paid off, as the result of everyone’s efforts is nothing less than a nuanced, visually-stimulating, and fitting recreation of the old intercity highway.