A new Brutalist landmark has arisen in Beirut, stark and solid in its concrete geometry, remarkable for its scale alone in a neighborhood of otherwise modestly-sized structures. But anyone who passes by the new Modulofts tower in the Ashrafieh district is likely to be caught slack-jawed for another reason: the motion of the building’s dynamic facade. Panels emerge at random from the glass front of the tower, sliding out into the air and altering its appearance at any given moment. They’re actually interior walls that triple as privacy screens and sun shades, activated from inside by the occupants of each apartment. 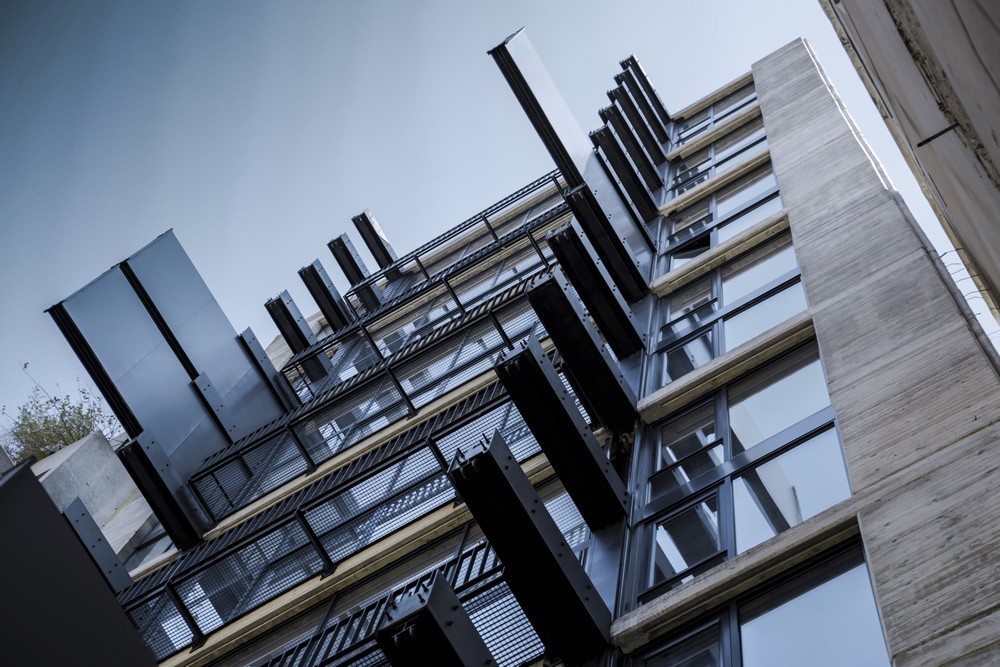 Lead architect Fouad Samara, whose eponymous firm enjoys a new office on the ground floor of the building, approached the project with a whole checklist of expectations. He wanted the building to have lots of light, a sense of spatial luxury, honesty in its use of materials, and functional flexibility.

The stack of luxury lofts addresses a need for dense high-end housing in the city while also contributing to the beauty of Beirut itself. The architects drew inspiration from traditional Lebanese houses known as “beit,” marrying their orderly and streamlined sense of purity with the flexibility of late modernist urban lofts in cosmopolitan cities like London. 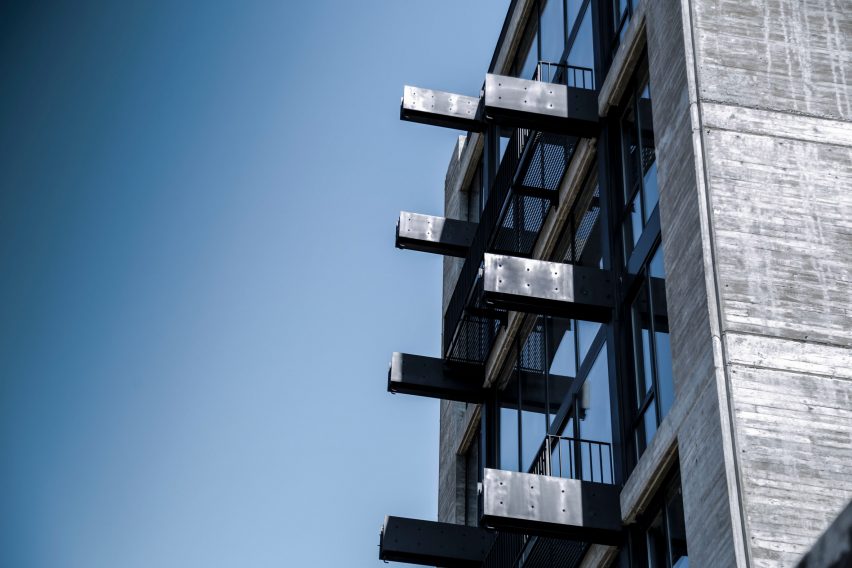 “Functionally, we tried to fulfill the demand for flexible — truly and effortlessly flexible — small to medium size residential units in the heart of vibrant Beirut,” says Samara. “It was important for us to create an architecture that met this rising demand that also created an inspiring addition to the city, and an uplifting place to live.”

Each apartment is double-height, fulfilling the architects’ desire for a spacious quality. Dark steel, pale wood, and exposed board-formed concrete give the structure a raw industrial character, and generous glazing opens each of the seven stacked units up to daylight and spectacular views of the city. But for Samara, the most crucial element was the ability to transform the interiors to meet the occupants’ changing needs, imbuing the lofts with a sense of home that’s often lacking in modern apartment towers. 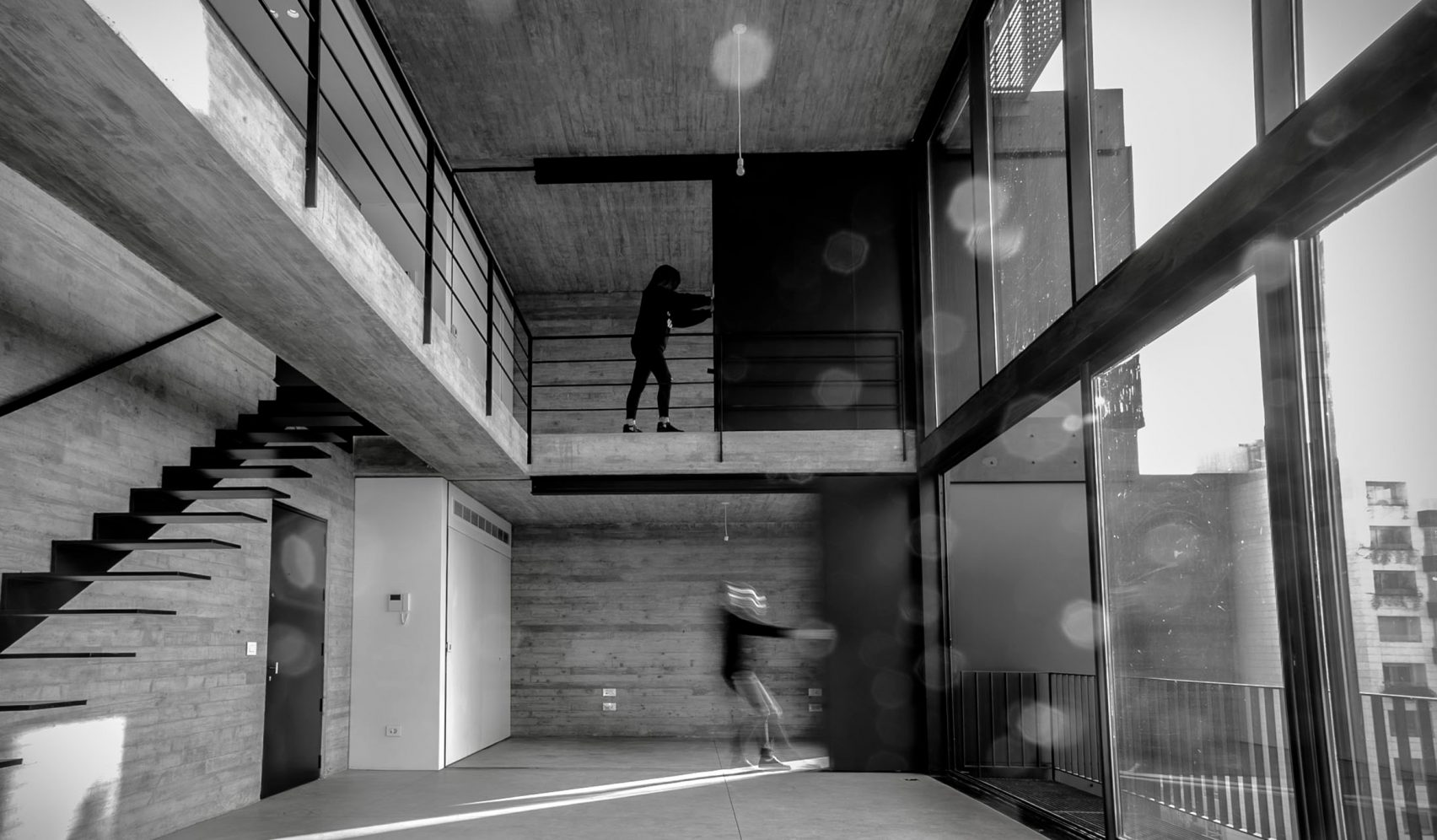 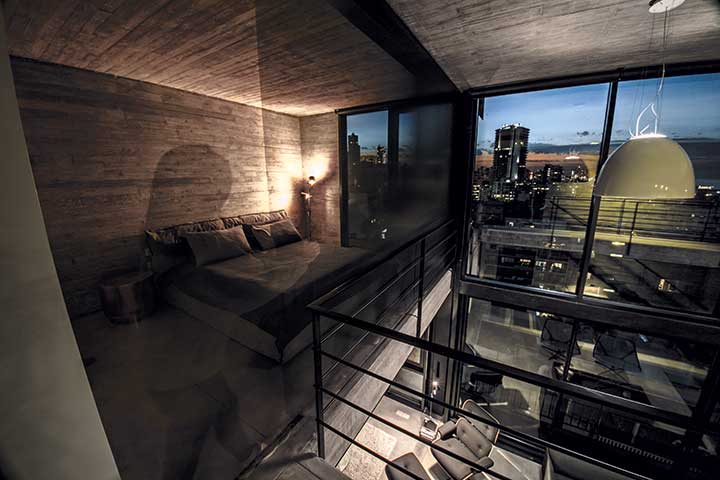 Flexibility is especially poignant in fast-changing Beirut, which Samara calls “chaotic” in its constant evolution. If your apartment can shape-shift along with your life, you can stay in one place much longer, feeling a little freer to put down some roots.

Each apartment features two rooms or modules on a lower level and another two linked by a bridge on an upper level. Internal staircases and storage like built-in cupboards are located in the main open living space, while exterior staircases, elevators, and utilities are contained within a narrow space at the back of the building. But it’s those sliding walls that really make the Modulofts apartments so striking and novel, sliding right out of the apartment and into the air to create 16 different interior configurations.

The bedrooms can be self-contained by the walls or opened to the main space at will. Occupants can shift the layout for all sorts of purposes, making certain areas feel cozier or enlarging them to host gatherings. As they transform their homes individually, they also transform the look of the building as a whole, so it rarely looks exactly the same way twice in one day.