A blank canvas serves as the start of nearly every painting. Ripe with potential, it’s full of possibilities and promise, just waiting for the artist to make their distinctive mark upon it and the world. But what if the completed artwork is itself a blank canvas? 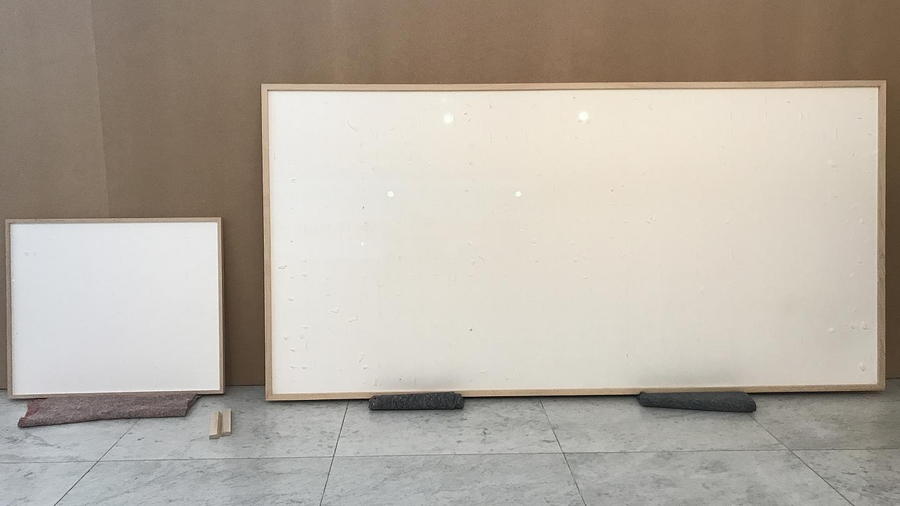 Recently, in Denmark, artist Jens Haaning took the relationship between art and social commentary to the next level by submitting two empty canvases to a Danish museum. Originally paid approximately $84,000 to create new works of modern art, Haaning instead submitted the two blank canvases titled “Take the Money and Run,” insisting that they are a commentary on poor wages. 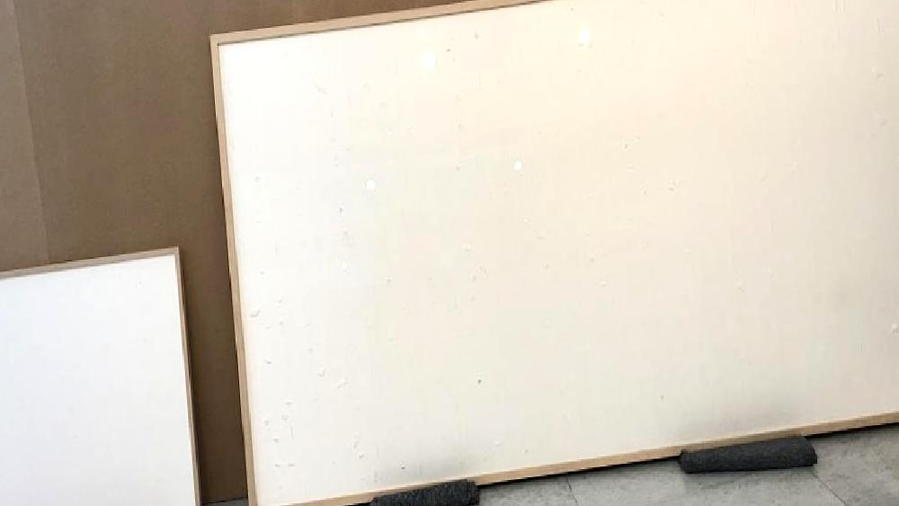 However, The Kunsten Museum of Modern Art begs to differ, arguing that Haaning didn’t fulfill his contract to deliver the art and return the money, though they have since displayed the pieces as part of their exhibition dubbed “Work It Out,” itself a larger exploration of people and their relationship with work.

The ensuing controversy has sparked debates over Haaning’s methods. Did he, in fact, create anything? Is the statement itself the art? Or did he simply, as his canvases suggest, take the money and run? 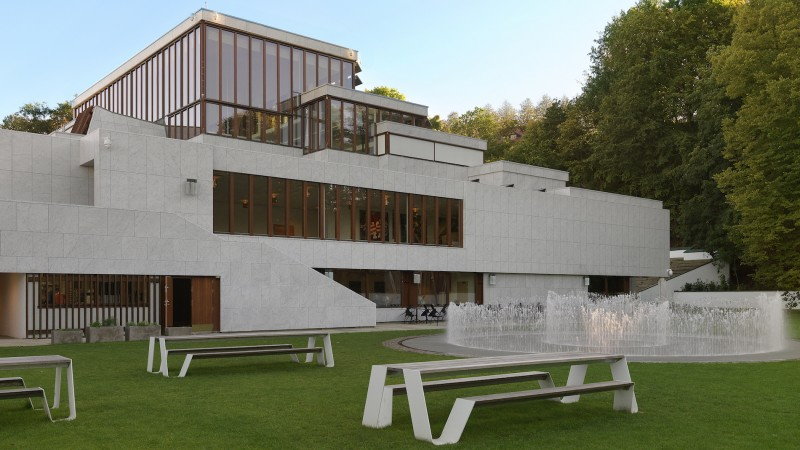 The commission from the Kunsten Museum was part of an agreement with Haaning, and the money (more than half a million kroner) was intended to be framed as a reprise on one of the artist’s earlier works, “En Gennemsnitlig Dansk Årsindkomst.” Translated as “An Average Danish Annual Income, 2010” that piece consisted of around 280 banknotes, approximately $53,000 USD. The work was displayed alongside a second piece illustrating the annual income in Austria, and was itself controversial at the time, as viewers and critics alike were both enthralled and somewhat mystified by the seemingly ambiguous nature of the pair. Was the material representation of annual income meant as a commentary on wage gaps in Denmark (and the European Union at large)? Or was it simply a way to shock viewers through a garish display of money in its physical form? 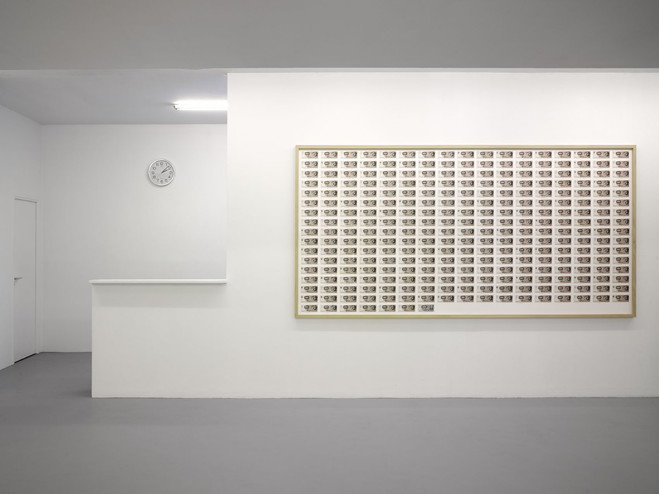 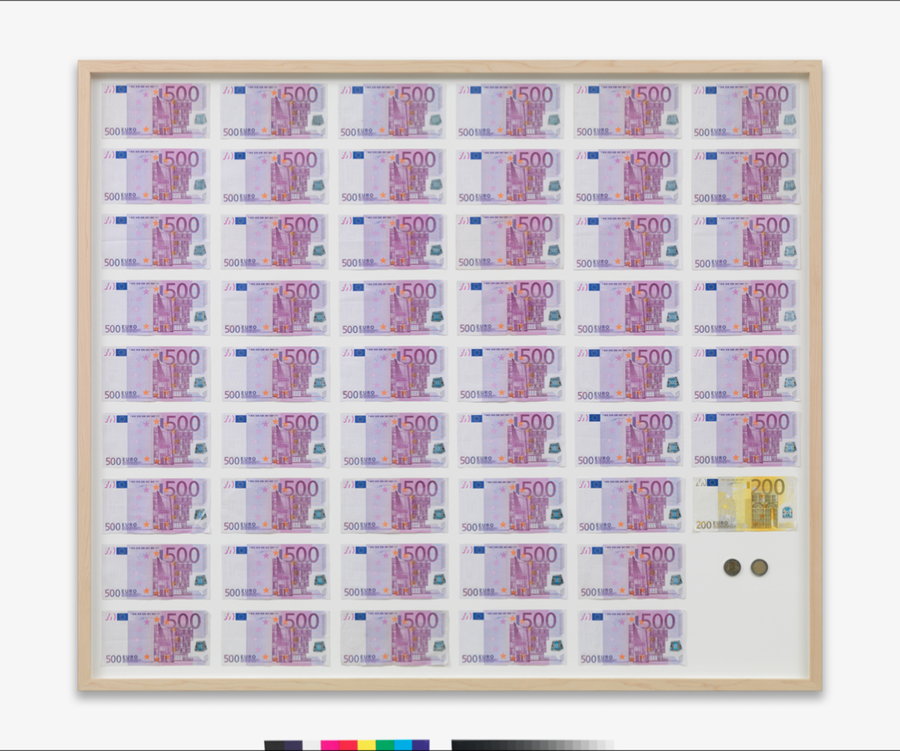 Either way, the pieces did spark interest and debate. This, paired with Haaning’s reputation for dynamic modern art that raises larger societal, cultural, and political questions, was enough for the Kunsten to provide him the dough with the goal of creating a reprisal of his earlier work for their “Work It Out” exhibition.

Though there were mixed reactions to the blank canvasses, those at Kunsten do admit that Haaning’s work was provocative. “It wasn’t what we had agreed on in the contract, but we got new and interesting art,” Kunsten CEO Lasse Andersson admitted in a recent exchange with NPR. 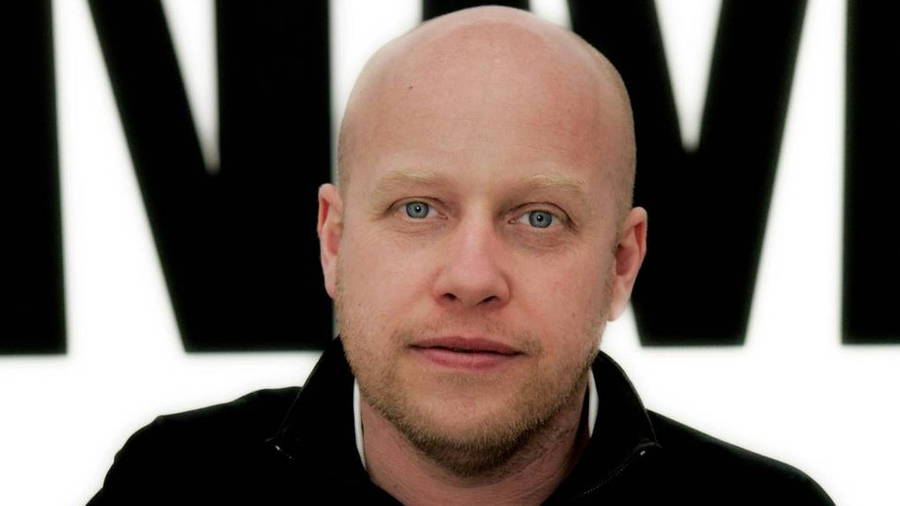 For his part, Haaning was transparent in his messaging. Unlike his previous money-laden pieces, “Take the Money and Run” did not lack ambiguity. “The work is that I have taken their money,” he states. Through the blank canvasses, he wanted to comment on his own work situation as an artist, and on the “miserable working conditions” whereby he alleges he would have actually had to pay money out of this own pocket to recreate his own work for the Kunsten. Though the museum disagrees, the piece has certainly stirred controversy within the art community, both in Denmark and throughout the world, reinforcing the power of art as a successful and effective way to shape perceptions and opinions. Even if it is just a blank canvas.