In medieval times, alchemy was a proto-scientific tradition that sought to transform base metals into gold. Today, the word has come to signify any process that takes something ordinary and renders it extraordinary, perhaps in a way that seems mystical and mysterious. At last fall’s A Cel Obert festival in Tortosa, Catalonia, designers Nicola Dario Baldassarre, Salvatore Dentamaro, Francesco di Salvo, and Ilyass Erraklaouy did just that with “Gold Digger,” an art installation that created a brand new experience inside a 600-year-old convent. 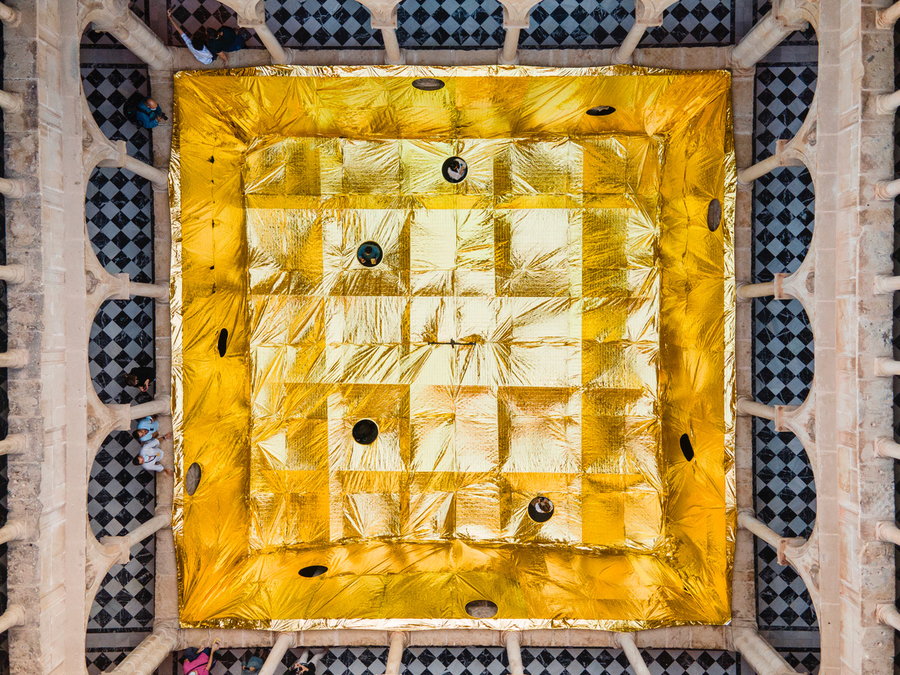 The Patio de Sant Jordi and Sant Doménech is a historic structure dating back to the 16th century, originally built to educate the Moors during a period of economic prosperity. As the centuries have passed, it has remained much the same. The Gold Digger installation aimed to celebrate the convent’s architectural heritage while converting it to something altogether new and unexpected. Visitors who popped in during the festival found a whole new world of discovery and curiosity inside. 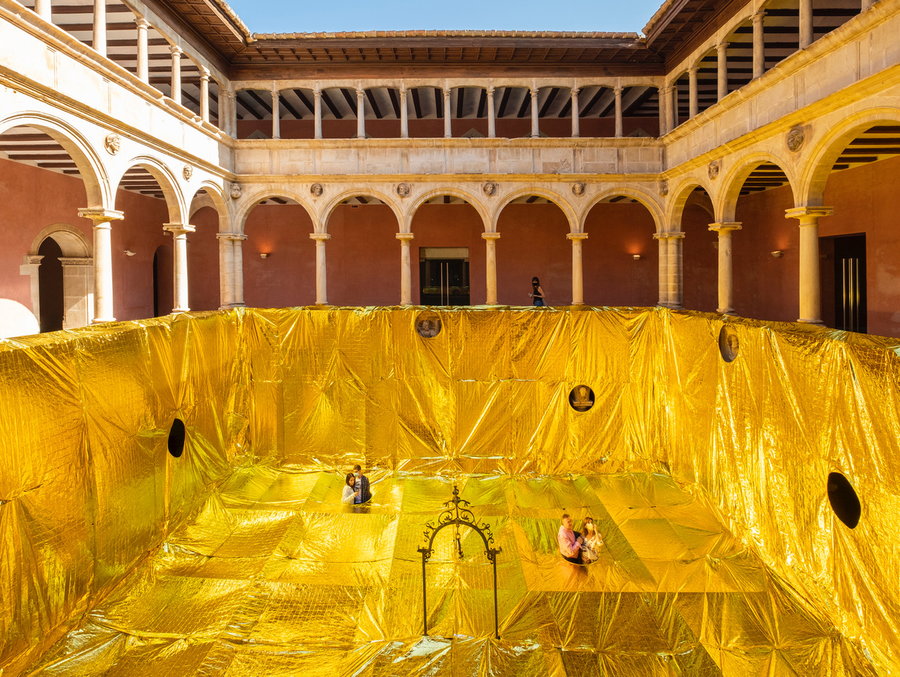 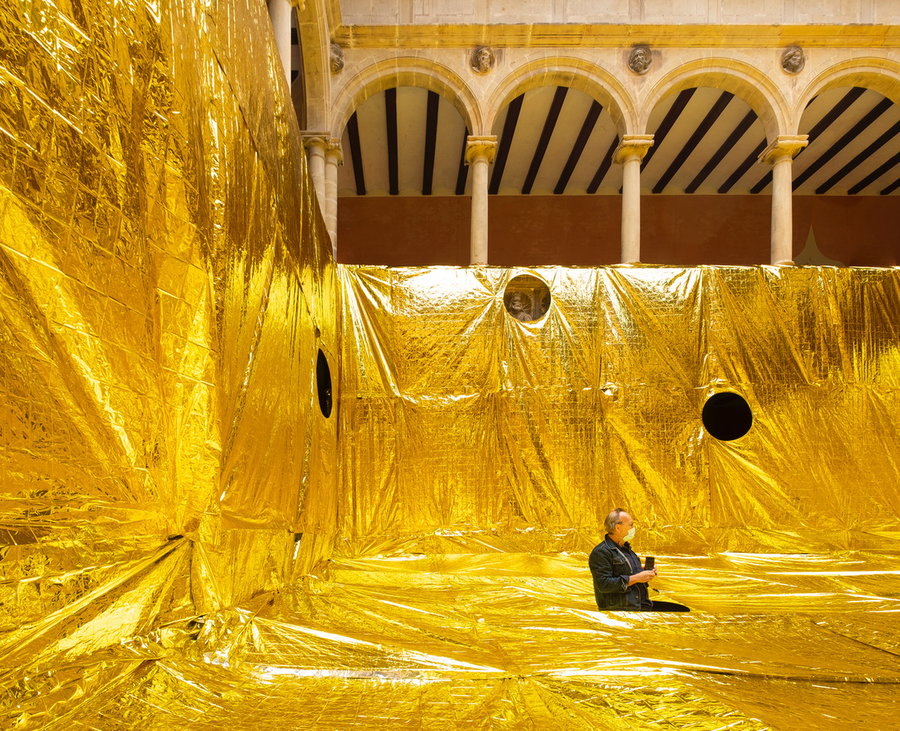 The designers installed 112 golden thermal sheets within the convent’s patio (the sort normally used as emergency blankets). The sheets were stitched together about a meter above the ground and stretched halfway up the walls, so it almost looked like the entire patio had been gilded with a thin veneer of gold leaf. By raising it just slightly above the ground, the designers created an interstitial space that felt vaguely subterranean. 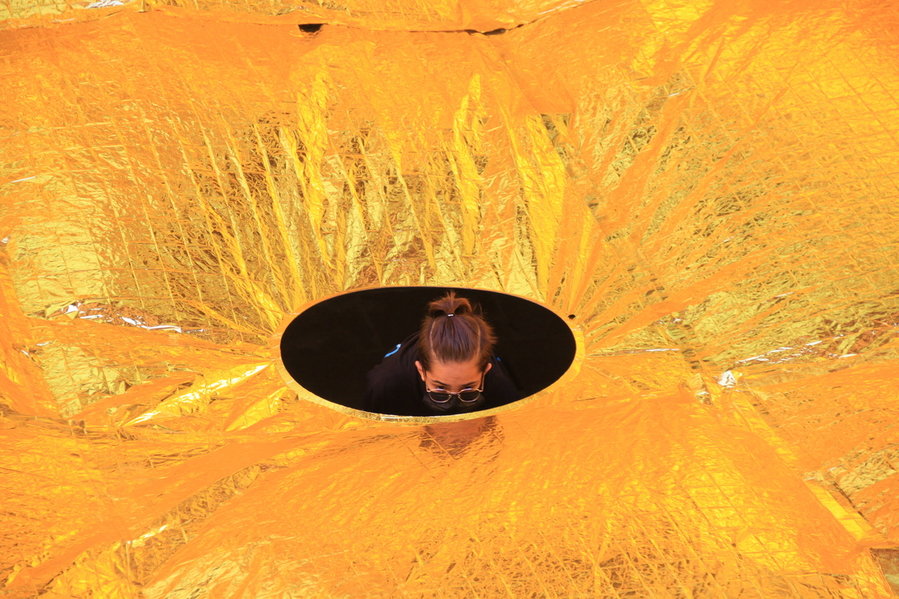 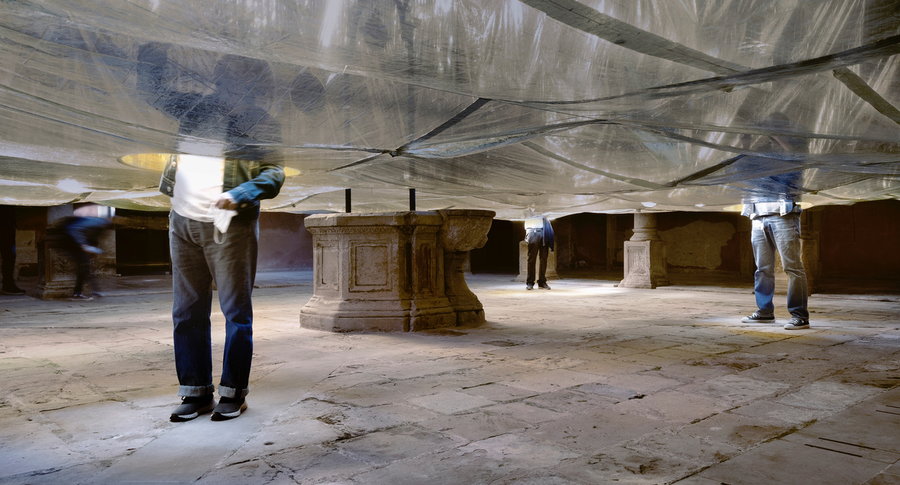 Visitors would climb in from the side and crouch or crawl to reach holes punched in the foil. When they stood up, they found themselves in a shimmering, reflective space, gazing up at the columns of the convent and the sky above. Additional holes punched in the vertical walls of gold revealed statues of kings and other important figures. 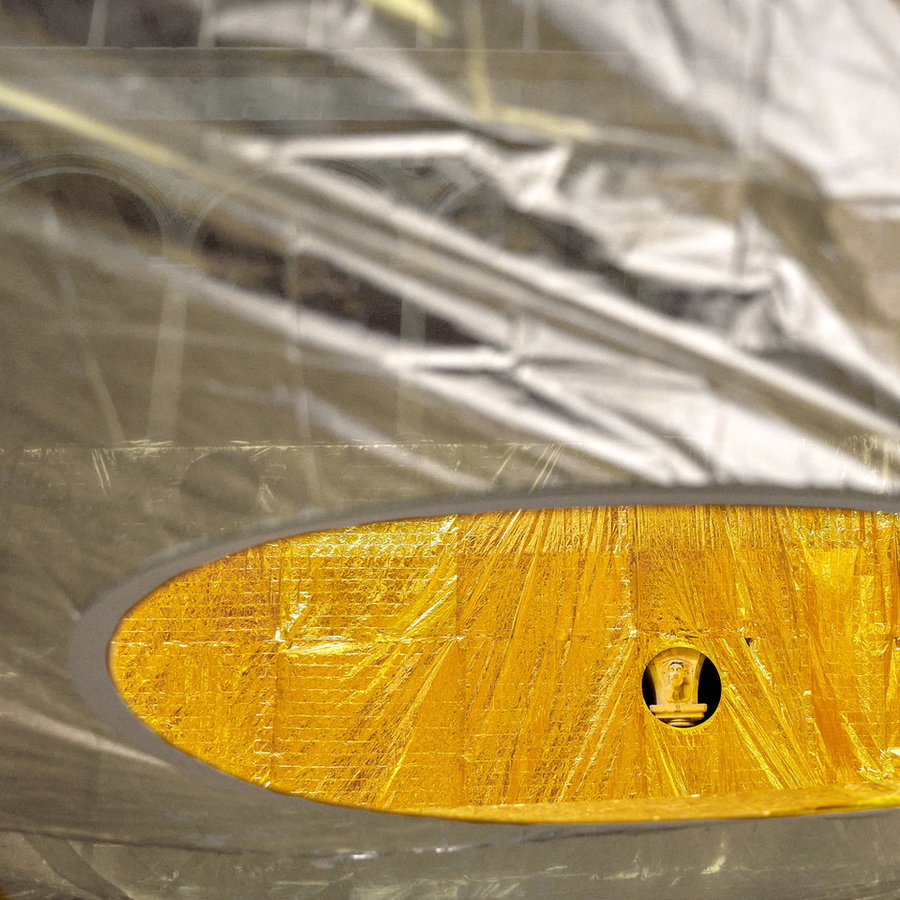 The point of the installation was to infuse the space with a sense of duality: hot and cold, light and shadow, silver and gold. The chromatic differences between interior and exterior make the interior of the courtyard all the more dazzling, especially as the breeze moves the fabric, creating dappled reflections of sunlight and a sound reminiscent of ocean waves. 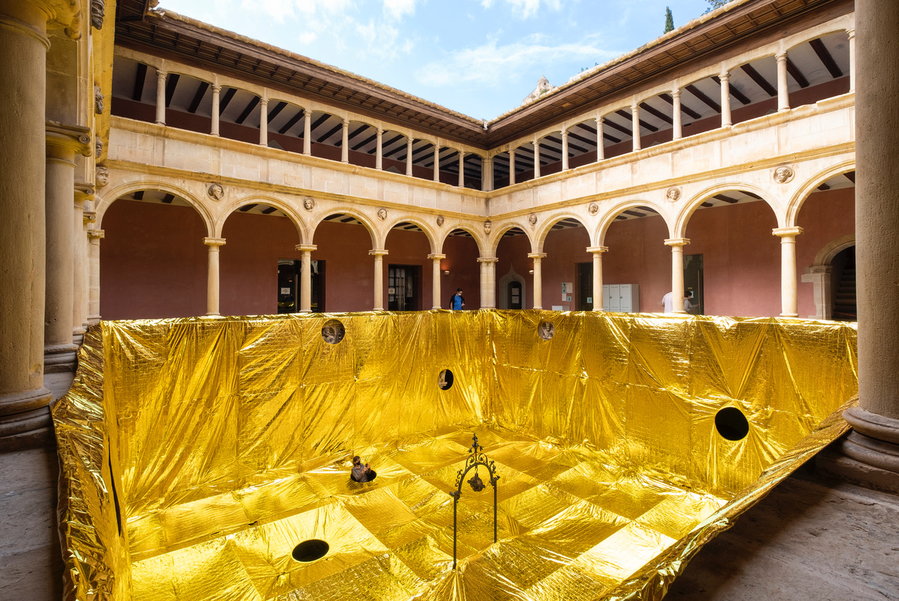 “The color and effect of the installation change depending on the time of day,” say the designers. “At midday, the light falls directly from above and the reflection of the fabric blinds the viewer. At sunset, on the other hand, the golden color of the fabric takes on new shades, more delicate and pink. Visitors had the opportunity to actively interact with the installation. They could not only admire the sculptural details of the Renaissance ornaments in the courtyard but also interact with the other visitors.” 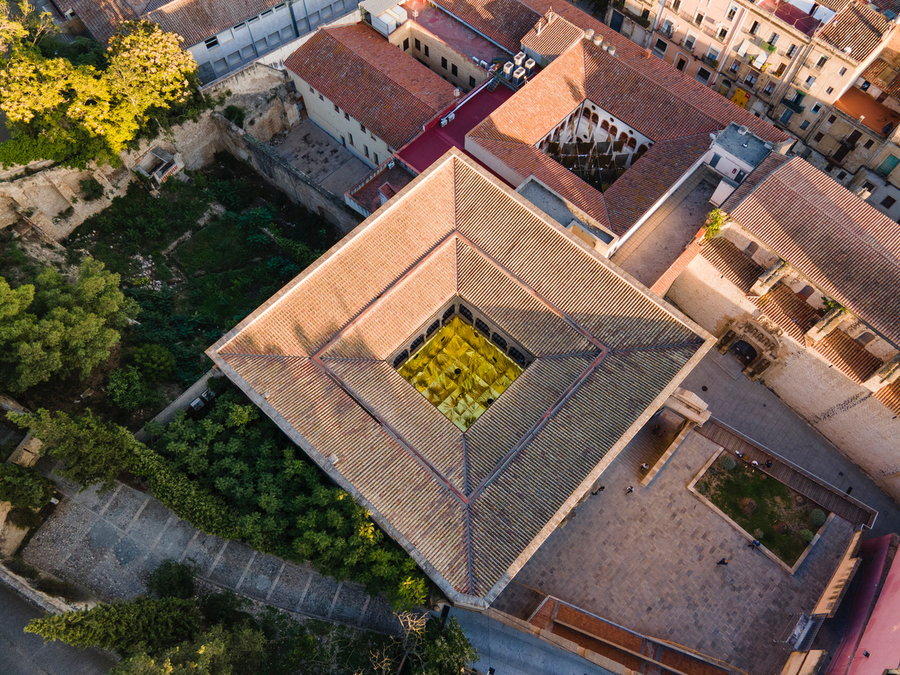 The installation was the winner of the festival, lauded for its success in encouraging visitors to see something old and seemingly unchangeable in a whole new way. A Cel Obert is held annually to honor the architecture of Tortosa and adorn it with ephemeral art. “Many of these buildings have an interior architecture that is as important as the exterior, although it often goes unnoticed. That is the case of many courtyards, which thanks to the A Cel Obert festival of ephemeral interventions can now become a great attraction to be discovered.”