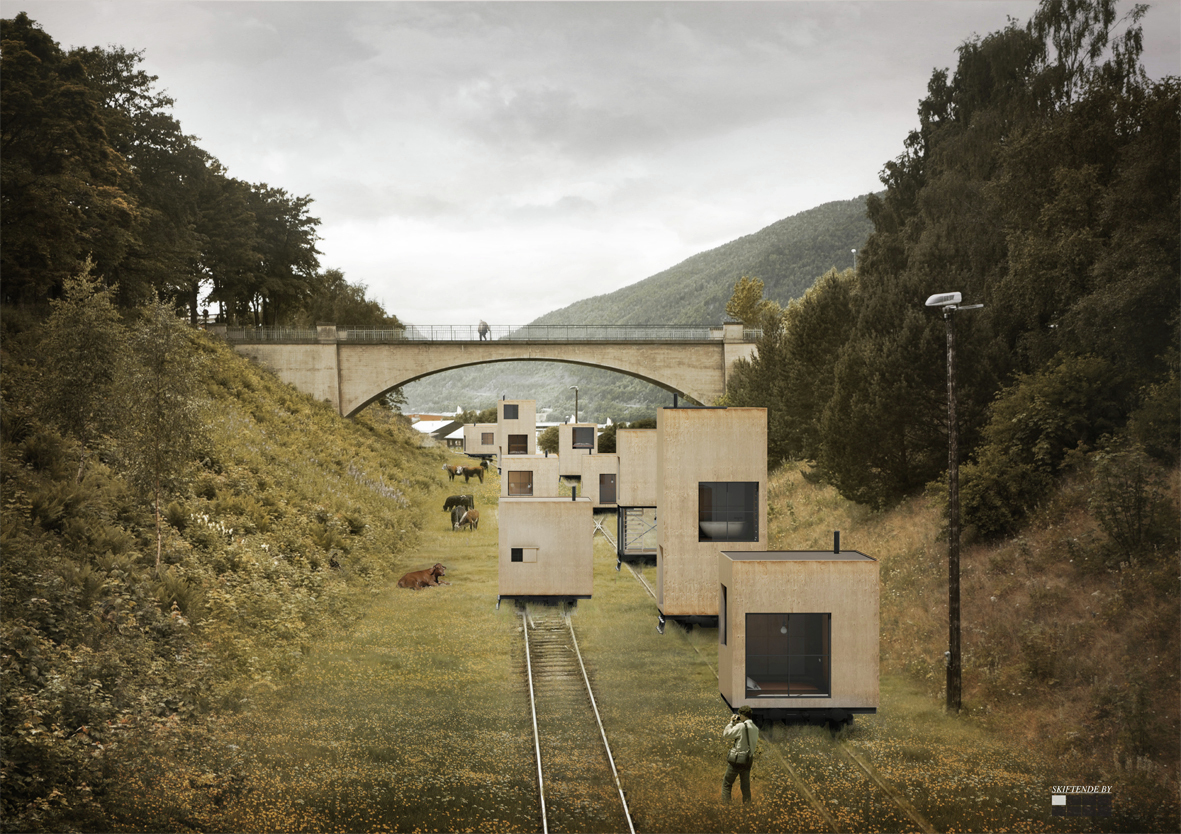 When Swedish architects Jagnefalt Milton submitted their proposal for this master-planning design competition, they were not sure anyone would take the idea seriously. To their surprise, the jury applauded their innovative approach that involved appropriating existing rail lines to create an entirely portable civic system full of nomadic architecture. 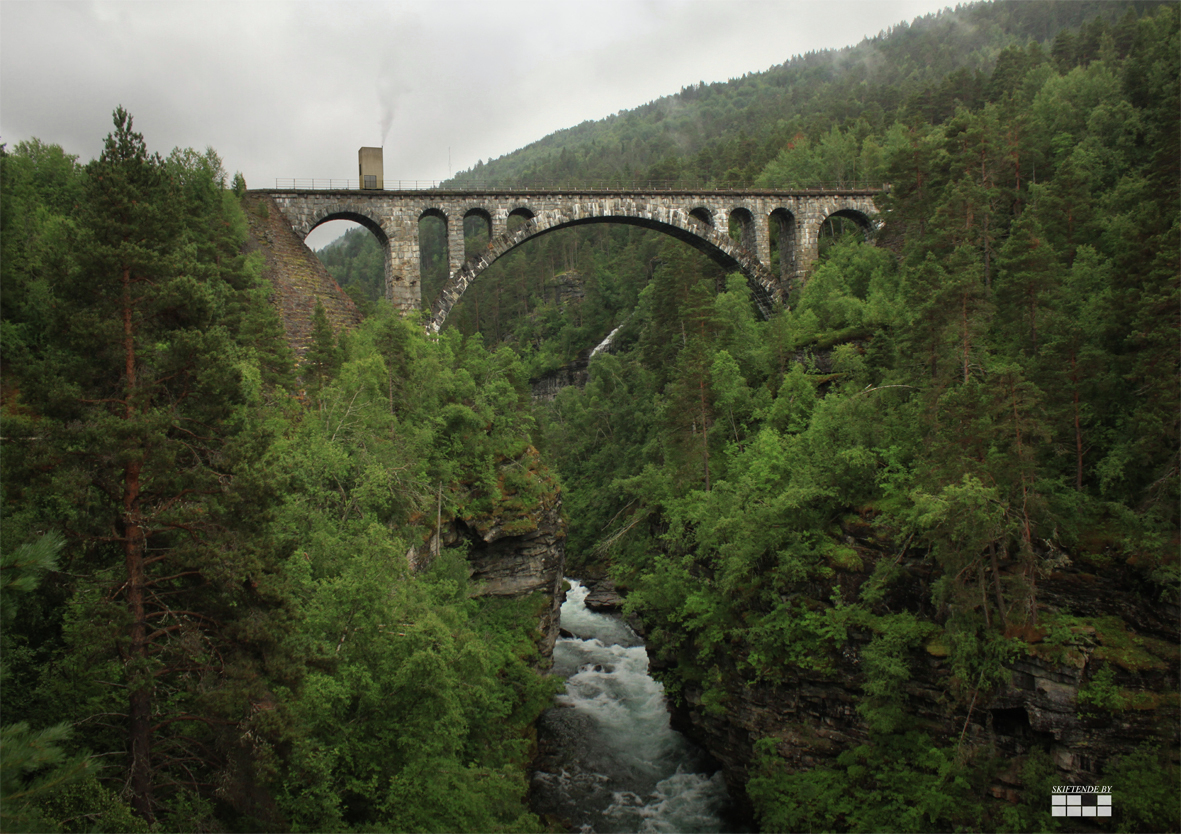 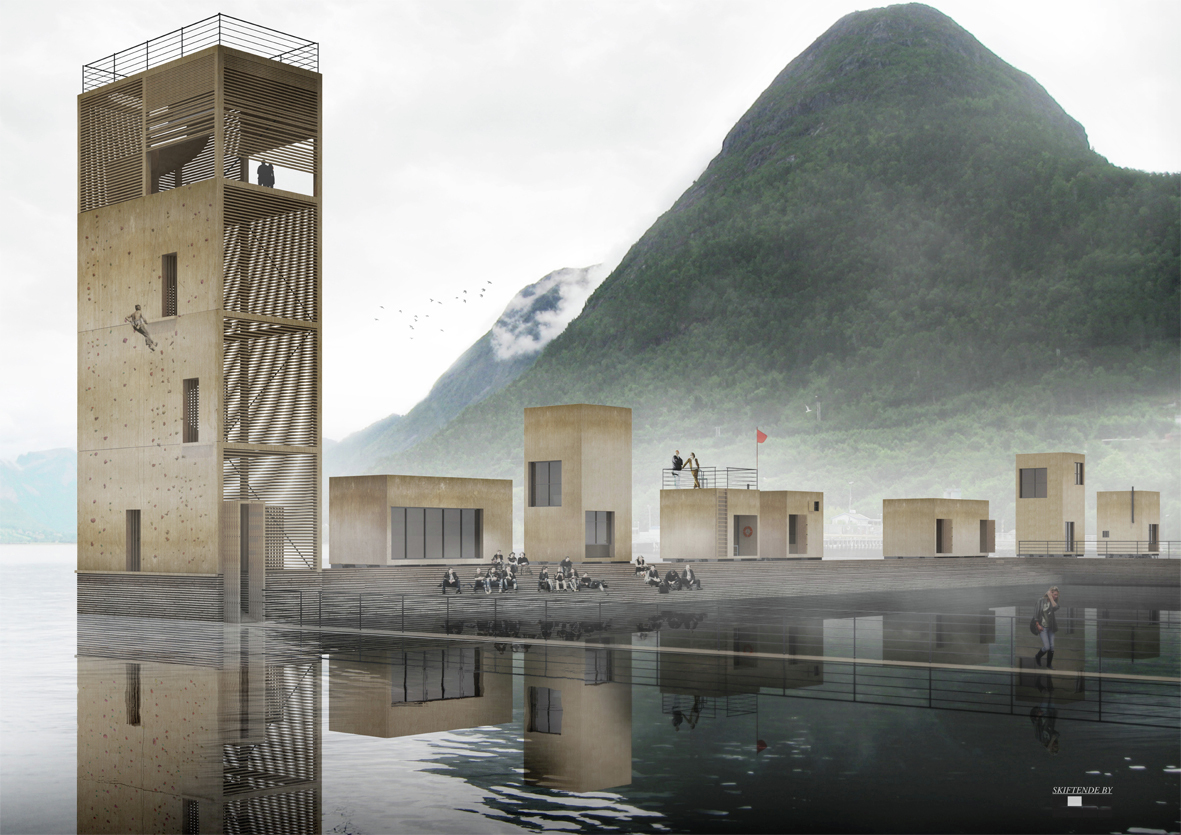 The idea is to enable seasonal retreats as well as event-specific mini-cities, complete with housing, hotels, swimming pools and even concert halls… all assembled from boxes that can be shifted around via the extant railway network as needed. Cargo container homes have recently enjoyed a resurgence of interest for similar reasons, but this proposal takes things a step further in combining conventional modular design materials and methods with easy overland shipping possibilities.

Drawings for the proposal are beautifully minimalist. Associated renderings are dark and moody, but utterly realistic at the same time. One can’t help but believe that this is not just another concept or idea, but has real-life potential tied in with a dream-like vision for the future. It certainly could have applicability to situations where nomadic lifestyles become required due to climate change, but it doesn’t have a dystopian feel, which is refreshing. 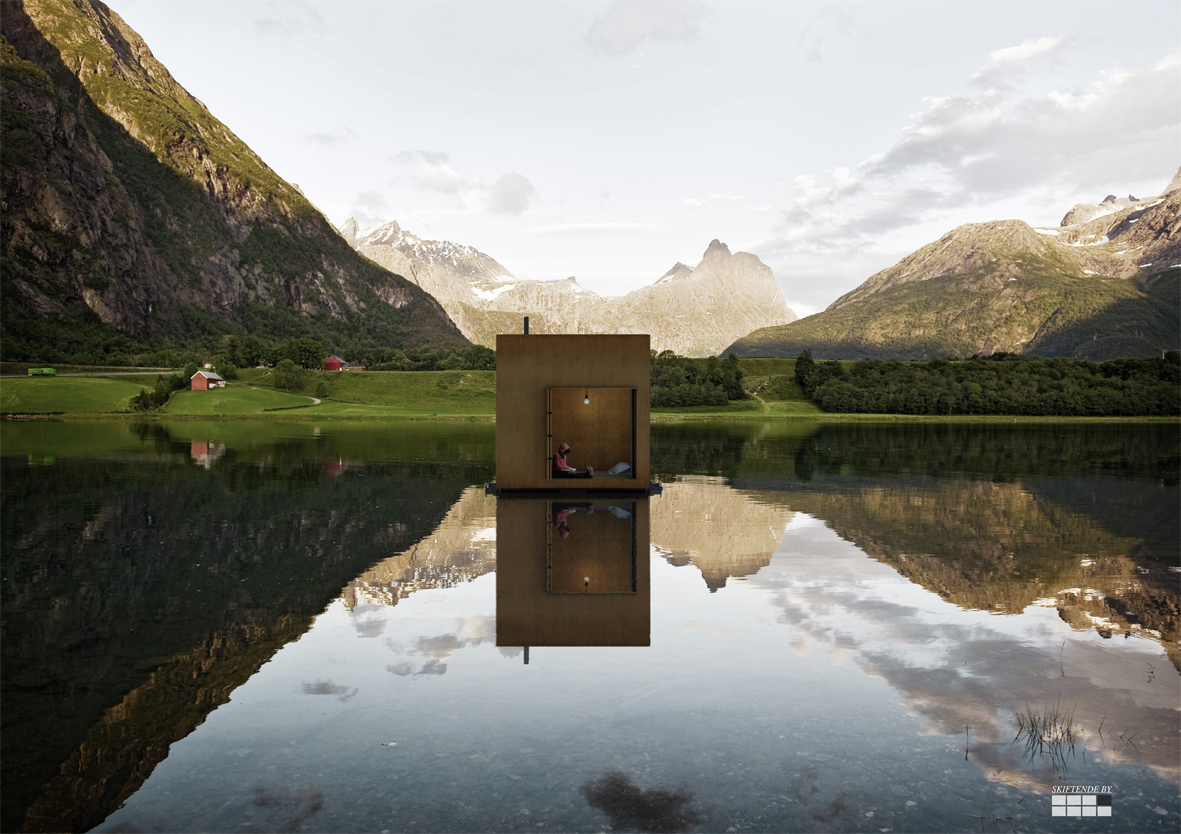 “Our master plan proposal for the Norwegian city of Åndalsnes turns the old industry train tracks into a new kind of infrastructure for mobile buildings that can be rolled back and forth depending on seasons and situations. For example, we propose a rolling hotel, a rolling public bath and a rolling concert hall.”

“According to the Jury Report the jury appreciated that we did not propose new city blocks, public squares, boardwalks etcetera, but instead focused entirely on the existing rail road network and created something unexpected from it. They were also moved by the presentation material which they thought had a surreal mood with a magic and Tarkovsky-esque atmosphere that contrasted well with the sober and technical plans and axonometric drawings.”