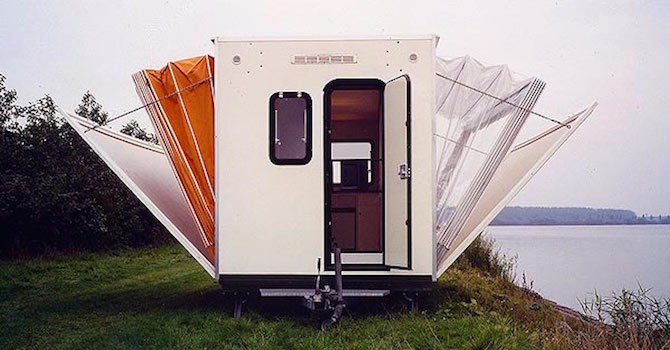 It says something about a design (particularly for a fast-paced mobile house) when someone can look at it three decades later and still marvel at the simple, efficient and effective use of materials and space. 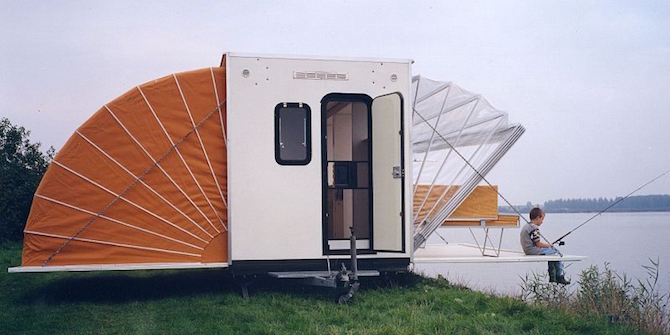 Created by Dutch designer  Eduard Bohtlingk, the name of this classic award-winner means ‘The Awning’ – a fitting description of the fold-down mechanism at the heart of its ingenuity. 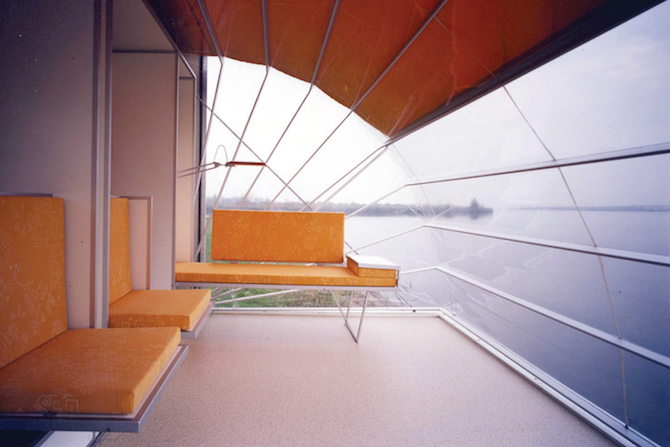 On the road, it folds up to look like any other camper, but once on site, it deploys to have a footprint three times the size of the main volume, simply by having the walls turn into floors on either side. 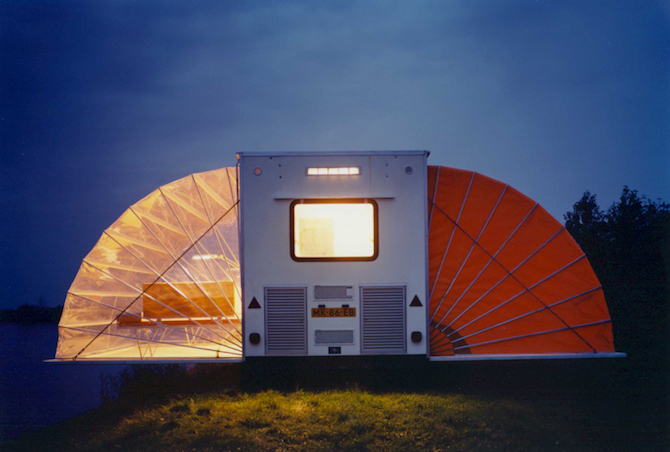 Add a few pieces of furniture to these auxiliary spaces and they become functional overflow for living and sleeping, while the core functions remain housed in the central area. When stored up for the season, it’s incredibly compact – especially compared to standard trailers and recreational vehicles.

“The magic happens when the trailer’s side walls are opened and the accordion-like awnings come down to create two new living compartments. In seconds, you can effectively triple the living space into 290 square feet — enough room for up to six campers.”

“While the bedroom awning shields light and provides privacy, the other awning is made of a transparent but weatherproof plastic. In nice weather, the awnings can be retracted like the ceiling of a convertible — making it possible to sleep under the stars or spend a breezy morning under a summer sky without ever leaving your couch.”

“Only a few prototypes of the De Markies trailer were ever produced. But with the growing “tiny house movement” there has been a revival of interest in Böhtlingk’s design. It may only be a matter of time before this visionary concept becomes a viable reality and De Markies trailers start appearing in your local RV park.”