When technological advances make the news, they almost always have something to do with new electronic gadgets or driverless cars. Finally, a landmark advance in biological technology is making the multimedia rounds — and the buzz is richly deserved. 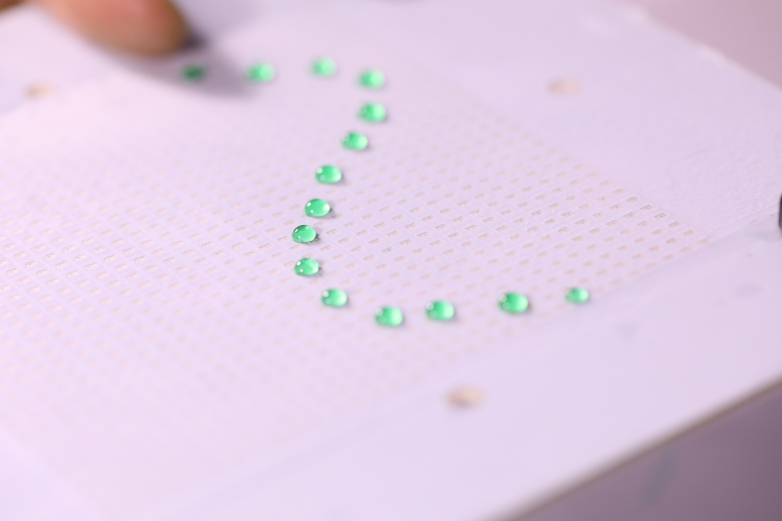 Before now, microfluidic devices have been the most efficient tools for manipulating biological solutions in research experiments. In these experiments, the solutions are pumped through an intricate mechanical system of pumps, tubes, and valves. Unfortunately, those systems fail on a regular basis, and they require constant monitoring by a human being to prevent them from exploding. All of these factors result in delayed results and related incurred costs. 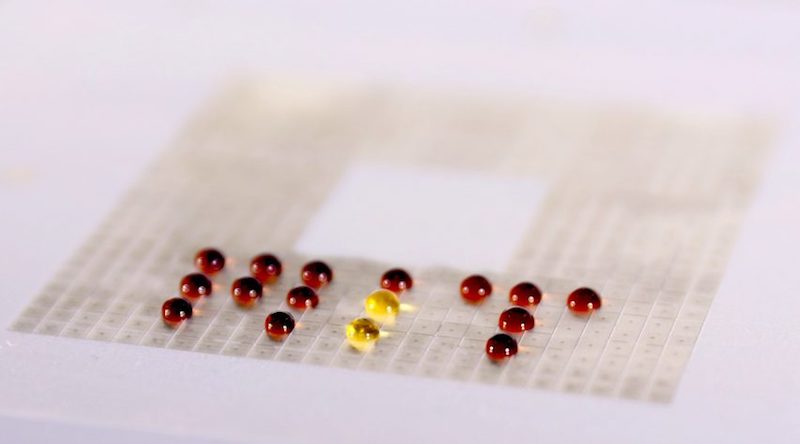 Now, researchers at MIT have created new hardware that utilizes electric fields to control the movement of beads of biological and chemical solutions on hard surfaces. This advancement should give researchers everywhere the ability to simultaneously mix, match, and analyze thousands of results. The ability to control these solutions using patterns chosen by computational methods will also make experimentation more cost-effective and efficient.

The Man Behind the Technology

Udayan Umapathi, the MIT Media Lab researcher who spearheaded the creation of this new system, was frustrated by the existing processes about three years ago while working on a project for a synthetic biology firm that required him to build and monitor machines and microfluidic systems.

“Biology is moving toward more and more complex processes, and we need technologies to manipulate smaller-and-smaller-volume droplets,” he explains. “Pumps, valves, and tubes quickly become complicated. In the machine that I built, it took me a week to assemble 100 connections. Let’s say you go from a scale of 100 connections to a machine with a million connections. You’re not going to be able to manually assemble that.”

Umapathi says that with the new technology, thousands of drops of liquid could be placed on the surface of the apparatus and independently moved around without any human intervention. Related software lets users choose the parameters they wish to use and independently computes the applicable paths for the droplets to take, as well as the frequency of consecutive processes.

Of course, there were a few glitches in the development of this technology. The researchers’ chief technical challenge was to design a coating for the surface of the circuit board that would diminish friction so the drops could slide along with ease, keeping molecules from clinging to the surface and tainting future research. 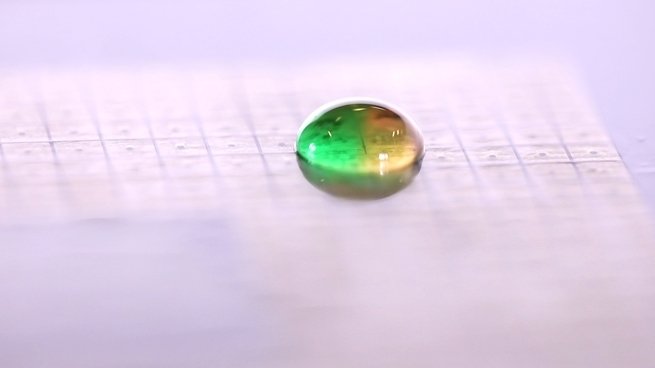 The researchers eventually coated a prototype circuit board with a much denser population of miniscule water-repellent orbs. This design allowed the drops to easily glide across the sphere. The balls can also be replaced with other shapes that work more efficiently with various biological substances.

According to Umapathi, digital microfluidics could radically reduce the financial burden of research projects frequently conducted in industrial biology. For example, pharmaceutical research projects frequently carry out scores of experiments that utilize robots outfitted with hundreds of pipettes (small measuring tubes that resemble stretched out eye droppers). Umapathi believes that millions of dollars could be saved using droplets instead of pipettes in some cases, perhaps reducing their need 100-fold.