The possibility of an asteroid hitting the Earth and wiping out a major part of the population has been a topic of concern for decades now. Lucky for us all, a research team from the Massachusetts Institute of Technology (MIT) has recently arrived at a possible new solution: a decision map that offers several different courses of action for impact avoidance. 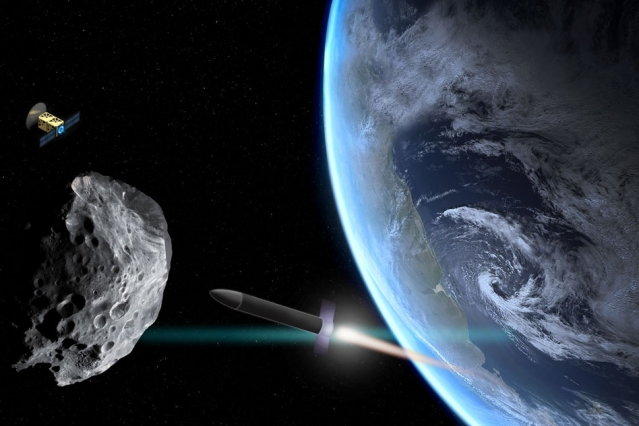 Back in 1903, Daniel Barringer, a mining engineer, first suggested that the now-famous Meteor Crater in Arizona was produced by a meteorite. By the 1960s, asteroid impact avoidance plans were already entering popular culture. Original Star Trek fans, for instance, will recall the “Paradise Syndrome” episode, wherein an ancient civilization of ‘preservers’ saved worlds from impacts by constructing an asteroid deflector.

Because actual science and engineering often strives to actualize ideas presented in science fiction, it’s no surprise that the scientific timeline on planetary defense mechanisms against near-Earth objects also began with the 1964 book Islands in Space, which addressed the need to develop techniques to deflect, capture, or land “planetoids” to avert impact. Three years later, in 1967, MIT students in the Department of Aeronautics and Astronautics designed Project Icarus, whose mission was to prevent a hypothetical impact by asteroid 1556 Icarus. Project Icarus later inspired the 1979 film Meteor, which itself was the precursor to the 1998 films Armageddon and Deep Impact.

But it was in fact the 1980 discovery of the planet’s prehistoric K-T boundary containing iridium, an element that’s rare on Earth but abundant in asteroids and comets, that brought the harsh reality of asteroid impact into focus. The reason? The particular asteroid that had created the boundary, a thin geologic layer found in much of the world’s sediment, is believed to be the one that drove the dinosaurs to extinction 66 million years ago. The Chicxulub crater off the Yucatan Peninsula is deduced to be the impact site of that same asteroid.

Our planet has since been observed to be surrounded by thousands of near-Earth objects (NEOs). These asteroids and comets that orbit about Earth all have the potential to hit it. To avert such a collision, impact avoidance plans have become commonplace in scientific communities.

In the tradition of the original Project Icarus, another set of MIT researchers has now set out to develop an impact avoidance system. According to their study published in the journal Acta Astronautica, by taking note of an asteroid’s mass and momentum, and especially its proximity to Earth’s gravitational keyhole (the region of space where Earth’s gravity could alter the asteroid’s trajectory) to ascertain the amount of warning time, a decision map for a successful mission to fend off collision can be constructed.

The MIT team’s hypothetical deflection methods will be applied to the NEOs Bennu and 99942 Apophis. Bennu is an asteroid that a NASA mission is currently targeting, with a goal of bringing a piece back for detailed analysis. Apophis is an asteroid named after the Egyptian deity of chaos. Its close encounter with the Earth will take place in 2029, traveling a whopping 67,000 miles per hour past the planet. While MIT News states that it will “will sling by Earth without incident in both 2029 and 2036,” it is nonetheless “never too early to consider strategies for deflecting an asteroid if one were ever on a crash course with our home planet.” 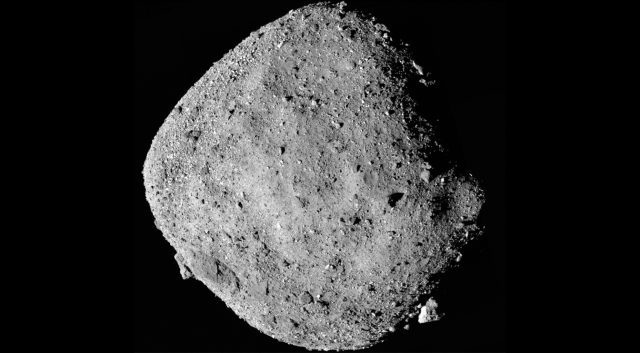 MIT’s new decision map utilizes “a framework for deciding which type of mission would be most successful in deflecting an incoming asteroid.” Through it, a couple of courses of action are possible. One is launching a projectile to alter the NEO’s course, and another is sending a scout out to get accurate measurements for the projectile. Alternatively, scientists could send two scouts out to not only get measurements, but nudge the object and change its trajectory.

Whatever the case may be, there’s no denying that this new simulation tool is out-of-this-world useful.