This gadget is helping ladies have hassle-free fun by slipping neatly onto two fingers. Fin, a new vibrator by female pleasure product designers Dame, is a cute little bulb with grooves scooped out from its sides so that it can easily be held with one hand. Fin has two distinct tips for different sensations (one pointy and one squishy) and three settings that alter the intensity of its vibrations. It can be worn in a multitude of ways, either towards the tips or the bases of the fingers and with the bulb facing either out or down. It can also be used by either partner during foreplay, intercourse, or after sex — or by the woman when she’s alone. 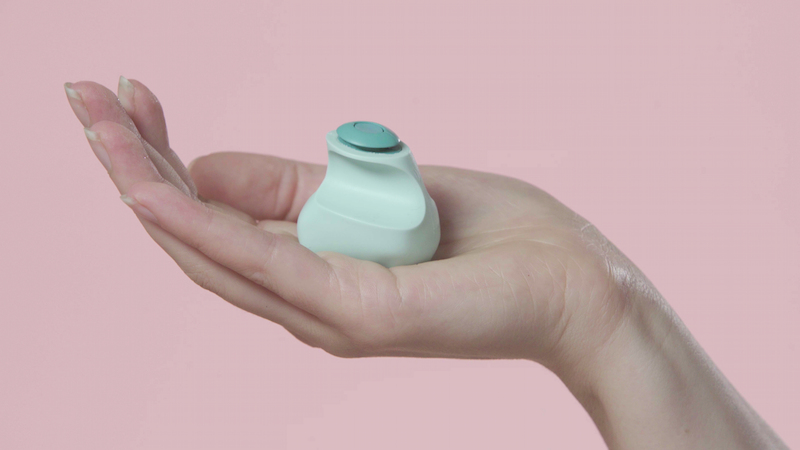 Fin was designed by Alexandra Fine, a sex expert, and Janet Lieberman, a product expert, both of whom head the Brooklyn-based Dame Products. The pair has already had a lot of success in their field, previously releasing a hands-free vibrator that slots into and is supported by the vulva, allowing both partners to enjoy their time together without having to worry about fidgeting with a large device that might need to be plugged in and positioned at various angles to achieve the desired effect. Eva II is the second iteration of this device, with its wing-shaped bulb sitting on top of the clitoris to provide independent stimulation during intercourse. It also has a three-speed motor and is operated, like Fin, by pressing down on the top of the bulb. 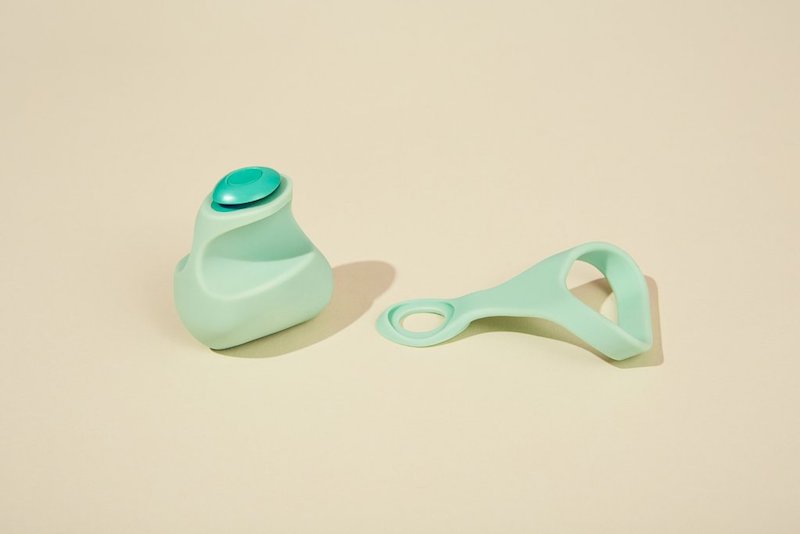 Fin has already been designed, beta-tested, and even sent out to a few suppliers. Dame has started a crowdfunding campaign so Fin can be produced at a larger scale, and they hope to retail it for around $75. Currently, Fin can be purchased via Dame’s website, as can Eva II, which retails at $135. 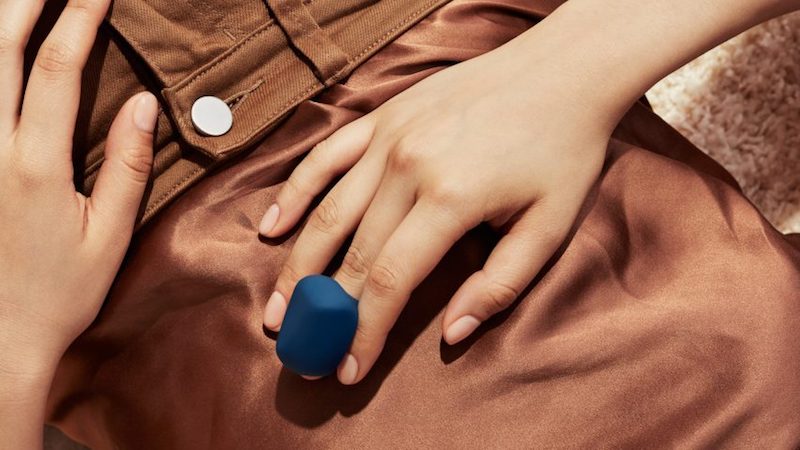 The products have already received a lot of complimentary press, with many new outlets lauding the female-led product design team and their focus on female pleasure. Many women see standard vibrators as problematic, mostly because they focus on penetration despite the fact that most women also need clitoral stimulation in order to achieve orgasm. Dame clearly has ladies in mind when designing their products, but they also value the act of sex itself, which they feel should be as intimate and fluid as possible. It’s no wonder that they’re working so hard to make their products as small as possible and eliminate the hassle of batteries and cables.

Check out the company’s website to learn more about these cool products.