Part of the fun of old buildings is revealing all the secrets they contain. In the midst of a renovation or even just exploration, you might find a dumbwaiter shaft behind a piece of wallboard, a tiny door to a secret closet, the remains of a bricked-up fireplace, or even an entire room that was once walled off for reasons unknown. Often, however, the secrets are literally right beneath the surfaces of the walls, ceilings, and floors. Start to peel up an edge, and you could uncover layer after layer of materials that have added up over time, telling a story of the building’s history. 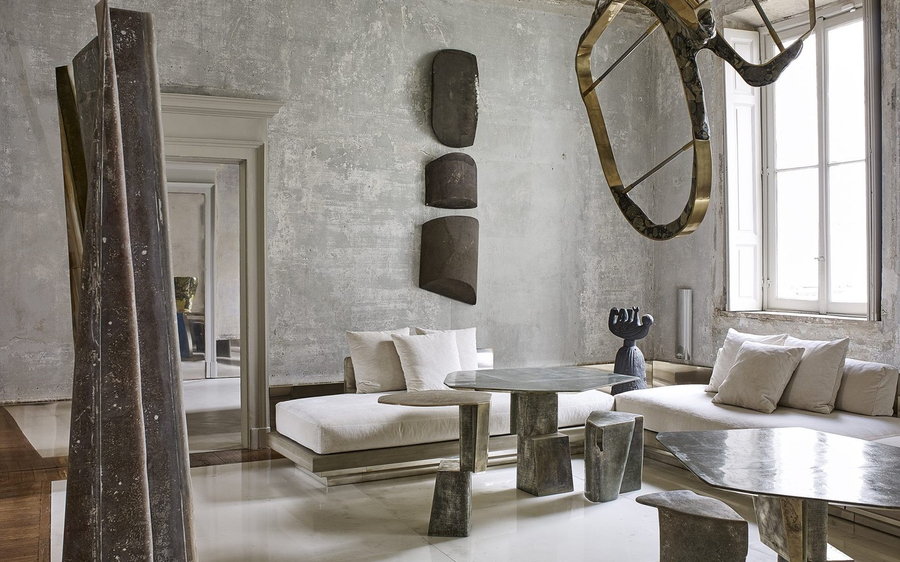 As you might imagine, that story is all the more dramatic in a 17th-century building in Milan’s Porta Magenta, a central district known for amazing landmarks like the church of Santa Maria delle Grazie, which itself contains Leonardo da Vinci’s The Last Supper mural. Architect Vincenzo de Cotiis bought and transformed an apartment there to serve as his own residence, and he found that the most visible veneer was just the latest of many, each one representing a certain era of interior design styles. 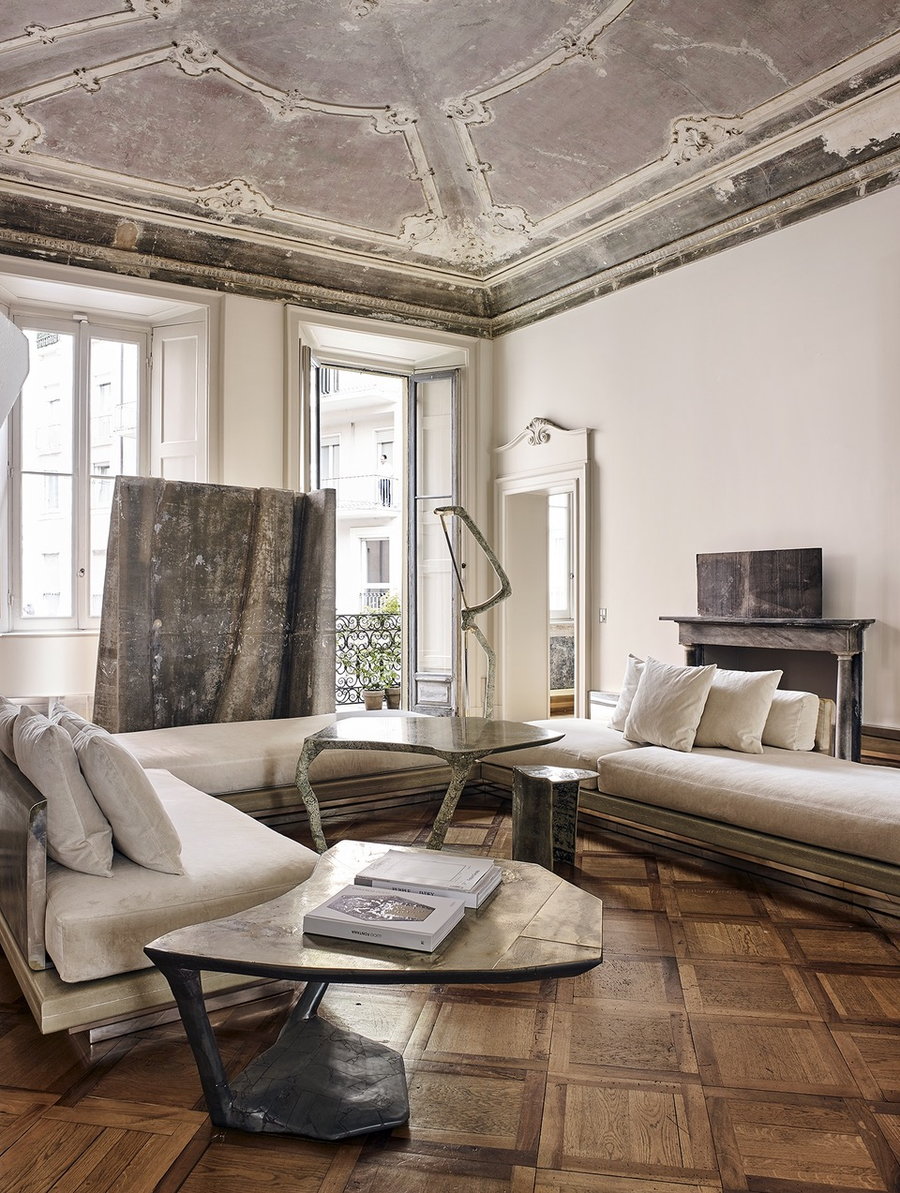 Most of it wasn’t pretty, but under what he describes as “years of paint and paper, false ceilings, and ugly moquette floor coverings” was a wonder of Italian history waiting to be restored to its original glory. Allowing the apartment to shine while retaining all the patina and signs of age that made it special became de Cotiis’ primary goal. Standing behind gates on a quiet street just 10 minutes from the touristy center of the Duomo, the old palazzo had fantastically textural plaster walls, soaring tray ceilings, and the remains of centuries-old gilded stucco. 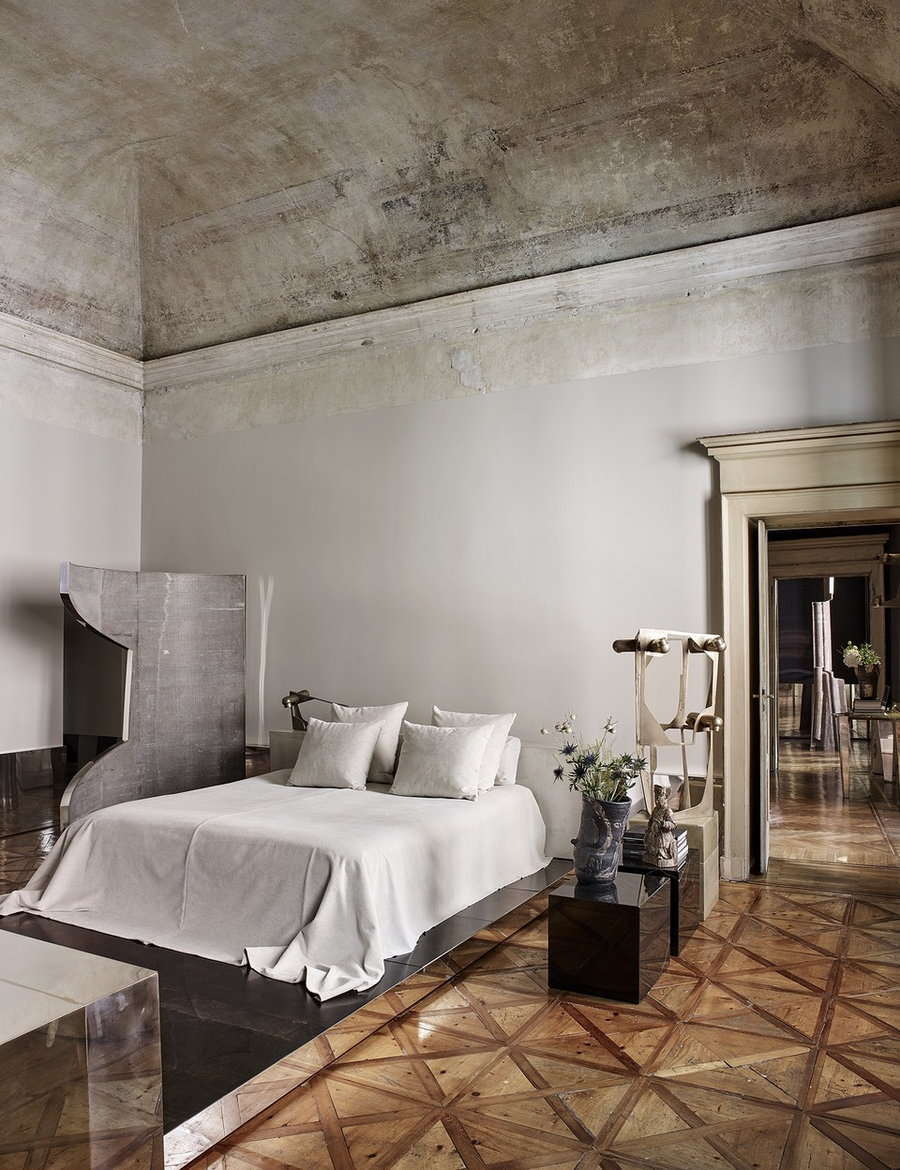 “While emphasizing the preexisting, I worked out what my contemporary intervention would be,” says de Cotiis. “I enriched some surfaces that contrast each other to create something visually very exciting while at the same time respectful. After stripping back the wall coverings, I choose to leave the walls untreated, so there is a bit of plaster dust if you brush against them. In every room the colors are different. For example, pink frescoes in the library, blue in the bedroom, and ocher in others. Within that framework, I’ve mixed mostly furniture pieces that were custom-designed by me along with a few other contemporary examples of collectible design.” 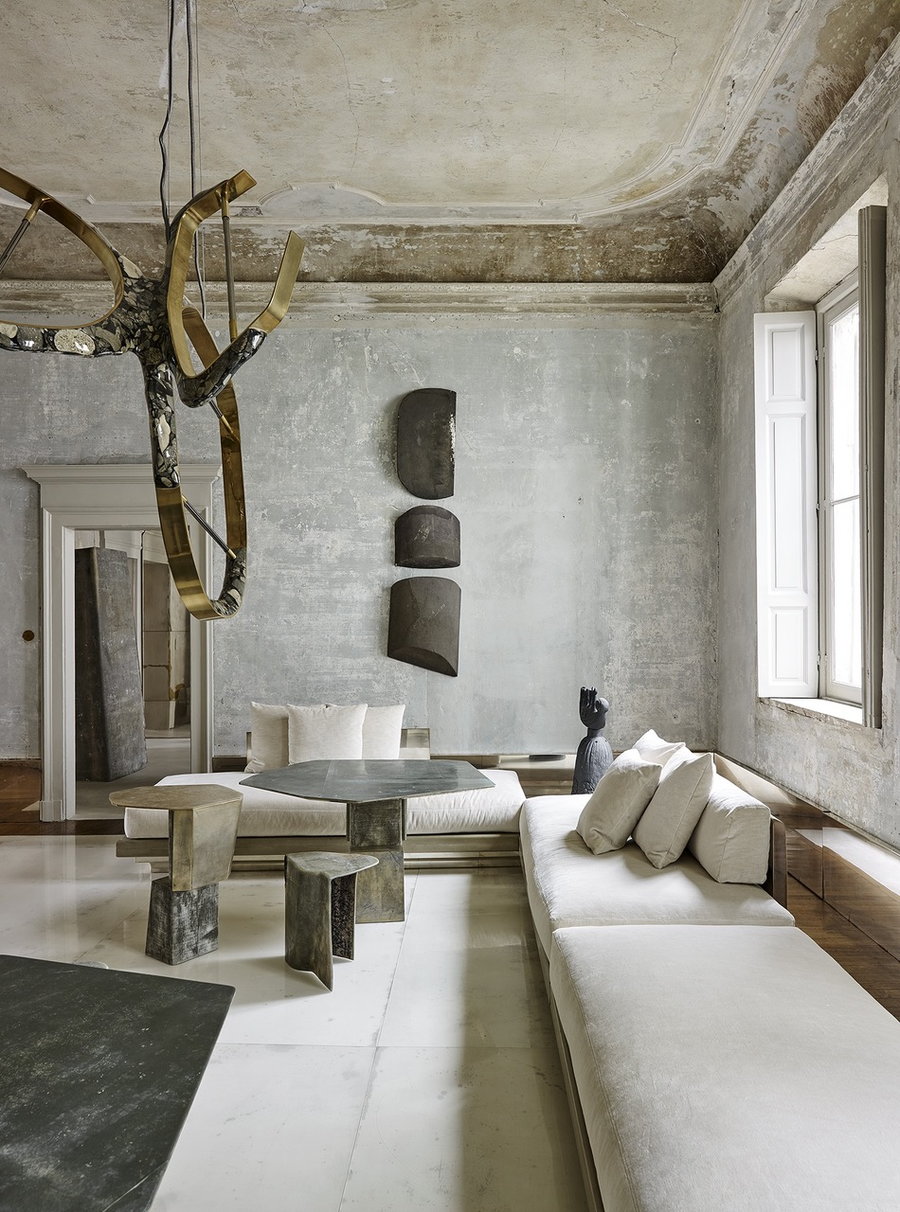 The result is nothing short of incredible. Nothing had to be changed about the bones of the apartment, which thankfully had never suffered any regrettable structural renovations over the decades. Many of the original elements are also still in place, like the sculptural doorways. New paint here and there is allowed to contrast with the aged surfaces, and the architect’s contemporary furnishings end up looking like works of art in an exceptionally warm and livable museum. 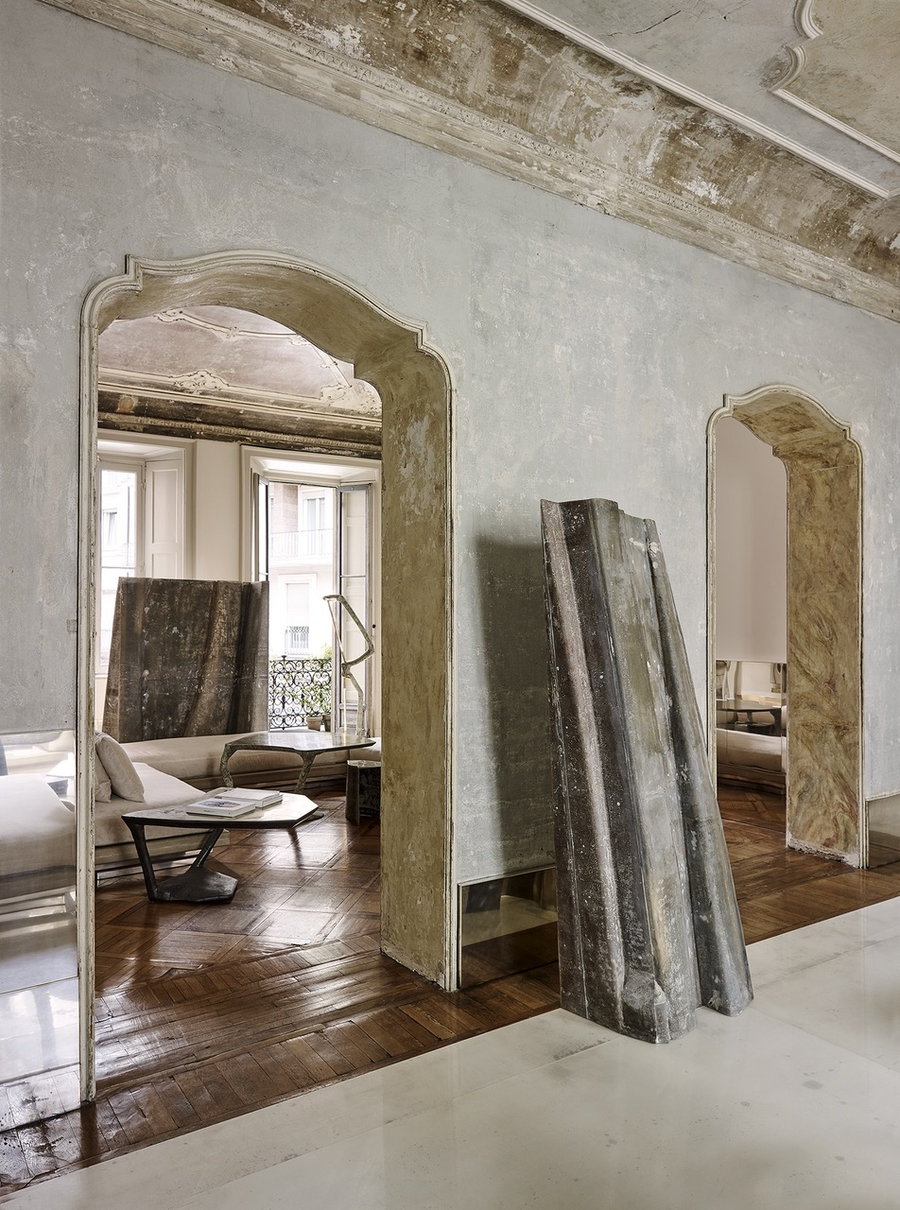 The architect adds that “since I’ve been here during quarantine, the natural light entering has surprised and inspired me. It looks different and changes the colors of the entire space. There’s always classical music filling the rooms, and my wife, Claudia, and I have also made sure there are fresh flowers every day. They symbolize a new beginning and spring. Almost every year I like to change my home. I have new ideas on how to change different rooms to give them a fresh look. But no matter the changes and alterations I make, this place is my island of peace. I’m a very lucky man.”