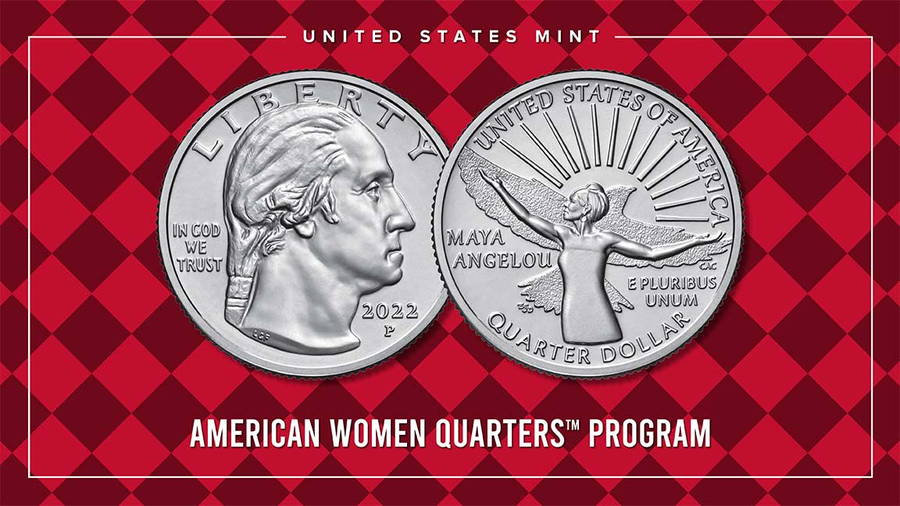 Angelou is also the first to be featured in the U.S. Mint’s new series called the “American Women Quarters Program.” 20 influential women will have their faces emblazoned on the 25-cent piece over the next four years, with the honorees being chosen among those who have made contributions in fields like suffrage, civil rights, science, the arts, and government. The Mint has stated that “the women honored will be from ethnically, racially, and geographically diverse backgrounds.” 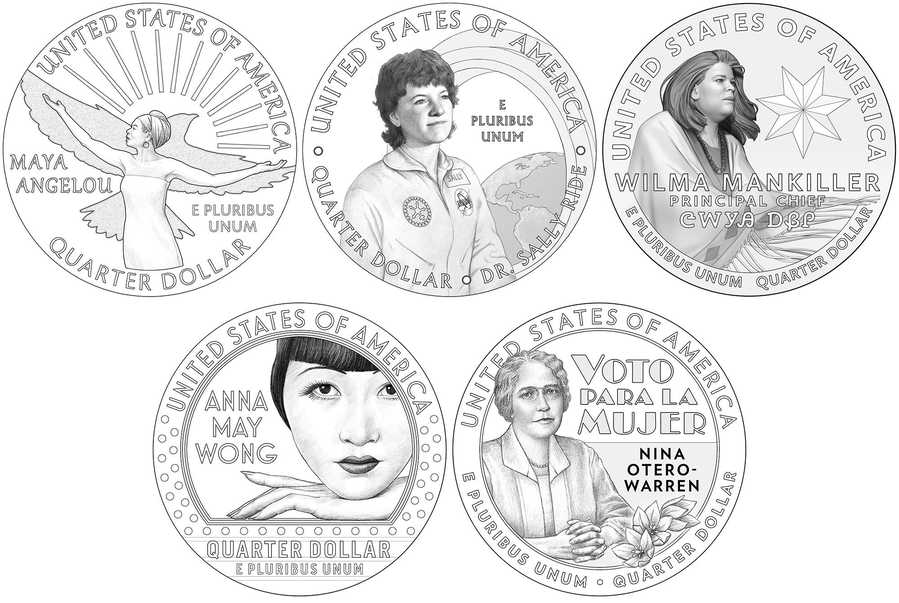 “Each 2022 quarter is designed to reflect the breadth and depth of accomplishments being celebrated throughout this historic coin program. Maya Angelou, featured on the reverse of this first coin in the series, used words to inspire and uplift,” Mint Deputy Director Ventris C. Gibson said in a statement. 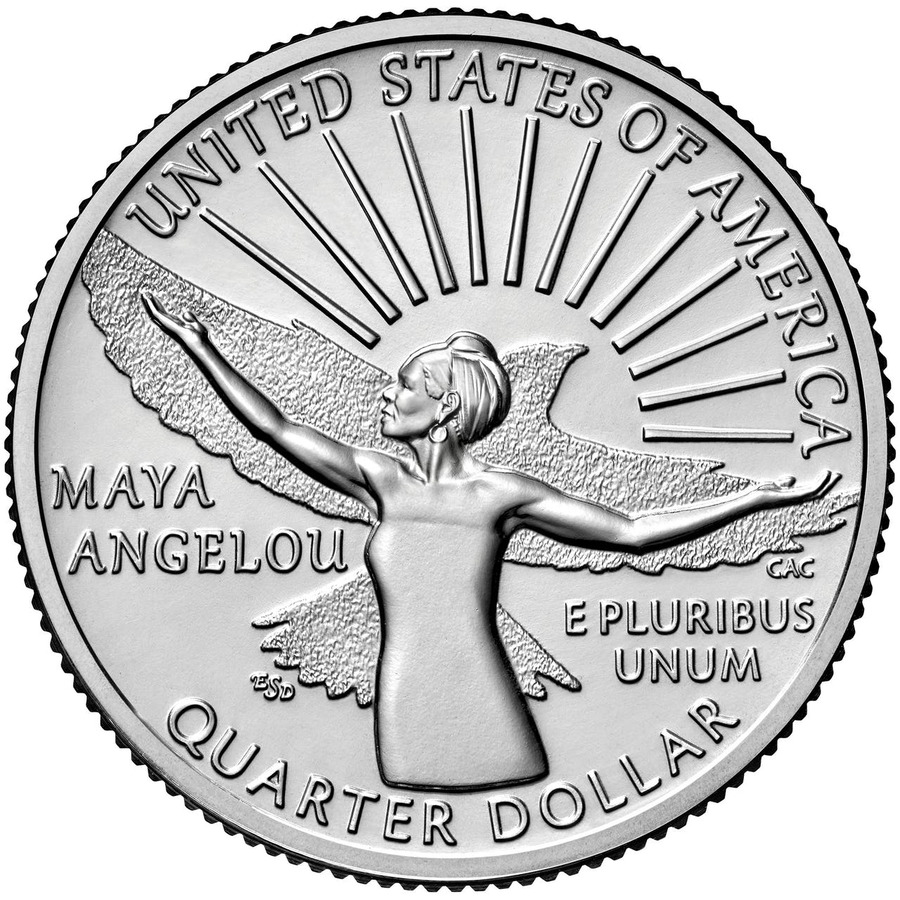 Designed by artist Emily Damstra and sculptor Craig Campbell, the image of Angelou on the “tails” side of the quarter depicts her with arms outstretched toward the sky. “Behind her are a bird in flight and a rising sun, images inspired by her poetry and symbolic of the way she lived,” the Mint explains on its website. 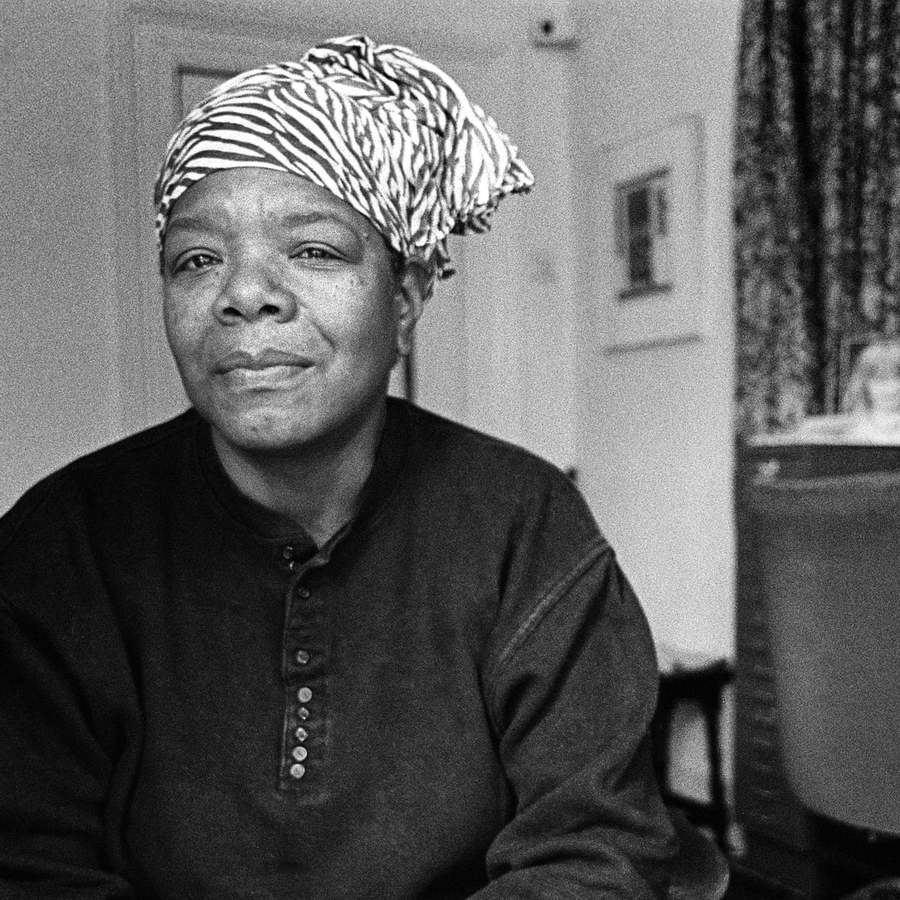 Angelou isn’t just famous for her poetry – she also worked as a journalist, actress, dancer, teacher, social activist, and author. After dropping out of school to become San Francisco’s first Black trolley driver, she spent several years acting in plays on and off-Broadway, including Cabaret for Freedom. 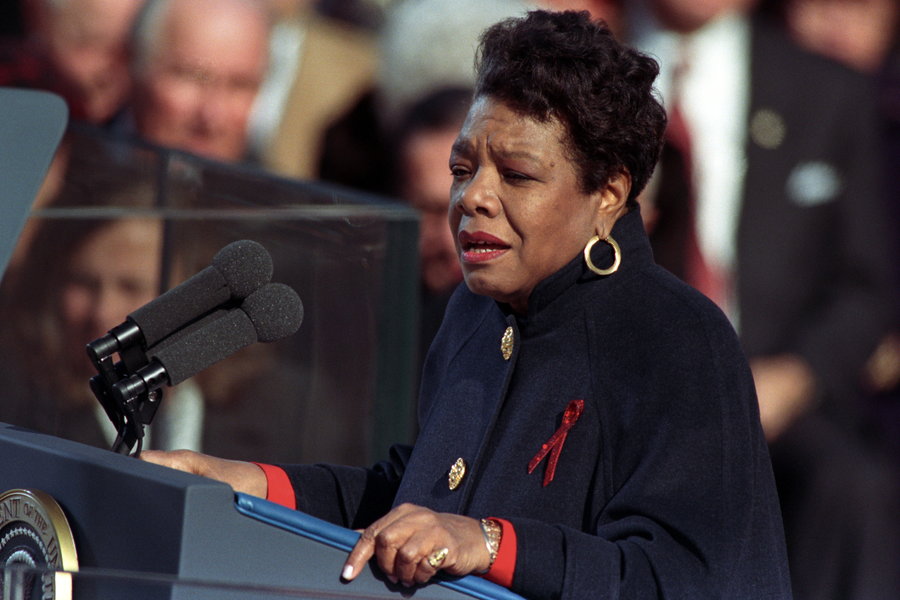 Her interests next took her into the world of writing, joining the Harlem Writers Guild and editing newspapers in Egypt and Ghana. She gained international recognition in 1969 with her autobiographical I Know Why the Caged Bird Sings, a groundbreaking memoir about life in the Jim Crow South. Over the course of her life, Angelou wrote more than 30 best-selling volumes of verse, fiction, and non-fiction.

She also worked for social change with Martin Luther King Jr., being appointed the northern coordinator for the Southern Christian Leadership Conference. Her talents were later honored by two U.S. presidents. In 1993, Angelou recited her poem “On the Pulse of Morning” during the inauguration of Bill Clinton, becoming the first woman poet to perform at a presidential induction ceremony. Then in 2011, Barack Obama awarded her with the Presidential Medal of Freedom, applauding her as “one of the brightest lights of our time — a brilliant writer, a fierce friend, and a truly phenomenal woman.” 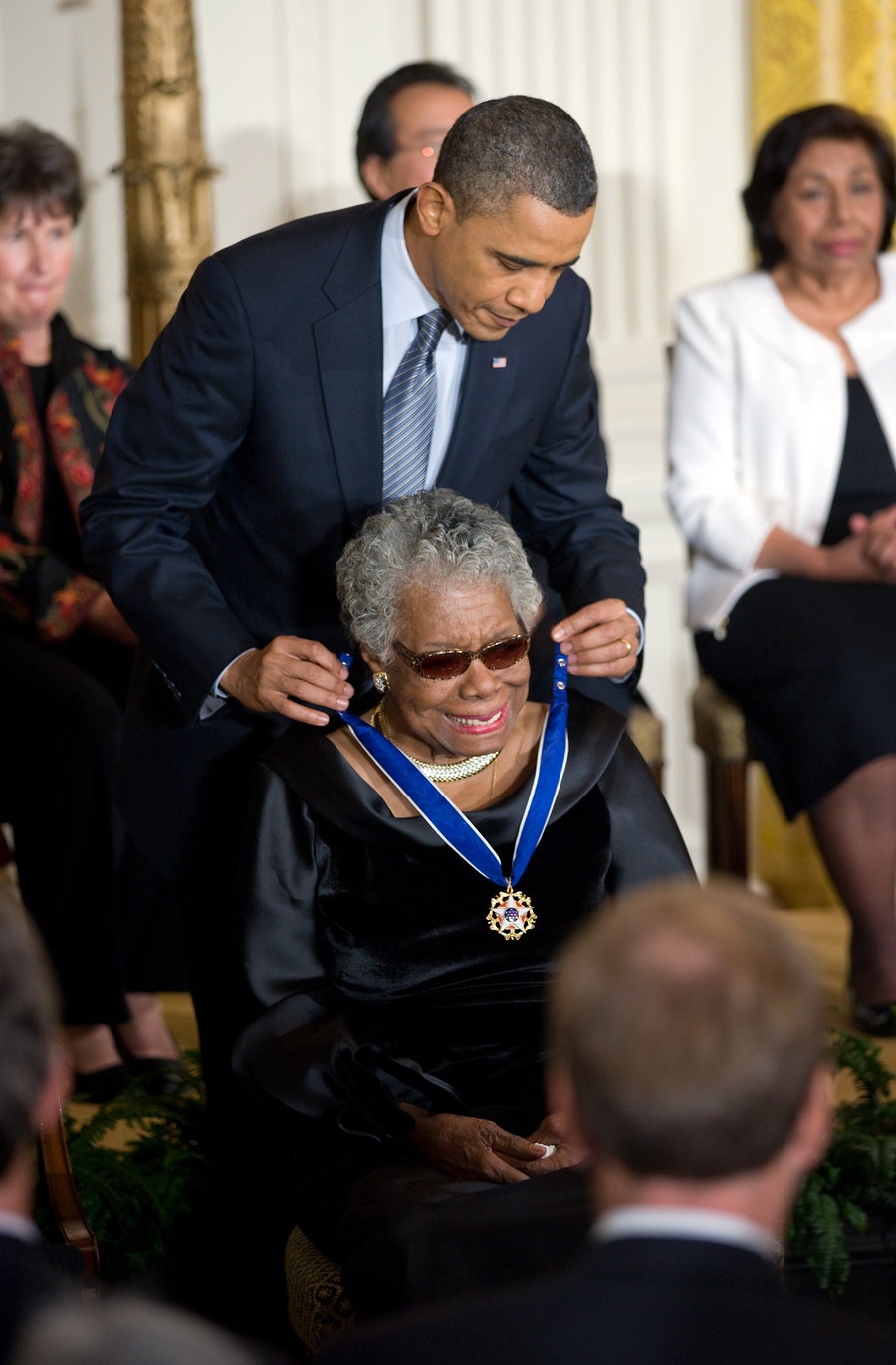 Before her death in 2014 at age 86, Angelou also received more than 30 honorary degrees from universities across the country.

U.S. Secretary of the Treasury Janet Yellen, the first woman to be appointed to that position, got to help select this year’s coin honorees. “Each time we redesign our currency, we have the chance to say something about our country — what we value, and how we’ve progressed as a society,” Yellen said in a statement. “I’m very proud that these coins celebrate the contributions of some of America’s most remarkable women, including Maya Angelou.” 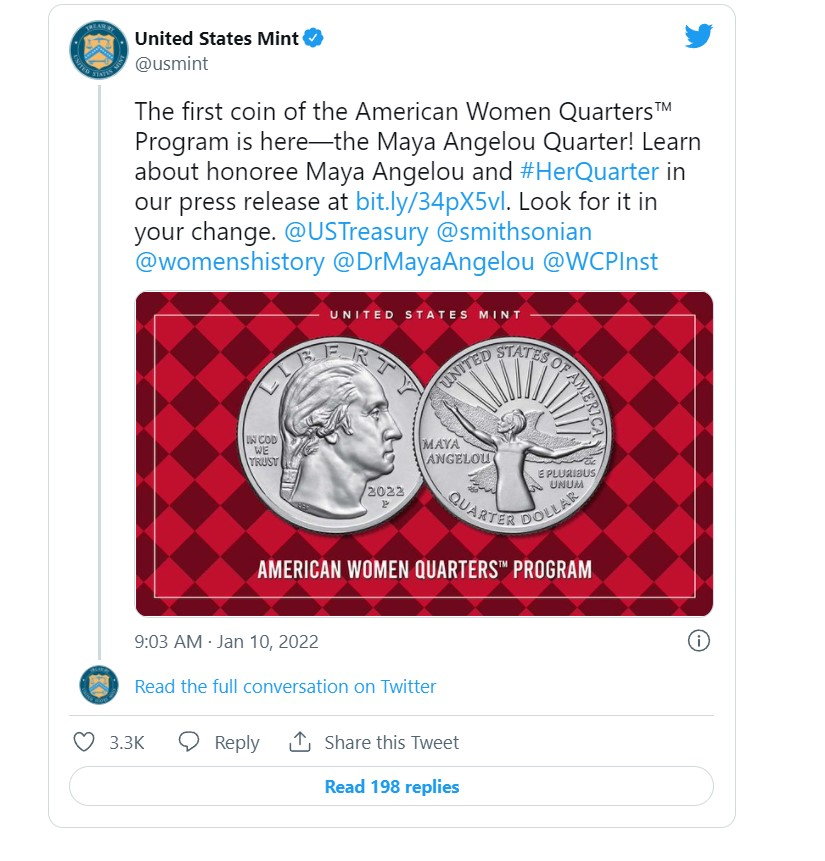 California Representative Barbara Lee, who helped introduce the Circulating Collectible Coin Redesign Act of 2020 that opened the door to the American Women Quarter Program, also praised the new quarter design. “The phenomenal women who shaped American history have gone unrecognized for too long — especially women of color,” Lee said in a tweet. “Proud to have led this bill to honor their legacies.”