Argentine conceptual artist Marta Minujin has recently reconstructed the famed Greek Parthenon in Kassel, Germany. The installation, entitled “The Parthenon of Books” has been erected for Documenta 14, an annual art festival held in both Kassel and Athens. Minujin has adorned the structure with 100,000 books, all of which have been banned at one point in history. This is especially significant considering that the installation, which was built using metal scaffolding that sits on a raised plinth, is located in Friedrichsplatz Park, a former book burning site. In 1933, the Nazis used the park to burn approximately 2,000 books. Each book featured in Minujin’s work was donated by the public and selected from a list of 170 previously prohibited publications. To add them to her Parthenon, Minujin wrapped them all in plastic bags and taped them to its columns. 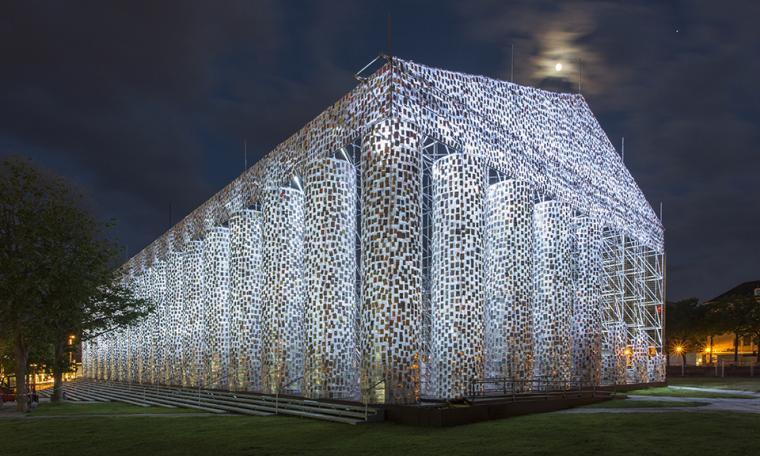 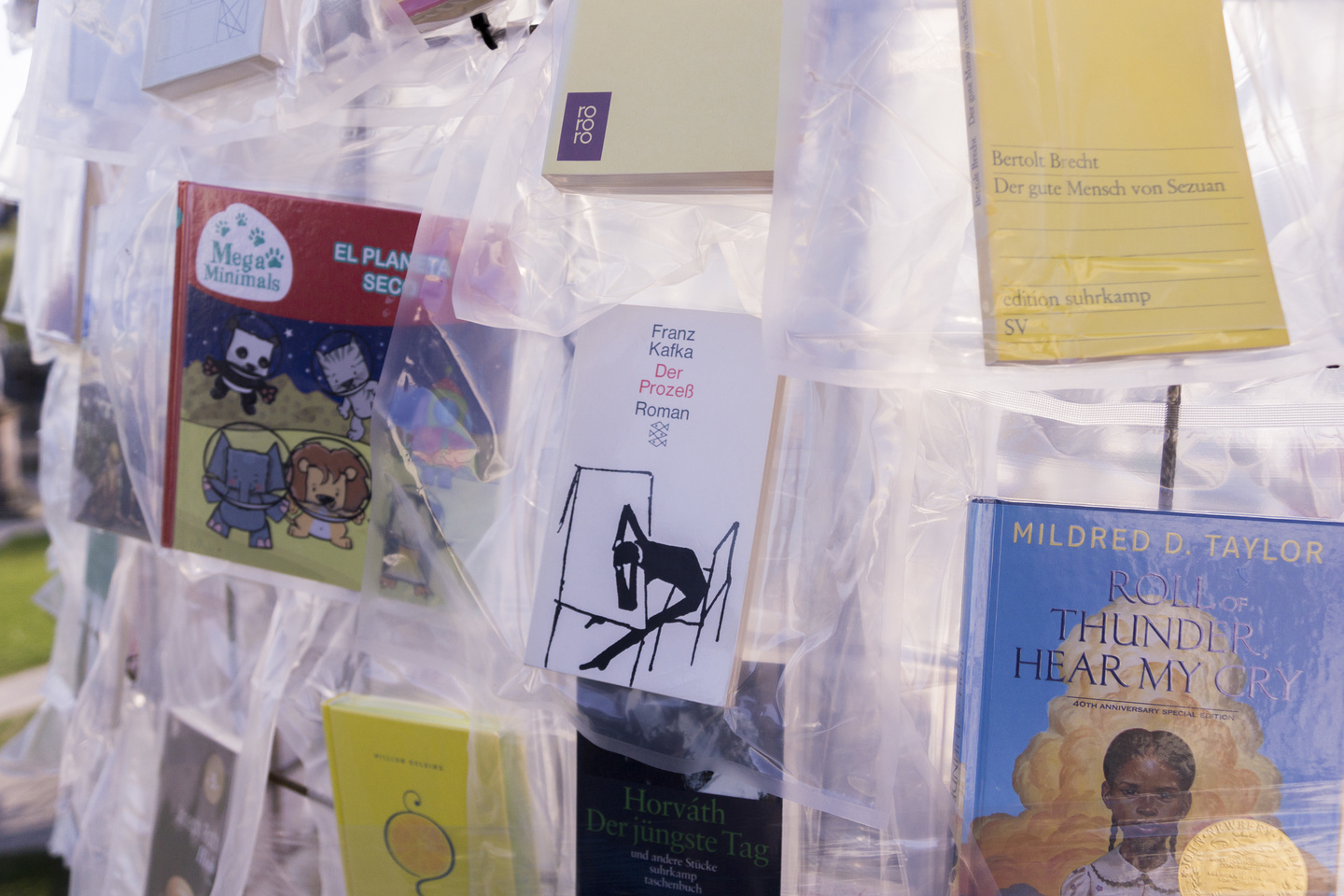 Minujin’s installation provides the perfect response to the Documenta 14 brief, which asked artists to explore the connection between its host cities, Kassel and Athens. Nonetheless, this isn’t the first time the Parthenon of Books has made a public appearance. The piece was first exhibited in Buenos Aires, Argentina, in 1983 — the same year the last dictatorship fell in Argentina. In a bold move, Minujin decided to open her Parthenon to the public just one week after democracy had been restored to the country. To make things even more poetic, the structure was eventually toppled over, allowing the public to reclaim the books they donated and, metaphorically speaking, take back the power of knowledge. 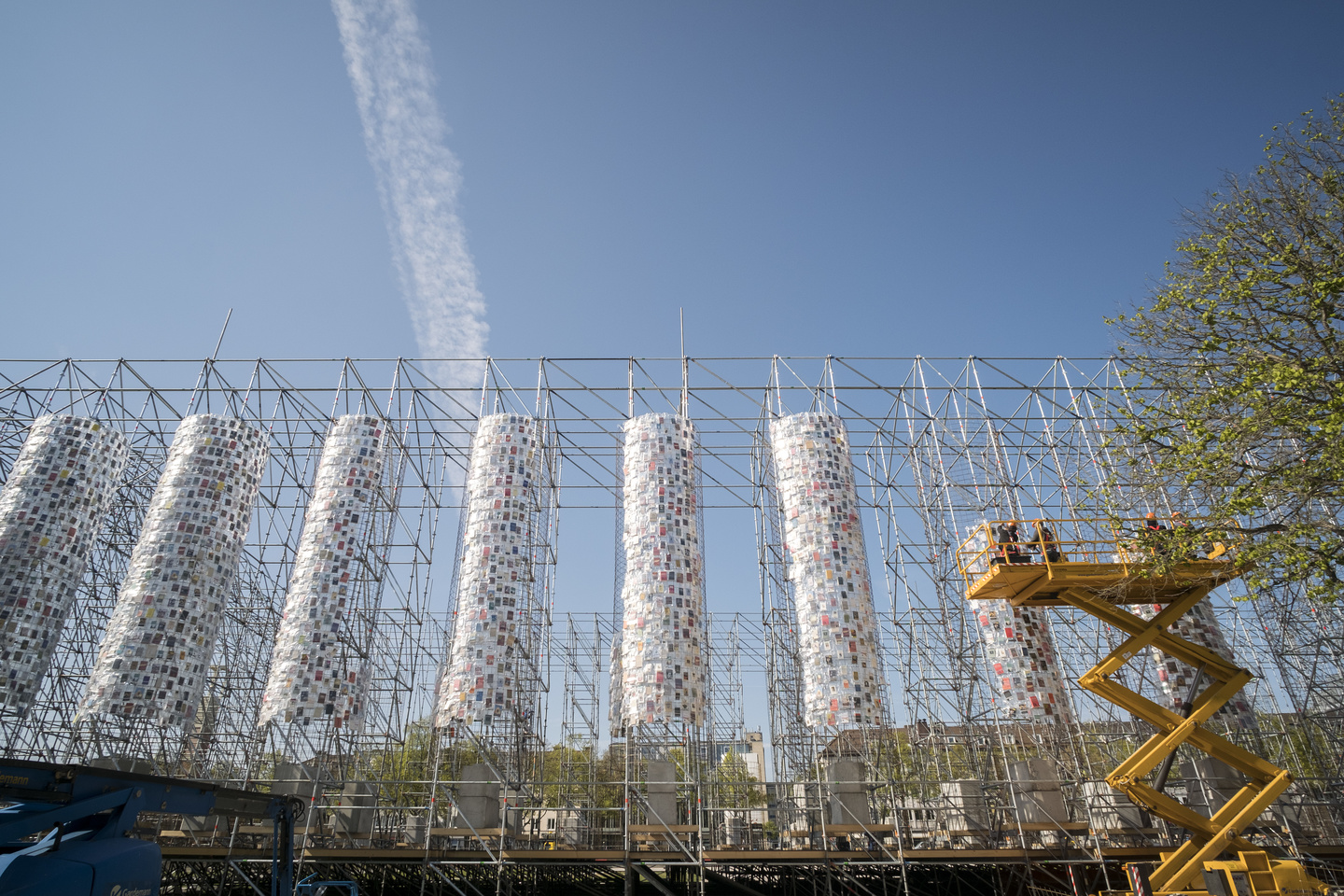 The original Parthenon in Athens was itself a victim of religious and political appropriation, undergoing countless changes at the behest of different regimes. Following these haphazard reconstructions, “the deconsecrated Parthenon of the modern period became a symbol of democracy and of Western cultural supremacy,” according to Documenta 14’s statement on the iconic temple. Reflecting on these events, it makes sense that Minujin would use the Parthenon as the vehicle through which to explore the contemporary idea of democracy and address the issue of censorship. 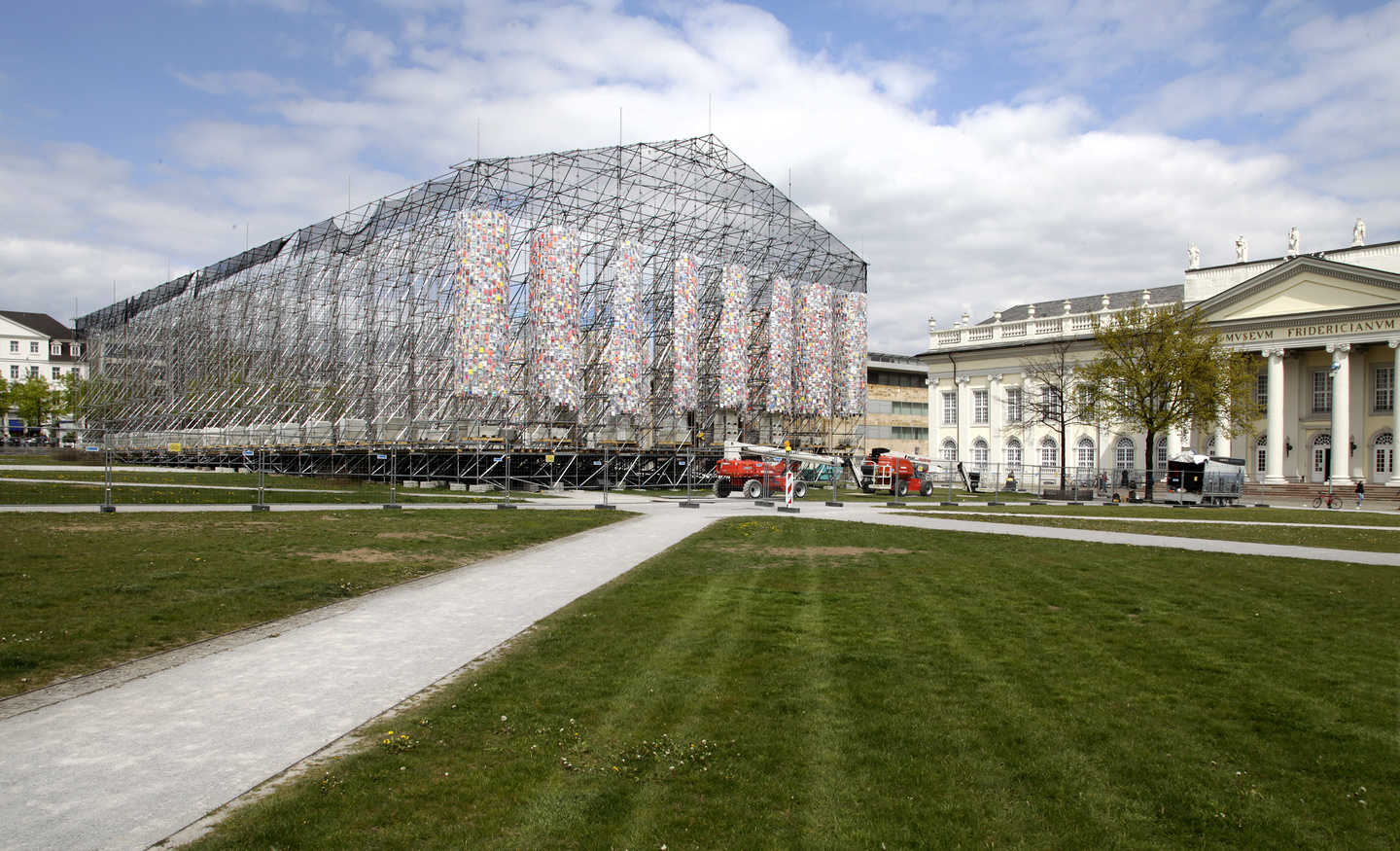 The installation is not only powerful in its ideology, but also in its form. The structure dominates the park and creates an interesting tension between lightness and heaviness, its massive size contrasting with its lightweight frame and the books themselves. The Parthenon of Books takes on an entirely different identity at night, when it’s illuminated from within and transformed into an almost pixelated version of itself. 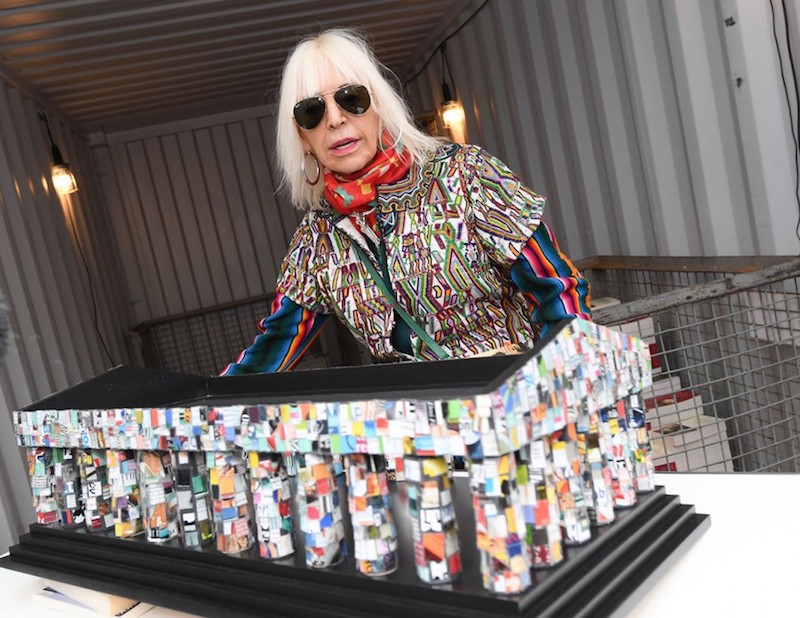 Minujin has long been an advocate of self-empowerment through reading, explaining: “Democracy without books is not democracy. So nobody has the right to forbid books, because that is to forbid ideas. So, that’s how I work. I am always inventing new things, and I cannot stop my imagination. I cannot stop. It works immediately. Every day I have a new idea. And sometimes it takes me 18 years, like with the Babel Tower of Books, of trying to do it, trying to get the sponsor, because it was so high, and so big, and I got together books from all over the world. The people went up seven floors surrounded by books from all over the world.”