Sometimes art is so conceptually monumental it requires a canvas that goes beyond the traditional mediums – a setting so dramatic it becomes a part of the earth itself. Land art is one such form, where large-scale installations are made directly from elements in the surrounding landscape.

While some forms of land art are more permanent, others are fleeting, but the movement itself isn’t going anywhere anytime soon. It’s as popular as ever among contemporary artists looking to make their mark on the natural world, and Simon Beck is one such artist. 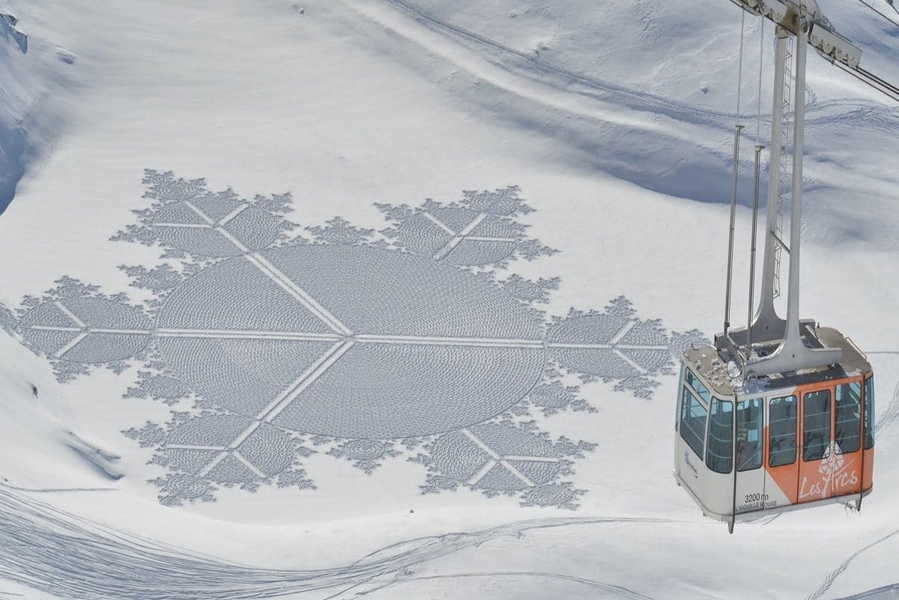 A cartographer by trade, Beck’s no stranger to mapmaking. Known for his impressive geometric snow art, he’s currently embarked on plotting much larger works in the mountains of France. 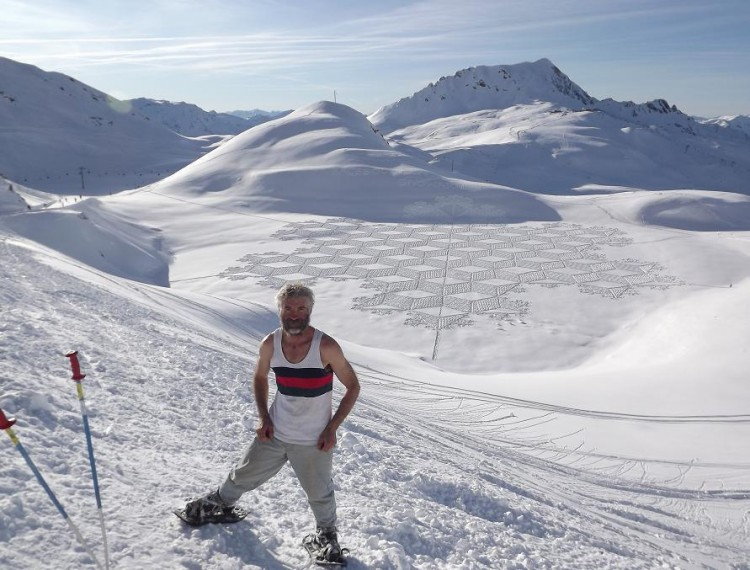 For over a decade, Beck, has created intricately beautiful artwork on otherwise-untouched snow, often walking for up to 12 hours a day to realize his complicated visions amid the wintry, sometimes inhospitable landscape. Carving a path with nothing but snowshoes and a ski pole, his works are the epitome of fleeting land art. Often disturbed by wind, weather, and human interaction, the geometric shapes can also look different when viewed in full sun versus partial shade, early morning versus twilight – but they’re best appreciated when viewed from above. 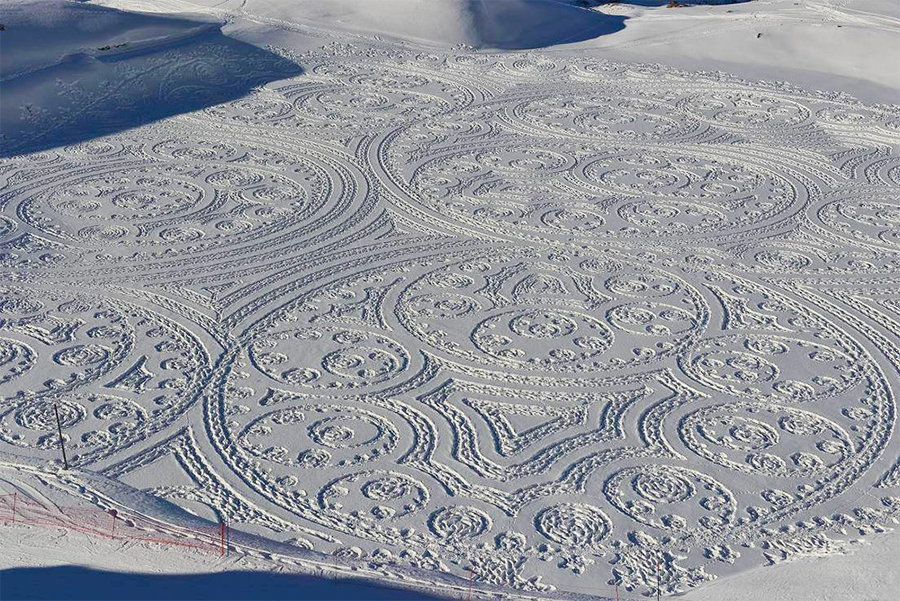 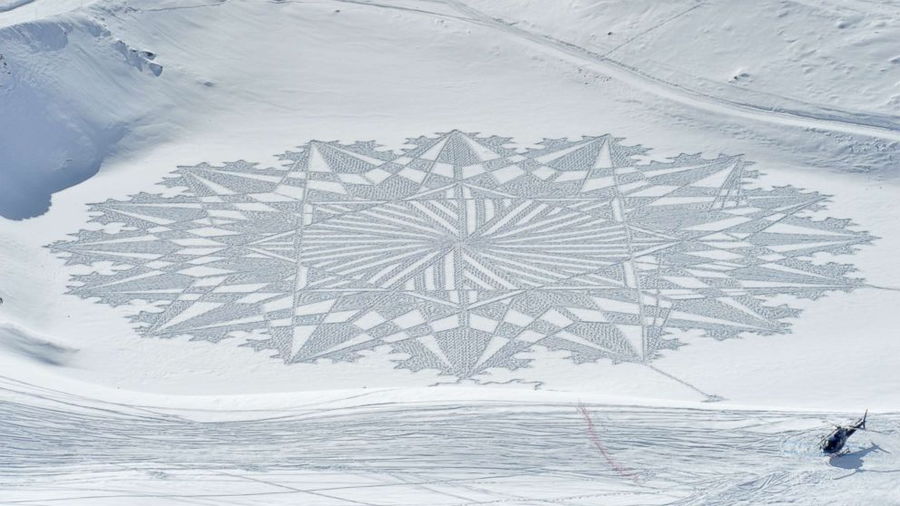 And the designs are certainly anything but random. Beck’s attention to detail and intricate planning is a testament to his cartography chops. Every step is planned out, and every piece is conceived on paper before he ever steps foot outdoors. Fittingly enough, the initial stages are plotted in map form (one millimeter on the page is equivalent to one step on the field). 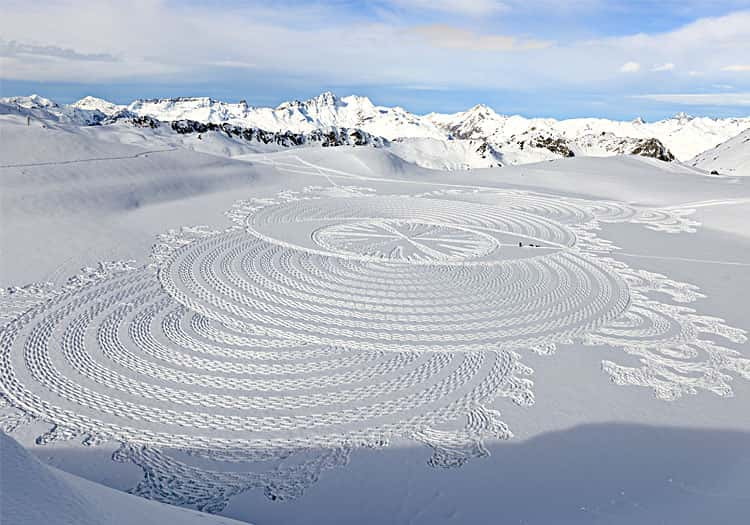 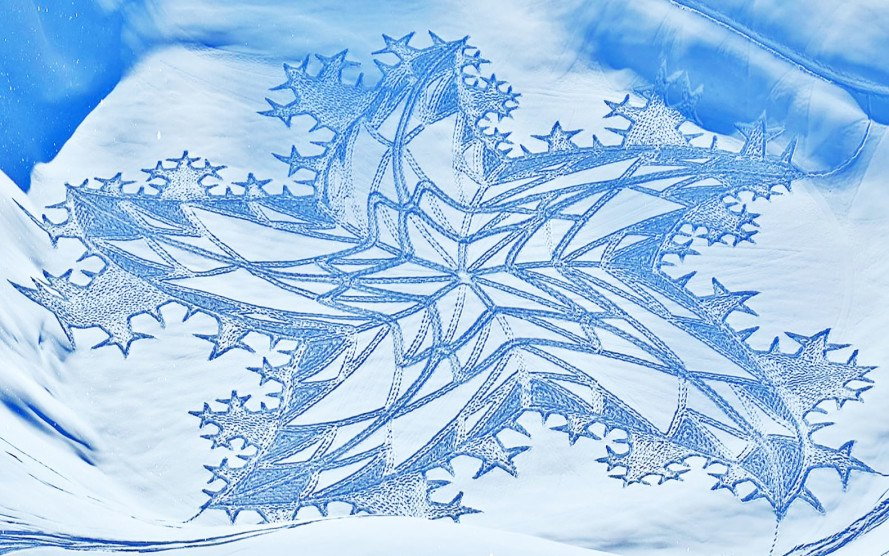 Once plotted, Beck heads out to football-sized areas of untouched land, where he spends hours bringing his vision to life across the snowy fields. But the results are anything but bleak. Sprawling, ambitious, and starkly beautiful, the intricate pieces are almost unsettling in their juxtaposition with their surroundings. It’s an almost uncanny effect, as if the world’s largest snowflakes have fallen back to Earth. 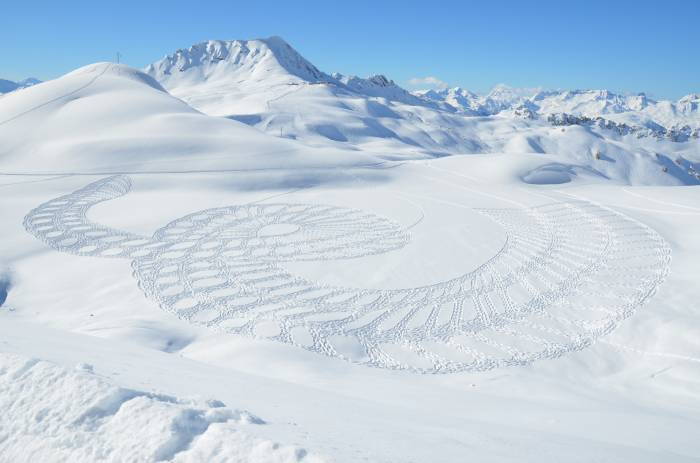 Though Beck’s dynamic land art was put on hold over the past couple of years due to COVID-19 restrictions, he’s back at it now, working hard to create geometric gems that transform snowscapes into magically imaginative works of art.