What is the Mobile Rig? 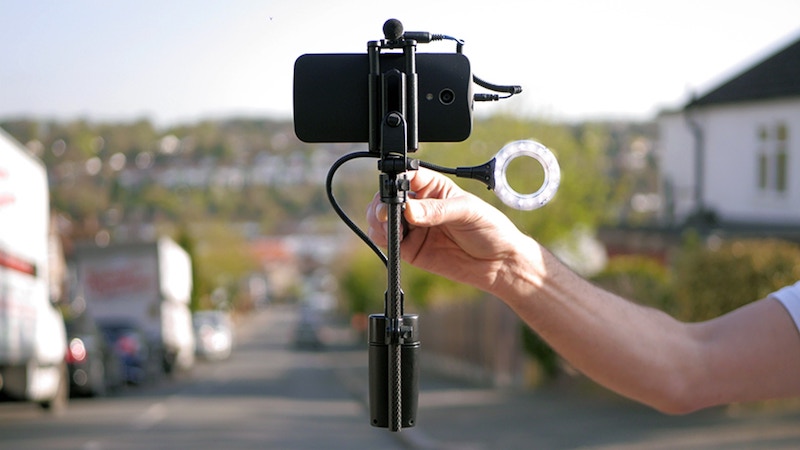 The Mobile Rig is a nifty device that works in conjunction with your smartphone camera to help you produce some stunning creative shots seamlessly and professionally, even if you have almost no user experience. Eradicating the need for bulky equipment, the Mobile Rig is a lightweight and portable all-in-one setup, meaning you can carry it with you on your travels and whip it out whenever inspiration ignites that little lightbulb in your head!

Stuff Magazine has hailed the Mobile Rig as “a modular smartphone gimbal for life. More than a one-trick balance stick.”

The Mobile Rig comes with interchangeable lights, microphones, and a slew of other accessories guaranteed to transform your phone into a mobile studio. The rig’s integrated USB light comes with five settings, allowing you to control the color temperature and eliminate the distracting grain that sometimes shows up in low light! Plus, the light’s flexi-cable design gives you far more control than a standard fixed-position fixture, providing you the freedom to capture those especially powerful moments.

The mic reduces any unwanted sounds that your smartphone might pick up on, erasing the noise of windy turbulence, busy streets, etc. The Mobile Rig’s adjustable magnetic gimbal allows you to stabilize the camera and reliably focus on whatever you’re filming to achieve that million-dollar shot! For a controlled action shot, simply tighten the gimbal, or loosen it up for those smoother cinematic moments.

An adjustable handle makes for a more natural grip and gives you the freedom to move, while an integrated wireless trigger makes getting started quicker than ever, so you won’t miss a single second of the action! The smartphone mount also allows you to switch seamlessly between portrait, landscape, and selfie modes. To top it all off, the Mobile Rig comes complete with an integrated tabletop tripod so you can set up your shoot without ever having to hold the device, freeing your hands up to adjust your settings and position your lighting.

Who Are the Geniuses Behind It? 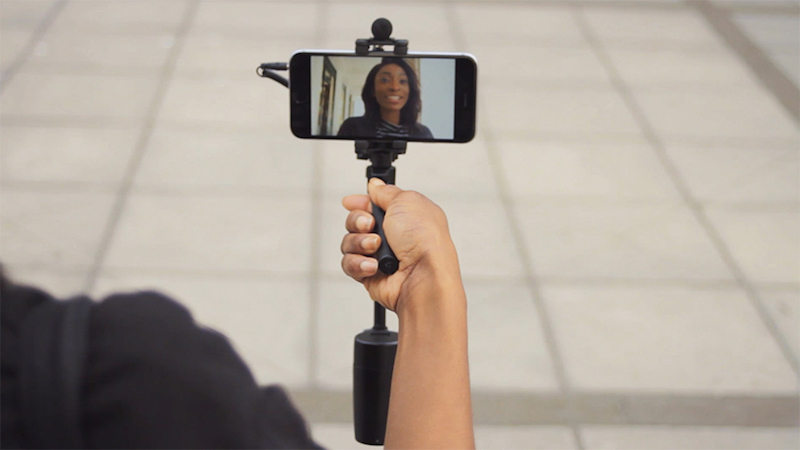 The Mobile Rig was developed by the same team behind the success of the original Kickstarter campaign for Smoovie. The group is entirely made up of experienced professionals, who are situated in both London and Hong Kong. Specializing in the creation of innovative, futuristic products, head product designer Alex Kalogroulis is the genius who led the Smoovie campaign to instant prosperity, and we expect equally great things from The Mobile Rig. Having worked on previous ingenious projects including sea scooters, electric bikes, and smart-touch kitchen gadgets, it’s safe to say that Alex has a pretty good reputation in his industry.

Utilizing feedback and creative criticism from the Kickstarter community, Alex has further simplified the setup and usability of the gimbal technology incorporated into the Mobile Rig, making the versatile device even easier to use!

How Can I Get My Hands on One? 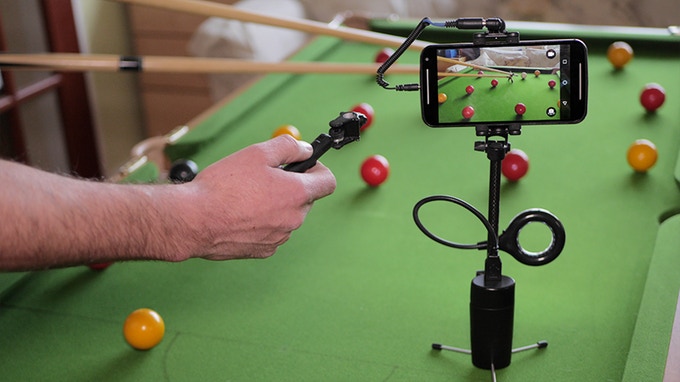 Simply head over to the Mobile Rig’s Kickstarter page and preorder your device to get yours the moment they officially launch!