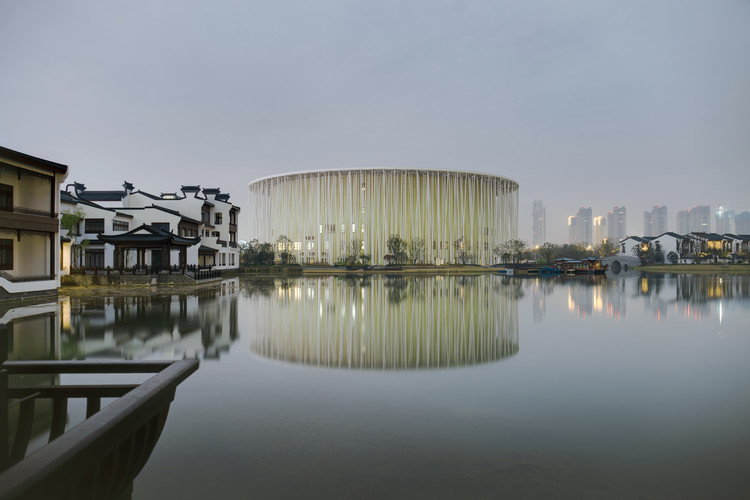 Steven Chilton, leader of London’s world-renowned Steven Chilton Architects, was inspired by the Sea of Bamboo national park in nearby Yixing, the largest bamboo rainforest in China, in his design concept for the theater. 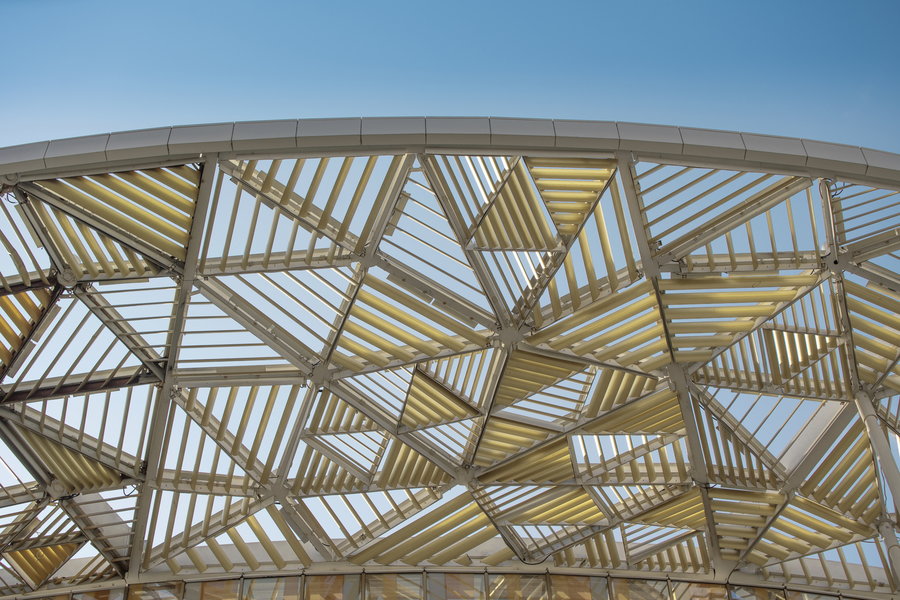 Representing an abstract impression of a bamboo forest, Chilton wanted to replicate the feeling of the forest to his audiences experienced as they witnessed the magnificent water show. He explains that he “[hopes] the audience found a connection with the architecture that resonates with them emotionally. Wandering through the Sea of Bamboo forest on the edge of Wuxi will be a common memory for many visitors, and we hope the experience of visiting the theater will [also] prove to be evocative and meaningful.”

Bringing the Elements Together

The circular theater is over 104 feet tall and made up of three key components: the columns, the shade canopy, and the building envelope. The columns are further abstract representations of the bamboo forest, each one painstakingly positioned around the perimeter of the structure to create a screen between the building facades and adjacent landscape. 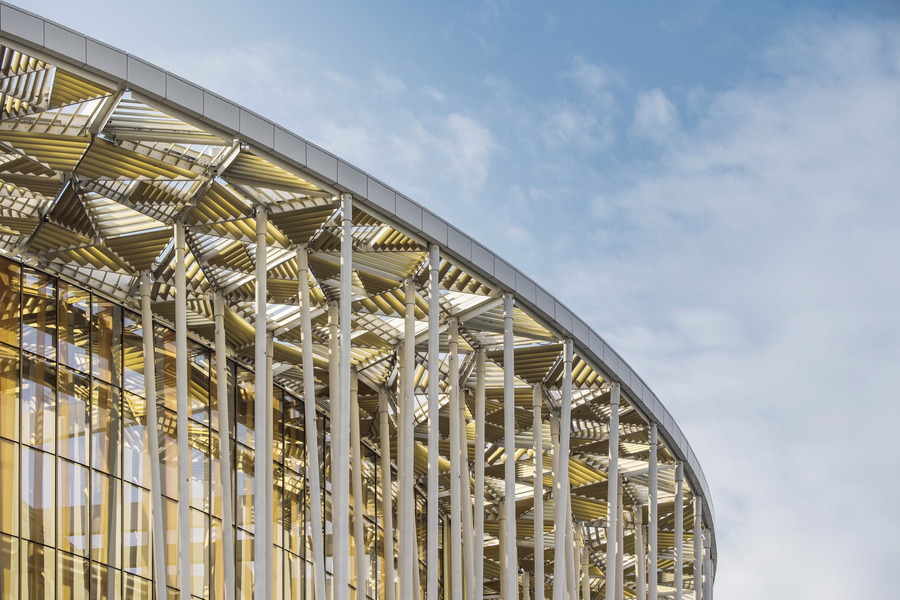 The columns are topped with an awning of leaves to complete their transformation into forest trees, running around the whole of the building at roof level. This canopy consists of an assortment of triangular bays holding rows of gold-anodized aluminum louvers. The slats are arbitrarily arranged to create a natural pattern of light and shade that dances around the building throughout the day. Each cove of louvers is also positioned at different perspectives to amplify the the illusion of their being a real-life canopy. Every bay of slats is held up by a triangular lattice configuration that supports the tops of the columns and shifts their load onto the main structure of the building.

The shade canopy and columns also serve the eco-friendly purpose of casting a gentle shadow over the building that inertly lowers the structure’s cooling load. 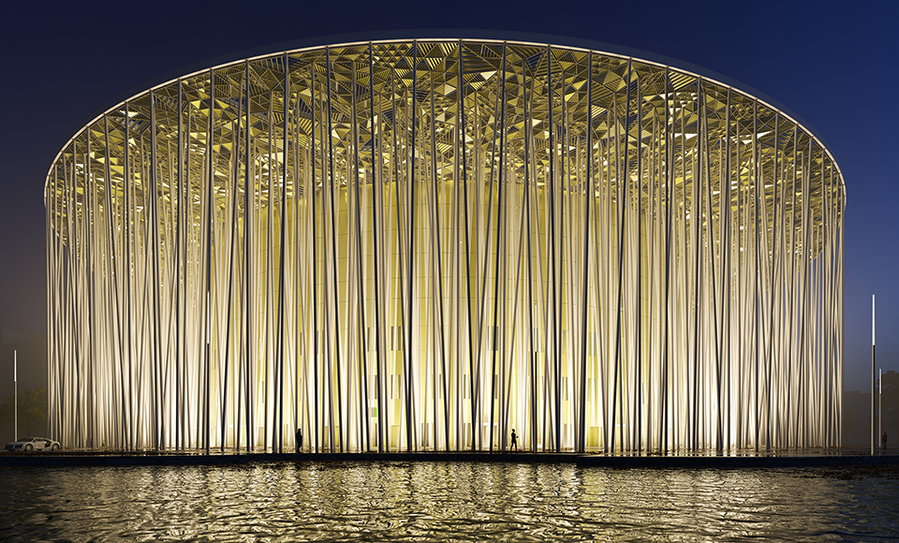 The building envelope is chiefly made up of painted block-work and curtain wall glazing. This glazing extends the total height of the building in and above the entrance hall to afford the greatest all-around views of nearby public areas. White and gold stripes on the envelope lightly illuminate the theater’s full length at night, bringing an added air of magic to the already-spellbinding forest of columns.

The 2000-seat Wuxi Taihu Show Theatre opened on December 22nd, 2019 and is expected to keep showcasing Dragone’s water show for the indefinite future.