When the Chinese Entrepreneur Forum (CEF) decided it was time to have a meeting place dedicated to their ever-expanding efforts and influences, they hired MAD Architects, led by renowned innovator Ma Yansong, to get it done. They first met in 2017 and agreed that the center not only had to be an architectural sensation, but that it also had to embody the group’s grand ambitions and unflappable entrepreneurial spirit. Construction began in 2018, and the project is currently scheduled to be unveiled in 2020. 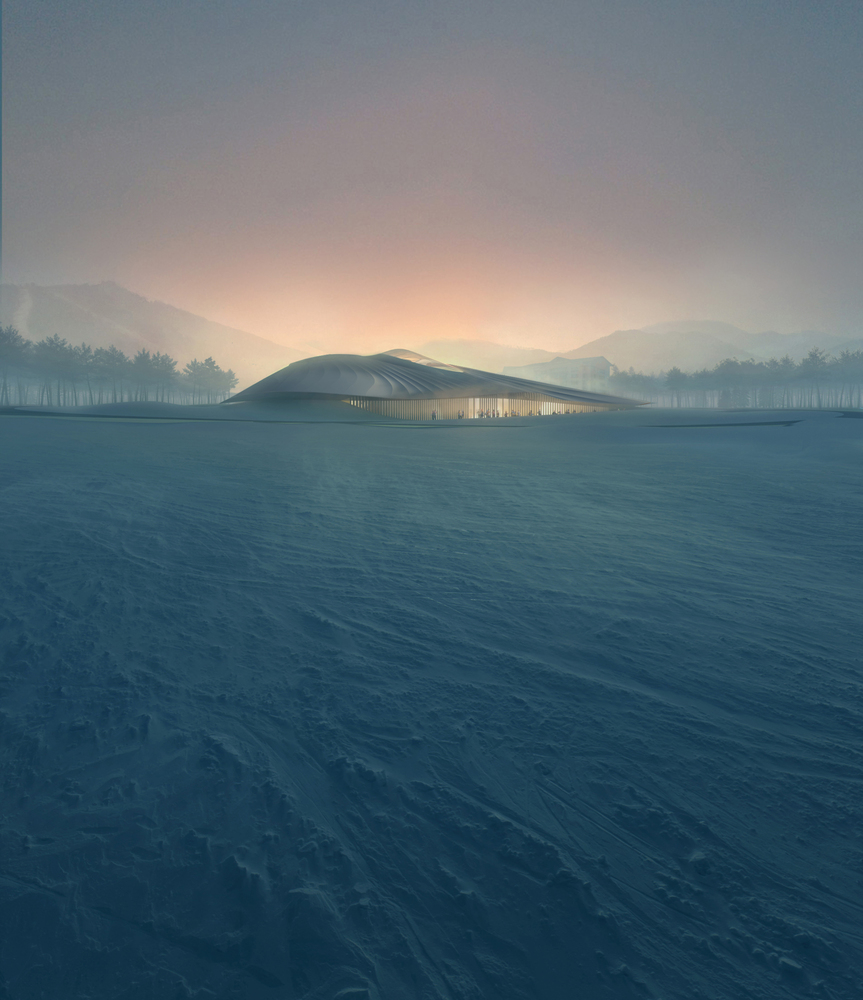 Continue reading below
Our Featured Videos
The CEF chose MAD for their highly touted project based on their reputation for creating highly imaginative, award-winning designs that pushed the limits of possibility. MAD’s impressive portfolio overflows with remarkable projects, reflecting visions for the future in both building technology and unique forms. Some of MAD’s most famous undulating creations include an orb-like apartment block in Paris, a George Lucas-founded museum that resembles a spaceship, and an opera house in northeast China that evokes the feeling of being on the deck of a massive interstellar vessel. 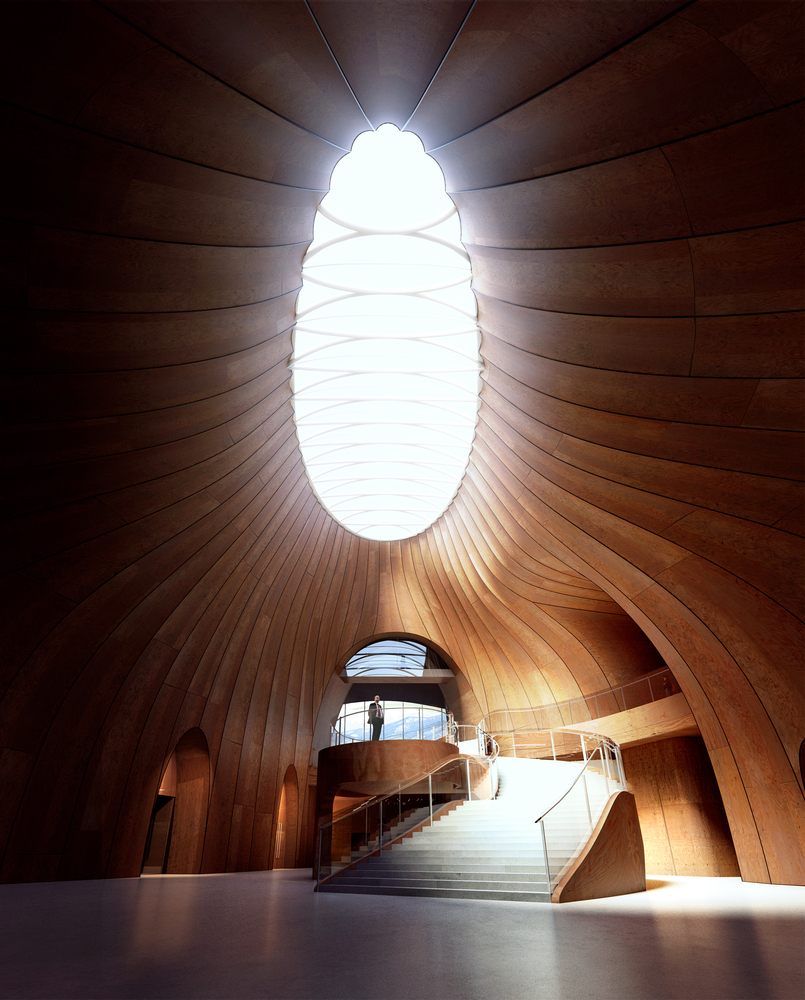 After meeting with MAD, CEF’s 74 members decided to build their conference center on the rocky terrain of the Yabuli Mountains in Northeastern China — the snow-covered region where they’ve been hosting their annual meetings for years. It was also agreed that the project’s design would reflect the dramatic natural landscape surrounding the site, and that the structure itself would be situated along the axis of a mountain.

In addition to a library, standard studios, and conference rooms of all sizes, the 174,354-square-foot, four-story Yabuli Conference Center will boast an impressive 1,000-seat auditorium, along with a more intimate 350-seat venue. The sleek exterior rises only 79 feet, creating an exotic oyster image against the majestic mountaintops: softly rounded, snow-white, and dramatically unobtrusive.
A huge skylight beams down on the central entrance hall, which itself separates assorted conference rooms. The skylight symbolizes the brilliant minds that share bright stimulating ideas during lectures and conferences. Guests can enter the conference center at either the ground level or the first floor, both of which blend the insightful interior design with the stark beauty of the surrounding snow-kissed mountains. 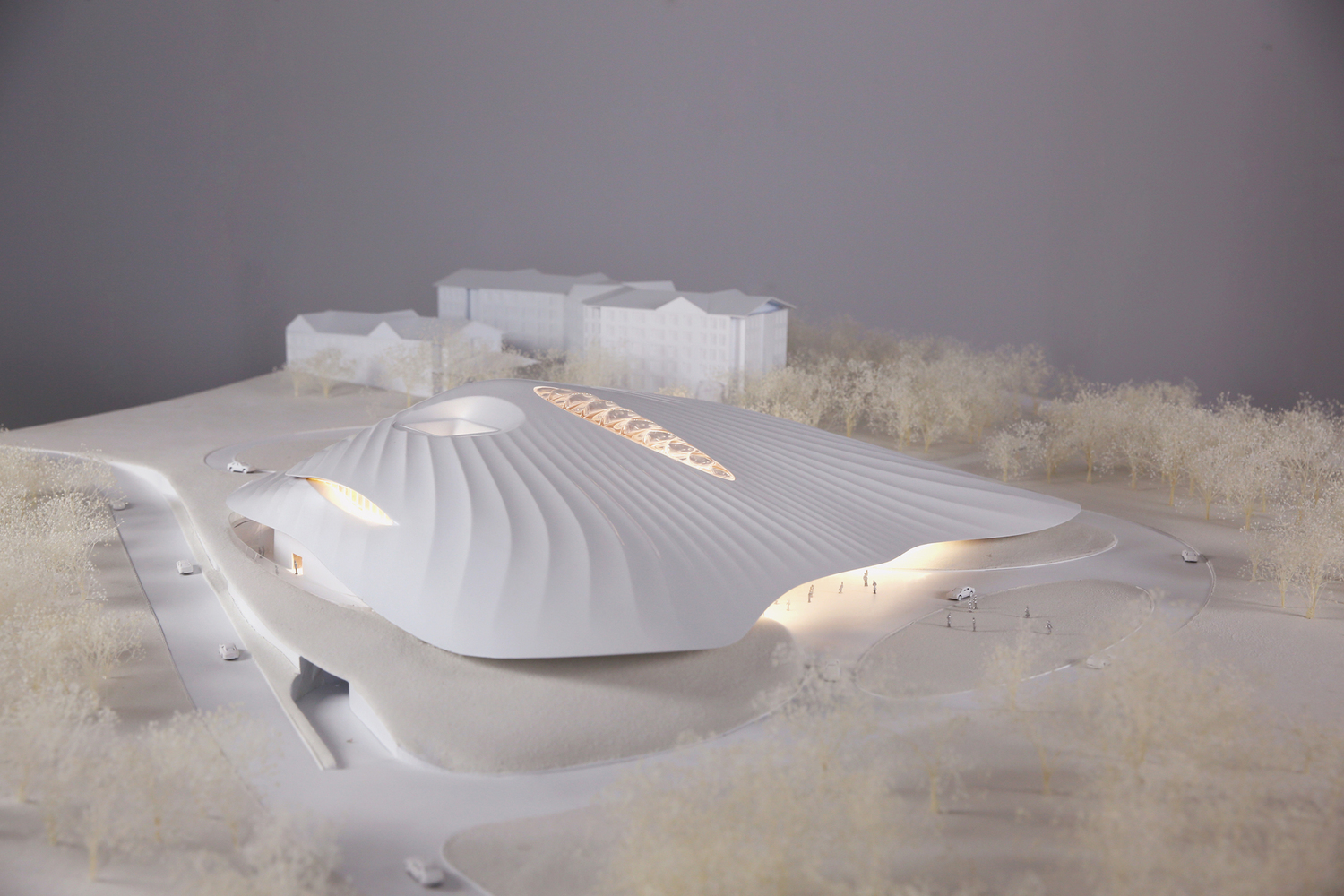 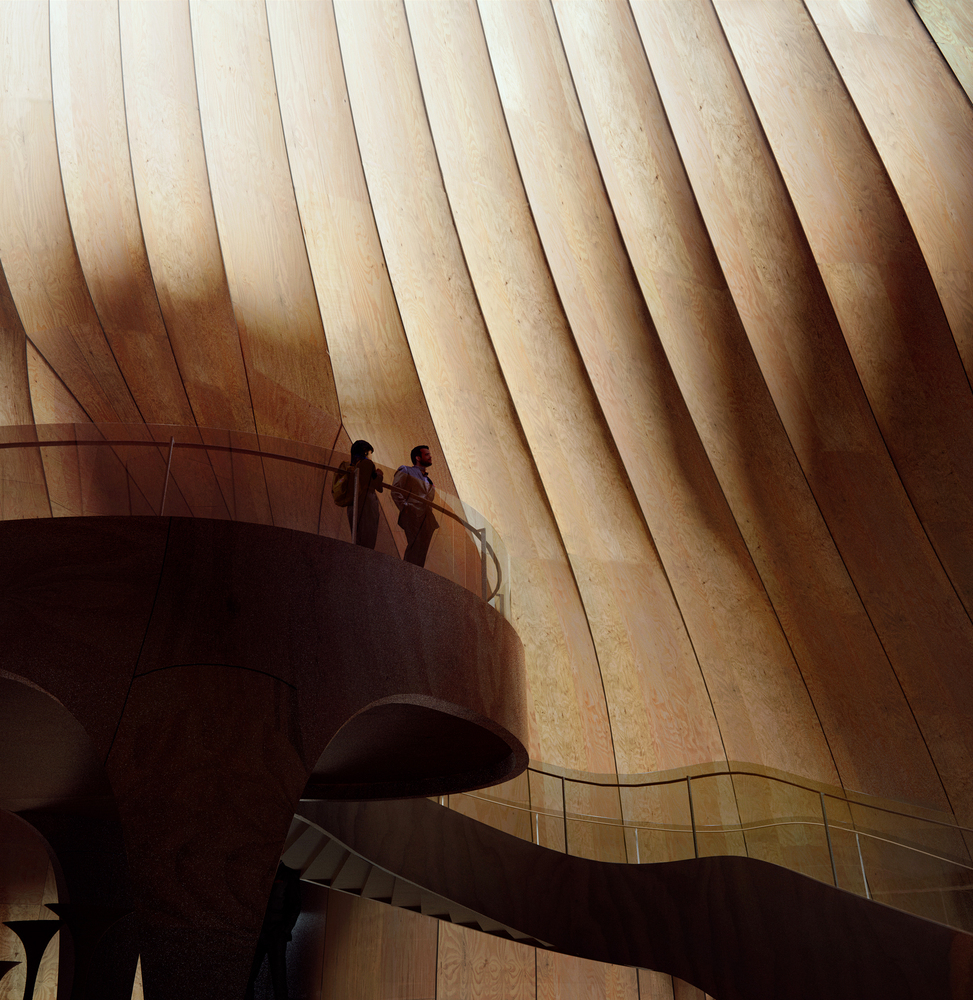 Unique specially crafted windows have been strategically placed on all floors so visitors can gaze out on endless panoramic views of the contiguous natural vistas around them.
The interior architecture of the Yabuli Conference Center rivals the exterior façade in terms of both imagination and creativity. The walls are symmetrically sculpted and effortlessly follow the flowing lines of the building’s exterior. The soft shades of ivory that dominate the interior create a calm, tranquil ambiance, while the winding, transparent white stairways inspire clear thinking. Rich brown accents perfectly frame these boundless shades of pale. 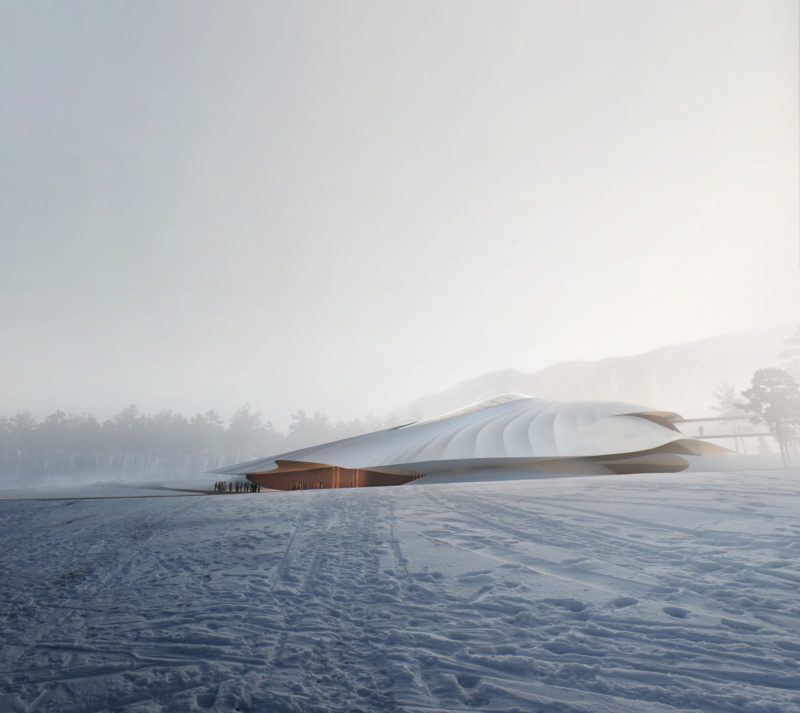 A spokesperson for MAD recently boasted: “While humble in its presence, it does not lose the dynamic atmosphere of northern China – integrated with the sky, the ground, the snow, the forest, and the mountains.”