Dinosaurs are already among the most popular attractions at the Paris Jardin des Plantes, France’s biggest botanical garden. The Paris Natural History Museum is set within the garden and contains a gallery of dinosaur skeletons in the Hall of Evolution, alongside giant birds, insects, and a gallery of mineralogy containing 600,000 minerals, giant crystals, and precious stones. 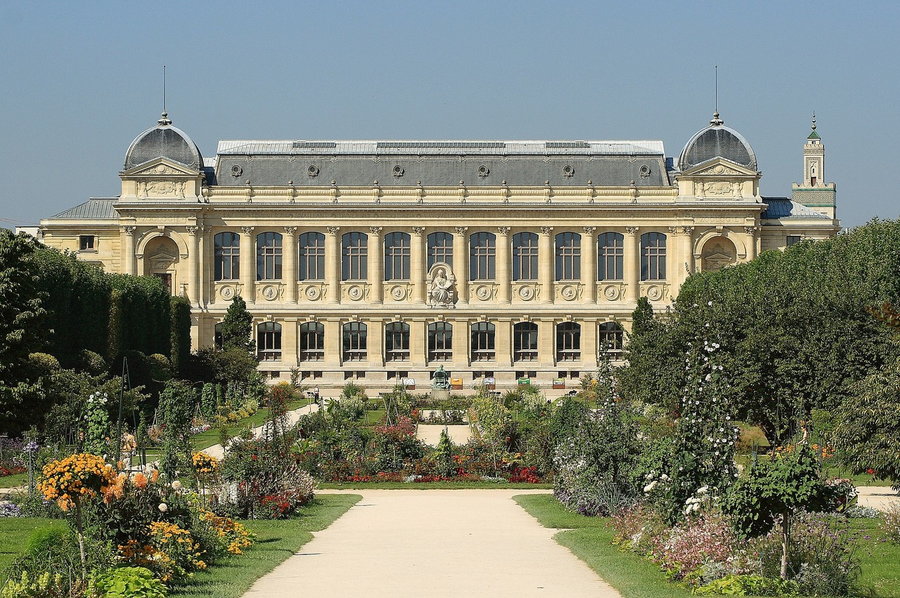 This year, the prehistoric theme has been drawn outdoors among the plants for “Evolution on a Path to Enlightenment,” a gorgeous illuminated exhibition filled with ghostly hand-painted silk sculptures made by Sichuan-based company China Lights. Some of these creatures tower several meters into the air, gently billowing in the wind so they almost seem to be alive.

A Spectacular Voyage Through Time 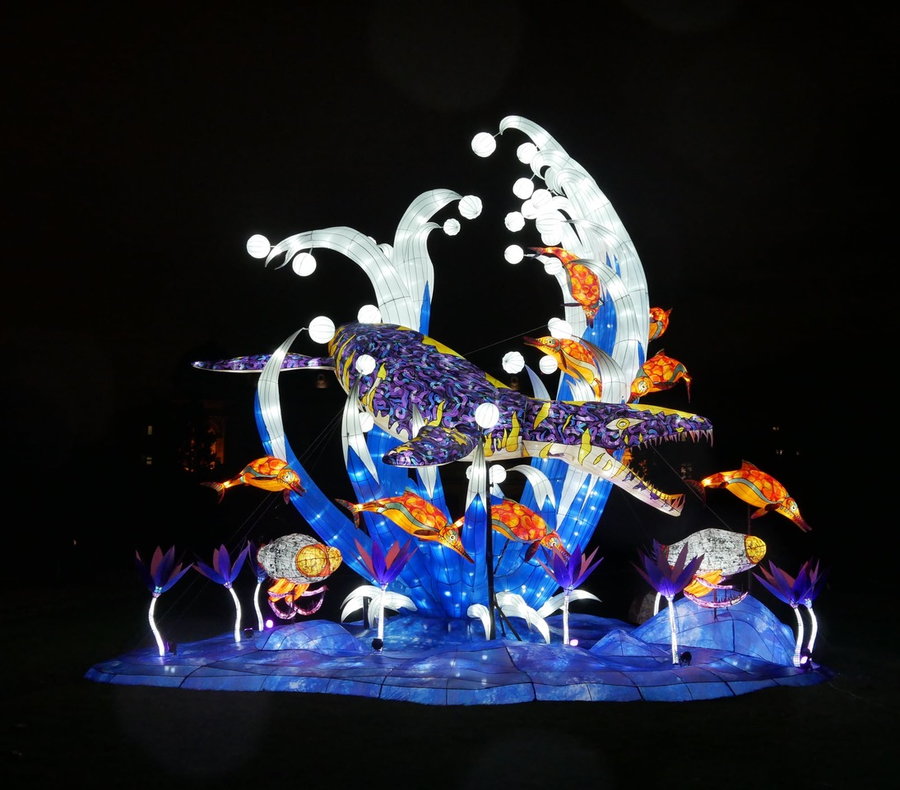 The installation follows the evolution of biodiversity through the ages, created through the research and reconstruction work of the museum’s paleontologists. Over a hundred luminous structures represent the many species that have inhabited the Earth over the last 600 million years, including not just dinosaurs, but also lesser-known creatures that went extinct long ago. 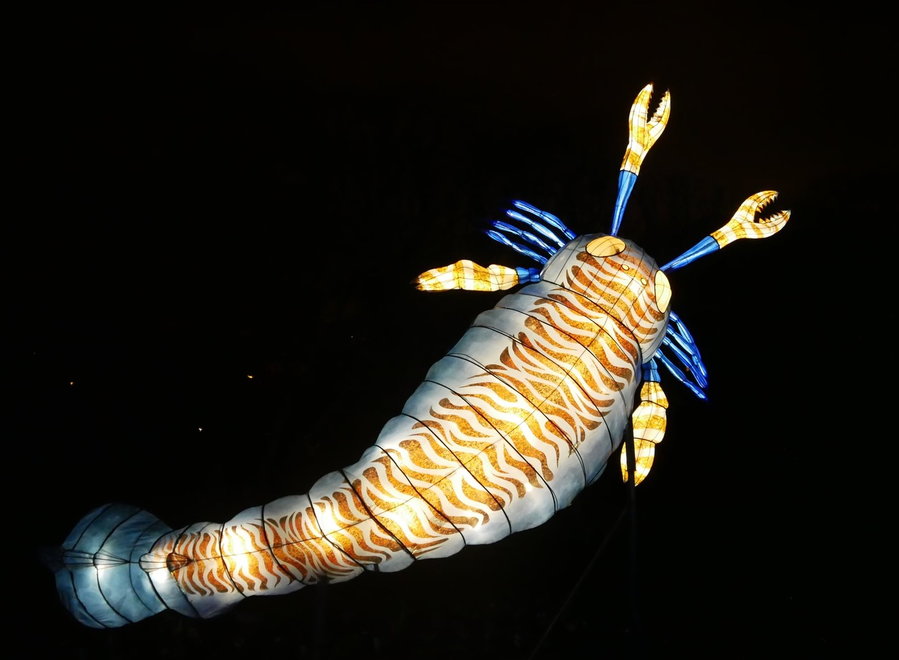 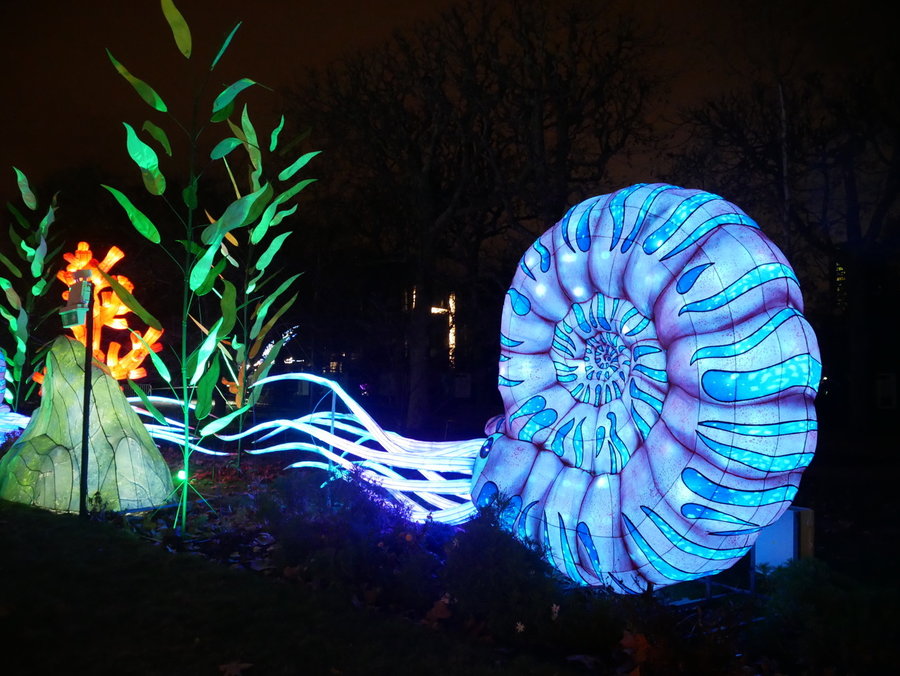 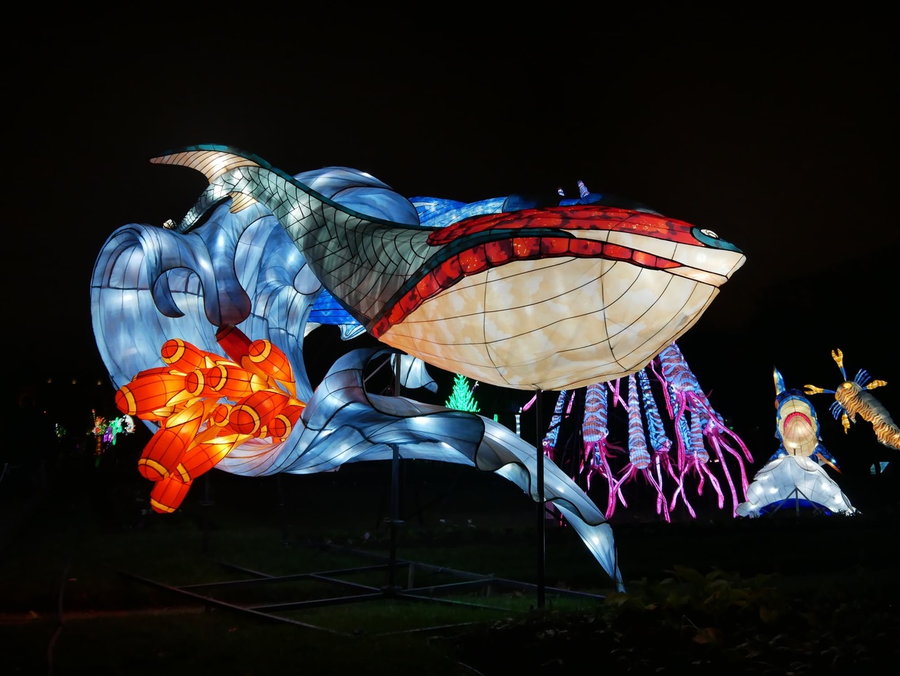 The journey starts from Place Valhubert with the Origins of Life (3,700 to 490 millions years ago) during the Precambrian and Cambrian times, and moves into the Primary Era (490 to 250 million years ago) and Paleozoic times when organisms first started to adapt to the terrestrial environment. Then comes the Secondary Era (250 to 66 million years ago) in Mesozoic times when dinosaurs appeared. Finally, the Tertiary Era (66 million years ago to the present time) presents the Cenozoic era, in which many of these animals became extinct and mammals came to dominate the planet. 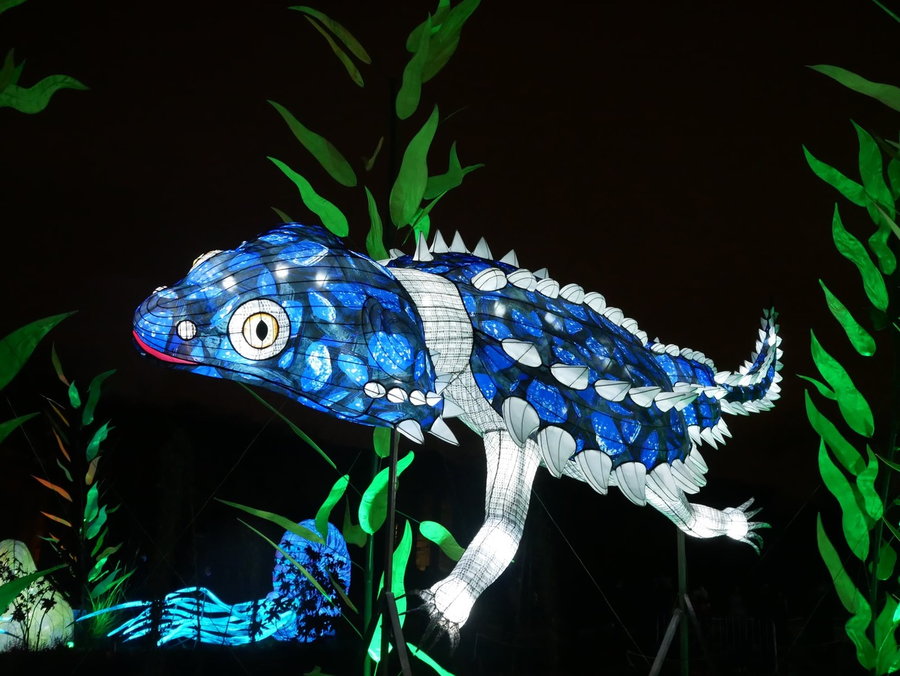 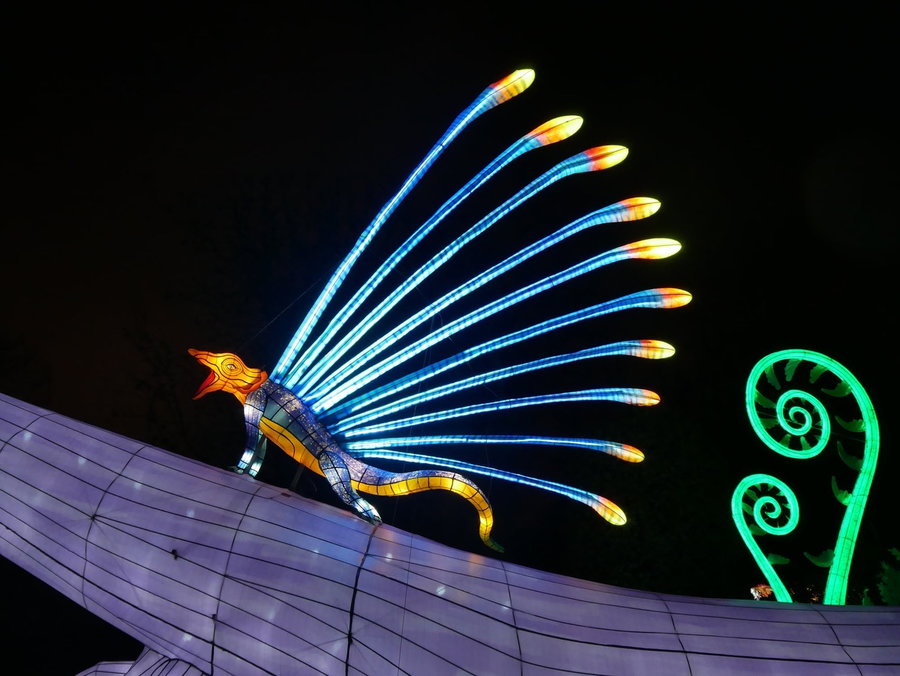 The inflatables are pretty noteworthy in their own right for the artistry that went into them. Lit from within, each one dazzles against the dark backdrop of the nighttime gardens. Naturally, an enormous T-rex with wide-open jaws is the star of the show, but even the delicate invertebrates are strikingly beautiful. It would be fun to take in this artistic display at dusk after spending the afternoon looking at all the skeletons and fossils inside the museum. 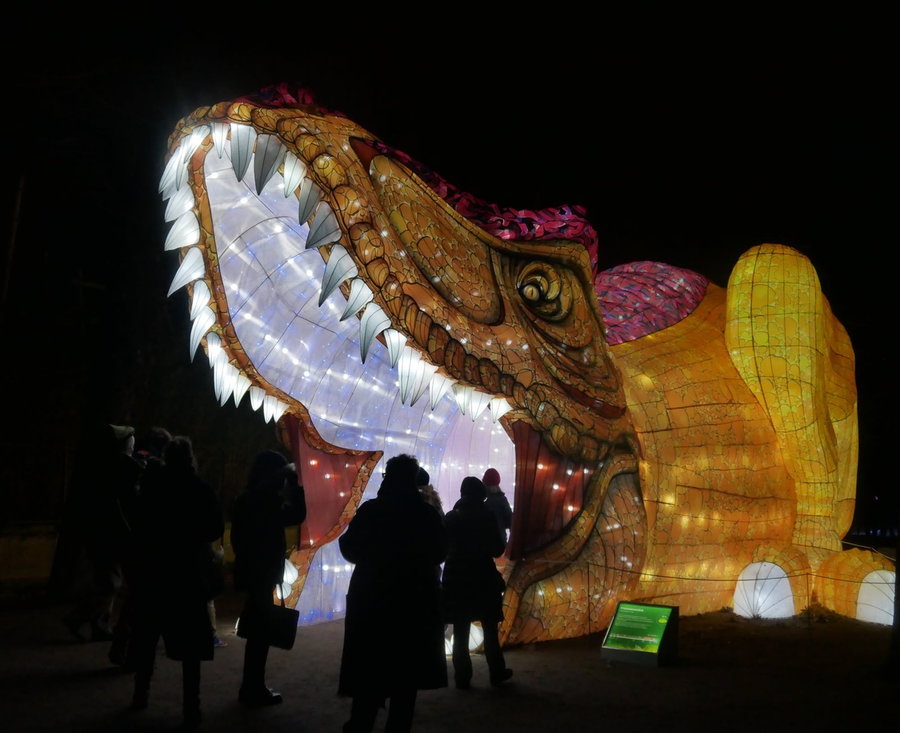 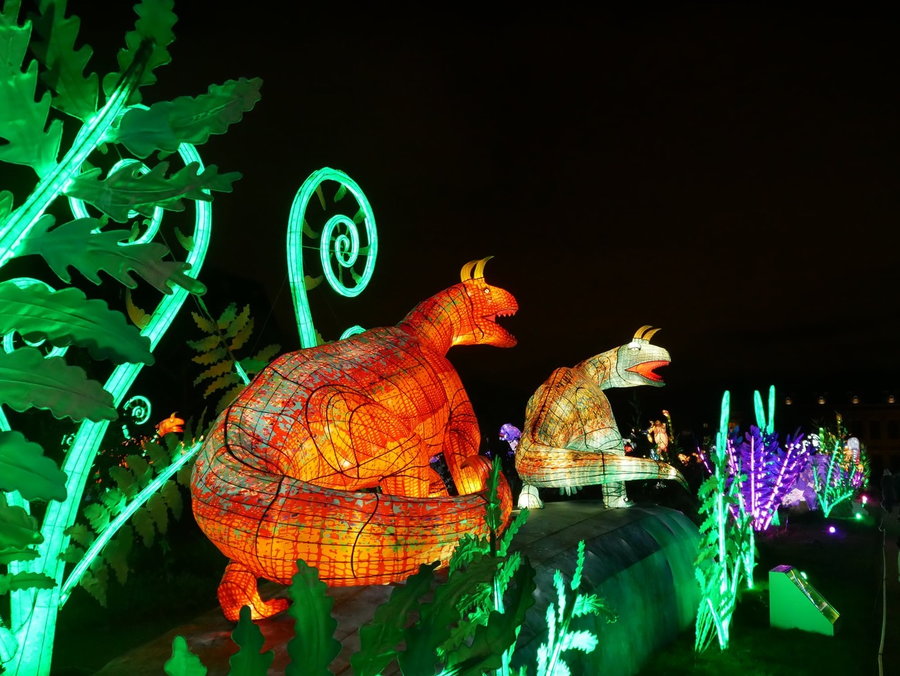 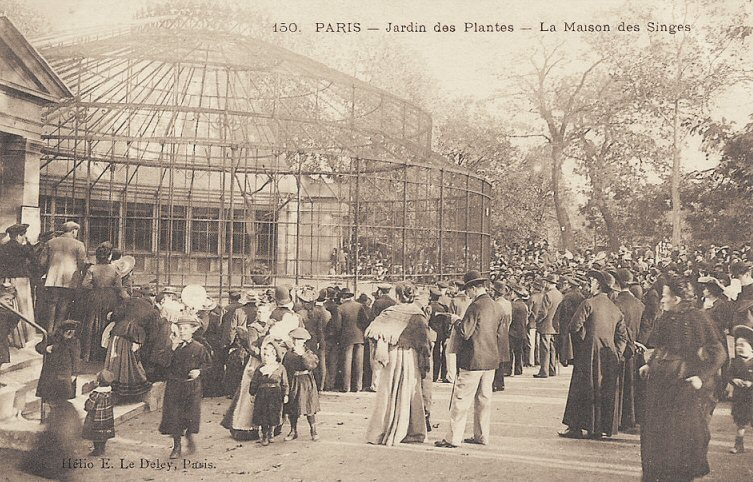 If you’re not familiar with the Jardin des Plantes, you’re going to want to add it to your dream tour of Paris. Founded in 1626 as a royal garden of medicinal plants, it opened to the public in 1650 and became associated with scientific study of botany and zoology in the late 1700s. It covers over 68 acres and houses 6 greenhouses for display and 22 for research, along with 23,500 species of plants like bromeliads, orchids, ferns, aroids, alpine plants, confers, cacti, grasses, and more. 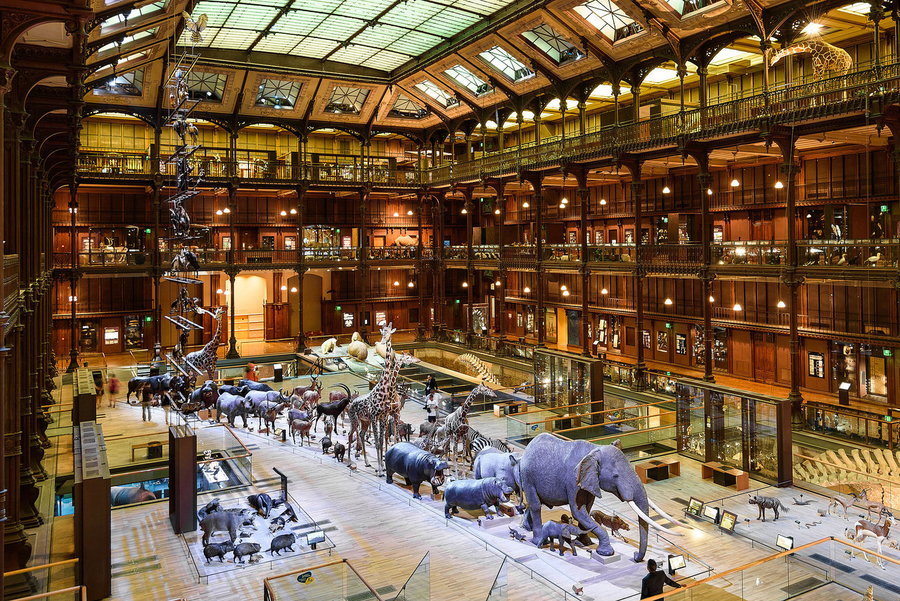 There’s also a zoo on site with Art Deco buildings like the Vivarium, Monkey House, and Big Cat House. One of the oldest zoos in the world, second only to Tiergarten Schönbrunn in Vienna, Austria, The Ménagerie opened in 1794 and still hosts many animals. The most popular is Nénette the orangutan.