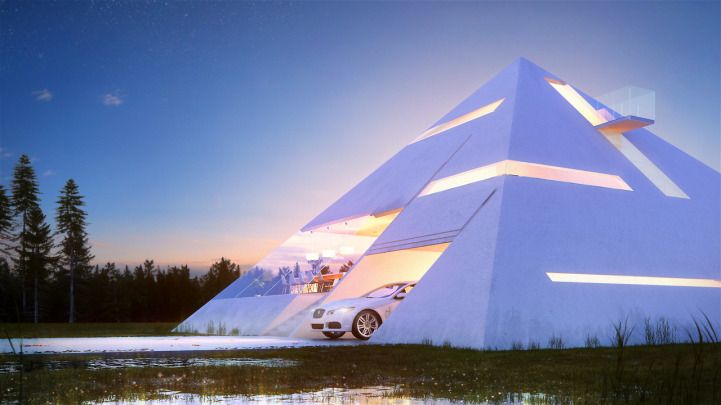 Dramatic, monolithic and surprisingly livable, this three-story pyramid-shaped house is a modern twist on an ancient architectural icon. Mexican architect Juan Carlos Ramos flips the script on standard residential typologies, which tend to prioritize fitting the largest possible living space onto the smallest footprint of land. But perhaps someone who wants to live like a contemporary Pharaoh isn’t too concerned about saving space, and with one triangular facade entirely transparent, you probably need to live on a bit of land for privacy’s sake, anyway. 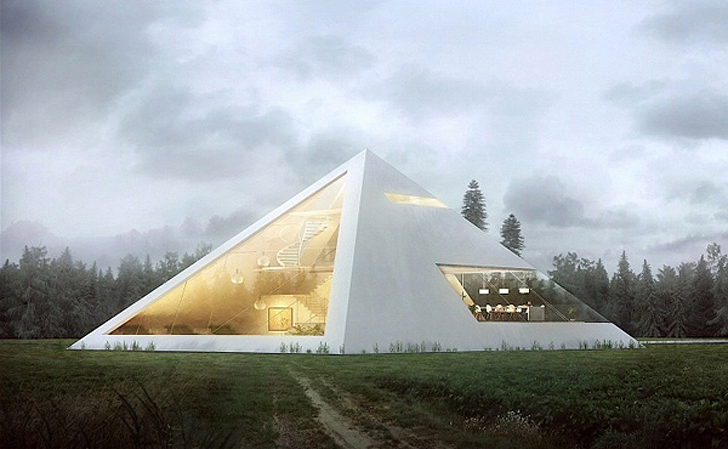 Inspired by both the ancient Egyptian pyramids and the pyramid-shaped structures of Mesoamerica, Ramos envisions a starkly geometric modern residence resembling an inhabitable sculpture. On the small side as far as luxury houses go, Pyramid House features a one-car garage, two bedrooms and a bathroom with a pool. There’s a cantilevered balcony and recording studio on the second floor, and the third level boasts a library. The maximum capacity of the home is 4 people. 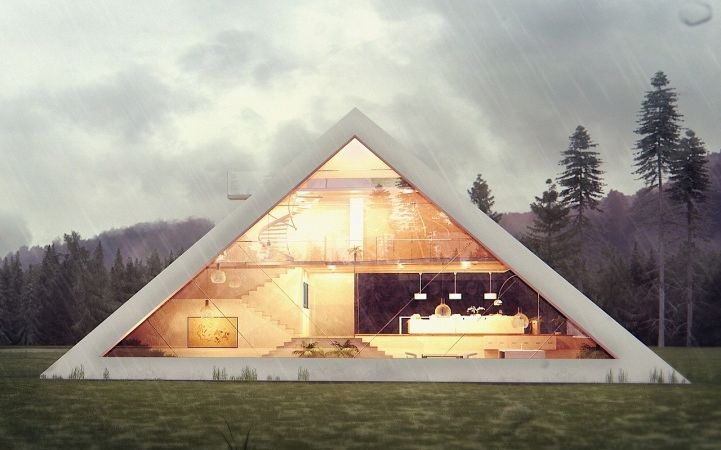 The shape itself actually isn’t too different from a traditional A-frame, leaning the front and back-facing facades inward to create a pointed roof. Of course, vertical walls are more practical when it comes to furnishings, but practicality is admittedly not the point here, says Ramos. “The pyramid house was created with the intention of improving the experience of living in a house as a reflection of the human being through the beauty of the architecture.”

Aesthetics may come first, but there are some practical aspects of the open-plan, glass-walled design, such as its ability to draw sunlight into every crack and cranny of the house.  It’s certainly no monument for the ages, but Pyramid House is still a cool twist on modern residential architecture that could add some visual interest to row after row of square and rectangular structures. Would you live in it given the chance?