For most of human history, all the light we had came from the sun, moon, stars, and fire. Over time, humans learned to use fats and waxes to create torches, candles, and lamps, making that light portable. As early as 500 BC, the streets of China were illuminated thanks to bamboo pipes transmitting natural gas, centuries before the rest of the world “discovered” this possibility. The 19th century brought such innovations as arc lights, the first electric lamp, and the first incandescent light bulbs, and since then, we’ve been illuminating almost the entire planet artificially. 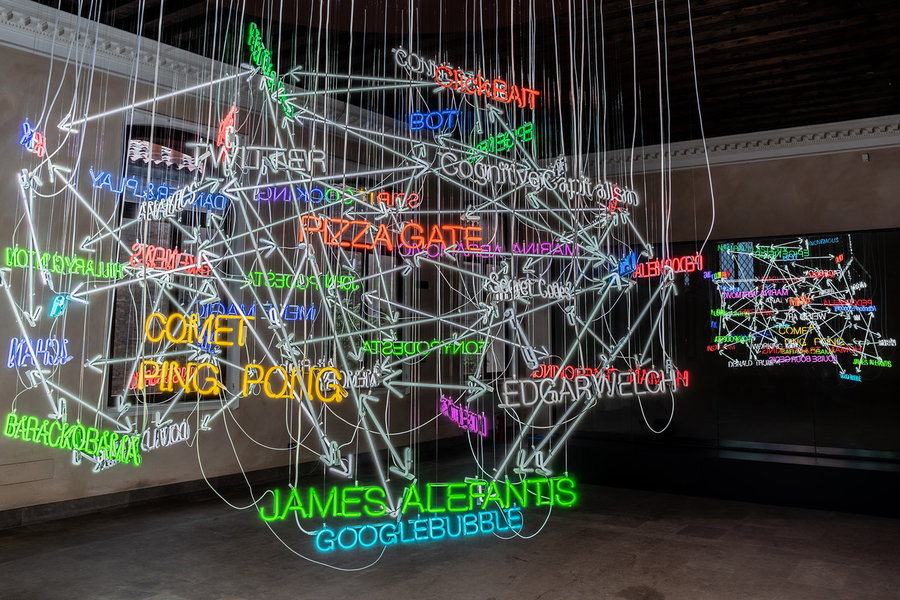 For us, that has mostly been a good thing, but the convenience has come with a lot of downsides — especially for other species. A new exhibition at the Kunstmuseum Wolfsburg in Germany examines our fascination with artificial light and the negative effects associated with its permanent and excessive use. Entitled “Power! Light!,” the exhibition features over 80 works of light art by 60 internationally renowned artists, each one offering enlightenment about issues like light pollution, environmental side effects, and even the ways in which light can be used politically.

Curators Andreas Beitin and Holger Broeker and junior curators Elena Engelbrechter and Regine Epp have brought together works that address how light is used to offer social space and protection or showcase people and objects, but also to monitor, manipulate, exclude, and even destroy. Light has also enabled incredible global economic and cultural development, and led to the destruction of nature. 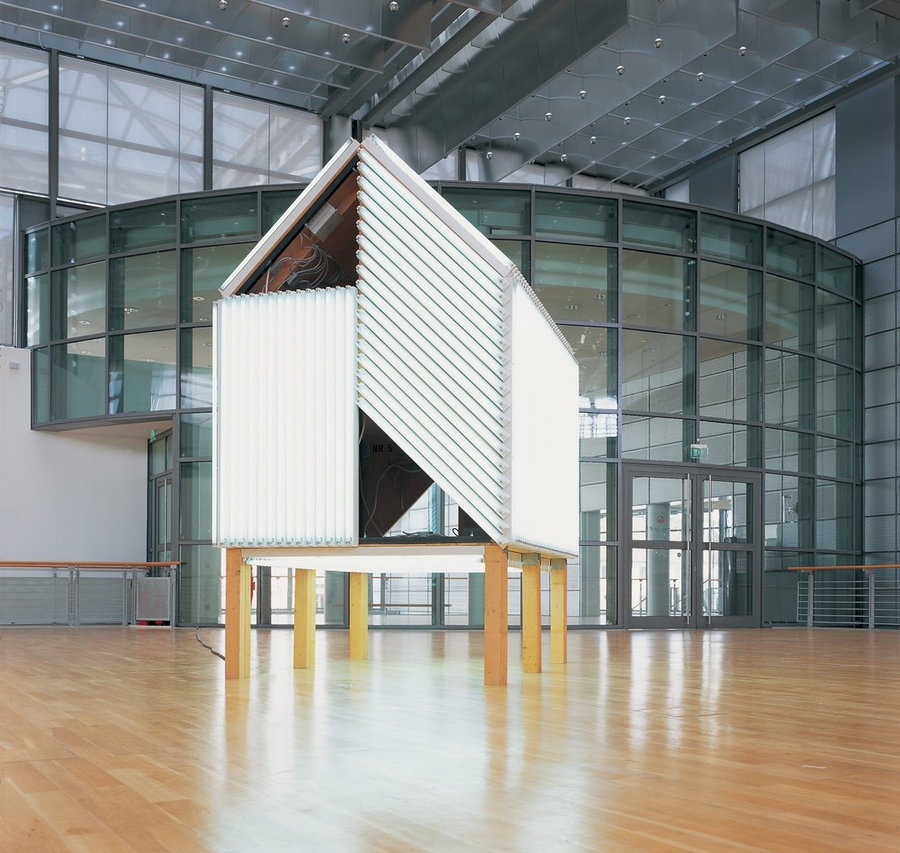 The museum’s official website explains: “Current issues surrounding ecology are addressed in works of light art such as Nana Petzet’s “Light Trap Hamburg” (2015/2018), which focuses on the mass decline of insect populations. With the help of an algorithm, Daniel Canogar’s “Troposphere” (2017) translates data of global environmental phenomena and natural disasters into abstract color animations. The extent to which we are all trained and manipulated by advertising is demonstrated by Monica Bonvicini’s aesthetic and yet forbidding neon sign “NOT FOR YOU” (2006), as well as by Daniel Pflumm’s light boxes, in which it is unmistakable, even without the company lettering, which firm is behind the brightly colored message.” 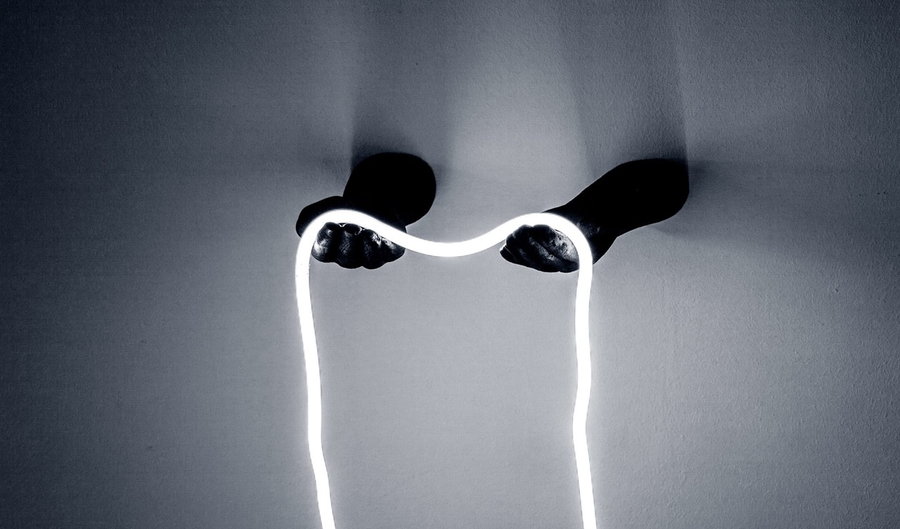 “Questions regarding romanticism, happiness, and utopias arise in Lori Hersberger’s “Sunset 164” (2006), in which colorful neon arches feign an eternal sunset — a state that is neither day nor night and quickly ends in the beauty of mere superficial appearance. And do you remember the last time you looked up at a clear, star-filled sky? Siegrun Appelt’s installation, created especially for the Kunstmuseum Wolfsburg, draws attention to the widespread light pollution by allowing light to be physically experienced in an extremely concentrated form.” 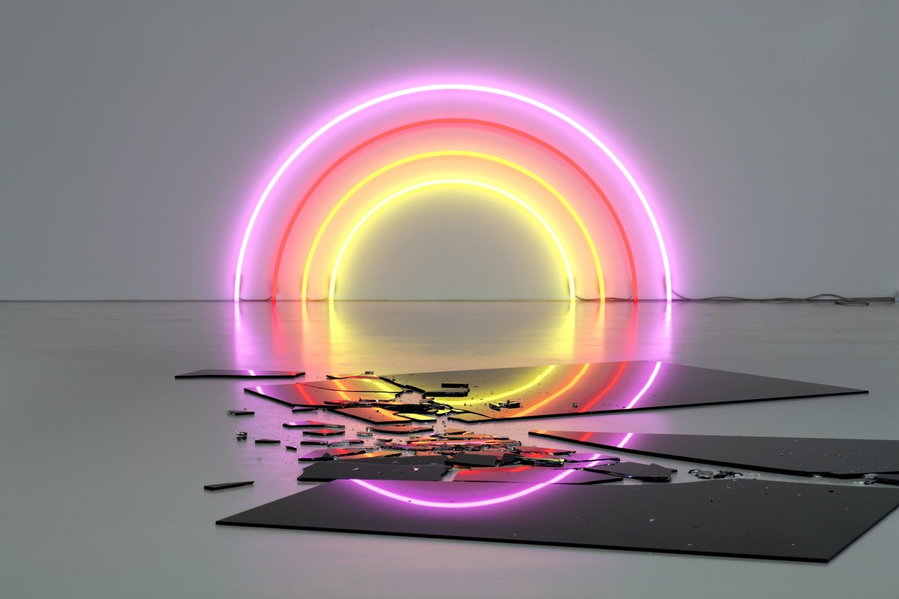 Power! Light! will be on display through July 10th, 2022. Kunstmuseum Wolfsburg is a contemporary art museum and cultural center established in 1994 known for its extensive collections, beautiful glass-roofed space, and Japanese garden.