For five decades, Leonard Cohen’s music, poetry, and prose inspired fans and musical artists all over the world. He had a way of prefectly describing the complexities of being human and all of the contradictory feelings we can experience in our lifetimes. Two years prior to his death in November of 2016, Cohen consented to the creation of a traveling exhibition on both the visual art inspired by his work and the collective experiences it had evoked over the years. One year later, the Musée d’art contemporain de Montréal (MAC) opened Leonard Cohen: A Crack in Everything, the first major exhibition about the legendary artist to date. 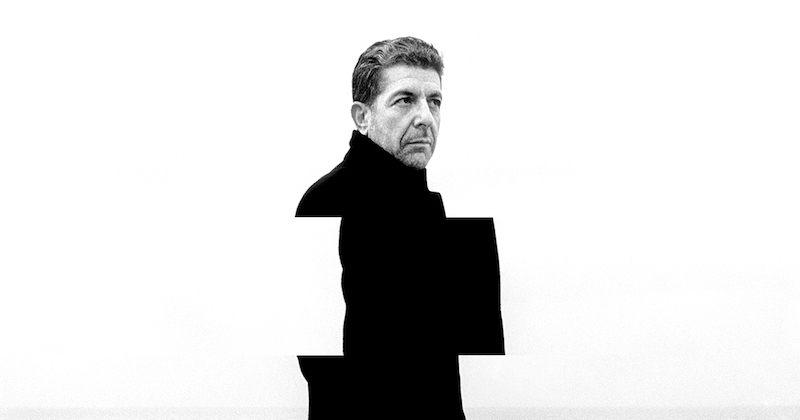 Named after a line in Cohen’s song “Anthem” and comprised of 20 works by 40 artists from ten countries, A Crack in Everything explores the art of those who were inspired by Cohen’s perspectives on life and creativity. Using Cohen’s songs, poems, artworks, and archival footage, each artist was commissioned to create their own works and installations that explained what made Cohen a unique cultural figure to them. The result is a multifaceted exhibition consisting of recorded performances, writings, choreography, virtual reality, and visual art.
Of all the works in the exhibition, there are only two that focus on the collective experiences inspired by Cohen’s work.
In Legendary Reality, a video installation, Jon Rafman explores a series of writings by Cohen that attempt to foretell technology’s role in the archetypal city of the future, as well as the ways people would adapt to that technology. A 20-minute-long video of colorful but distorted images depicts a cityscape completely controlled by technology. Visitors are encouraged to sit in purposely dilapidated movie theater seats to watch a rotoscopic animation of Cohen’s hometown of Montreal, which itself has been superimposed over video game imagery.
As the visuals move between scenes of a disturbing future, a troubled narrator describes his reality. Any technophobes in the audience will surely relate. Rafman’s work typically examines the impact of technology on our social lives, so it’s only fitting that he, along with artist Sprueth Magers, would want to work on something like Legendary Reality. 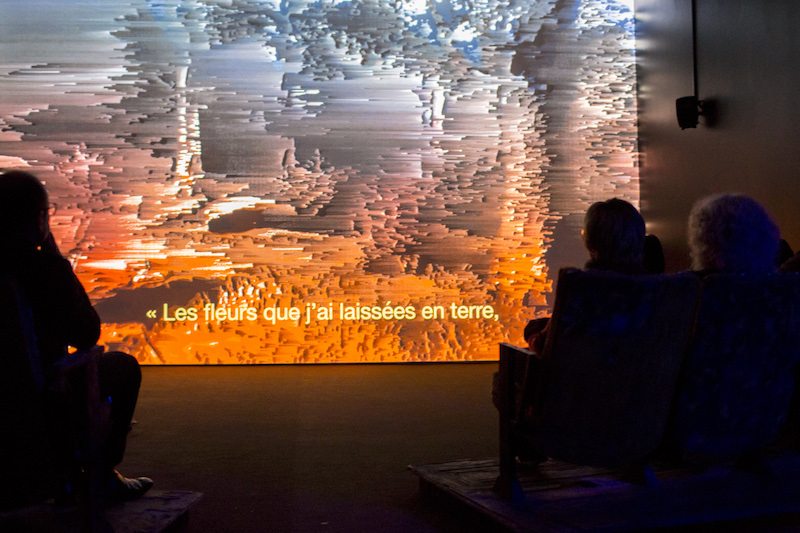 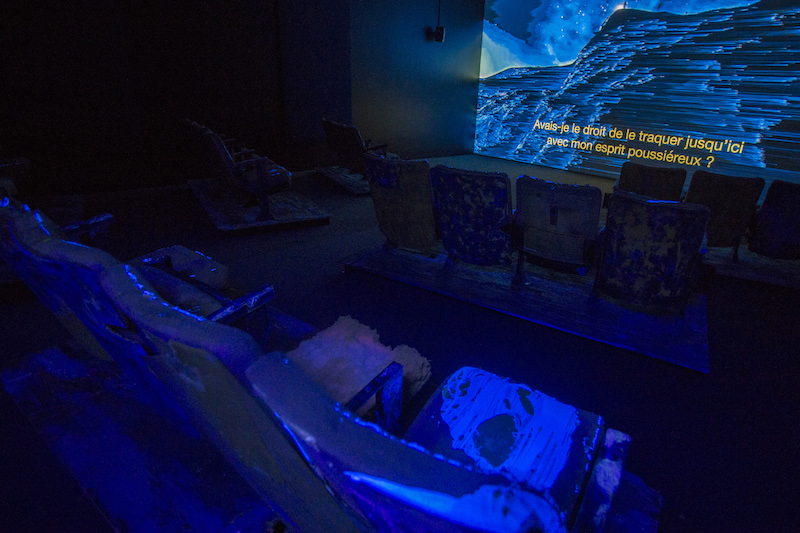 Daily tous les jours (Dtlj), a Montreal-based design studio that creates large-scale installations to facilitate collective experiences, brought their expertise to the exhibition in the form of a familiar tune. More specifically, the studio was responsible for I Heard There Was a Secret Chord, the last and possibly most evocative of the exhibition’s installations.
Secret Chord takes the form an elevated wooden listening room, complete with transducers, speakers, and microphones hanging from the ceiling. The sound of a choir humming “Hallelujah,” one of Cohen’s most well-known songs, beams through the walls of the installation and rattles all of its surfaces. The tune brings long-time fans and Cohen neophytes together under one roof, inviting them to join in the humming and experience the “collective resonance.”
In 2009, Cohen famously suggested that there should be a moratorium on the song because it was becoming so overplayed in movies and TV shows. Still, the curators of the exhibition felt that despite Cohen’s own feelings about the song’s overuse, it would be careless to leave it out. 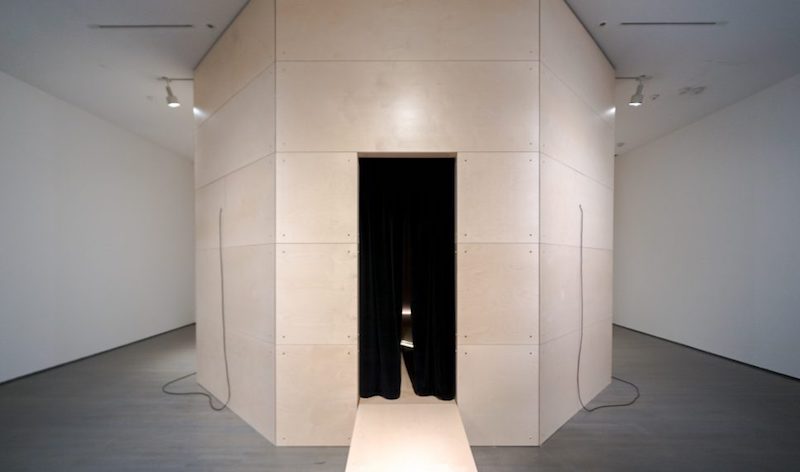 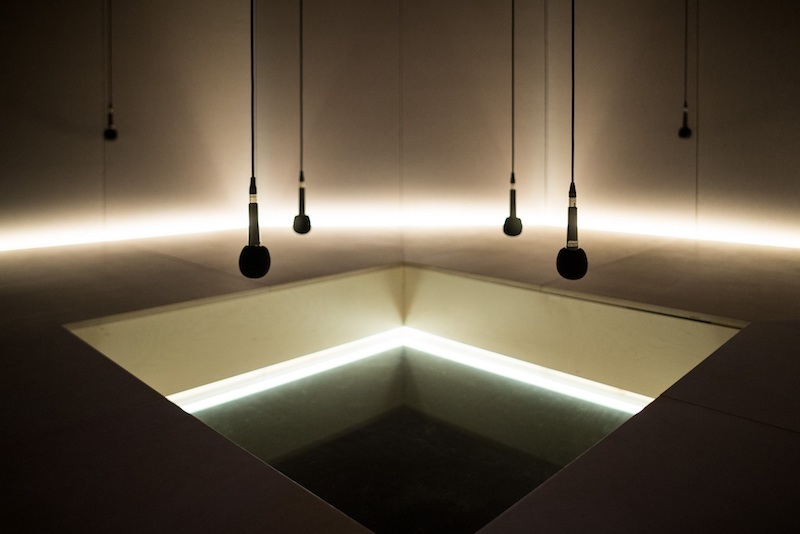 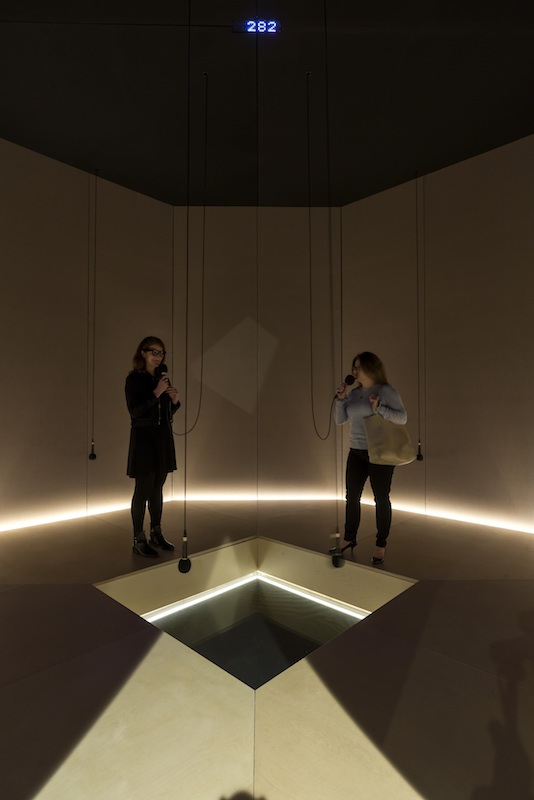 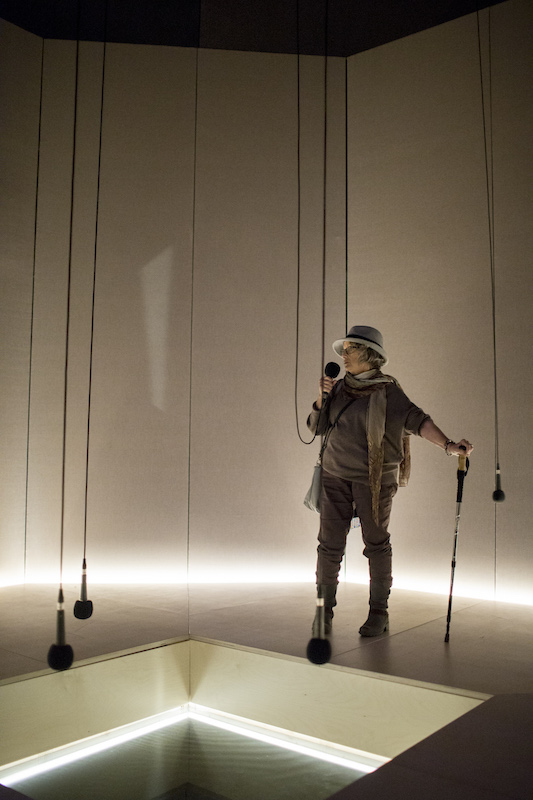 In his work, Leonard Cohen dissected the human body, soul, and spirit in a way that only a handful of artists have been able to do. Although the idea for A Crack in Everything was set into motion two years prior to his death, the exhibition is still a tribute and critical homage to an artist who inspired many — an artist who, like all great artists, inspires even in death.
Leonard Cohen: A Crack in Everything will run until April 9, 2018 at the Musée d’art contemporain de Montréal. It’ll then be travelling to various cities around the world beginning in June of 2018.