In spite of its good intentions, charity can sometimes feel like it’s being put on top of people, forcing them to provide the help that an organization thinks its recipients need.

Lava Mae gets to the heart of important issues, though, providing showers and personal hygiene products to people living on the streets around the world. Dignity and self-worth are the core messages Lava Mae shares as it helps people access these most basic of human needs and comforts.

“Lava Mae brings critical services to the streets, delivered with Radical Hospitality, to restore dignity, rekindle optimism, and fuel a sense of opportunity,” the nonprofit explains on its website. “Our audacious goal is to unleash a Radical Hospitality Revolution around the world.”
CNN Hero Doniece Sandoval started Lava Mae in San Francisco back in 2013. She noticed more and more people sleeping on the streets of San Francisco as the city became an increasingly expensive place to live due to the tech industry boom, which skyrocketed real estate prices and sped up the gentrification process.

CNN reported that Sandoval was shocked when she found that there were less than 20 shower stalls and toilets for the thousands of homeless people in the city. “For the homeless community, it was the equivalent of being in a third-world country,” she told CNN. 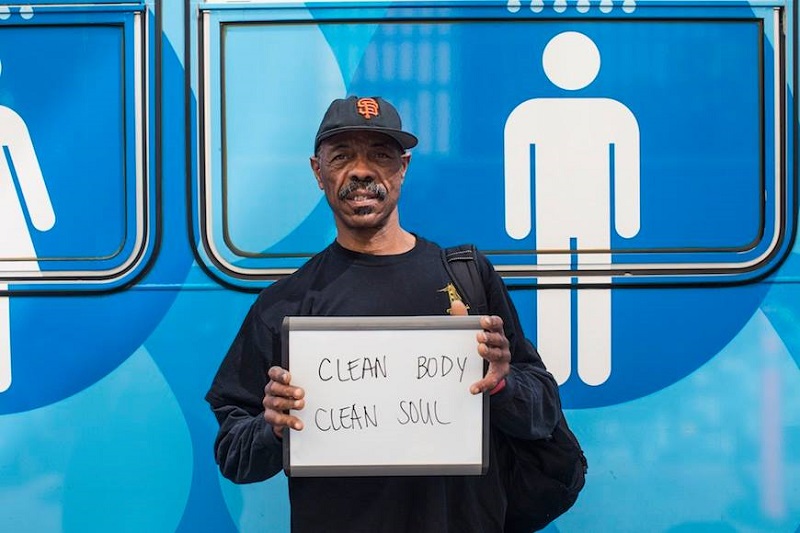 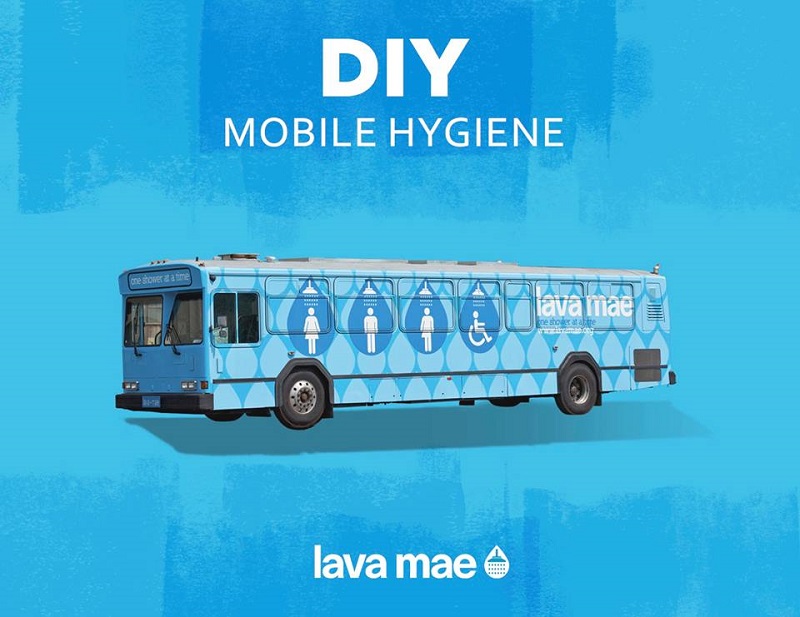 The organization converted retired city buses into mobile shower units that could give people easy access to their services, and it also hands out hygiene kits, packs of new underwear, and comfortable pairs of socks.
Now Lava Mae provides outreach in Los Angeles, too, and it’s developed a kit to make it easy for people in other cities and countries to set up their own mobile shower projects for their communities. The “BuildIt” kit provides specifications for building mobile shower trailers and includes talking points to examine before launching a project. Lava Mae even helps connect new service providers with local partners, volunteers, and donors. 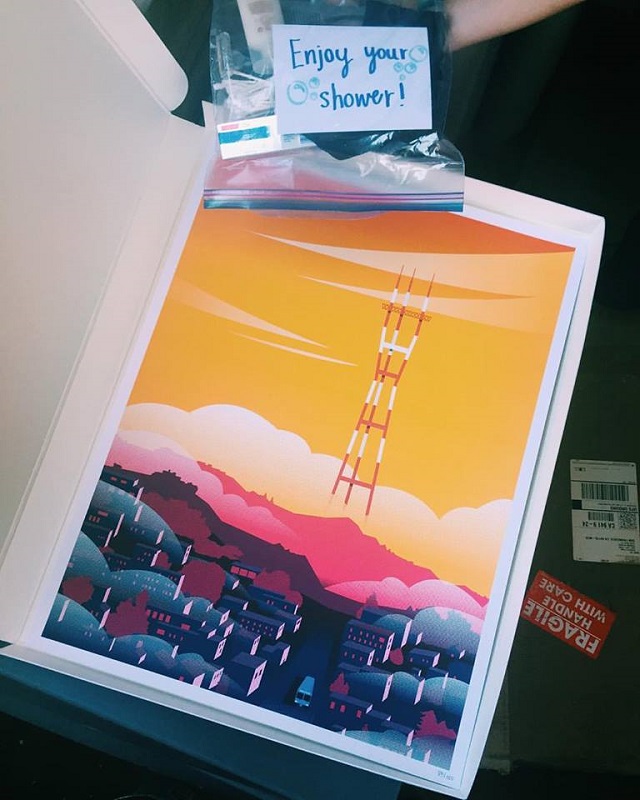 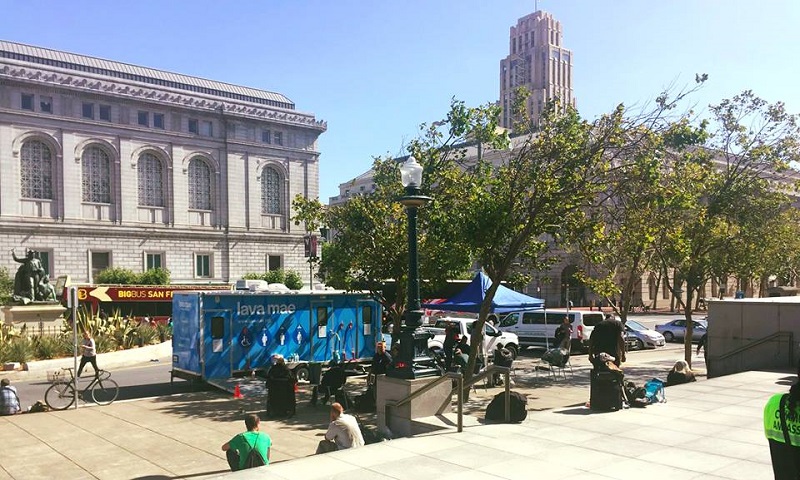 “We pilot, test, and refine new programs and share what we’ve learned with the world,” the nonprofit says, adding that it “forges creative partnerships across sectors to radically increase access to services and better meet [its] guests’ needs.”

Human connection and dignity are paramount in all of Lava Mae’s work, and in the list of ways in which people can help, it’s noteworthy that the first suggestion the organization provides is “Acknowledge: Simply making eye contact and even smiling at those you pass on the street is a good first step. It makes a difference when people are seen rather than ignored.” 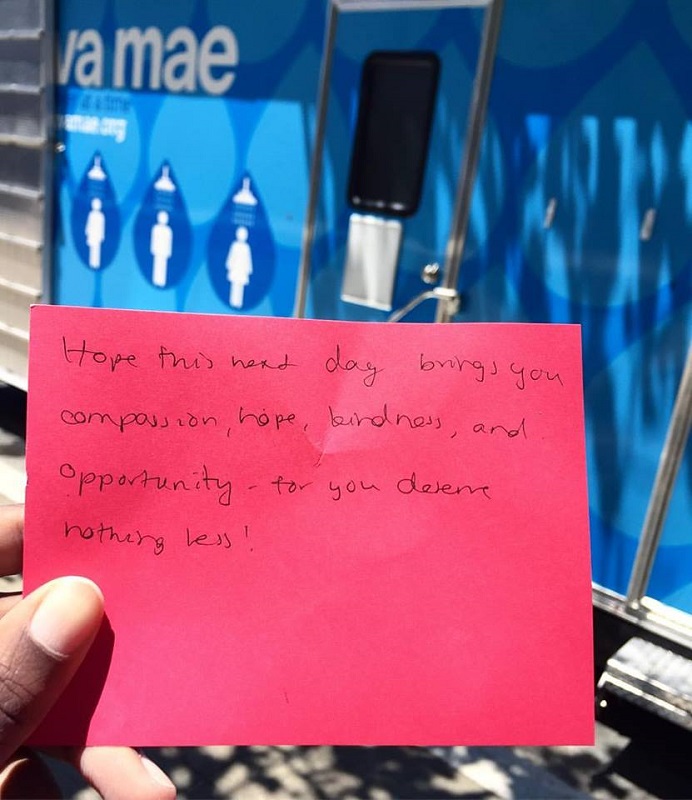 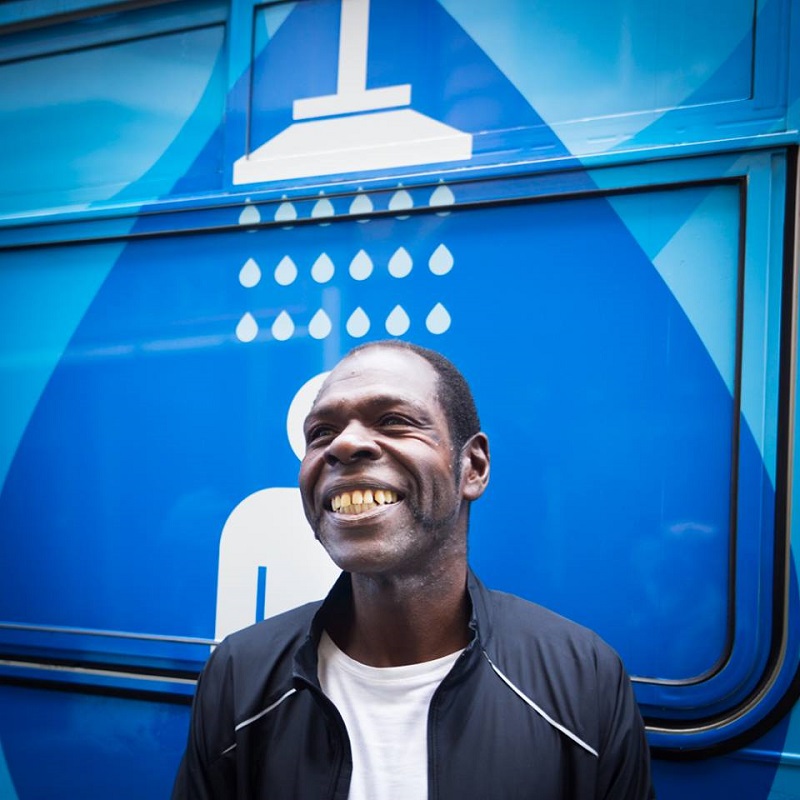 Other ways that individuals and corporations can help are by donating supplies for hygiene kits like toothbrushes and soap or volunteering at one of Lava Mae’s locations.
In addition to the mobile showers, Lava Mae runs pop-up “care villages” to give homeless people easy access to checkups and treatment from doctors and dentists as well as a good haircut, a clean set of clothes, and the chance to talk with a lawyer if they need legal advice. 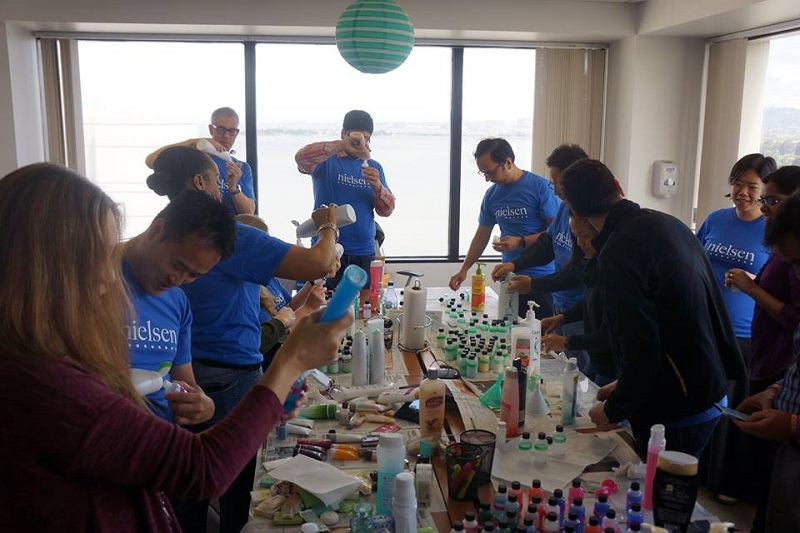 Lava Mae has served more than 4,000 individuals, provided 20,000-plus showers on its mobile units, and raised global awareness about the homeless community’s lack of access to basic hygiene.