Spain is a popular tourist destination, and the number of visitors to this European country are swelling all the time. With hotels and Airbnbs popping up all over the place at an alarming rate, it’s becoming more difficult to secure planning permissions for new properties, especially in residential areas. Even residents who already own properties in coveted coastal locations are often limited when it comes to expanding them, so sometimes the only option is to build up instead of out. This was the exact solution that Laura Ortín Architects found for a client with a property they wanted to extend in the port city of Alicante on Spain’s Costa Blanca. 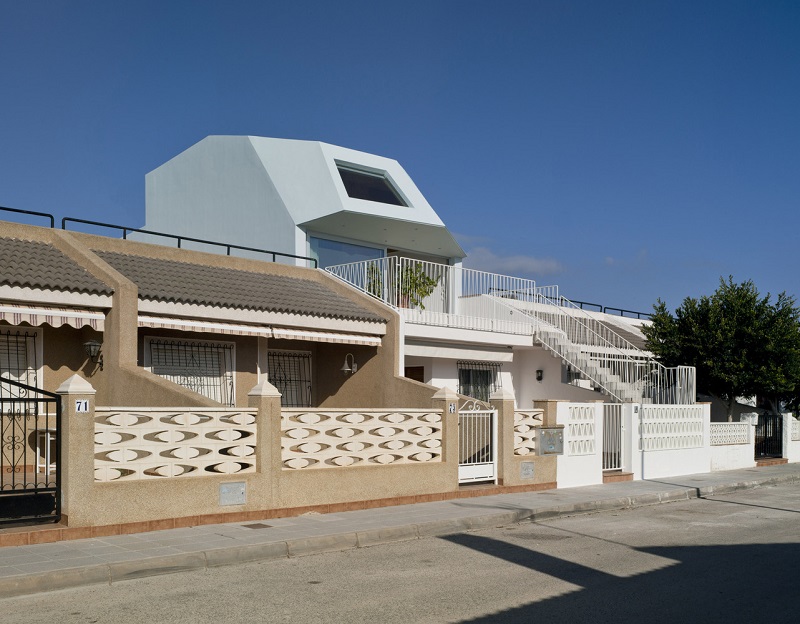 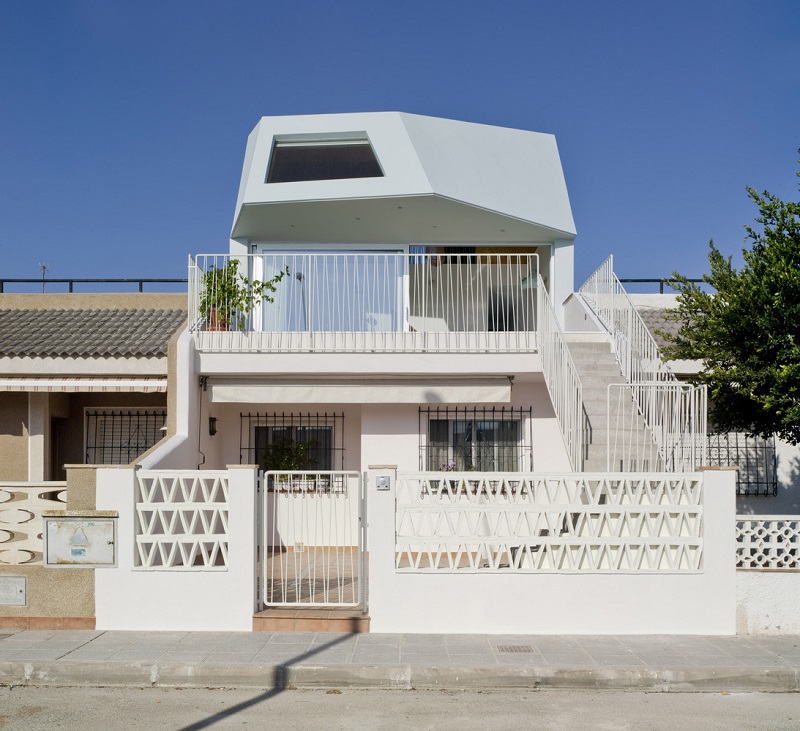 More specifically, this beach house is located in La Torre de la Horadada, a small fishing town popular among tourists, and is used as a vacation home by its owners. Ultimately, they decided to make a bold statement by planting a futuristic extension on top of their existing one-story house. While the majority of the houses in the neighborhood incorporated informal additions on their ground floors (usually toward the rear of the houses in the garden), Laura Ortín decided to take a different approach — mostly because the urban grain of the town had already changed dramatically from what it originally was. This gave her the opportunity to think beyond the confines of the existing constructions and imagine something altogether new. The architects would then go on to “propose a new code, a sort of aesthetic and functional disobedience that in this specific context is positioned with a provocative vision of necessary rupture to the existing area.” 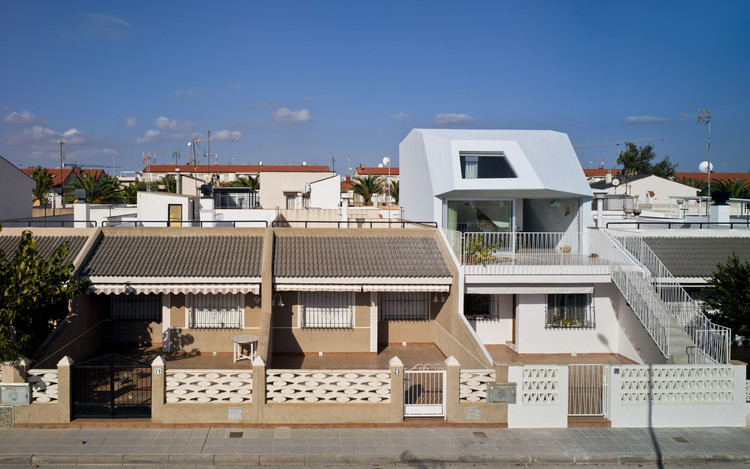 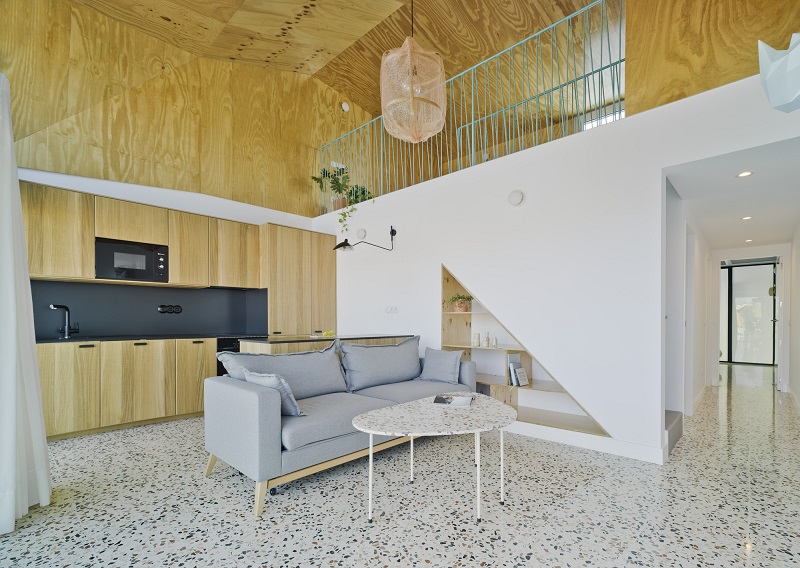 The addition consists of a flat sculptural volume covered in a light blue skin, which helps the construction blend into the azure Spanish sky behind it. In fact, the extension actually adds two levels to the house: the volume steps back at its lower floor but extends out in an upper-level protrusion with a window set into its face, giving the whole thing an ocular appearance. The bottom level, which rests on the roof of the existing property, houses living areas and a bedroom, while a loft area occupies the mezzanine level. 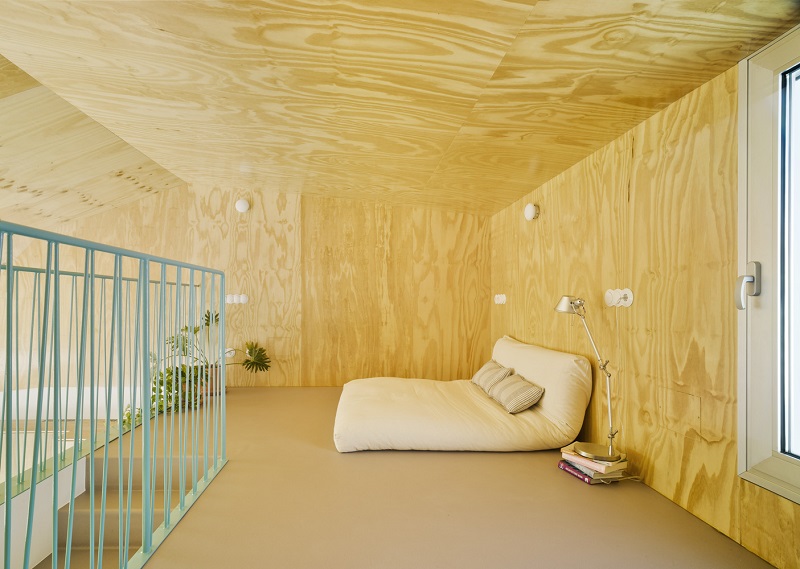 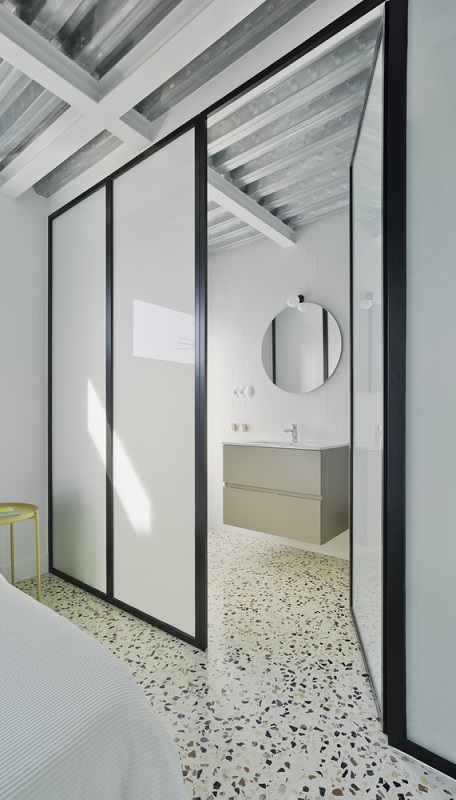 For the house’s internal treatment, Ortín used economic materials to keep construction costs down. Even the bedrooms have been kept minimal, as the family spends most of their time out on the terrace and in the common areas and only uses their private quarters for sleeping. The materials used also recall maritime containers, and some of them were even recovered from the existing house during construction and later repurposed in the addition. 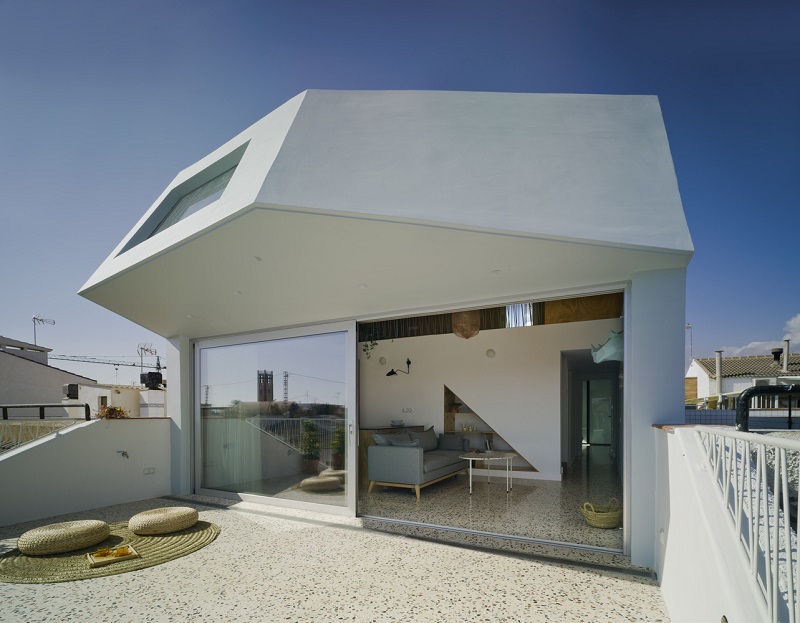 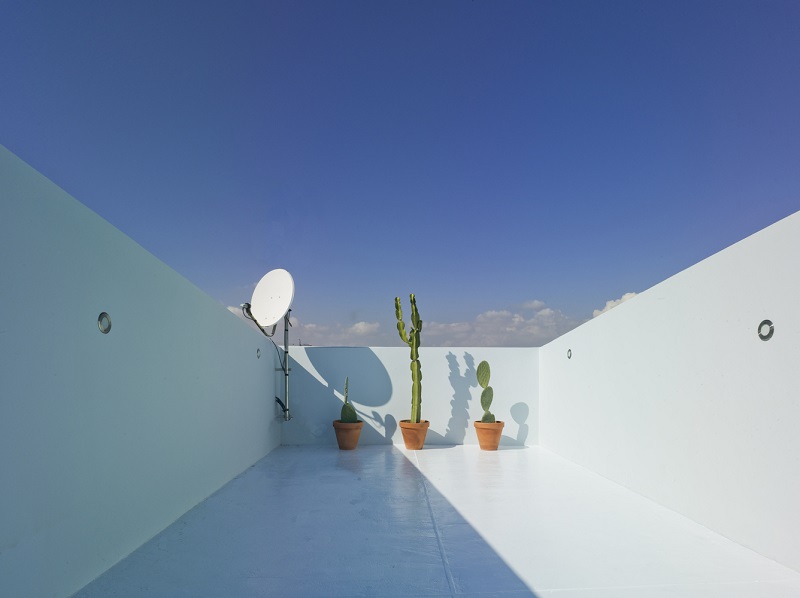 Continue reading below
Our Featured Videos
The house is bright, fresh, and airy, offering an atmosphere typical of Spanish seaside houses. The master bedroom boasts an en-suite bathroom, which is separated from the room by an opaque wall of glazed panels in black frames. The overall effect of the design is one of tranquility and harmony, though it also serves to visually set the house apart from its neighbors and give the family much more room to relax in when they’re on vacation.