In recent years, visitors and residents alike have been complaining considerably more often about the summer heat in Los Angeles. While complaining about sunshine understandably irks many people (especially where it’s scarce), it turns out that Angelenos do have a valid gripe. Now, they’re taking steps to combat it. 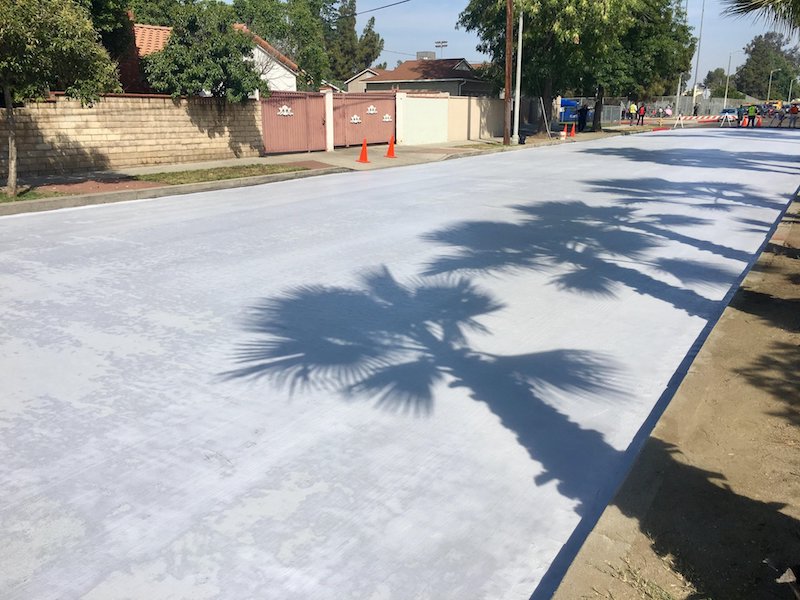 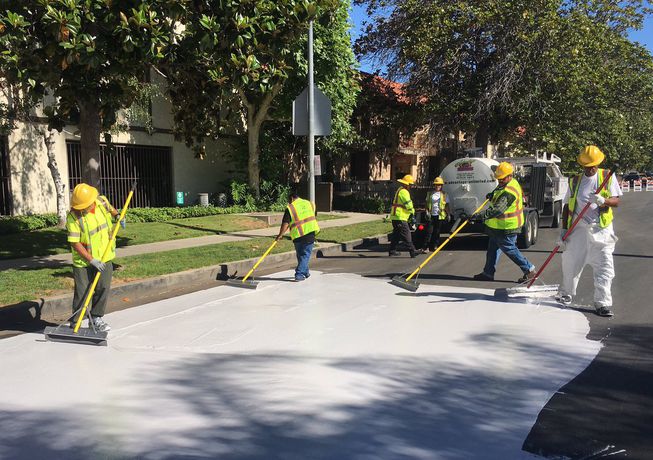 Like most major cities in the US, Los Angeles is largely made up of asphalt, from its many freeways to its most remote residential streets. Asphalt is strong, durable, relatively cheap, a dark color that complements most surroundings, and easy to apply. Sounds just about perfect for street paving, except for one major drawback: it absorbs between 80 and 95 percent of all the sun’s rays. When LA temperatures exceed 100 degrees Fahrenheit, which is quite common, the temperature of the asphalt can rise to a whopping 150. That scenario gets worse when the “urban heat island effect” kicks in, which the EPA (Environmental Protection Agency) reports can raise the surrounding air temperature by another 22 degrees.

Los Angeles officials quickly endeavored to alleviate the problem. Known for pioneering innovative solutions to widespread problems in the past, it was among the first major cities to replace conventional sanitation trucks with ones that ran on compressed natural gas. Later, in May 2017, the city unveiled a comprehensive street painting project. 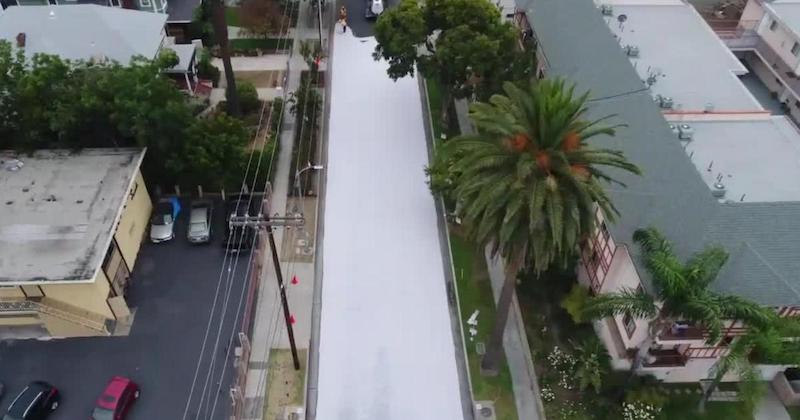 Working closely with GuardTop, the city used a reflective coating called CoolSeal to cover select streets in the Canoga Park neighborhood. The temperature of the asphalt on these test streets was 93 degrees on the morning the job started. A single coat of CoolSeal lowered that temperature to a comfortable 70 degrees. 15 streets were ultimately coated in 2017 — something that everyone agreed was very “cool.” Continuing the project into 2018 was a no-brainer.

The Price of Relief 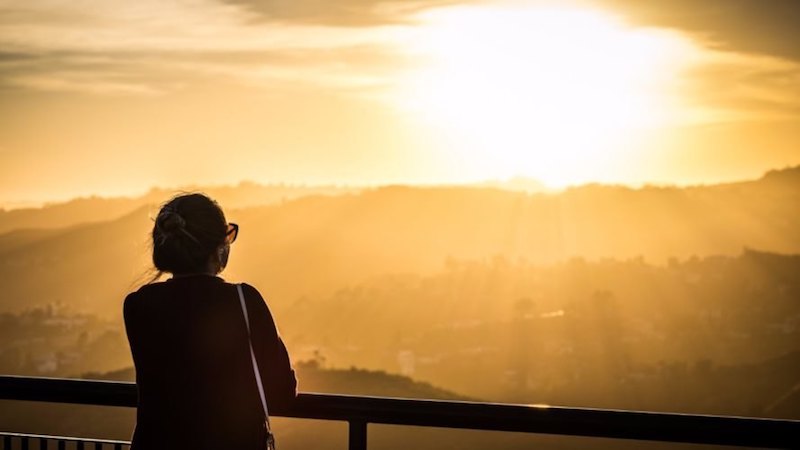 A reprieve from sweltering heat does not come cheaply. CoolSeal is unquestionably quite expensive, costing the city of Los Angeles around $40,000 for every mile coated. But before you start calculating how many box fans and A/C units that money could buy, let’s take a closer look at the whole picture. 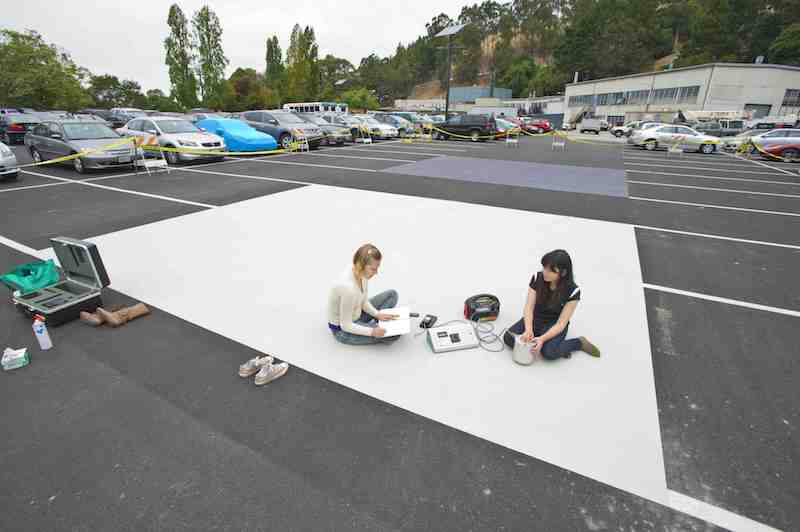 In the past 100 years, typical year-round temperatures in Los Angeles have risen five degrees. During the summers, mean temperatures have climbed a whopping 10 degrees. This alarming change is generally attributed to the effects of the high temperatures in the city’s asphalt maze of streets, freeways, roofs, and parking lots. The increased reflectivity of the new coated streets not only cools things down, but it also saves on energy needed to illuminate the lights on those streets. By cooling the surrounding air, light-colored asphalt may also help avert heat-related illnesses and deaths. Greenhouse gas emissions, air pollution, and water quality reduction incurred by urban “heat islands” can also be alleviated by cooler pavement surfaces. All in all, it’s estimated that the project’s annual energy savings would equal approximately $100 million.

Only time will tell if the coated streets concept will indeed keep Los Angeles cooler in coming years. In the meantime, you can expect more hotspots around the world to start putting reflective paint on their own streets and highways.