A portrait of Kamala Harris made of strategically cracked glass was put on display on the Lincoln Memorial two weeks after she was sworn in as the first woman Vice President of the United States. 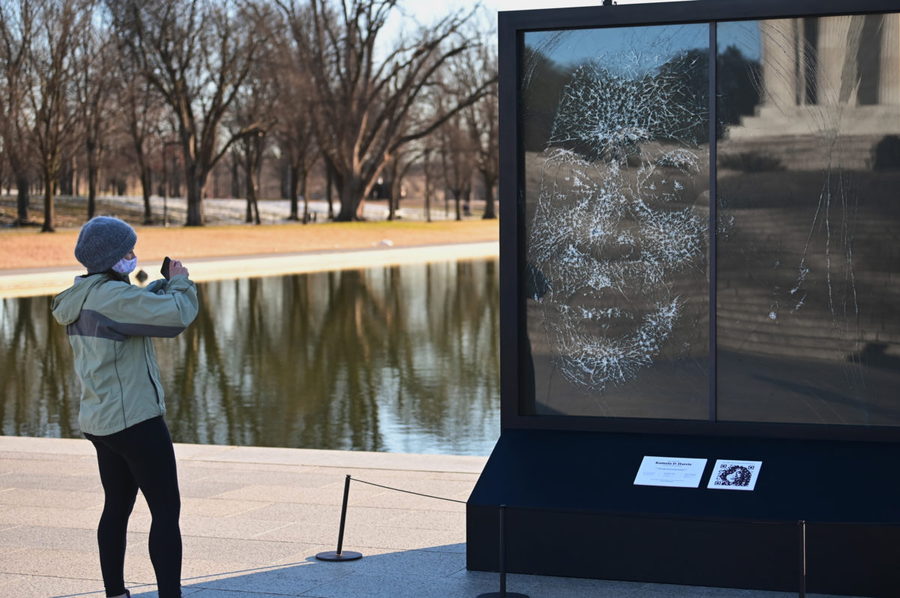 Sponsored by the National Women’s History Museum and Chief, a female networking organization, the 6′ X 6′ display was commissioned to symbolize the proverbial glass ceiling finally being shattered with Harris’ election. 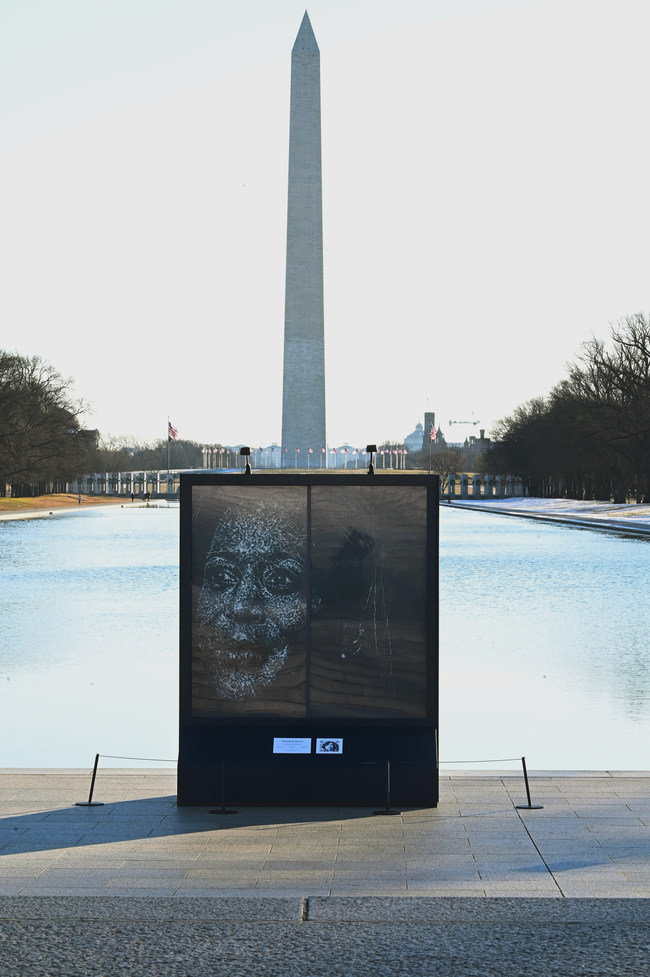 “This will just be a wonderful visual emblem of this moment in time and hopefully people will reflect a little bit on all the barriers that have been broken by her election,” said Holly Hotchner, president and CEO of the National Women’s History Museum, adding that “Representation matters, especially at the ballot box. And the inauguration of Kamala Harris as the first woman, and first woman of color, to serve as Vice President of the United States is a landmark moment in American history.” 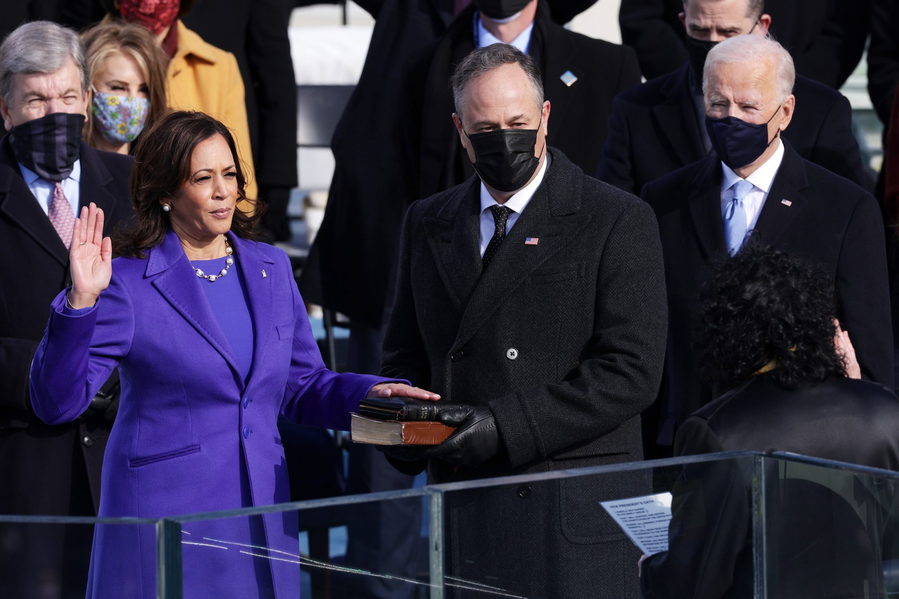 Harris, a daughter of Indian and Jamaican immigrants, has been the “first” many times in her career as a lawyer and politician. She was the first woman and person of color to be the San Francisco District Attorney, and the first woman and Black person to become California’s Attorney General. She followed that position as the first Black U.S. senator from her home state. With her inauguration as Vice President, she has broken three more barriers: first woman, first Black person, and first Asian American to hold that office. Harris is also the first Vice President to attend a historically Black college, Howard University. 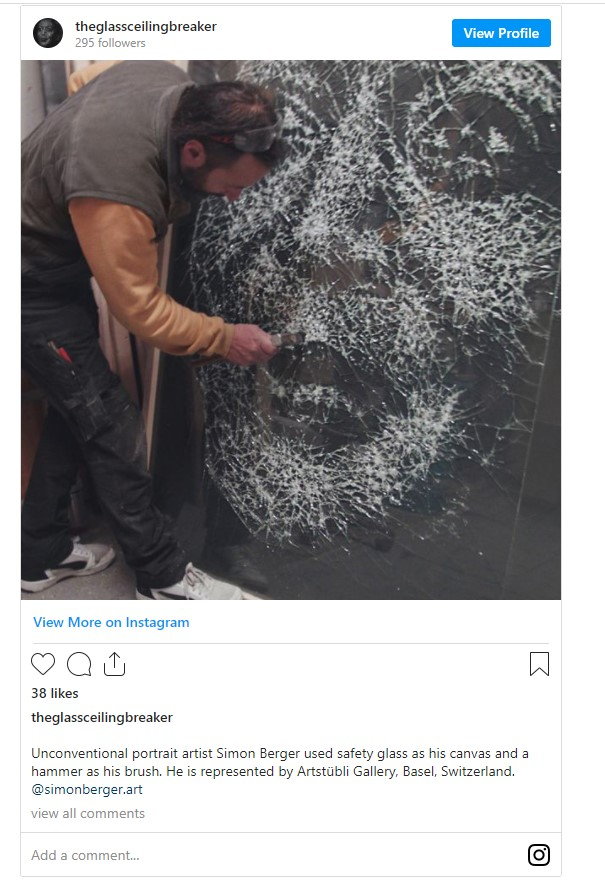 Berger first experimented with his distinctive technique in 2016, explaining that “I hit the glass directly with the hammer, so that cracks and impacts occur. Hard hits create abstraction and I ‘paint’ with targeted fine hits.”

“I like creating beautiful things through destruction,” he told Artnet News. “I am pleased and proud to be able to make a contribution in this matter.” 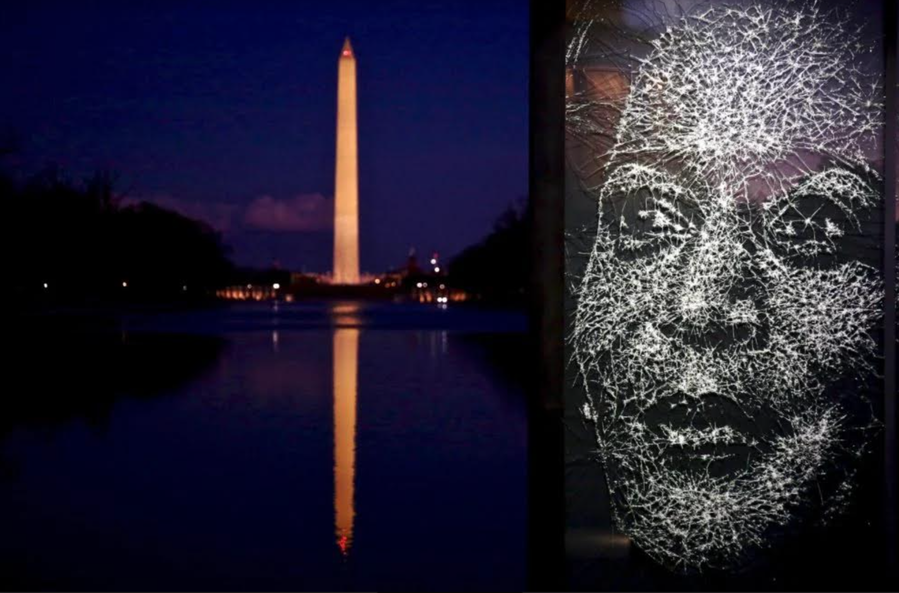 Berger used a photo of Harris taken by New York photographer Celeste Sloman as a model while he tapped tiny fissures into a piece of 350-pound safety glass to create her larger-than-life face.

The exhibition also featured a QR code linking visitors to an Instagram Spark AR that featured an augmented reality experience of Harris’ “glass-breaking moments.” A video with overlapping images of Bergen at work and the achievements of women’s rights pioneers also accompanied the likeness. 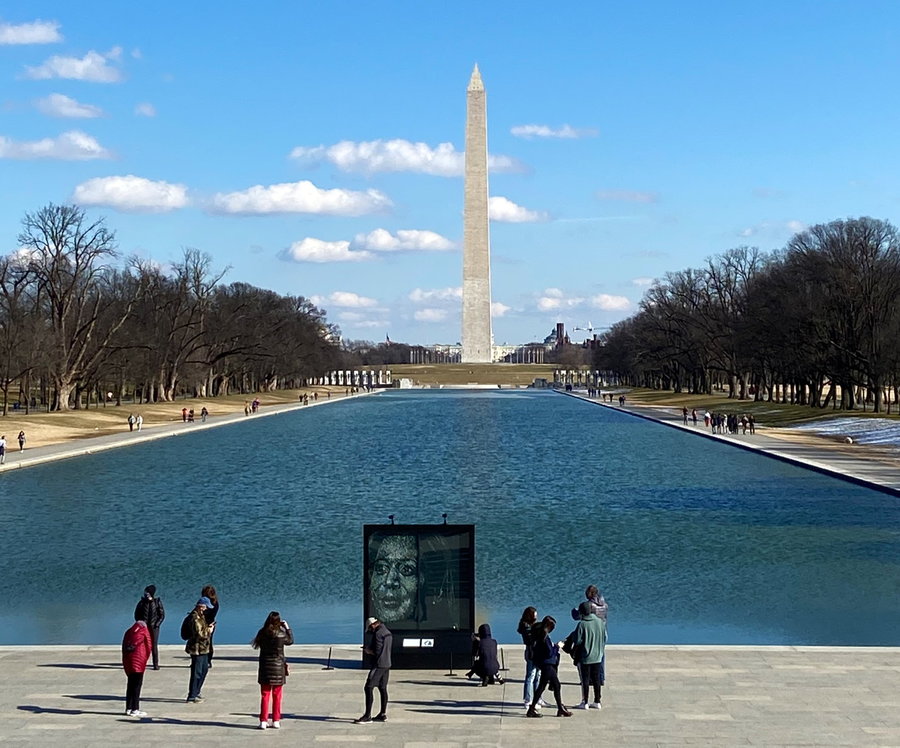 “Today’s progress is built on the legacy of the women who came before — the trailblazers, like Kamala, who raised their voices, marched for their rights, and ran for elected office; the women who cracked glass ceilings so that other women could shatter them,” Hotchner says. “It is a true honor to join BBH and Chief as partners in this remarkable installation honoring this critical turning point in the fight for representation, Vice President Harris, and the numerous women throughout history who demanded a seat at the table.”

“This artwork not only celebrates Vice President Kamala Harris, a woman who embodies this mission, but it recognizes the women who came before her and those who’ll come after,” says Lindsay Kaplan, co-founder of Chief. “Today, only 23 percent of executive roles are held by women. We hope this exhibit will show women of all backgrounds that they can change that percentage, assert their voices, and open doors as they shatter barriers.”

In her own acceptance speech of the Vice Presidency, Harris made similar remarks when she thanked “the generations of women…who throughout our nation’s history have paved the way for this moment tonight…I stand on their shoulders.” 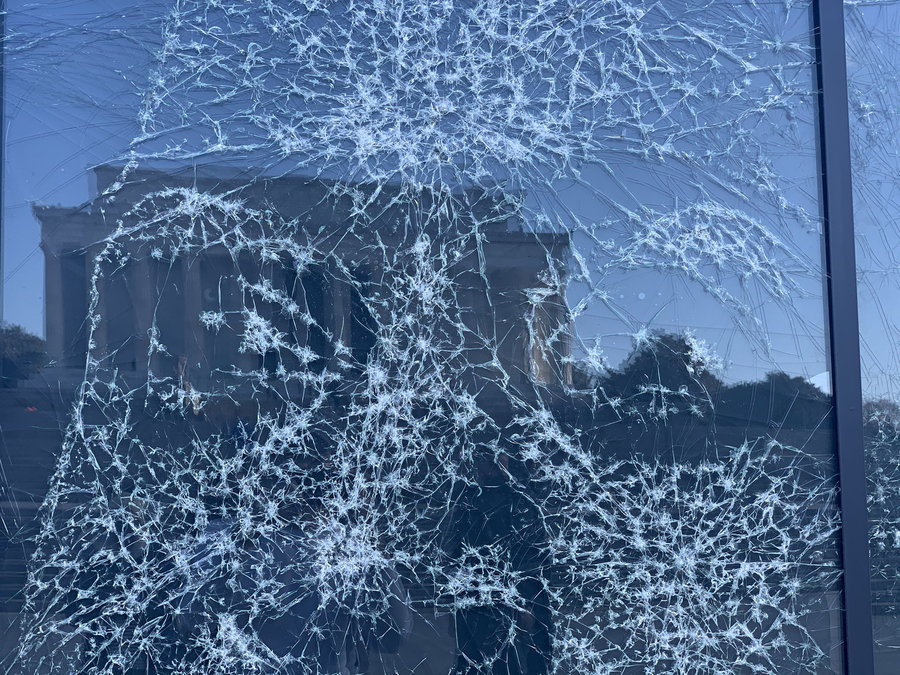 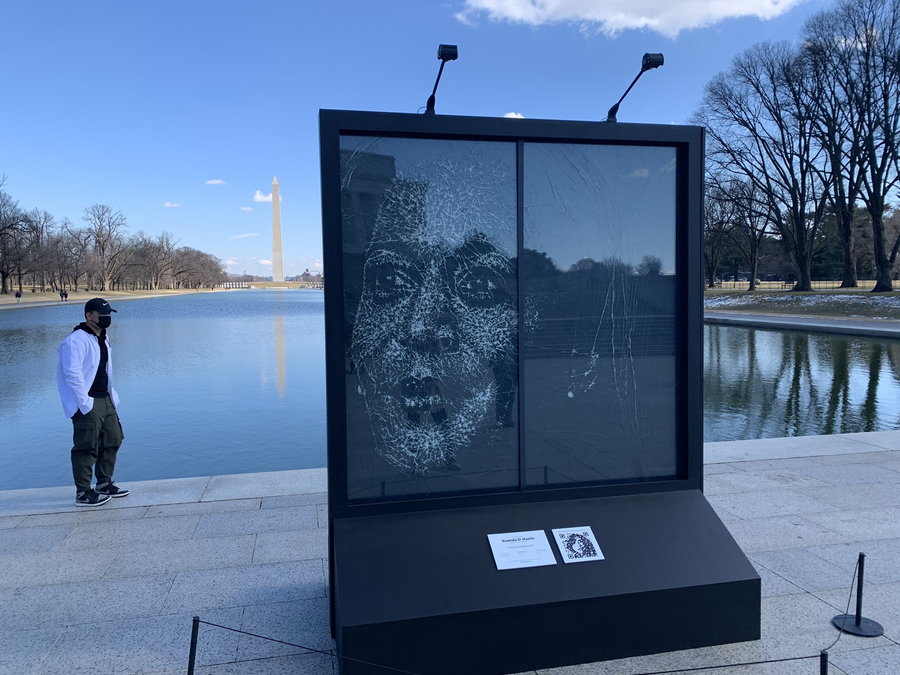 The art was on display from February 4th to the 6th against the backdrop of the Washington Memorial and has since been moved to the New York headquarters of Chief.