Visitors to The Godown art center in central Kuala Lumpur can witness the birth of a new “Star” right in the middle of a four-story warehouse extension. 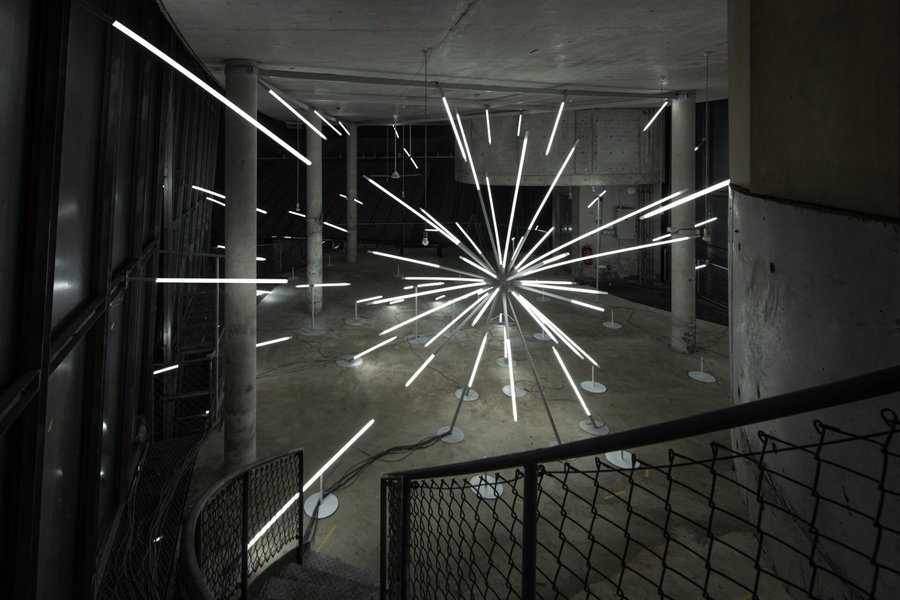 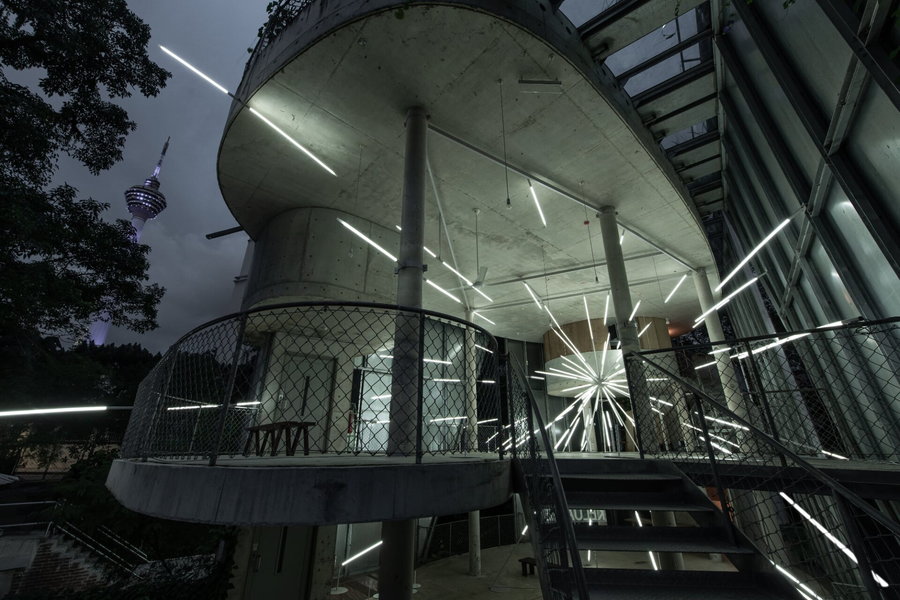 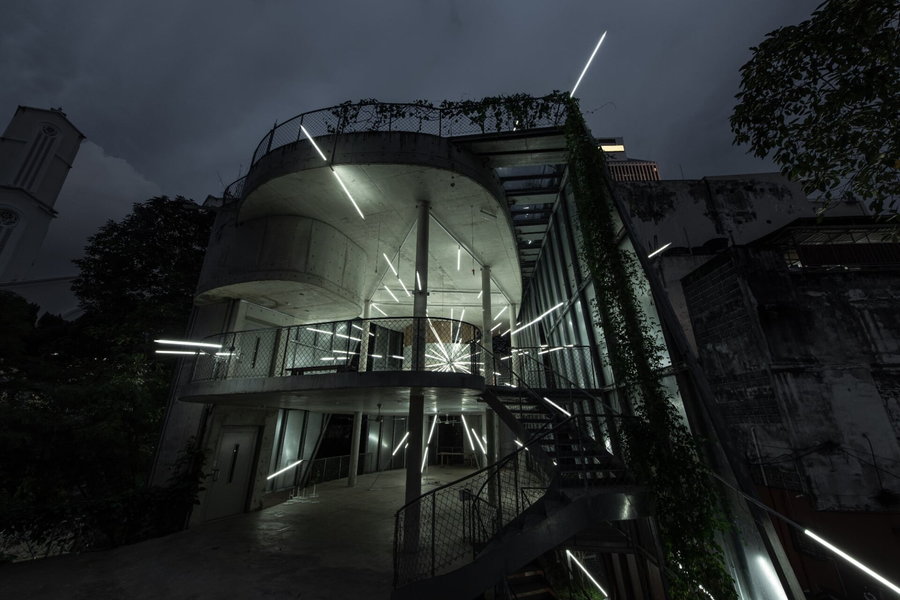 Entitled “STAR/KL,” this starburst made of 111 individual piece of LED ropes, acrylic tubes, and steel was created by Malaysian artist Jun Ong as part of the city’s annual “Art in the City” event. It’s a follow-up art installation to Ong’s 2015 breakthrough light piece, a 12-sided star that appeared to pierce through the floor and ceiling of a concrete building in Butterworth, Panang. 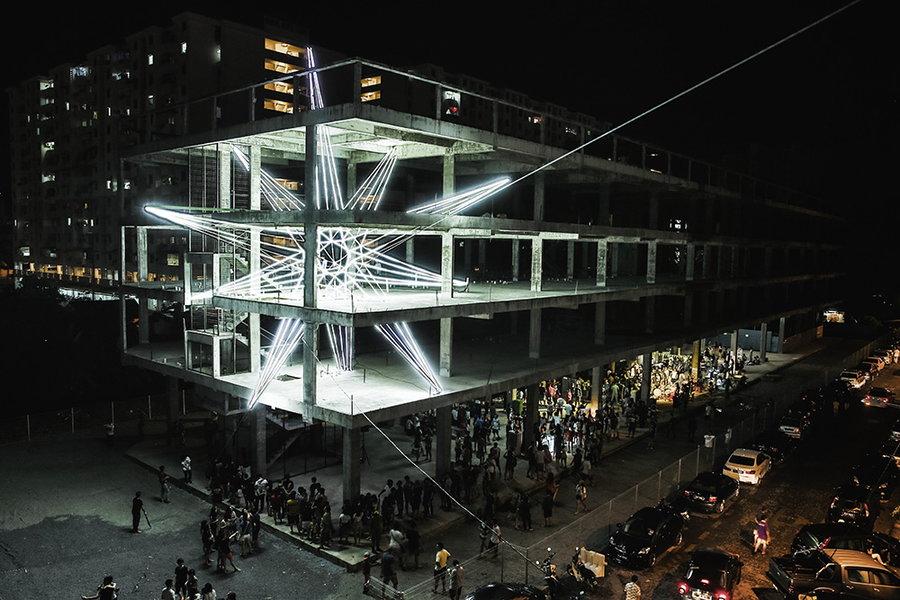 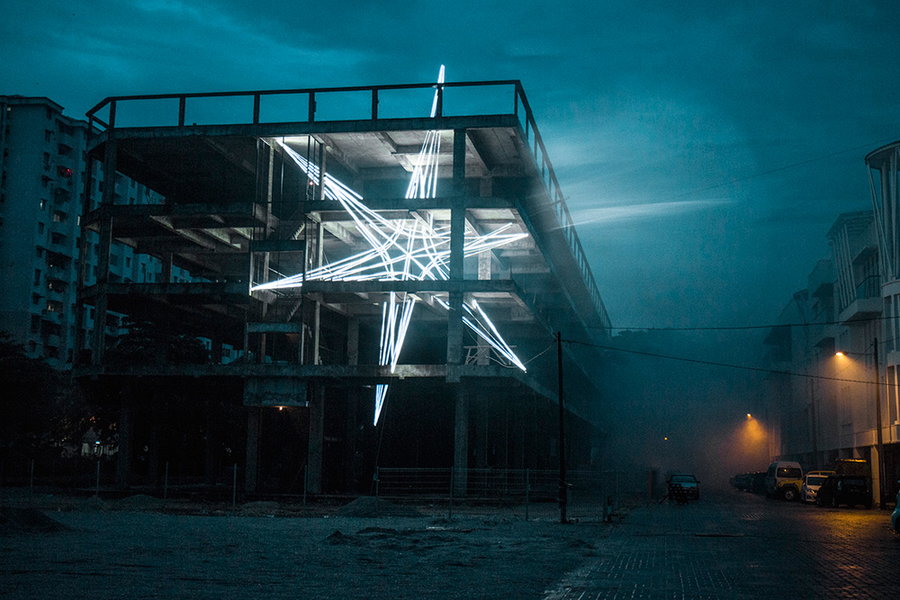 This reincarnation began its life on November 26th, 2021, and will flash and flicker each night to an ambient soundscape through March 26th, 2022. Over that period of time, the lights will gradually fade until extinct.

“‘Star’ exists as a wormhole for us to experience beyond our realities. It is a metaphorical monument that will and should disappear, leaving behind only thoughts and reflections,” said the artist in a documentary video. “…Like all organic matters, the decay of ‘Star’ is celebrated. Over time, its illumination is reduced, ‘Star’ dissipates and lives on in hyperspace till it finds a new host.”

Soon the only recollection of Ong’s creation will be photographs and videos that live on through humanity’s collective memory, the internet.

In an interview with a local media outlet, Ong shared that “I have always been making art but I also enjoy the many different ways we as humans can inhabit and experience a space. For me, light is an exciting medium to work with as it is both predictable and unpredictable. My works sit in between these two realms, and it is the process of making it materialize that excites me.” 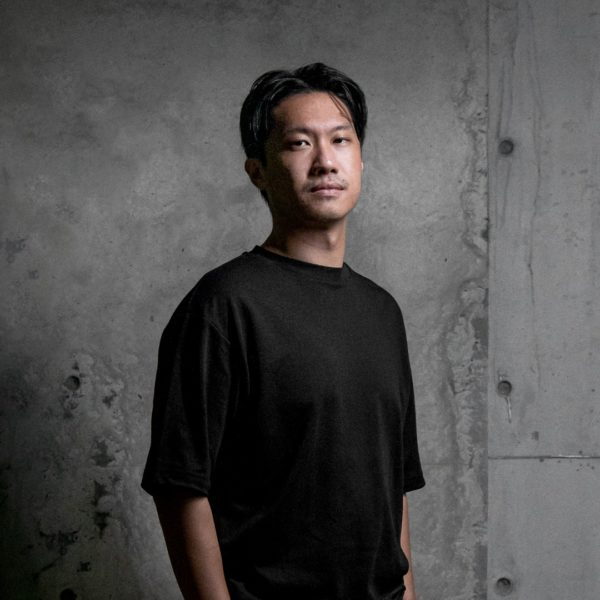 Ong originally studied architecture at the University of Melbourne and the University of Westminster, but has since turned his sights to light art. He’s previously teamed up on installations and projects with brands such as Nike, Adidas, Gucci, and Philips Lighting. Together with partner Kyle E., he co-founded POW Ideas, a spatial design studio based in Malayasia, but his work has taken him all around the globe. 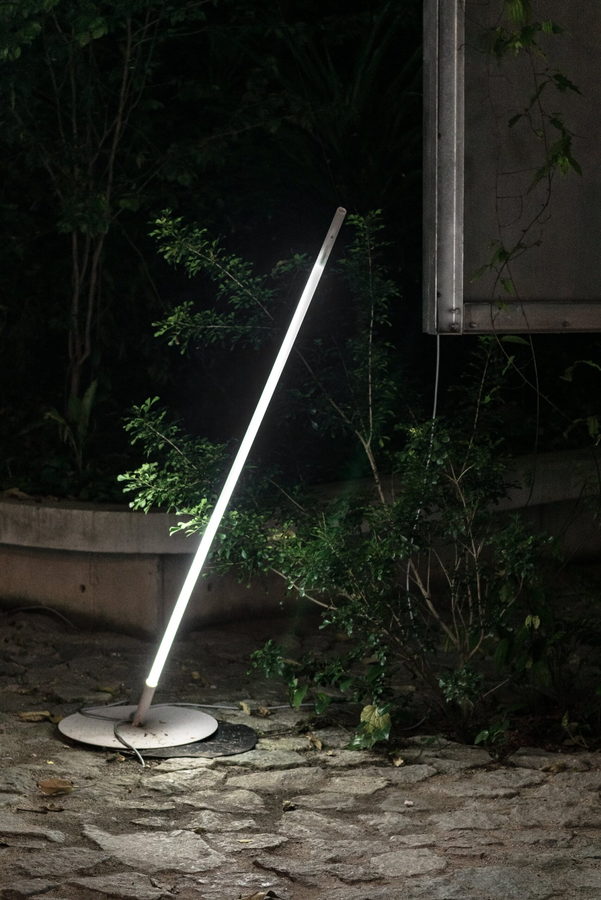 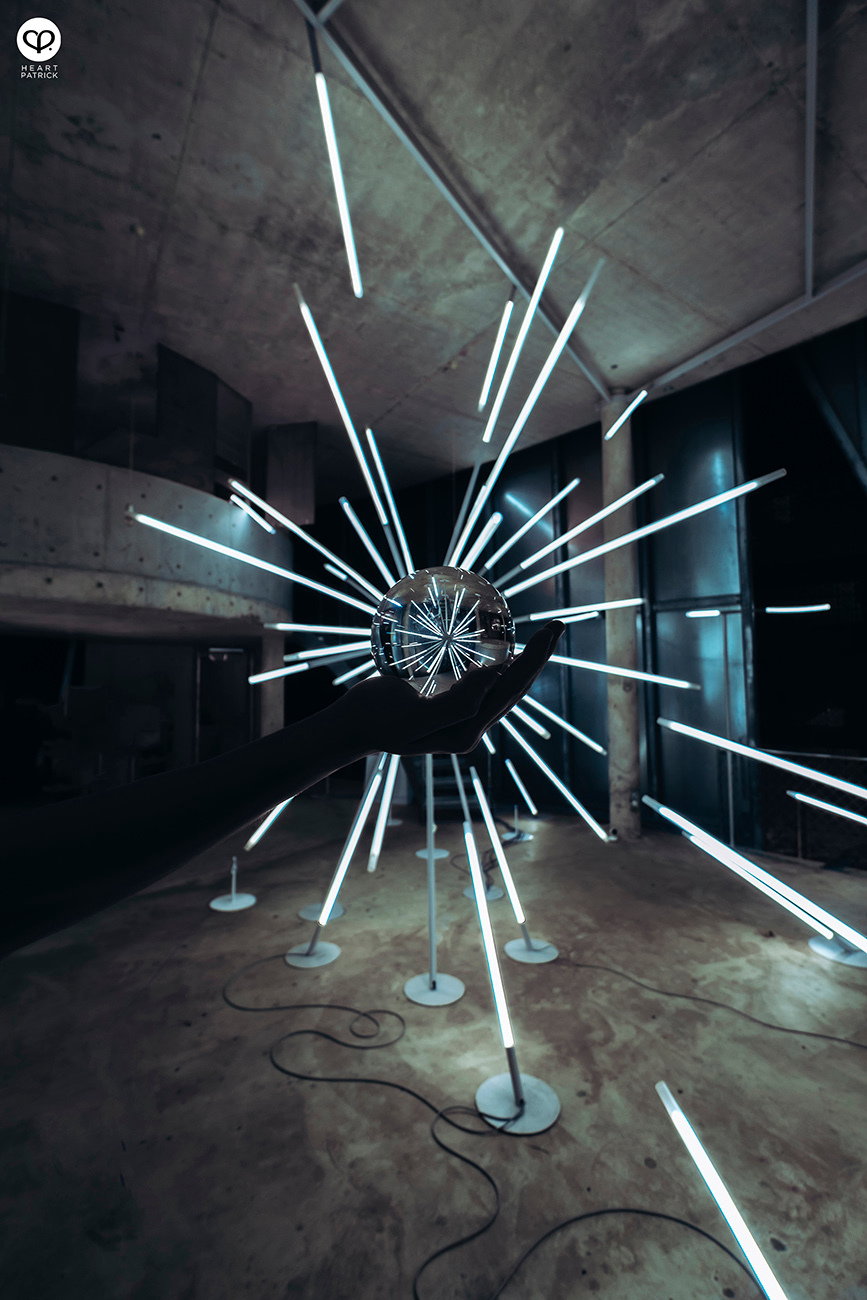 “I have been working on many light installation projects in different parts of the world with some of the most talented collaborators,” adds Ong. “Right before the pandemic, I was also offered a teaching position for lighting design at Sunway University which allowed me to create a research think tank on the innovative applications of lighting and its impact on human psychology.”

At the same time, light poses a challenge for Ong in his everyday life. “Ironically I have thin corneas, meaning my eyes are very sensitive to glare,” he notes. Hence my [apartment] is usually dark with only a few eye-level/low ambient lamps. I never turn on my ceiling lights. For me, my abode is my retreat. I start with darkness and then slowly use light to unravel the darkness.” 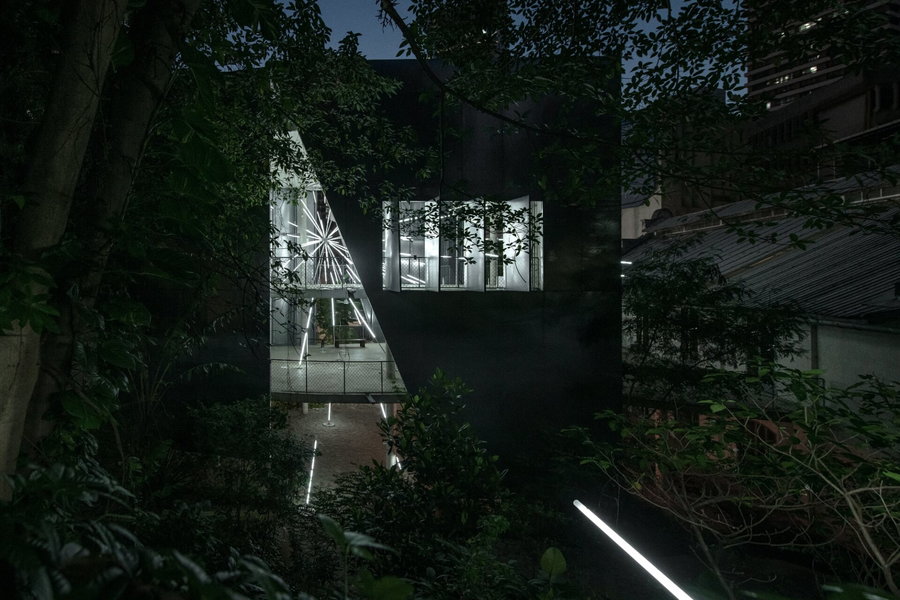 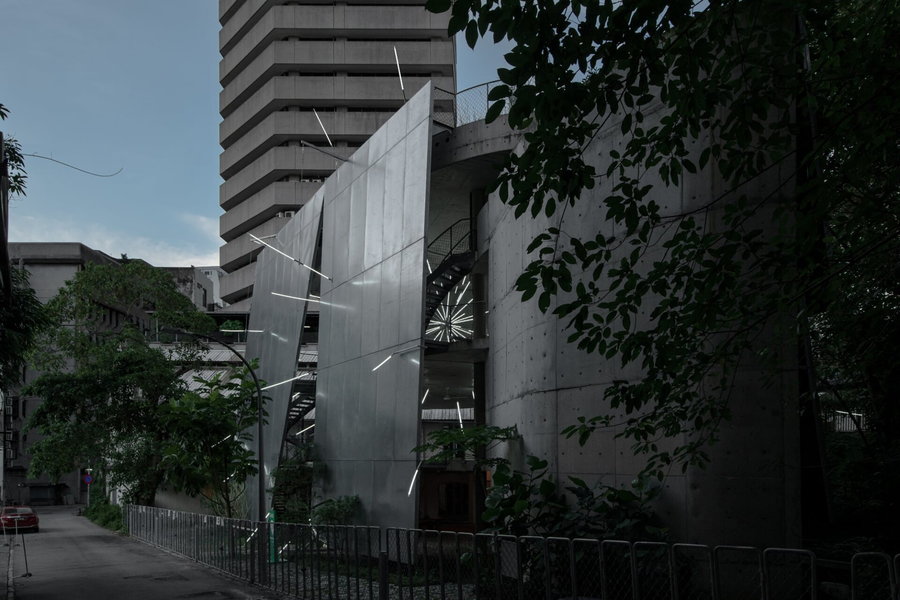 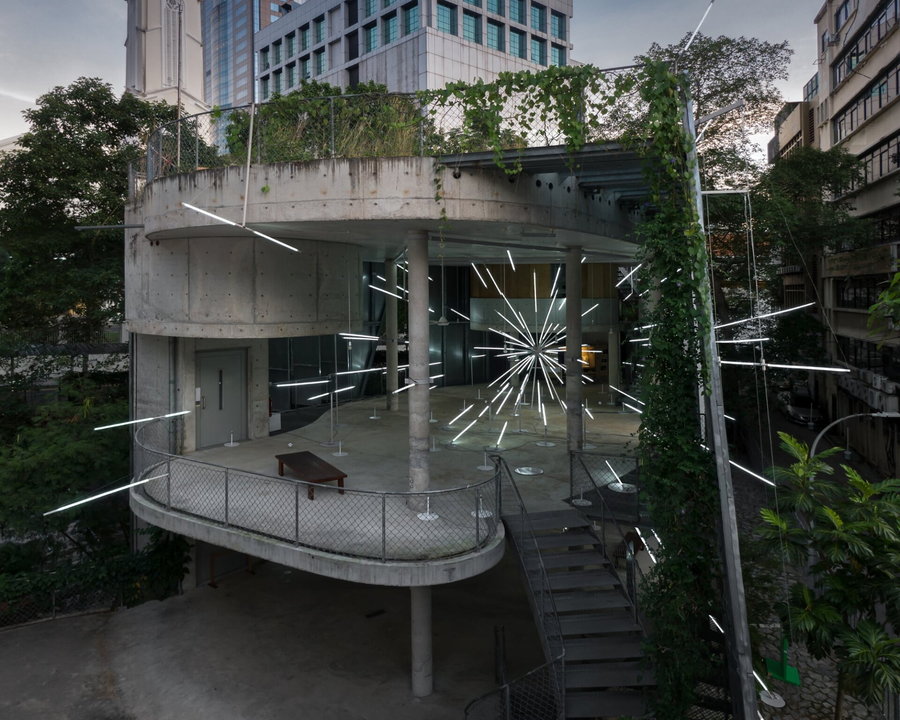 The STAR/KL project is open to the public daily from 6 to 10 PM until it finally meets its interstellar demise in March, giving us “new facets of thinking as terrestrial, cosmic, and human beings.”