A Finnish photographer has captured the wonders of the universe – not by turning his lens to the skies, but to the ground. 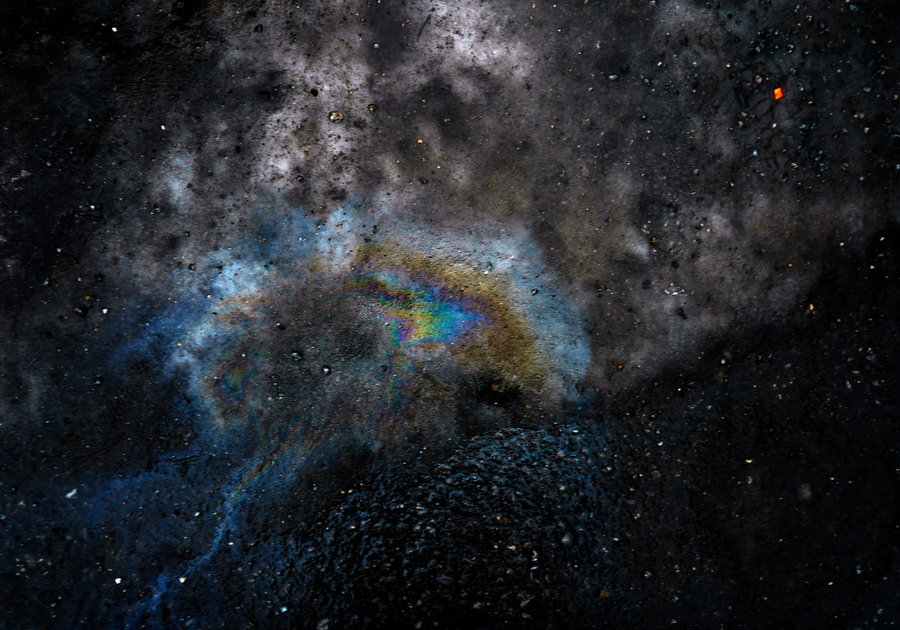 In a 17-year-long collection he calls “Hubble? No! Satellite? No!,” the 62-year-old Juha Tanhua turns interesting-looking gasoline puddles into an array of shimmering comets, nebulas, and galaxies that look very much like the real things. It all started in 2005, when on assignment as a photo journalist, he noticed a pretty pattern pooling beneath his feet. 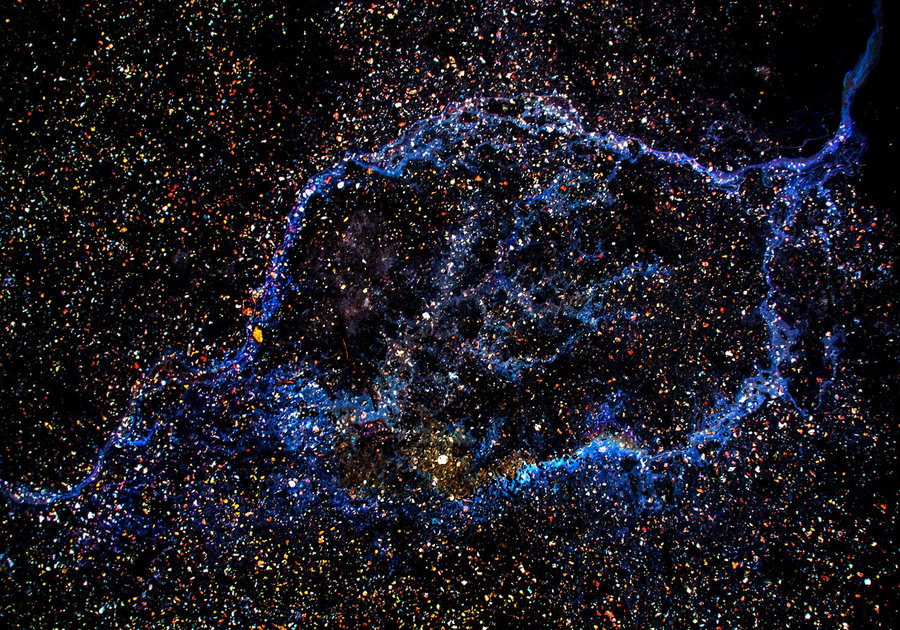 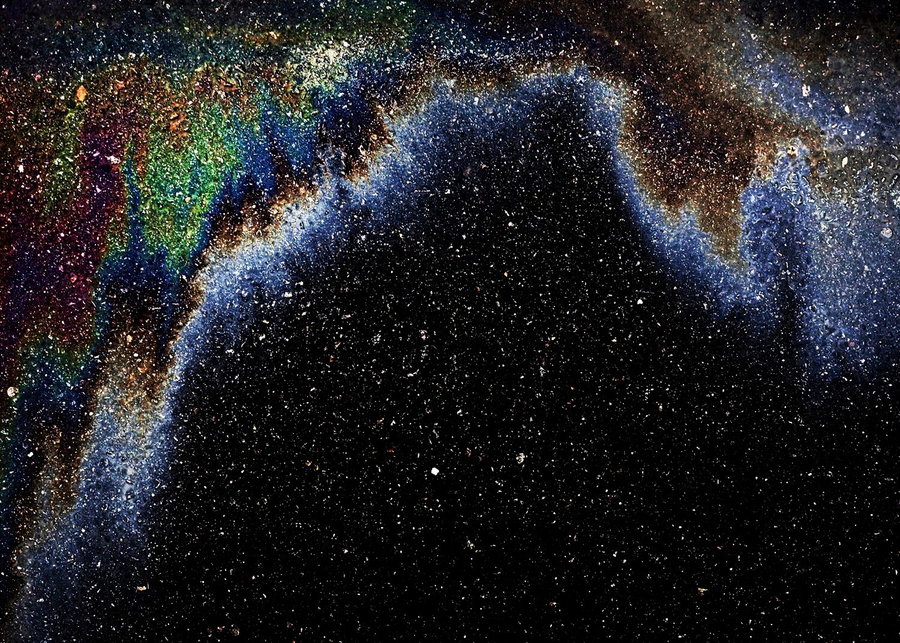 “When I was parking my car in Fellman Park in Lahti City (southern Finland) to take some photos to the newspaper, I noticed that next to my car there was an oil spill on the asphalt and it looked a little bit like northern lights,” Tanhua told My Modern Met. “I took a couple of photos and forgot the whole thing. Months later, I found that photo again and began walking in parking lots after rain to take pictures of these oil spills.”

“I named them oil paintings,” he adds, “because it looked like artworks under cars.” 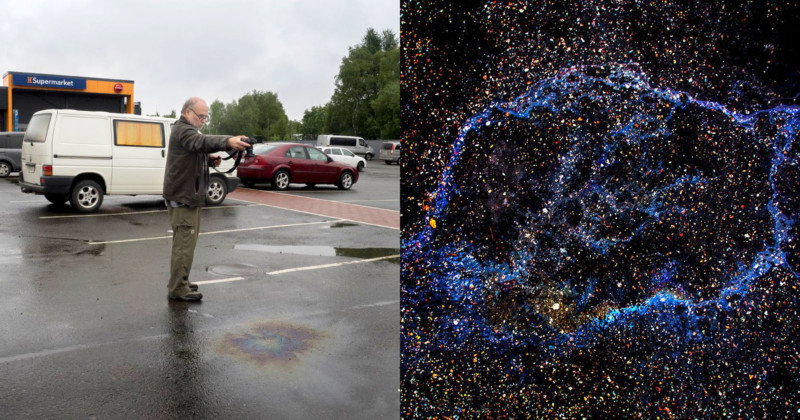 At first, Tanhua wanted to faithfully represent each puddle he found with minimal editing, but over the years he has experimented with adjustments to the contrast, shadows, and highlights to bring his celestial doppelgangers to life. He notes that “when I shoot against black asphalt and underexpose the image, the rocks on the asphalt turn into stars.” Tanhua’s editing work is so convincing that the viewer immediately sees interstellar clouds and red quasars instead of gasoline and tire marks.

The natural elements also play their part in creating these beautiful galactic scenes. Rain acts as a brush that “paints the artwork,” creating intriguing organic streaks and designs. 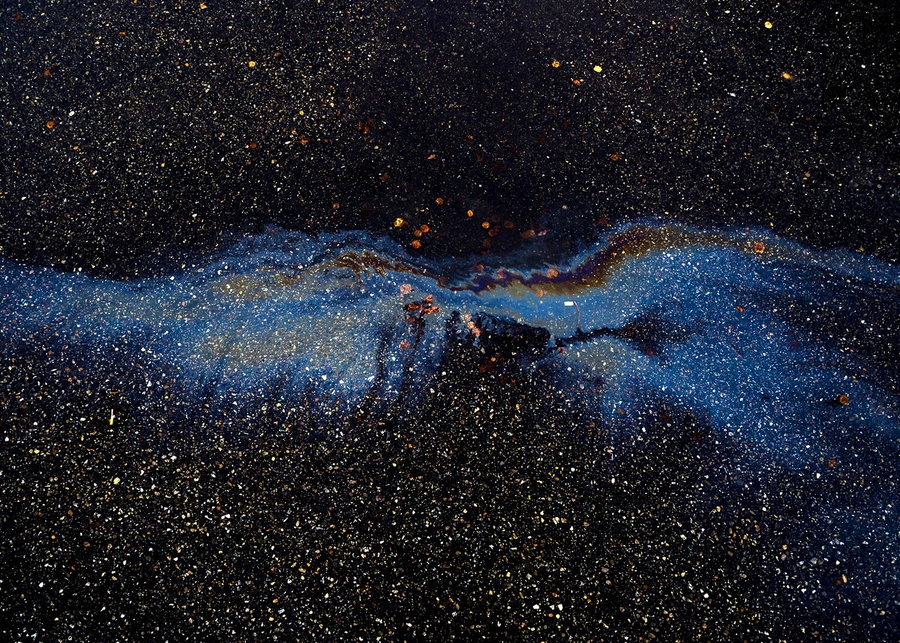 While the photographer notes that “Lapland is the perfect place to take photos of galaxies, nebulas, and other space objects because there is really not much light pollution,” he prefers the view below to a telescopic vista. “I don’t look up, but down,” he says. “It’s not space above us; it’s space under our feet. You can find subjects to photograph even in dull places like parking lots. Expect nothing, get everything.”

Tanhua’s work is a testament to the wealth of artistic inspiration in even the most commonplace settings. “I found a microcosm under parked cars,” he says. 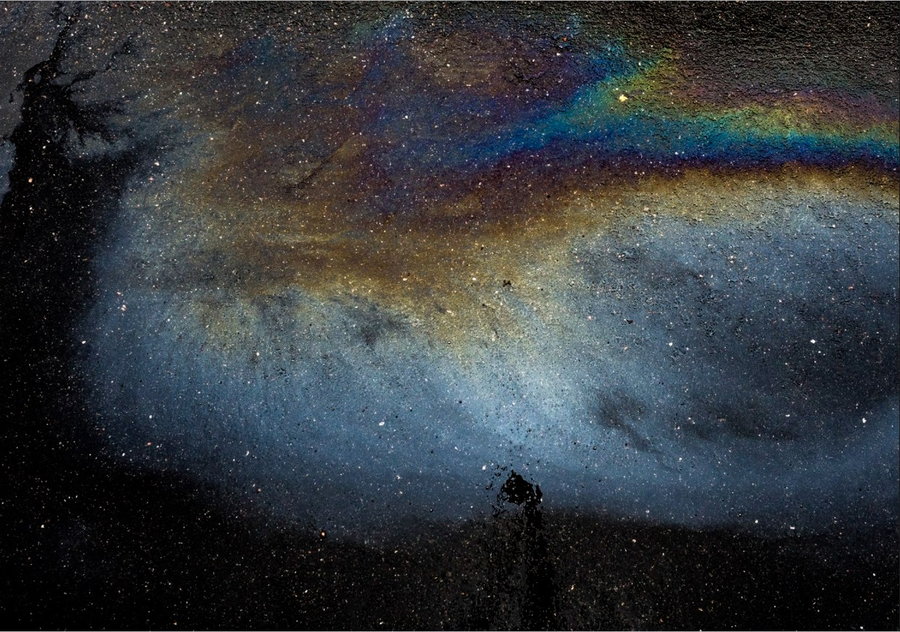 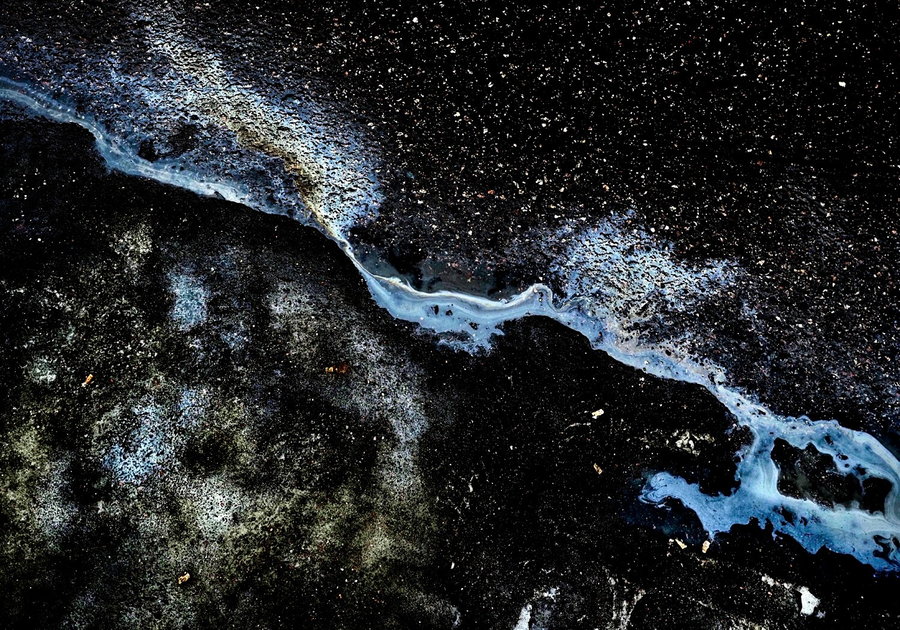 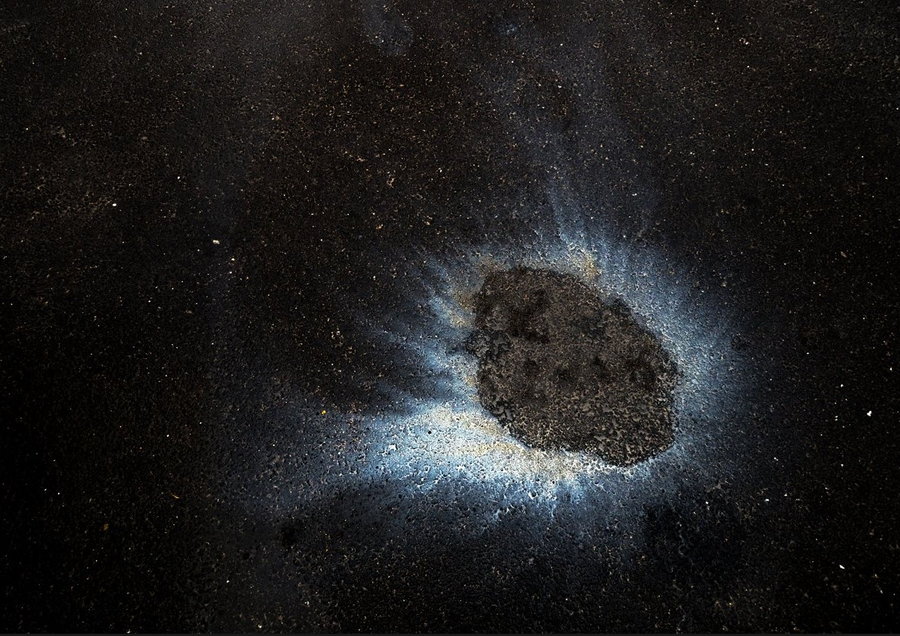 Tanhua got his start in photography at age 15, when his father returned from a trip to Japan and gifted him an Olympus 35 DC compact model camera. After beginning an apprenticeship in 1979 at a local photography studio, Tanhua began a career in journalism. Today he works as a freelance photographer, having created 10 solo exhibitions over the past few decades. His works are on permanent display at the Finnish National Gallery and Lahti Art Museum. He currently resides in the small village of Vuolenkoski, in the south of Finland.

His full collection of “space” photos is available to view on his website.