Boarding a pirate ship is one of the most dangerous missions the Navy can face, typically involving either dropping onto the deck from a helicopter or stealthily sidling up in a fast boat. Airborne snipers and drones hover nearby to assist specially trained troops as they subdue the pirate crew and search the vessel. But soon, this process might look more like a scene out of an Iron Man movie, with a soldier in a futuristic jet pack whizzing aboard. 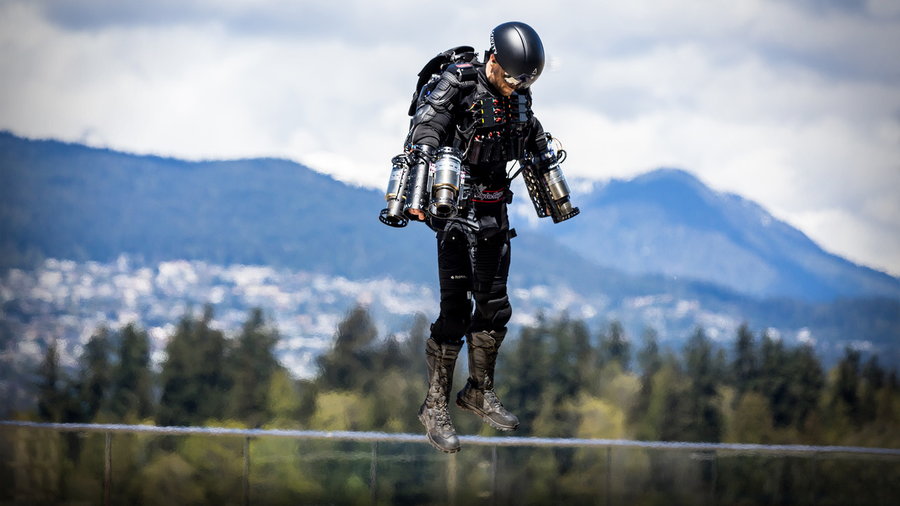 The British Royal Navy just completed a test of the Jet Suit by UK-based Gravity Industries, demonstrating how it could be used to gain control of a ship occupied by pirates, terrorists, or smugglers. In a video of the practice run, an employee zooms from a nearby inflatable boat to a Royal Navy Batch 2 River-class offshore patrol ship called the HMS Tamar. The process is carried out almost exactly in the usual manner of a “visit, board, search, and seizure” operation, or VBSS, as it’s known in the Navy, except for the whole “rocket man” part.

Once aboard, the pilot dropped a rope ladder so the soldiers on the speedboat could board the ship. The idea is “to provide extremely rapid access to any part of the target vessel, instantly freeing up hands to bear a weapon, and even retaining the capability to relocate on target or self-exfiltrate,” as Gravity Industries explained in a press release. “This is increasingly seen as a revolution in tactical capability for many special forces and has a much broader application beyond Maritime boarding.”

Gravity Industries CEO Richard Browning developed the Jet Suit for fun initially, setting and then breaking the Guinness World Record for the fastest speed flown in a body-controlled jet engine powered suit (at 85.6 miles per hour). In 2017, Browning himself demonstrated the suit at San Diego Comic Con for a panel called “The State of Iron Man Tech,” and in 2019, he piloted the suit through the Royal Navy’s Commando Training Center in Lympstone, Devon to show off what it could do. 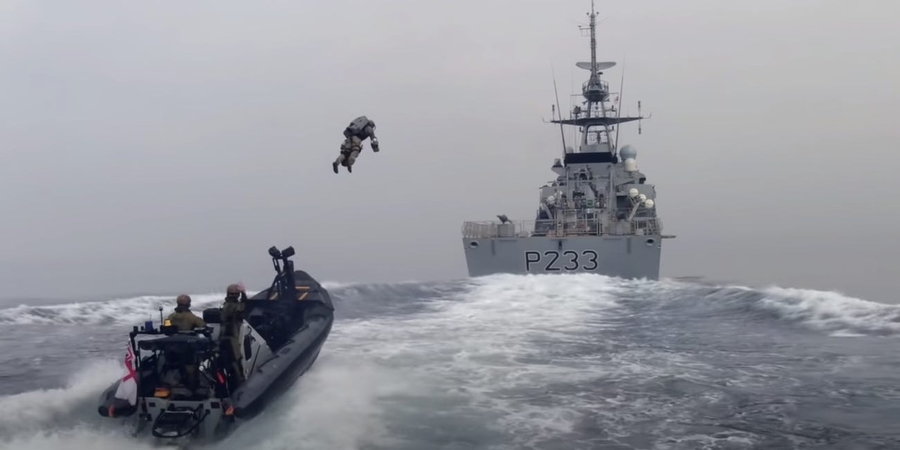 The Jet Suit is still in an experimental stage, and though it’s not quite ready to be adopted by the Navy just yet, it shows a lot of promise. Gravity Industries has already developed several versions of the suit, continually reducing noise and improving the pilot’s control. It has also tested the use of the suit in a training exercise with the Netherlands Maritime Special Operations Forces, flying it around the British aircraft carrier HMS Queen Elizabeth with civilians onboard. 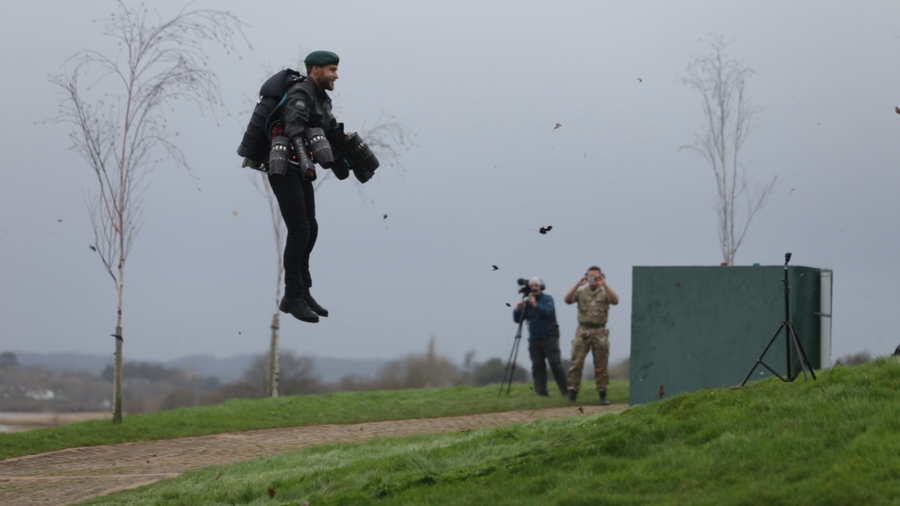 The $440,000 “Mk3” suit itself looks just as you’d imagine, with two arm rockets and a sleek jet pack. It carries 5.25 gallons of jet fuel, too, allowing it to propel a person weighing less than 200 pounds for about four minutes. New iterations will include a wing system that will help extend that range.

“It’s like that dream of flying you have sometimes,” Browning told Robb Report. “You are free to go wherever your mind takes you, there are no ties of gravity, and yet you aren’t a passenger sitting on or in a flight machine. You’re flying as a human.”

Naturally, potential uses of the jet suit reach far beyond military operations. It was tested as a novel way to rescue people from mountains in emergency situations by The Great North Air Ambulance in the UK, and of course, people want to use it recreationally, too. If you dream of having your very own Iron Man experience, Gravity Industries will train you to use the suit at their flight facility outside London for $2,800 USD.