Japanese architect Cohta Asano has designed an unusual house in the city of Fukushima. The building takes the form of several cubic volumes, which interlock and stack above one another to create a complex profile and massing. The structure’s complexity is also reflected in the home’s interior spaces.

The project is both personally and symbolically significant to the architect, as Fukushima was recently the site of a nuclear disaster that razed much of the area and displaced many of its residents. The plot of land on which the new house rests has been in the architect’s family for many years, but the original home was completely destroyed in a blaze that engulfed the site about six months after the disaster. This new construction, then, is essentially a clean slate for the architect, allowing him to bring his vision of an almost post-apocalyptic dwelling to life. 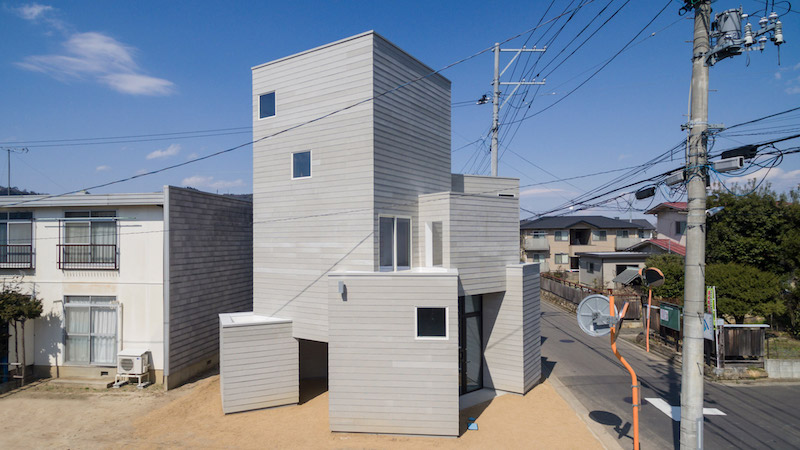 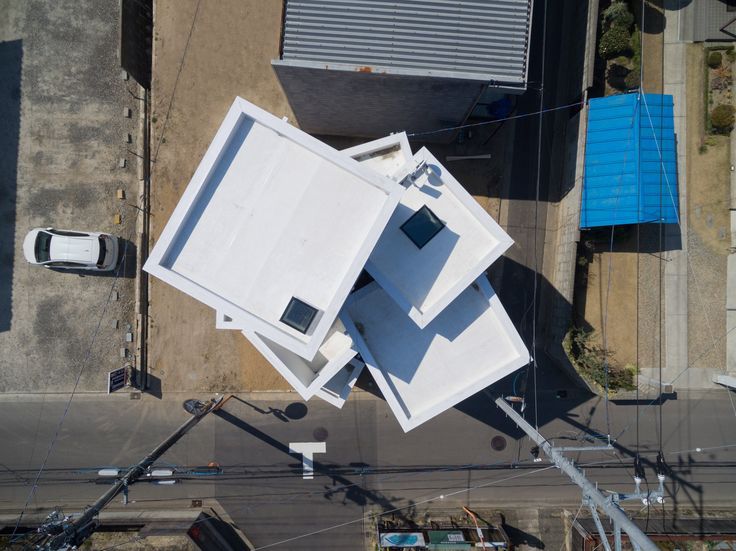 The building is composed of nine individual cubes of different sizes and volumes that overlap, interlock, and project out of each other, forming an unorthodox arrangement in terms of plan, section, and elevation. The result of this arrangement is a singular edifice that looks almost as if it has been made from building blocks and bears no relationship to the other houses in the area.

The new house is not only experimental, but it’s also appropriate in the sense that it’s located in a place which bears little resemblance to its former self. Adorned in light grey wooden slats and irregular windows that punctuate the facade at various intervals, the house has no obvious back, front, or doorways. Instead, its entrances have been organized around junctions and between the blocks. 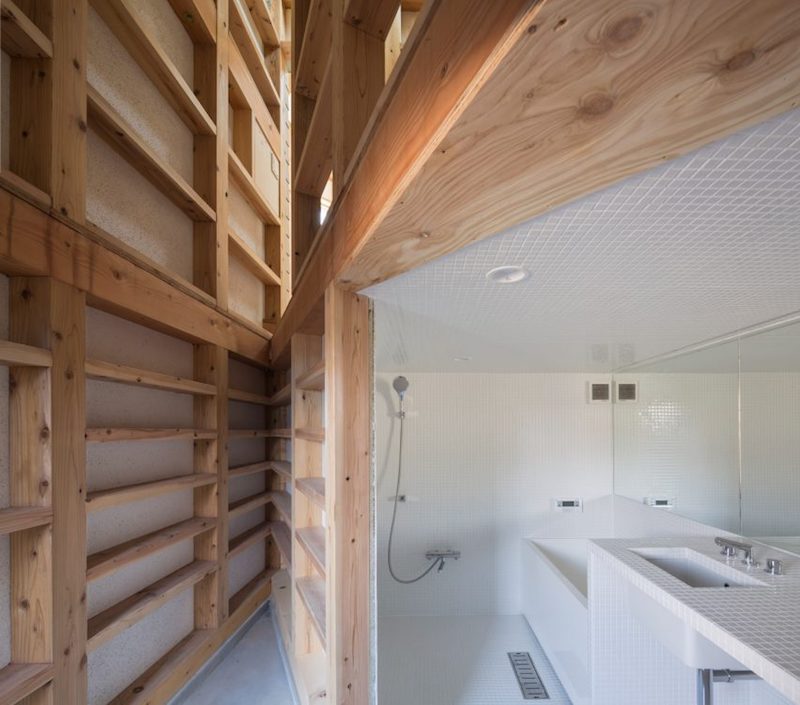 Inside, the spaces are arranged in an unexpected and perhaps disorienting way, as dictated by the irregular placement of the cubes outside. There are a number of double and triple-height areas in the house, as well as mezzanine and split-level ones. Nonetheless, the home’s organization is not hierarchical — it’s merely the result of the angles at which the boxes were positioned and their relationship to one another.

The architect says of the house: “The nine cubes, which are split by angles, create harmony and various spaces, by length or size and so on.” The house takes up 70 square meters of floor space, less than you might expect for such a large construction, which alludes to its wealth of open air and natural light. 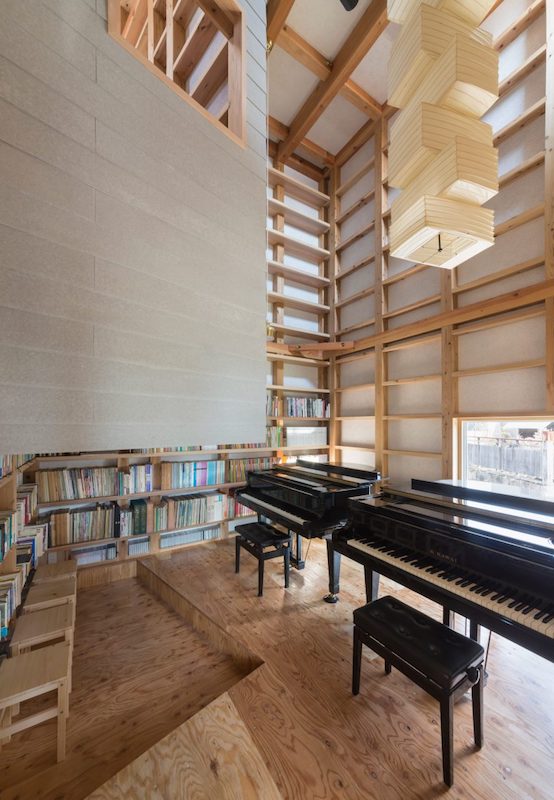 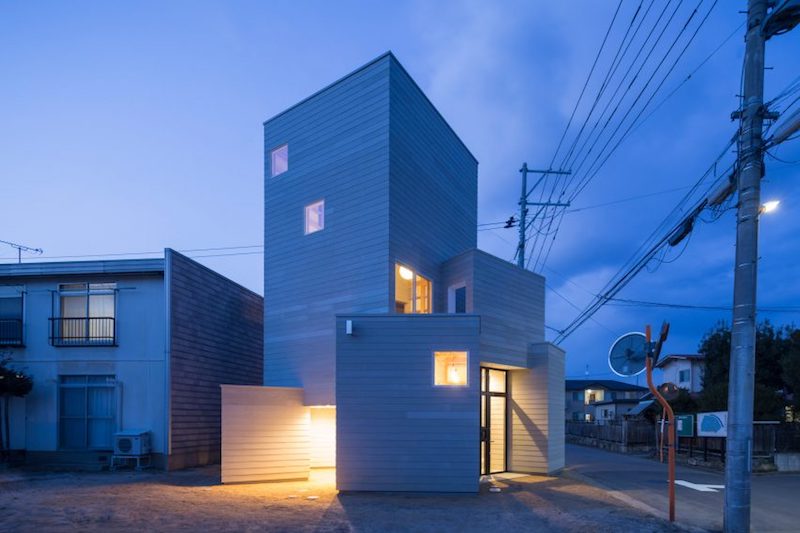 The interiors are minimal to the extreme, with the house’s wooden frame taking center stage and allowing for shelving units to be created from the internal structure itself. Openings that connect each area have been made where the boxes overlap, creating a sense of transparency and establishing a relationship between disparate elements of the house.

Many of the walls reveal the exposed grid of the underlying wooden framework, but in some places, the gray timber slats that were used to clad the facade have been brought inside, creating a stylistic link between the home’s interior and exterior. The architect currently lives in the house with his mother, but he hopes to expand and adjust the structure later on to meet his family’s future needs.