Do you ever daydream about having a room that can open up to let the fresh air and sunlight into your home? It could be a sunroom with glass walls, brimming with a lush array of houseplants; a lounge where you entertain guests; or a furnished open-air living room like the one they used to call a “lanai” on The Golden Girls. Typically, these designs are found in tropical or temperate locales, where people don’t have to worry about drafts seeping into their houses or particularly harsh winters.

To create such a transitory space in a colder part of the world, it seems like your walls would just have to disappear whenever you needed them to! If you’re like most people, then that sounds completely impossible to you. Even modern homes that have been equipped with sliding walls have to store them somewhere. Usually, that means overlapping the automatic walls with stationary ones or sacrificing some outdoor views. In an effort to solve this dilemma, Bergmeisterwolf Architekten has come up with a stunning alternative. 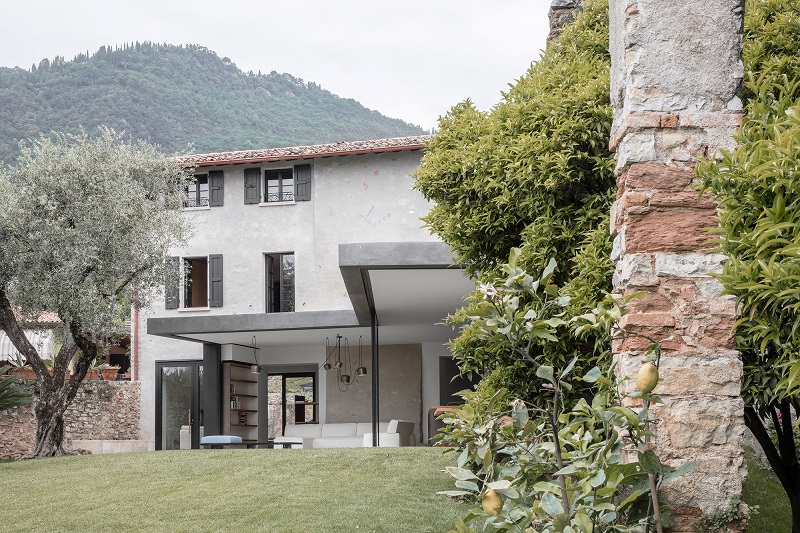 For “House F on Lake Garda,” a 250-square-meter extension of a 16th-century villa in Toscolano-Maderno, Italy, the firm created a series of sliding floor-to-ceiling windows that sink into the ground with the push of a button, turning an indoor space into a room that’s fully exposed to the elements. The design redefines what an indoor/outdoor space means by blurring the lines between the two areas more than ever before. Plus, it’s just plain fun to watch the walls in action, because they look like something out of a science-fiction film. Not bad, huh?

House F’s roof functions as a second-story terrace for the historic home and boasts an exterior staircase that leads down onto the lawn. The architects used dyed concrete “in symbiosis to the existing plastered stone facade” of the villa, contrasting modern and traditional styles in a way that isn’t too harsh or jarring. Warm wood accents brighten up the structure’s color palette and counter the roughness of the surrounding concrete. There’s a sense of harmony to the way space flows from the interiors of the original structure into those of the extension and finally out into the yard.

Outside, the rectilinear shapes of the glass-walled extension are echoed by a long and narrow lap pool, whose graduated floor gently slopes from the shallow end down to the deep. The pool reflects the sky and adds a sort of elemental balance to the lakeside lookout. 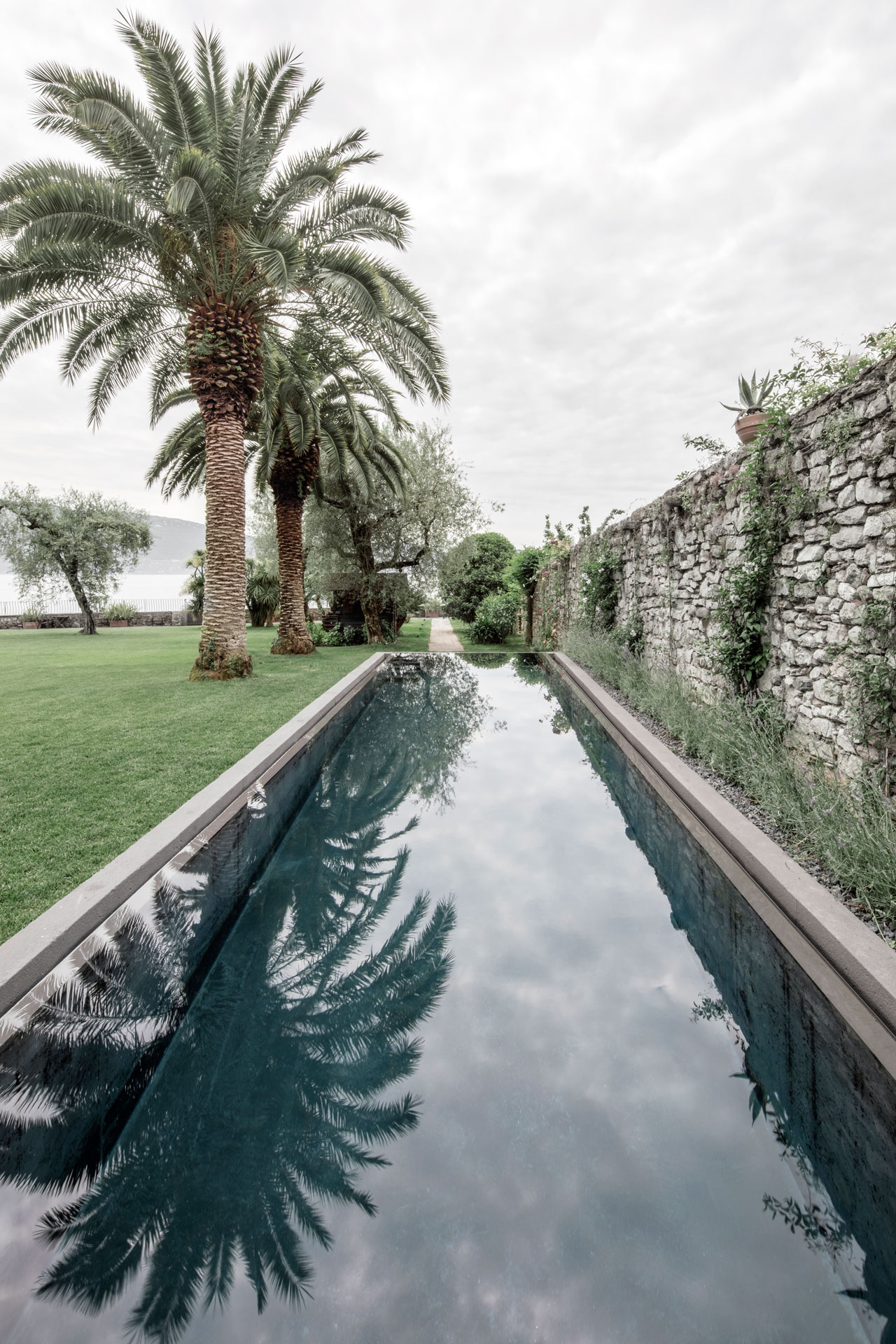 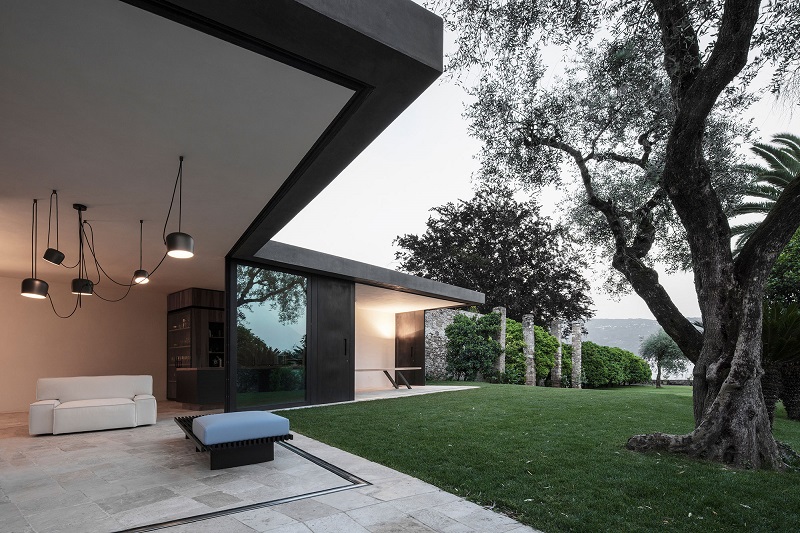 The architects describe the project as “[a]n integration of existing, new building and garden. A canopy to the house and again to the canopy. Glasses, which can be displaced downwards or disappears effect this change. Roofing, the roof at the same time developed as a terrace with an integrated exterior staircase develops as a connecting element between the garden and the garden… working with distances, and interspaces. Integrated into the garden itself, a bathing house is created, positioned between an existing limonaia wall and the 100-year-old palms.”

All photos by Gustav Willeit