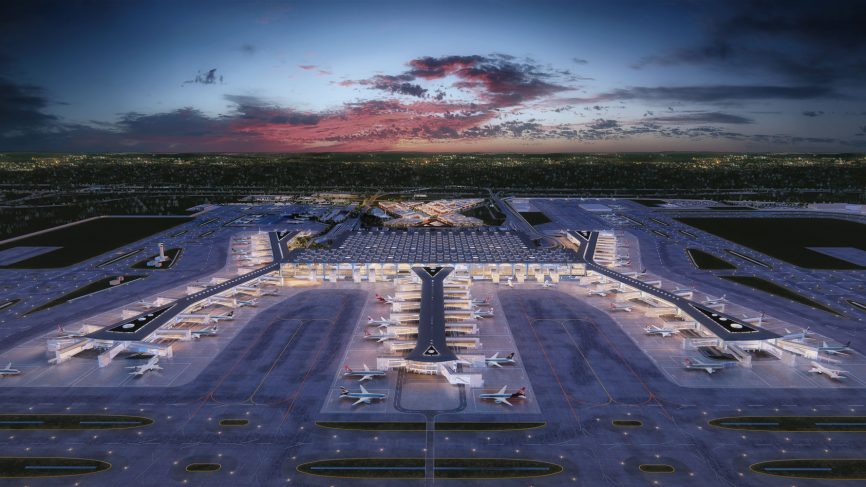 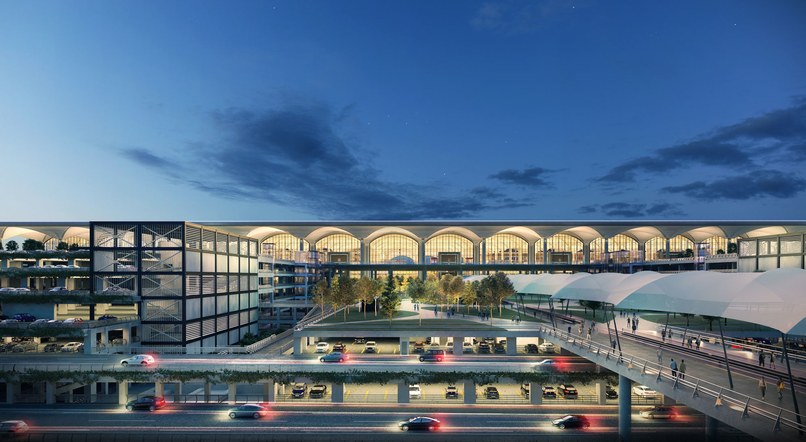 It’s certainly striking, thanks in no small part to its dramatic vaulted ceilings pierced with a pattern of triangular skylights and an air traffic control tower in the shape of a tulip (Turkey’s national flower). The architects drew inspiration from ornamental baths, domes, mosques, and other classic Turkish constructions for a result that will never be mistaken for any other airport in the world.

“The ever-changing hues and tones of Istanbul inspire the interior, where a slatted roof is layered to reveal a play of light, a subtle range of blue colors, and a discreet geometric pattern,” says iGA, the company responsible for building and managing the airport.

All that natural light, combined with hundreds of full-sized trees, strips of vivid green grass, and the petal-like shapes created by the soaring canopies, gives the airport an airy, welcoming feel. It’s also comprised of 22 LEED-certified buildings made from environmentally friendly materials that consume 21 percent less energy and 40 percent less water than average.

As if all that weren’t enough, the airport has also been equipped with brand new technology like augmented reality (to assist with wayfinding and other customer service needs) and biometric smart kiosks. Even the baggage conveyer belt spans an incredible 26 miles (42 kilometers) in length. Passengers will be able to choose from hundreds of shops and restaurants in between flights, and families can enjoy seven generously-sized play areas spread throughout the terminals. Lush, garden-like outdoor spaces and oversized screens displaying travel scenes aim to reduce a bit of the stress that comes with air travel. 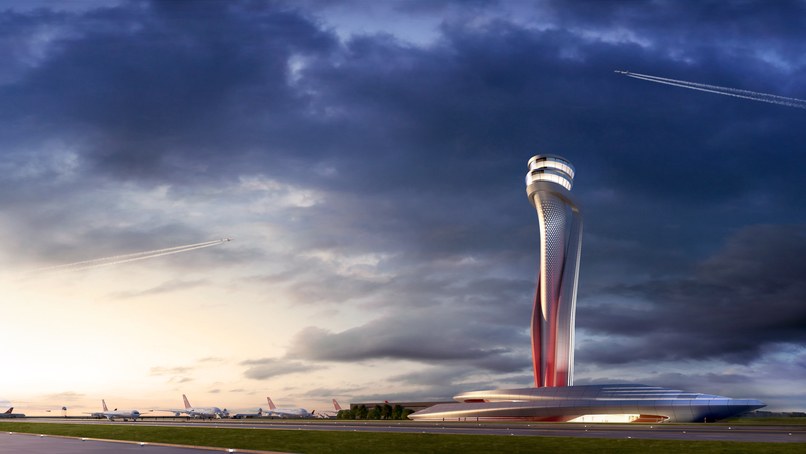 The staggering size of Istanbul New Airport owes to the sheer number of travelers that pass through the city each day, which is still growing rapidly. Just one of three terminals has opened so far, with the rest still under construction. Over the next few years, that terminal will accommodate around 90 million passengers annually. By the time the airport is fully complete between 2025 and 2027, that figure is expected to reach a whopping 200 million.

In terms of more basic infrastructure, the airport features six runways, 500 check-in counters, and 143 boarding bridges across 77 gates, allowing as many as 114 planes to be docked at the same time. The most expensive public works project in Turkey’s history, it cost $11 billion to build, with the first three phases of construction being completed in just three and a half years. At the end of 2018, all planes and equipment from Istanbul’s now-obsolete Ataturk International Airport will be transferred to the new facility. 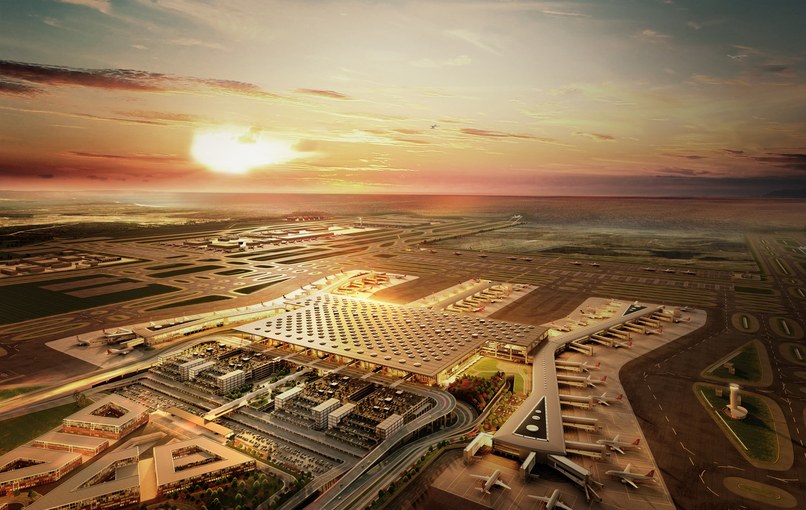 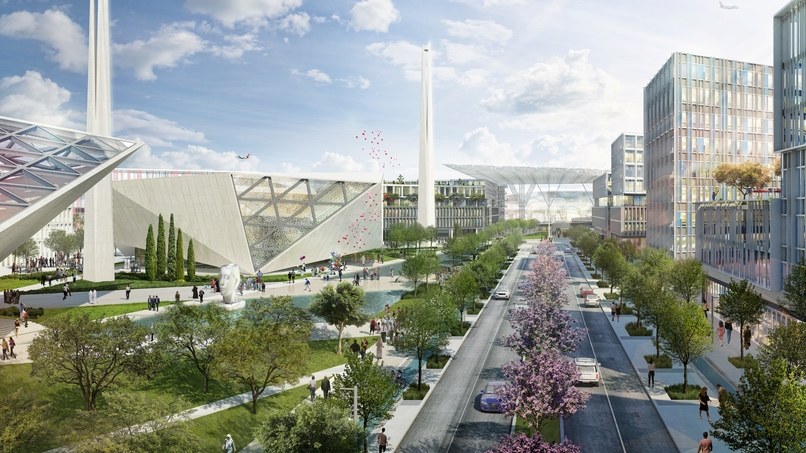 “We have completed this project, and we are officially launching the first stage,” said Turkish President Recep Tayyip Erdogan at the opening ceremony on October 29th. “We did not build the Istanbul Airport for our country. It is a great service to the region and the world.”